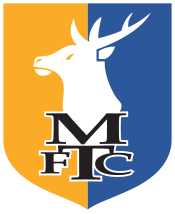 
Mansfield Town Football Club is an English football club from the former mining town of Mansfield, Nottinghamshire. The club was formed in 1897 as Mansfield Wesleyans and changed its name to Mansfield Wesley in 1906 before settling on Mansfield Town in 1910. They are nicknamed The Stags and traditionally play in amber and royal blue.
The club is competing in the Conference National, following their relegation from the Football League in the 2007–08 season. They had competed in the Football League from 1931 until their relegation.
The club has three honours, having won the Fourth Division title in 1974–75, the Third Division in 1976–77 and the Football League Trophy in 1986–87. The club also finished as runners-up in the 2010–11 FA Trophy.

Aim of the story

The aim is to get Mansfield to the dizzy heights of the Premier League and European Glory. However the going gets tough and I am not enjoying the story, i will consider moving club.
Login to Quote

Deleted
9 years
I'm a Mansfield fan so looking forward to this!
Login to Quote 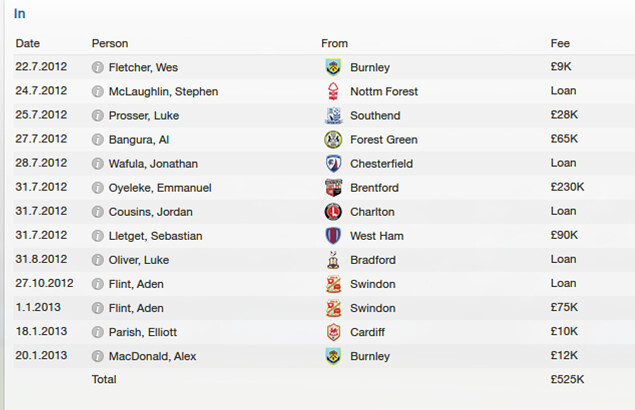 I am very happy with my signings. All are young players with promising futures. Most of the loans come with an agreed future fee. In particular I am happy with Wes Fletcher, Aden Flint and Jordan Cousins
Login to Quote

Jamesg237
9 years
It is amazing that a "lesser" team like Mansfield have that kind of money to spend. Have you used monthly installments? A good start to this story.
Login to Quote

They gave me 250k transfer budget. With a bit of budget adjustments and monthly installements I managed to pull these transfers off! Really hoping for promotion and good cup runs to pay off some of the transfers though

Jamesg237
9 years
If you have made the right signings for your team then there is no reason why you won't have the success you need to pay off the transfer fees. I personally avoid bringing in a new whole squad at a time as it takes a while for the players to settle in.

Here's to you have a good season!!
Login to Quote

Jer
9 years
It will be interesting how this goes, as there is another Mansfield Town story in the site! Great signings!
Login to Quote


This is my story, however i will be following this story to see where which route you go down, the similarity and differences between our two storys and how well you do, good luck chap!
Login to Quote

Moredhel
9 years
I also love Mansfield, so much actually that I bought a shirt (I live in the Netherlands)

Had amazing seasons with them in FM12 but can't seem to live up to those results in 13, thanks to the absence of Riley, Naylor and my favorite signing Gary Wales (he's a blast for lower league clubs).

will be following!
Login to Quote

You are reading "Mansfield Town: Stags on the Rise".