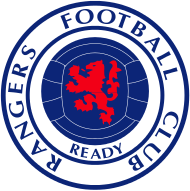 Glasgow Rangers have today announced that they and Alistair McCoist have now parted ways and they are currently under going a search for his replacement, it is believed that an argument involving McCoist and Charles Green has led to his departure although no exact details have been confirmed.

Justice
7 years
Good luck Mark, I know that this will be a good one

Blue
7 years
Good luck with this Mark! Great to see you back at Rangers!
1
Login to Quote

Thanks Justice, ive went back to my team

Thanks Blue, i feel alot more confident this time, after playing other teams around the leagues Rangers have today announced the appointment of rookie manager Mark Kolatowicz, after seeing of the likes of former manager Alex McLeish, Former player Gordon Durie. Kolatowicz has stated that he is absolutely delighted to be hired and that it was a dream come true.

"I have alot of visions about the future for this club, i see many forms of silverware coming our way, we will back in the SPL in my 4th season and we will win that aswell, my main aim is to turn Rangers into a top european force"

"i dont have any transfer targets in mind as i feel we have a strong team already, we have many young players that i will be looking to tie down on long term contracts and we will work on tactics based around these young players so that when we make the step up in class we will be a force not to reckoned with"
Login to Quote


New Rangers manager Mark Kolatowicz has today announced that 14 of his youngtters have all agreed new deals after hearing what Kolatowicz had to say about them becoming the backbone of the team.

AlexSonwild
7 years
Great start. I will surely be following this Mark

Getting To Know The Squad


After meeting with my assistant manager, we decided it woould be a good idea for us to set up a bounce game between out first team and our reserves to get a good idea of each sqaud. This is a brilliant way to get my tactics across the table and let the players get a feel off what i want from them before we head into our pre season time-table. 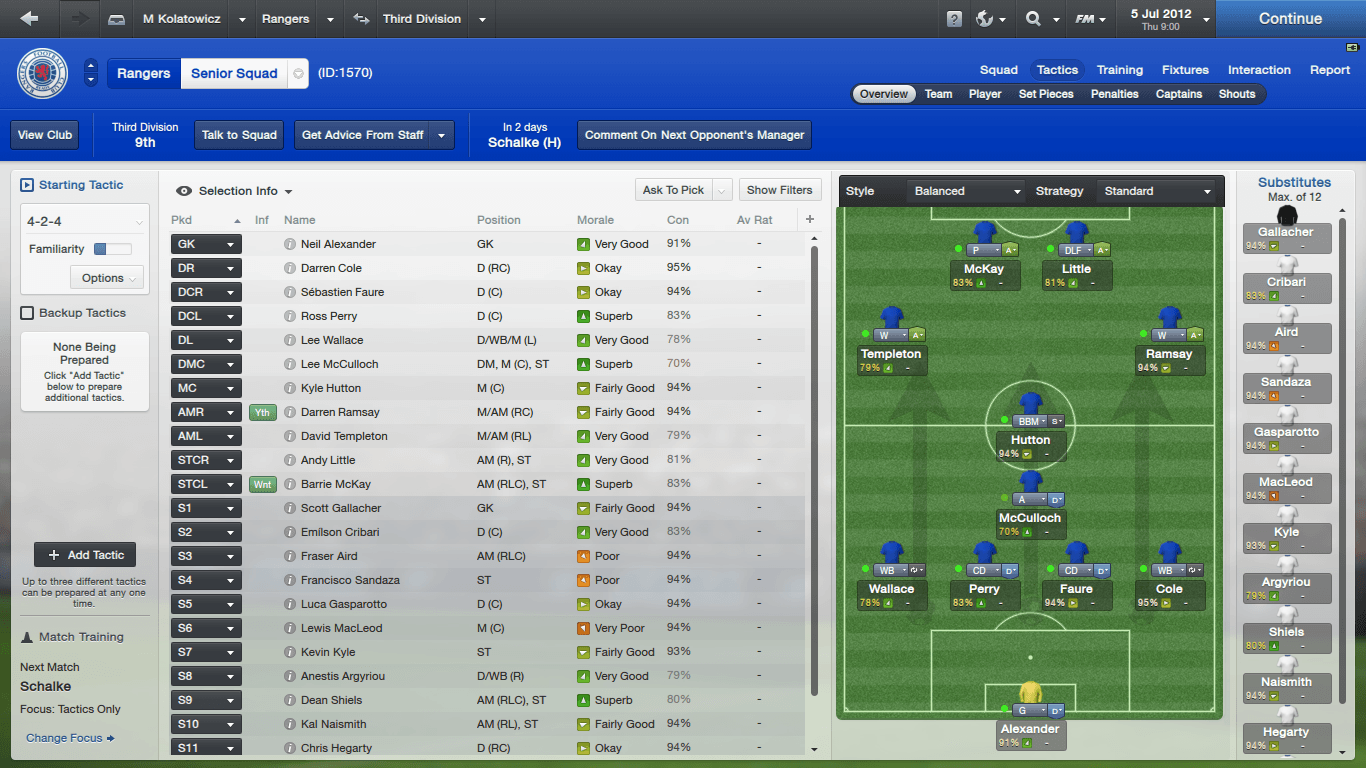 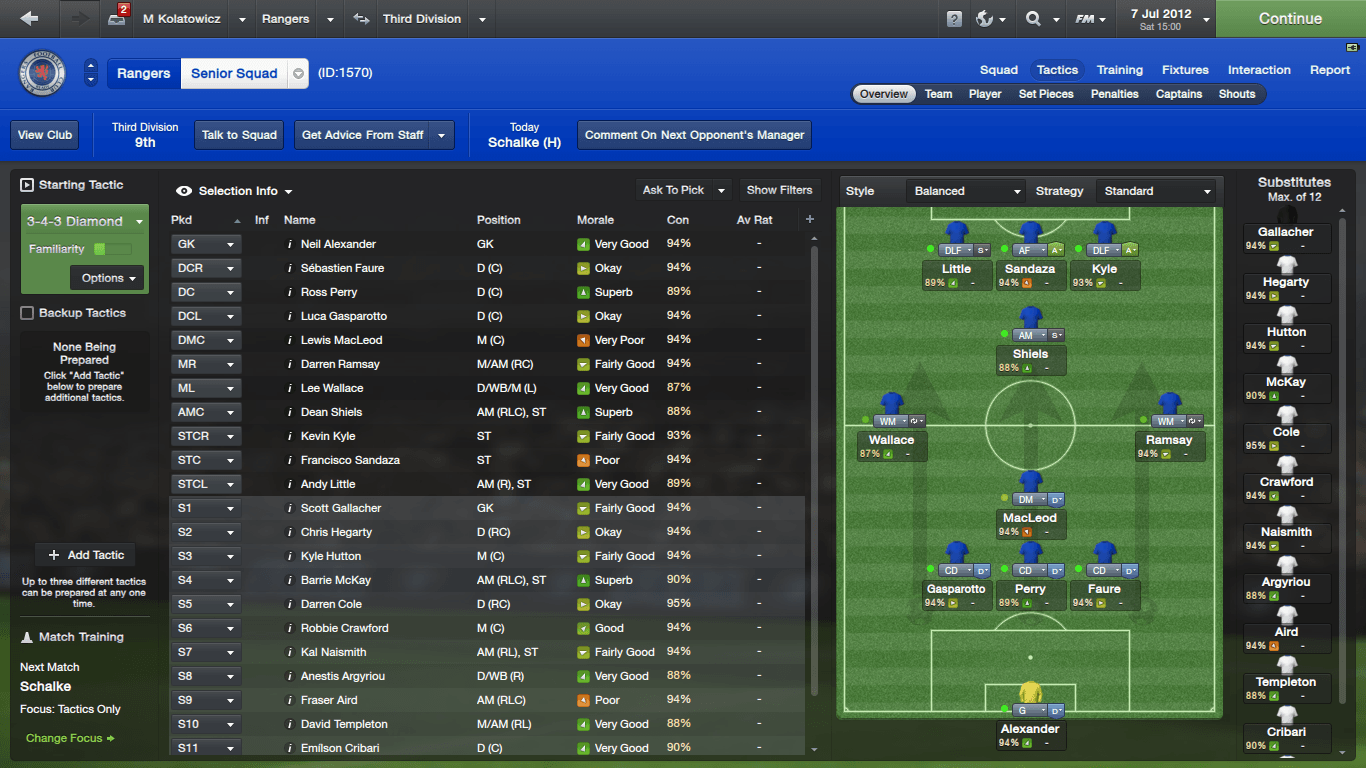 please not that these are not the correct line ups 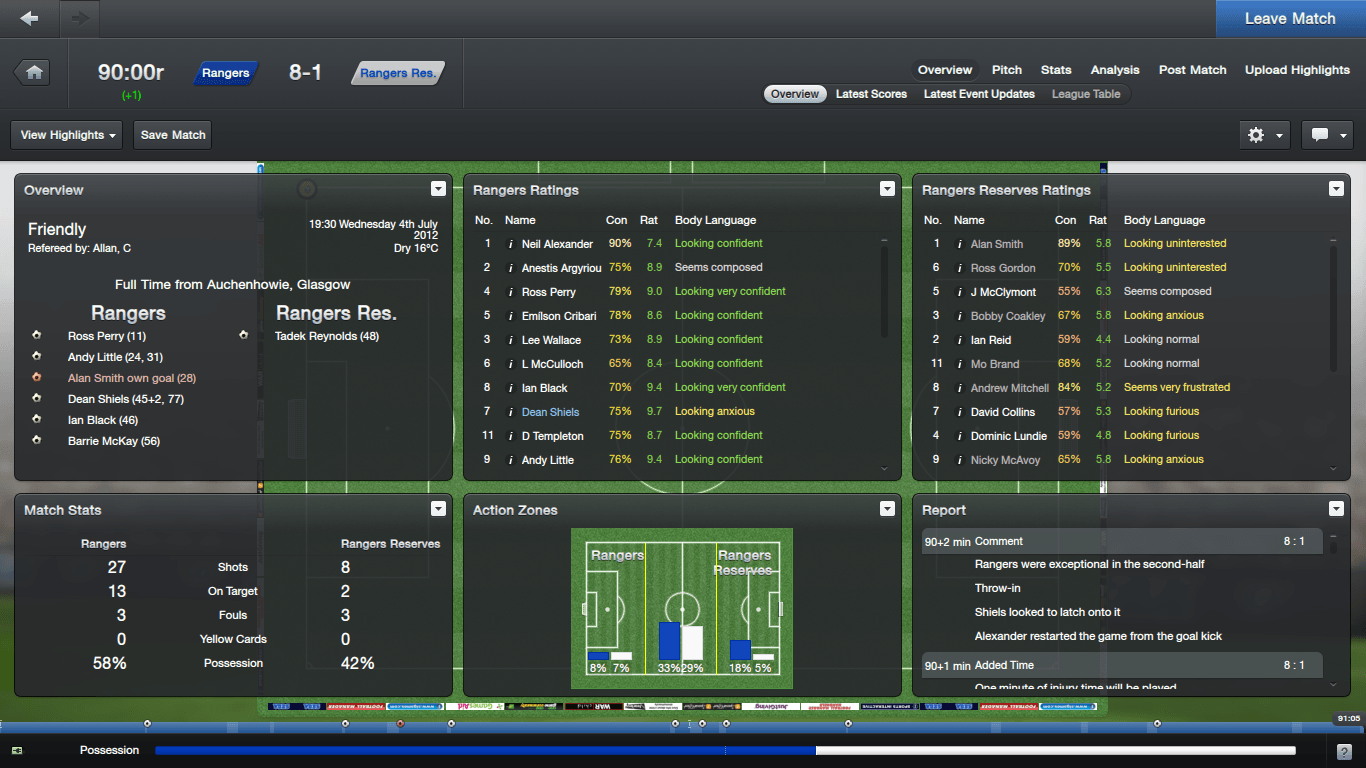 Louis O.
7 years
Nice update Mark, I had a Rangers save but it got a little boring cause I kept having to play Celtic (drew them in every cup) so I decided to write a story on here

AlexSonwild
7 years
Nice tactics. The third one is intresting!
Login to Quote 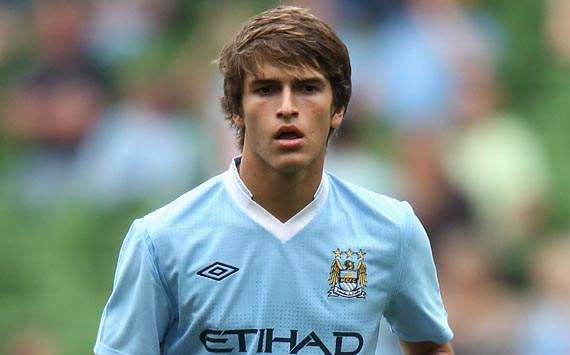 Manchester City youngster Denis Suárez has decided to join Rangers on a two year loan deal where he will rejoin City in 2014. The young spanish player is only 18 and is Kolatowiczs first signing since taking over as manager.

"Weve looked at alot of players over the last week and Suárez really stood out and it helped that City were more than willing to loan the player rather than sell, appealed to us aswell, we arent in a great financial situation at the moment, we will however be looking for 1 or 2 more loanee signings"

Suárez will be paid in full by Manchester City for the duration of his loan.
Login to Quote

Justice
7 years
Nice signing, hopefully he will have the hunger of his namesake!

he would probably recieve a 'Glasgow Kiss' if he attempted that ;p
Login to Quote

You are reading "Rangers Football Club - the Kolatowicz era!!".