LFCsedso
6 years
Hello guys I am sedsosedso's cousin luckily for me I'm a Liverpool fan whereas he's a United fan. Living in a house full of United fans is difficult and this story will show Liverpool Football Club is better than Manchester United (who aren't even based in Manchester). Well my next update will be showing any transfers i have and the tactics i will be using.
Login to Quote

LFCsedso
6 years
Hi guys im back with a transfer update and i haven't been very busy. I have sold one player and bought one player. There was also a few loans out to npower league 2, mostly. Here is the genral overview of the transfers. 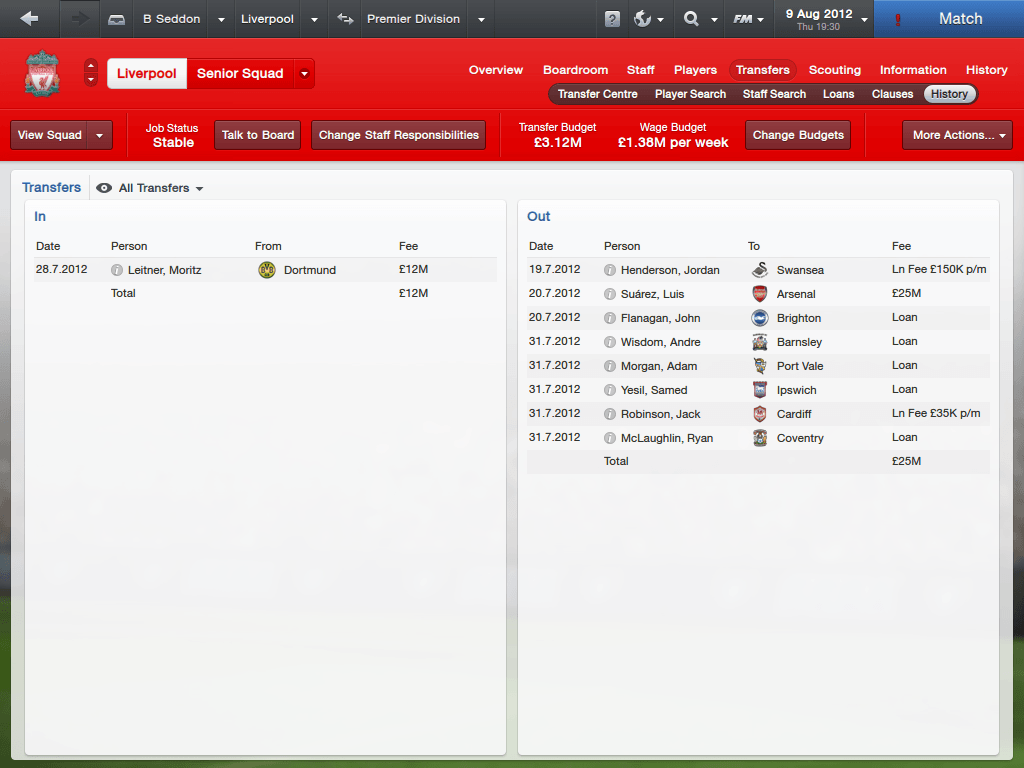 As you can see i got £25 million pounds for Luis Suarez aka Jack Russell and bought a good prospect from Dortmund being Leitner. He is fast and is very good on the ball but his finishing isn't the best. I am trying to improve his finishing stat so once he is in an advanced area he can shoot and possibly score. 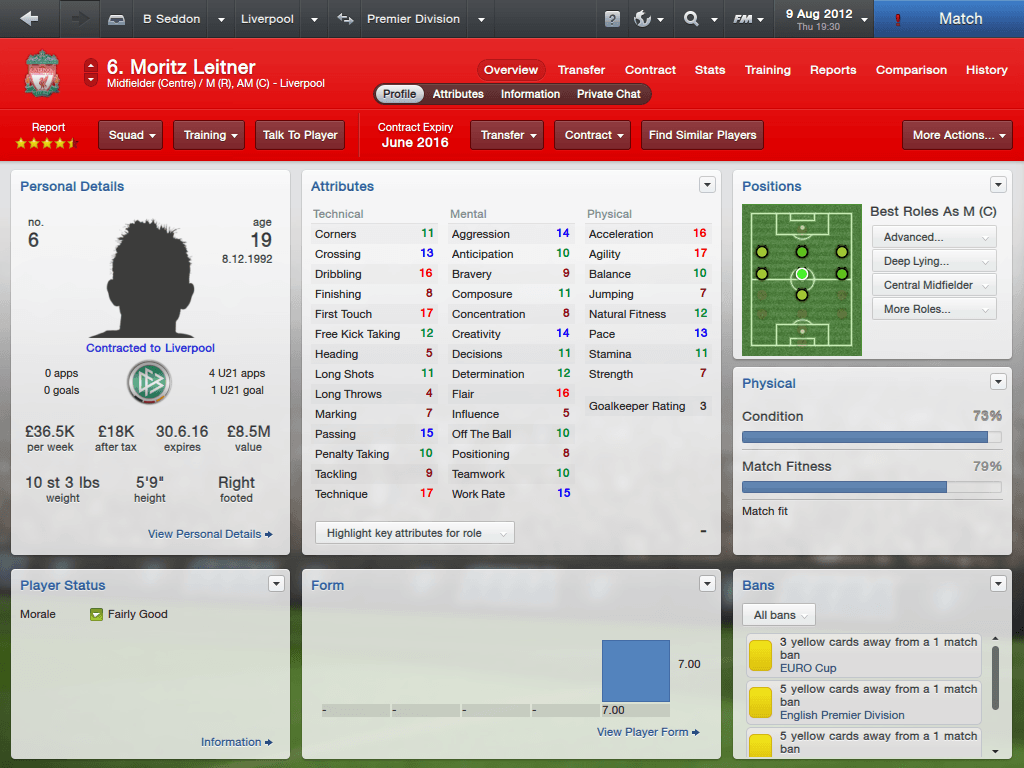 Thats it for now my next update will be showing you preseason.
Login to Quote

Blue
6 years
Are you sure selling Suarez and not buying a replacement was a good idea? Good luck anyway sedso
1
Login to Quote

Ziechael
6 years
Careful selling Suarez doesn't come back to 'bite' you in the end! (That's right, i went there lol)

Good luck with the story, will be interesting to see what a Liverpool, minus Suarez, can acheive.
Login to Quote

BeanyUnited
6 years
Very odd decsion not to replace Suarez and not a very good fee for him, but Leitner looks like a top player! Good luck matey!
1
Login to Quote

Neal
6 years
I love Leitner IRL, a real gem, but a bit of a tough decision to sell Suarez. Hopefully the others can pick up the scoring slack.
Login to Quote

FMJynx
6 years
Now arsenal have Suarez and Giroud who are two of the most prolific strikers in the premier league, I fear the resuls of LFC vs Arsenal but good luck, should be very interesting

JasonRM
6 years
You're being risky by selling Suarez, but Borini and Sturridge can perhaps turn into gems at Liverpool for you at Striker with more game time. Leitner loos class, and I wouldn't be surprised he he turns out to be a World Class player. Good Luck

LFCsedso
6 years
Thank you for the comments guys, I have thanked all of you
Login to Quote

LFCsedso
6 years
Hi guys im back with a update including two new signings and EURO cup fixtures as well as the league fixtures. So lets start with the transfer history. 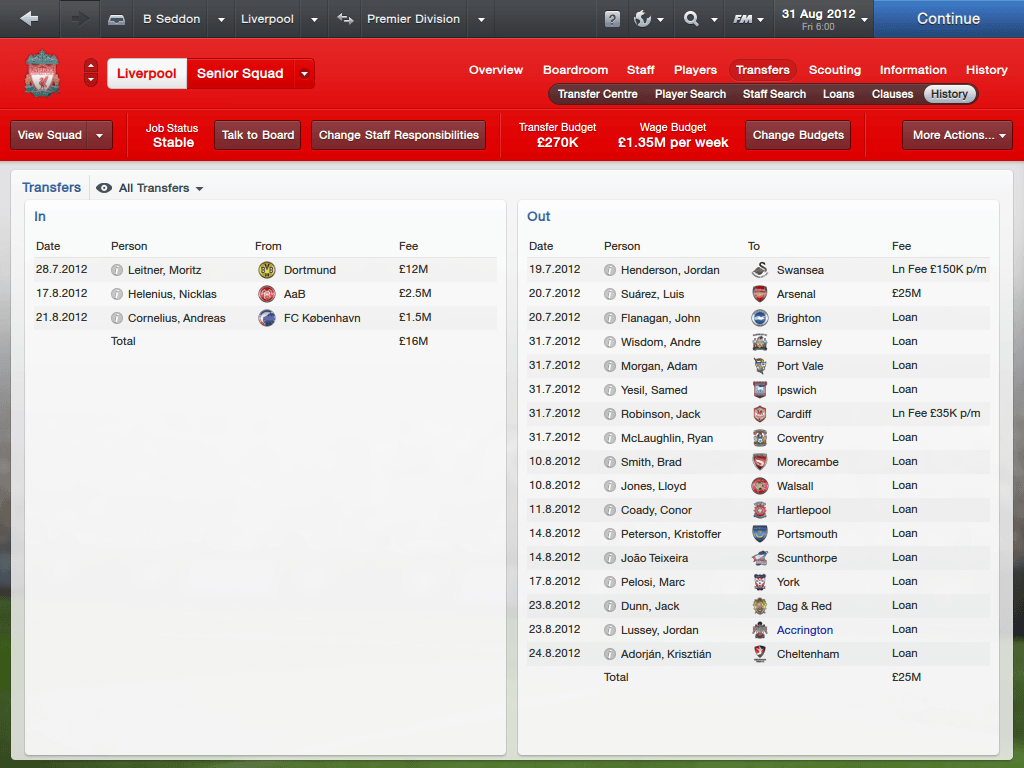 As you can see i have two additions to the squad being Helenius from AaB and Cornelius from FC Kobenhaven.
Lets start with Mr Helenius. 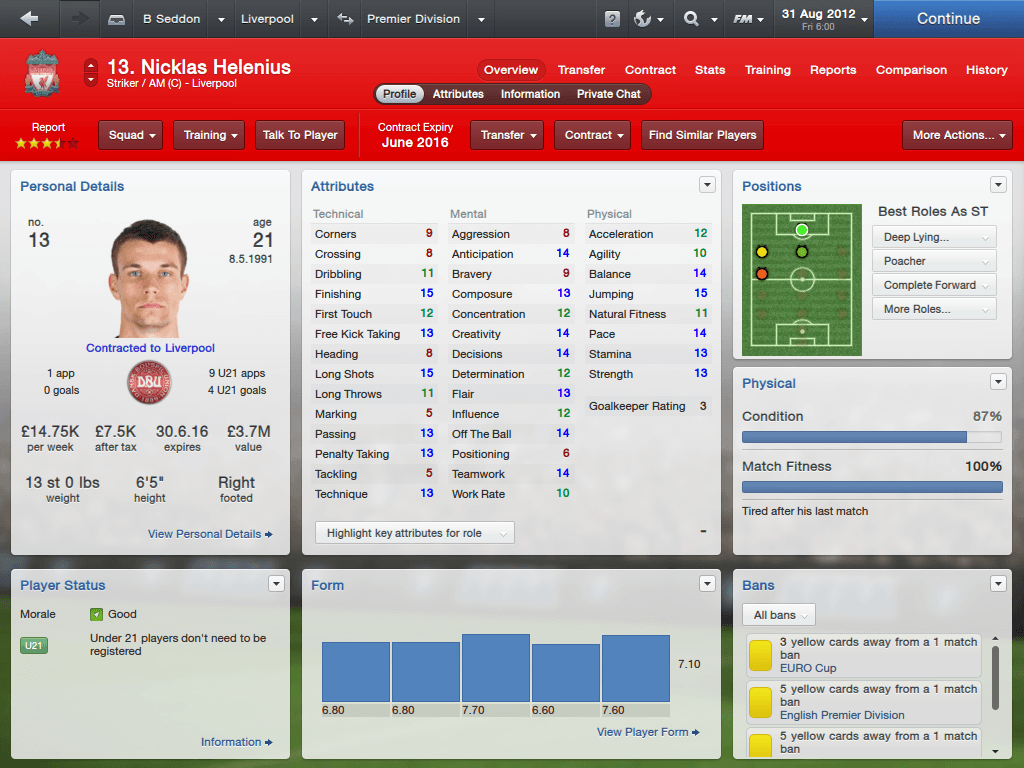 He has a good finish, isn't too slow and has very respectable mental stats also. He cost me £2.7 million and i bought him for temporary replacement. I will be looking to make a profit on him in the second season so i can bring in a better player if i get a transfer budget next season.

Well Mr Cornelius is next who is 19 and didn't cost me as much as Helenius. 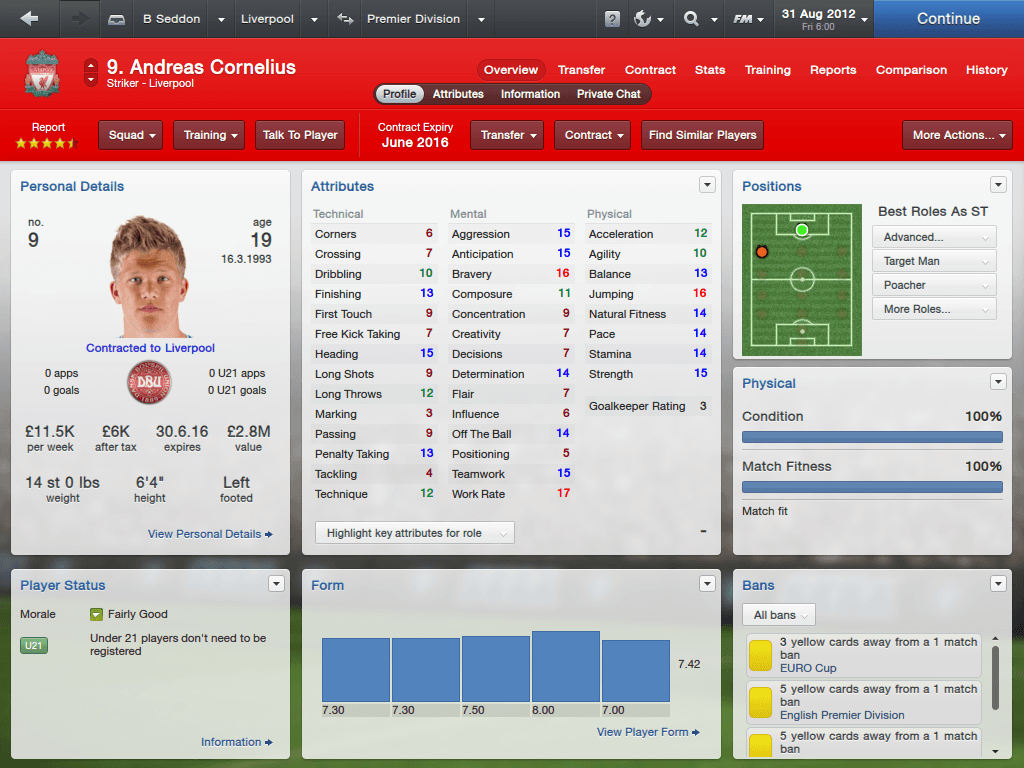 Cornelius is a good player for a championship level and i am trying to send him out on loan to gain some experience.

Finally the fixtures including 4 Euro cup games and 2 league games. 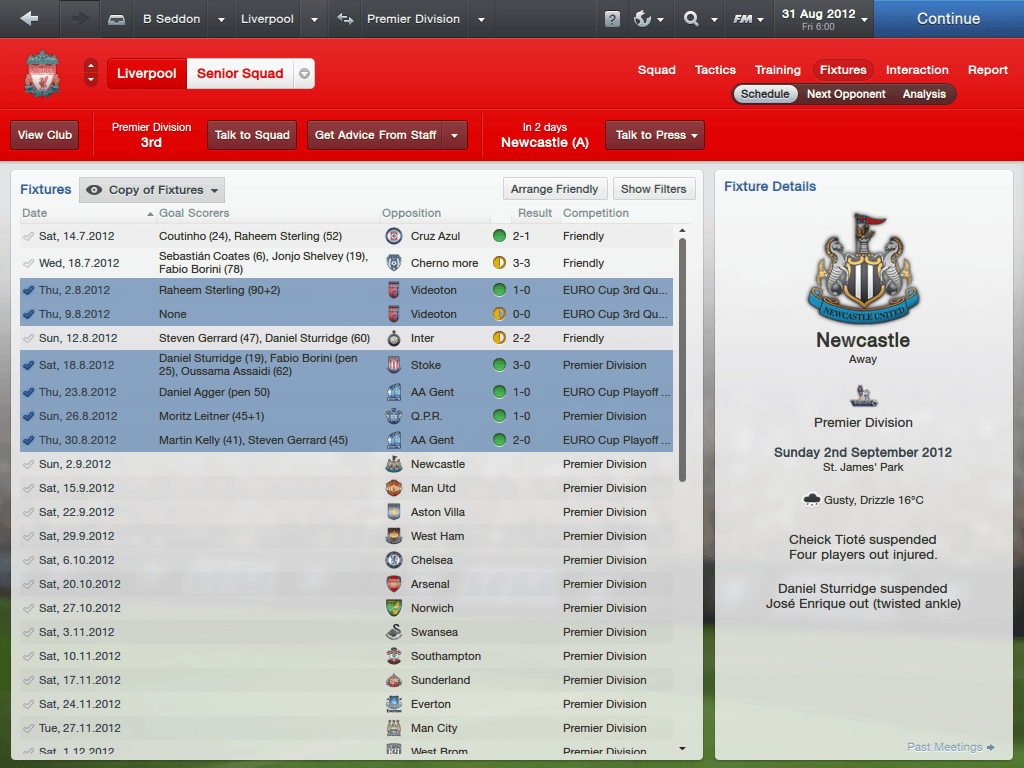 As you can see it is mostly green but the wins have been really scrappy especially against QPR where they really out played us. Any who I am into the Euro cup group stage and hopefully the game will be nice and give me a nice easy group.

Well guys thank you for reading and comments are appreciated.
Login to Quote

LFCsedso
6 years
Lol, I'm not a fan of Suarez
Login to Quote

Another one : http://imgflip.com/i/186tsvia Imgflip Meme Generator
Login to Quote

You are reading "My first story- The mighty REDS LFC".