So, you may remember this. Well, the save broke, so I decided to start this again. Second time lucky. Please give me the same amount of support, and I'm sorry. Let's go, Jake Connolly!


Which club and what about them?


For this story, the club will be the legendary Sheffield F.C. Why legendary, I hear you ask? Well, if you are really into your football you should know. Sheffield F.C are the ... Oldest Football Club to be Recognized by FIFA , and have been given the FIFA Order of Merit Find out about this award by clicking this here. I have unlocked the club by using a 'up to Level 8' download.


Further inside the club


The club currently play in the Northern Premier League Division One South, or, for sponsorship reasons the, Evo-Stik League Division One South. The team was originally based at various grounds around Sheffield, including Bramall Lane, the home of Sheffield United. They are now based at the Coach and Horses Ground in Dronfield, Derbyshire. The club are also noted for participating in the world's oldest footballing rivalry. Sheffield competed against Hallam in the world's first inter-club match during 1860 – the match is known as the "Sheffield" derby.

The club's finest hour came in 1904 when they won the FA Amateur Cup, a competition conceived after a suggestion by Sheffield. They also finished as runners up of the FA Vase in 1977. They have been bestowed with the FIFA Order of Merit and commemorated by the English Football Hall of Fame for their significant place in football history.

The inaugural meeting of Sheffield F.C. took place on 24 October 1857 at Parkfield House in the suburb of Highfield. The original headquarters was a greenhouse on East Bank Road lent by Thomas Asline Ward, father of the first club president Frederick Ward, and the adjacent field was used as their first playing ground. Initially, Sheffield FC games were played among club members themselves and took the format of "Married v Singles" or "Professionals v the Rest". The Sheffield club is officially recognised by FIFA as the oldest football club in the world.

Creswick and Prest were responsible for drawing up the club's rules of play, which decided upon at the club's AGM on 21 October 1858. They were referred to as the Sheffield Rules. At the time, before the formation of the Football Association (FA), many different kinds of football were popular in England. For example, each of the various public schools played football according to their own individual rules, and these varied widely.

The first rules were distinctive. There was no offside rule and was the first to introduce free kicks for foul play. Australian rules football, which began to develop the following year, resembles the original Sheffield code in various respects.

Sheffield's near neighbour, Hallam, was formed in 1860 and in the same year the two clubs first played each other in a local derby which is still contested today. By 1862 there were 15 clubs in the Sheffield area. These rules were later adopted by the Sheffield Football Association when it was formed in 1867. By this time the club had decided only to play teams outside Sheffield in order to seek a bigger challenge.

They became members of The Football Association in 30 November 1863 but continued to use their own set of rules.

On 2 January 1865, the club played its first fixture outside Sheffield against Nottingham, playing eighteen aside under Nottingham Rules. The rest of the season also saw them visit Nottingham Forest and Lincoln City.

On 31 March 1866, there was a match between a team representing Sheffield and one representing London clubs, at Battersea Park. Rules that differed only slightly from the FA rules were used. The game, played as an eleven aside, was won by London by 2 goals and four touchdowns to nil.

However the matter of rules remained a problem with Sheffield continuing to play by their own rules. A number of rule proposals by the club were rejected by the FA in February 1867 and the London Committee were reluctant to commit to further fixtures over Sheffield's refusal to play strictly to FA rules. Sheffield finally adopted the FA rules in 1878.

Sheffield F.C. currently play at The Coaches and Horses Stadium


To win the Premier League, conquer the Europa and Champions League, take over the world and mark Sheffield F.C. into history for evermore reasons.


The manager is this fella here : 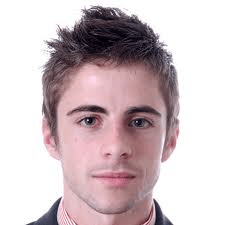 His name is Jake Connolly, he is 25 years old, was born on the 1st of February 1987 and is a fan of Manchester United. He has played in the Sunday League before taking the job and is and unknown Englishman, with Spanish relations. He is fictional and his first job will be taking charge of Sheffield F.C. Can he cement his name in history, just like his club? Stay tuned!

Episode I: Woodhouse Quits Post
Episode II: One of Them


Edits will only be refining the post, so say I put a lower case 'I' when saying
Login to Quote

DeanByrne1995
9 years
Really nice start and I will be following! Best of luck!
1
Login to Quote

Toon
9 years
Good luck mate, and a good choice in club, will be an interesting story.
1
Login to Quote

Jamesg237
9 years
Good luck with this story.
1
Login to Quote

LiamB
9 years
Sheffield is where im from! Also the captain on this clip, the captain of sheffield fc is one of my teachers as sixth form!!! Haha good luck!
1
Login to Quote

Thanks, always nice to know!

Yeah, a while back, Blue told me to do this, the first one never really got going, then the save broke, giving me a chance to restart this story.

Thank you for your support!

I think I'm going to need it, small squad, but that's for later...

Well, I'll try, TRY not to sell him. But I think he's out of contract

Thanks Justice!
Login to Quote


Today, Curtis Woodhouse left the oldest club in the world to pursue his boxing career. It is highly expected that assistant manager Ian Whitehorne will one again step in, like he did in 2011, to make sure that the Sheffield boys have a manager for the upcoming season. Richard Tims, Chairman of the club has informed us, the media, that 'no decision has been made', 'it looks that Ian (Whitehorne) will be staying just at his Assistant role for the time being, and we look to bring in a new, maybe totally unfamiliar face to the set-up here. We also hope for the very best for our old manager Curtis in his boxing career.'

I looked at my report in the paper. My job as a journalist, boring, but it got the family and I the money. Every Sunday, I would pick up the news and start to draft my report for Tuesday, then, it was off to the Sunday-League. I was player-manager. We were second in our league. But who cared? Who fricking cared? Eh? NO-ONE. Anyway, afterwards, I would get going, stop by Tesco or Asda, and pick up some reduced veggies that my girlfriend would then cook in the roast. She was perfect. How did I get her? She was nice, had good qualifications and a brilliant, fun and high-paying job. She was also amazing in other aspects as well but... But this Sunday it would be different. Yes! I shall apply for the job! I mean, it wasn't Manchester United, but I could do what I wanted, but better! And, I wouldn't have to do the football with better pay than the journalist job. Definitely! Yep, my plan. Then my phone rang. Excited, I picked it up and said, 'I'll do it!'. But it was Dave. Oops. I should start writing my application. Well, I suppose one beer wouldn't hurt...
Login to Quote

k1rups
9 years
Nice start mate! look forward to seeing how far you can take this team!
1
Login to Quote

This is the work of Louis O. who is brilliant at making banners! 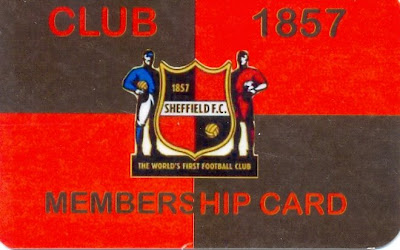 I came back from the latest Sunday League Match. We had won 3-2 to get to the top of the league with one game to go. Louis Ostrowski, one of my best friends, teammate and fellow writer for the Non-League Paper, and I, were in the bar, drinking. He got very very drunk and started embarrassing himself in front of a girl. I left him to it and, just as I walked out, my phone rang. I picked it up.

"Is this about my application?"

"Yes, and, after one of our scouts watched you in your latest string of Sunday League matches, you look like quite the talent."

I explained that in nearly all my life, when someone had praised me, they would say something bad back, which really canceled out the first thing.

"Well no. That's not going to happen today. I want to meet you the Coach and Horses Ground at 8pm."

"So, let's get down to business" Richard Tims said. "How much do you want?"

"I don't care. How much do you want to offer me?

"One year contract. Don't want to take any risks see."

We shook hands and said our goodbyes.

You are reading "Sheffield F.C. - Old is Gold".