Akash
7 years
If this is anything like the previous instalment, we'll have a dozen "Ben fanboys" signing up on FMScout.
Login to Quote

Blue
7 years
Cheers for all the support you guys! I reckon this can be bigger than the last one!
Login to Quote 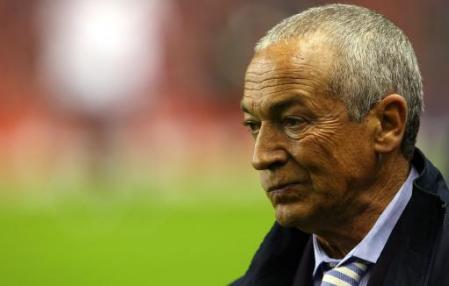 Sporting Clube de Portugal have sacked their manager Jesualdo Ferreira after just a few weeks in the job. The 66-year-old was appointed at the start of June to replace Frank Vercauteren, as Sporting look to regain their place as Lisbon’s top team. However, the way Ferreira went about trying to accomplish this difficult task was very strange. Since he’s joined, several of Sporting’s key players such as Elias and Daniel Pranjic have left the club on loan, and star striker Ricky Van Wolfswinkel has arranged a transfer to English side Norwich City, which will go through next summer.

Although the reason that the Portuguese manager has left the club so early in his career is unclear, it is thought to be partly down to allowing several of the club’s best players to join other teams, without finding sufficient replacements, leaving big gaps in the squad. Other big players such as Emiliano Insua and Marat Izmailov have also left the club, as they departed for Atletico Madrid and FC Porto respectively. Letting the spine of Lisbon’s team leave has also alienated the rest of the dressing room at the Estadio Jose Avalade, who don’t agree with his methods of rebuilding the club.

The whole situation does seem to ring clear with the appointment of Brian Clough to Leeds United back in the 1970s. For the years before he was appointed Leeds manager, he spent his time heaping scorn onto the Leeds United players and their manager Don Revie for the aggressive style of play employed by the Leeds boss. This meant that when Clough joined the Yorkshire club in the 70s, the dressing room was immediately against him, and didn’t accept him as their manager. He tried to bring in players from old clubs to the Leeds team, who also weren’t accepted, and Clough was eventually sacked by the United board after famously just 44 days in charge of the club.

A short official announcement on Sporting CP’s official website read “we can now confirm rumours that first-team manager Jesualdo Ferreira has been removed from his post as first team manager of Sporting Clube de Portugal. All at Sporting thank him for the work done in his short time here in Lisbon, and wish him all the best for his future endeavours. The process of looking for a new manager will begin immediately, with the new man in charge expected to be announced within a week.”

There have been no indications from Sporting who they expect to approach for the post, although many believe that most experienced managers would have some reluctance over taking the post. After the damage done by Ferreira, the new manager would need to rebuild the Lisbon squad whilst also dealing with the strict financial regulations put in place by the Sporting Lisbon board. The new manager would also be task of breaking the dominance of Benfica and Porto, which is no easy task. Some managers might relish this kind of challenge, but most would shy away from such a difficult situation.

Early odds from the bookmakers suggest that German legend Lothar Matthaus is the odds-on favourite for the job, however Bilbao’s Marcelo Bielsa, and Everton’s David Moyes are not far behind in the stakes.
Login to Quote

Louis O.
7 years
I bet Matthaus gets it!

Jer
7 years
I hope that you get some damn good signings!
Login to Quote

Toon
7 years
So well written out! Looking forward for this to get in to it's flow.
Login to Quote

Jamesg237
7 years
Great to this story back Blue. Hopefully this will reignite your love for the game.
Login to Quote


Try to keep up with this one

Glenn T
7 years
Good luck Blue, hope this will be bigger than the last one and you won't keep moving anymore

Nah, I'm promising myself I'm not doing that anymore!
Login to Quote

Nah, I'm promising myself I'm not doing that anymore!


Maybe after you win the Champions League?
Login to Quote

Kane
7 years
Blue, if you ever feel like moving clubs, message me first so I can knock some sense into you..