Neighbours woke up to the sight of Amy Jordeens walking out of her apartment in the middle of the night, without her husband, but with a suitcase almost too heavy for her to lift. Kevin, trying to stop her, stood in front of the lift, but Amy simply walked back to the apartment, locking Kevin out. His cries of "Let me in, let me in now" went unheard as Amy switched off the apartment lights. About fifteen minutes later, when the 35-year old had given up all hope, a 'click' meant the door had been unlocked and Kevin was free to enter. Sweating and humiliated, he walked in, only to find his wife's eyes red with rage and a slipper in her hand. She wouldn't beat him, surely. He wasn't sure.

"I'm really, really sorry. It seemed like an opportunity of a lifetime", said, the now scared man, "I'll get the money back tomorrow, I promise".

Amy, losing control, flung the slipper across the room, missing Kevin comfortably. "When you sold my earrings to finish your useless coaching course, I kept quiet because I understood. Sometimes you can get carried away with these courses and I was happy that you didn't give up midway, but what you did today is unacceptable. We are behind on rent, we haven't a dinner in a restaurant in months and you spend £1000 on what?"

"I trust Andreas. He said he would fax my resumé all over Holland, and I am sure he will.", said Kevin, gaining a little bit of confidence, which quickly shattered when he heard his wife say, "So, sure, you trust a guy you've met thrice to get you a job in this economy and you pay him everything you had, but what if nobody wants you? What if no one wants a 35-year old, with no professional football experience to manage to a team. She continued, "You know what? I don't want to know. Let's just go to bed."

She starts walking towards the bedroom and Kevin follows. She turns around and gives him an anger-filled stare. "Where do you think you are going? Enjoy your night on the couch."


As soon as the sun rose, Kevin woke up with a massive backache thanks to the couch, and knew that if he didn't hear from Mr. Esbech anytime soon, his wife would give him an even worse headache. He kept calling the number Andy had scribbled on a piece of paper last evening and, after around 14 calls went unanswered, he lost hope. He would never see those £1000 again. 'A nice breakfast and a bubble bath will calm her down', he thought and he jumped into the kitchen. Trying to pull out the frying pan, a couple of other utensils fell to the ground, making a loud noise. "I'm dead now", he mumbled. As his heartbeat kept getting faster and faster, he saw the bedroom door opening. Instead of the rage he saw on her face last night, Amy walked out smiling, on the phone.

"Yes, yes, I'll let him know. Thank you so much for everything. I'll get him to Apeldoorn tomorrow itself."

Afraid of making any comment, Kevin simply looked at his wife, waiting for some kind of conversation to take place. Still not saying anything, but slowly walking towards her husband, Amy hugs Kevin and apologizes. "Sorry about yesterday", she said, "I surely overreacted"

Kevin couldn't have been happier with Amy's reaction. He was shocked, but had no reason to complain. Of course, he still wanted to know who was on the phone. "Who was it?", he asked, hoping that his question wouldn't ruin this good moment.

"It was your friend, Andy, obviously. He has a friend in a team's staff and would like to give you an opportunity after their manager got offered a better job.", she said, hugging him tightly once more.

A ear-to-ear smile appeared on Kevin's face, but he wanted more. "See, I knew Andy would help me out. Wait, I know it is in Apeldoorn but what team?"

"AGOVV!", she screamed out loud. Realization still not hitting him, he replies, "But they are in Jupiler. Surely you heard it wrong".

"No, I didn't! You are a full-time football manager."

"Why? Why would they hire me? You are joking, aren't you?", Kevin, by now, had started to question whether his wife had lost her marbles.

"I don't know why they would want you. All I know is that your meeting with them is tomorrow. They will be sending over a car to pick us up in the morning. You better not mess this up. This could be the solution to all our problems."
Login to Quote

Arvind
7 years
Let in me!

Toon
7 years
AGOVV don't exist! What is this heresy?

BFC_Michael
7 years
Akash you are a brilliant writer, I really enjoyed reading that, can't wait for more updates.
Login to Quote

http://en.wikipedia.org/wiki/AGOVV_Apeldoorn
They're in the sixth division.
Login to Quote

Thank you, Nico. Hope you remain a loyal reader.

Let me in. You really need to learn english, Arvind.

I'm sure Arvind will help you out with a Wikipedia page before I actually post this.


Thank you so much, Michael. Your praise means a lot

http://en.wikipedia.org/wiki/AGOVV_Apeldoorn
They're in the sixth division.


Sorry, thought they liquidized. Seems they just did a Rangers.
Login to Quote


It's h5 headings, and I always


It's h5 headings, and I always


Inside a boardroom in Fly Brazil Stadion are Kevin Joordens and AGOVV chairman, Victor Doorn. They have been in a meeting for the past 15 minutes, sorting out contractual clauses and details.

"There's really not much to complain here, Mr. Doorn.", said Kevin, keeping a hand on Victor's shoulder. "This is a great job and the salary you have offered me was beyond my expectation. I thought I would be negotiating a deal for £450 a month, not £450 a week! I think we can consider this a done deal."

"Well..", the expression on Victor's face changed, "Before we sign a deal, I am obligated to tell you something. Our club has run into a financial condition that we really can't control. The profits that we got out of our ticket sales and sponsorship money were used to pay off most of our debt, which leaves us with no money to renovate our facilities and give you a decent transfer budget. To make sure we don't fall behind, however, we are ready to take a loan."

'...and there's the catch', thought Kevin, realizing now why he was considered for this job over more established managers. 'They don't have any money, and probably want a scapegoat the fans could hate and blame. Of course, if I do manage to guide them to survival or better, I'll be a legend. The likes of PSV and Ajax will surely come calling'.

With no answer from Kevin, Victor's palms started sweating and he tapped the table a couple of times to kick Kevin out of his thought.

"I am --". Before Kevin can either accept or decline the offer, his phone starts ringing violently. How could he forgotten to put it on silent today of all days. Nevertheless, he checked to see who it was and it turned out to be Andreas. Him and Amy were right outside, taking a tour of the stadium, so unless it was really important, he surely wouldn't have called. "I've got to take this", he said to Victor, and walked out of the room. Greeting him right outside were the two people he was expecting to be on the phone with.

"Did you sign the contract?", questioned an excited Amy, to which Kevin angrily responded, "Well, I was about to - until you called and stopped me!" Her happiness knew no bounds. "That's excellent news. We've just gotten some more job offers for you.", was Andreas' contribution to the conversation. "How? Why? What are you talking about?, Kevin, not for the first time in his life, wondering if he was just too mentally slow to understand what they were saying.

"Please could you just tell me what is going on?"

Amy jumped in. "I'll tell him! Kevin, I didn't know there were so many clubs looking for a manager out there. So after Mr. Esbech here found you a job within a day, I decided to tell my publisher friend, Louis Ostrowski from Norway, to write a post about you coming here for a contract negotiation. The news spread and a lot of clubs in Norway want you to come in to discuss the possibility of you managing their side."

"And you are ok with me living away from home, all the way in Norway?"

"What are you talking about? My entire family lives in Norway. We'll both live with them. Actually, I'd prefer it. Here, see all the e-mails from the Norwegian clubs Louis forwarded me. Now, go in there and tell the chairman you are exploring other options at the moment." 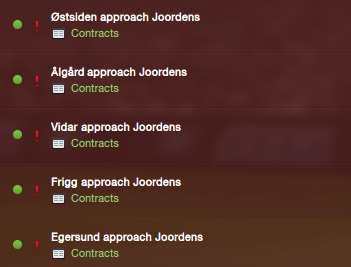 Good Start. Weird how you don't put any of your mod friends, and I can't wait to see where Stam comes into all this. LOVING IT

You are reading "A Manager's Life: Tough Times".