LFCsedso
8 years
This will be my story taking Arsenal back to the top of the premier league. After 8 years of winning no trophies Arsenal definitely need to be revived even if it isn't in real life.
Login to Quote

k1rups
8 years
About time someone did an Arsenal story again

Look forward to seeing how you deal with Transfers and some of the talent in the youth. I always feel a bit strange splashing big cash at Arsenal haha.
Login to Quote

Seni
8 years
Nice to see another Arsenal story being started.

Good luck with this!

Here is my Arsenal story I wrote: http://www.fmscout.com/q-8118-The-King-Returns-Home-Goodbye-and-Hello.html
Login to Quote

As i have taken over Arsenal i have played four friendlies and bought six players totaling £38.5 million. So first of all the transfers.

So first of all i bought Isco from Malaga for his release clause of £17.5 million the Demba Ba from Newcastle for his release clause. Both players are magnificent and Isco is a signing for the future even though he is already quality whereas Demba Ba is for this season and maybe next season as Arsenal only have one good striker in my opinion and that is Walcott.
Isco- 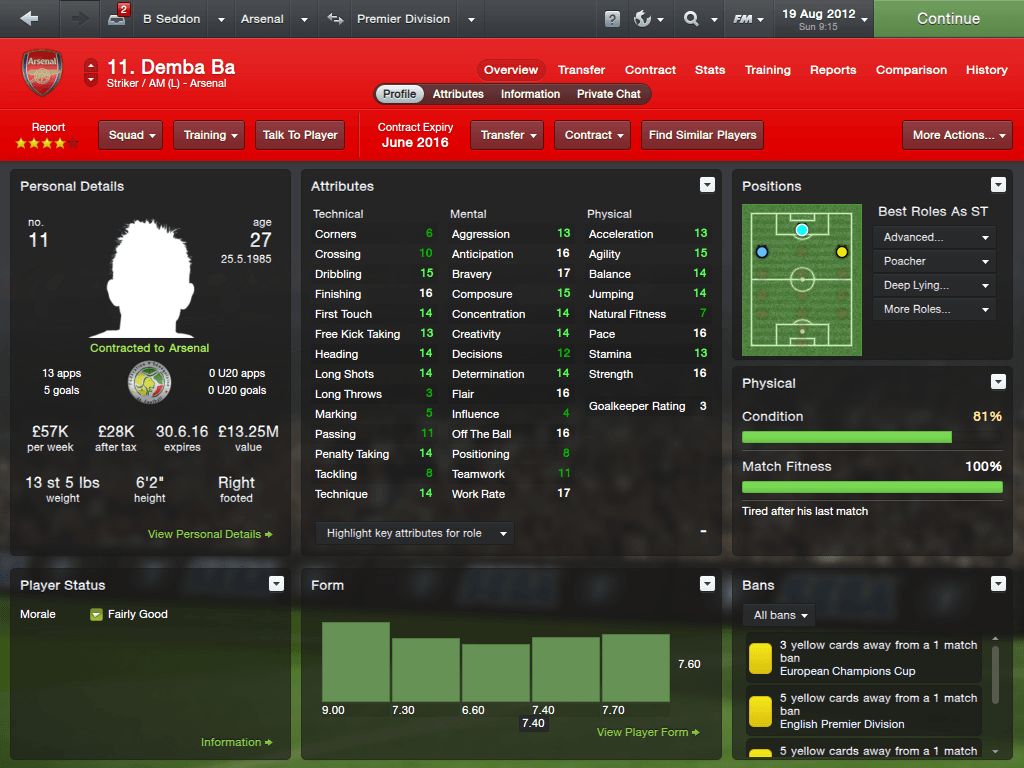 So next is the fixtures. We played five friendlies, won four and lost one.

We were beaten by Besiktas which was extremely disappointing as it is only Besiktas, but you can never under estimate anything in football. The main man in pre-season was obviously Demba Ba and he scored quite a few goals and i hope that he will preform well in the league taking Arsenal to top spot.

My next update will be showing you the tactics and the fixtures of August and September.
PS im not playing on the update
Login to Quote

Seni
8 years
Isco and Ba, two very good signings. Will you keep the likes of Djorou?
Login to Quote

You are reading "Taking them back to the top- Arsenal".