The move has been known as shocking as Sam's reign at West Ham suddenly ended after 2 years and bringing back the Hammers to the Premier League.

The appointment of relatively unknown manager Tobias who has no experience whatsoever in football management in favor of Sam, who has guided the club from the Championship to the Premier League and finishing 10th at their 1st season back is still yet to be seen.

Will this move ultimately backfire on the bubble-blowing club?
Login to Quote

Toon
7 years
West Ham should be a relatively interesting club!
Login to Quote 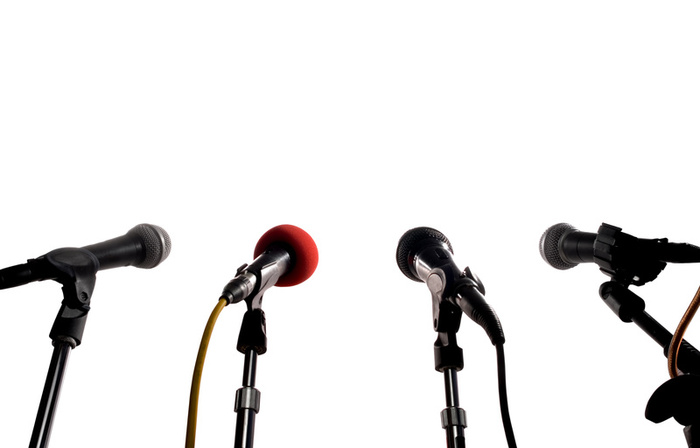 Ok, i'll start. First of all, what are your thoughts of replacing Sam Allardyce as the new head coach in West Ham?

]I think it's a brilliant feeling. Sam has achieved promotion and a mid table finish in 2 seasons and that, i think, is a tremendous achievement.

What about the players? Will you make players leave or will some players stay?

I think the players Allardyce have brought in are good enough for the league. The likes of Kevin Nolan, Alou Diarra, and Matt Jarvis are players with quality, and up and coming players such as Mark Noble, James Tomkins and Jack Collison are developing into key future players. I'll probably bring in a player or two but overall, this squad can stay up in the league.

What is your short-term and long-term plans for the club?

Well, my short-term plans are staying up in the league and being consistent for 1-3 years, but in the next 5-10 years i can see West Ham fighting for a place in the Europe competitions. But we have to be patient though.

The fans have been shocked of the dismissal of Allardyce and are distraught that someone such as yourself, who has no managerial experience has replaced him. What are you comments?

It's understandable. I mean, if i was a fan of West Ham, and see an unknown manager replace a reputable manager, i would be disagreeing as well. But to all the Hammers fans, i can assure you that i will be doing everything i can to ensure that this club has success, if i can achieve half, or even more of Allardyce's success here, then maybe fans will start to like me.

Ok then, that is all. Thank you for your time and good luck Mr. Danny.

Not the best month but not the worse at all either, a pretty good start considering.

John Guidetti 80
Not the best debut i could have hoped for, but it was against City...nothing to be too ashamed.

A bore draw...we could have won this

Andy Carroll 50
We got lucky with Owen's red card, but still a valuable 3 points.

West Brom vs West Ham
CAPITAL ONE CUP 2ND ROUND

Andy Carroll 64
Carroll's late equalizer saved us from getting 0 points. There was a goal at 10 by Carroll too but was disallowed due to him being offside.

HAMMER OF THE MONTH

The Hammers have acquired left back Stephen Warnock from Aston Villa for a fee of £1.4 M.

The 30-year old has said he is glad at this move and thus hopes he will gain more gametime than on the Villains.

"I am happy this deal was concluded, claimed Warnock.

"I hope that i will play here regularly, and i am also eager to see how West Ham will move on with my new manager, Mr.Tobias, who i hear is new to the job. Good luck to him and me."

The Englishman was reported to have signed a £39,000 per week contract for 5 years, the same contract he had while he was at the Villains. Warnock joins George McCartney and Danny Potts as the regular left-backs here at the Boleyn Ground.

R.Madrid are on a shopping spree as they have signed Chung-Yong Lee, Neven Subotic, Paulinho, Mehdi Benatia, Stefan Radu, and Seydou Doumbia for a total of £48.95
Login to Quote

We are 12th at the table! Let's hope i can keep it up, here are the results!

Edinson Cavani 72
We were very competitive against them until Noble was sent off...it went downhill from there

Birmingham vs West Ham
CAPITAL ONE CUP 3RD ROUND

Nikola Zigic 35 (pen)
Noble's freekick goal was amazing! 20+ yards out! But Demel dissapointed me once again after making us concede a penalty. I'm looking for a cheap right-back, if anyone has any suggestions please say!

Samed Yesil 45
I think this tactic really is working! A great battle against Liverpool that saw Robert get his first goal! I started him because Carroll is super tired and he did the job well.

Hammer of the Month

I think you mean "Against Liverpool" xD
Login to Quote

STFCDan
7 years
Nice little story going on here. The only criticism in my opinion is that it is difficult to see who scored for who. Other than that nice going!

tokenginge: Thanks! Maybe ill do the players name "like this" so that youll know thats my player who scored

Unbeatable in the league for a month now! I'm also runner up for manager of the month only 2nd to Mancini. 6th at the league and going great!

Modibo Maiga44
Amazing! Absolutely amazing! We won against the club who's leading at the moment! Jaaskelainen with tremendous goalkeeping effort!

West Ham vs Chelsea
CAPITAL ONE CUP 4TH ROUND

Loic Remy 4
Well...karma struck us...we're out of the competition but losing to Chelsea is not something to be ashamed as we played to the fullest.

Ricardo Vaz Te 67
Another dominant win...Maiga has been on fire!

HAMMER OF THE MONTH

With 7 goals in 10 appearances, he's looking a bit better than Andy Carroll at the moment! Hopefull he can keep it up!
Login to Quote

I cannot continue the story due to my fmh13 got corrupted and i had to reinstall. I lost all my save datas as i forgot to backup(dammit!)...well im going to start a new story, but maybe not with West Ham
Login to Quote