Who is Jay Jay Okocha ? 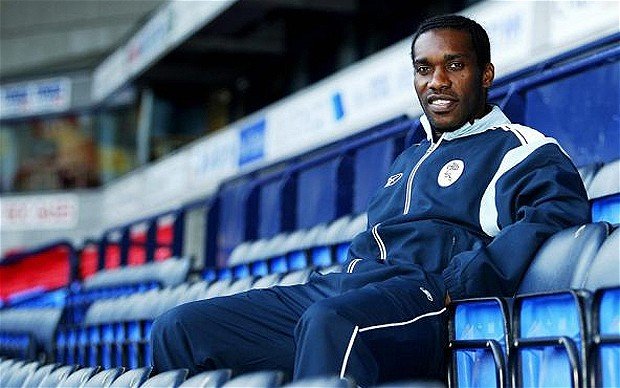 Augustine Azuka "Jay-Jay" Okocha is a Nigerian former footballer who played as a midfielder. He is known for his stepovers, skill, technique, and being 'so good that they named him twice' (a line immortalised in a terrace chant while Okocha played for Bolton Wanderers). He is a dual Turkish-Nigerian citizen, having acquired Turkish citizenship as "Muhammet Yavuz" while playing for Süper Lig team Fenerbahçe.


Okocha joined Bolton Wanderers on a free transfer after leaving PSG in the summer of 2002 after the FIFA World Cup. His debut season, despite being hampered by injury, made him a favourite with the Bolton fans, with the team printing shirts with the inscription "Jay-Jay – so good they named him twice". He steered the team away from relegation with seven goals, including the team Goal of the Season in the vital league win against West Ham. This was voted Bolton's best Premier League goal in a fans vote in 2008. The next season saw Okocha receive more responsibility as he was given the captain's armband following Guðni Bergsson's retirement. As captain he led Bolton to their first cup final in nine years where they finished runners-up in the 2004 Football League Cup.
In 2006, he was stripped of the captaincy – something he said he had seen coming, as there had been a change in attitude from some staff members. This had probably been due to his proposed move to the Middle East, which had been growing in speculation. At the end of the season, he refused a one-year extension in order to move to Qatar.
Following Bolton's relegation from the Premier League in 2012, Okocha stated that his time at the club was a waste of time, saying the club had not improved since his time there.

The Trotters, who were relegated from the Premier League last season had no choice as Coyle did not meet expectations.

"I have always been driven to act in the best interests of the club," said Coyle. "I had fantastic times here as a player and it has been a privilege to have held the post of manager."
Chairman Phil Gartside added that it is "the right time for a change".

In a statement on the club website , Gartside said: "Owen poured his heart and soul into the job, both on and off the pitch, and he led our club with great dignity during some very challenging times.
"We set a target at the beginning of the season and want to get back on track.
"I would like to place on record our sincere thanks to Owen, Sandy Stewart and Steve Davis for all their hard work during their time at Bolton Wanderers."
Academy manager Jimmy Phillips and head of academy coaching and development Sammy Lee will take joint temporary charge of the first-team squad.
Former Wolves manager Mick McCarthy is among the front-runners to replace Coyle.
Roy Keane, who guided Sunderland to promotion into the Premier League, is also regarded as a possible candidate.
Login to Quote 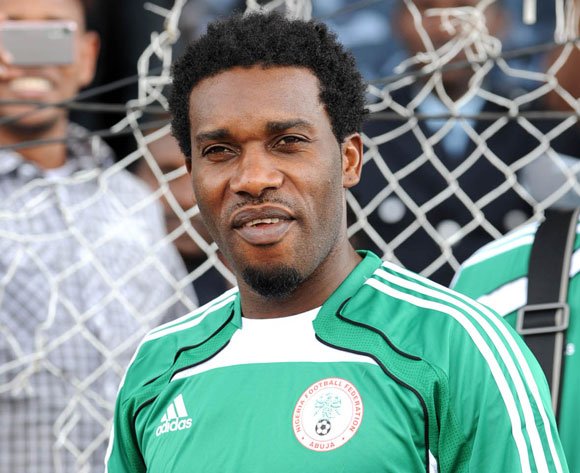 Bolton have completed the appointment of Owen Coyle as manager on a two-and-a-half year deal after agreeing a deal on Monday.
The former Wanderers midfielder, who played for Bolton in the 2000’s , had been on the verge of succeeding Owen Coyle all week.


Bolton chairman Phil Gartside said: "Jay Jay was our number one target and we are naturally delighted that he has returned to the football club as manager.
"He was an inspirational player who leads by example and a great motivator and, on behalf of everyone at Bolton Wanderers, I would like to say welcome home."
Login to Quote

Ziechael
7 years
Nice to see a realistic mission statement, good luck with it, i hope you have unexpected success early on

this is my first ever planned out game
Login to Quote Born in São Paulo, Brazil, Rafinha joined FC Barcelona's youth ranks at the age of 13. On 8 January 2011 he made his professional debuts with the B team, coming on as a substitute for Jonathan dos Santos in the 55th minute of a 1–2 home loss against Girona FC for the second division championship.
Rafinha made his debut with the Catalans' main squad on 9 November 2011, taking the place of Cesc Fàbregas for the last 15 minutes of a 1–0 away win against CE L'Hospitalet for the season's Spanish Cup. He finished the league campaign with 39 games (35 starts) and eight goals for the reserves and has joined Bolton on loan for the season. 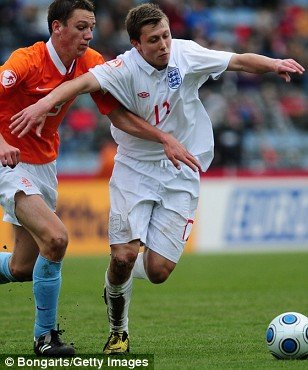 Freeman started his career at Charlton Athletic, before subsequently joining Gillingham at the age of 11. He made his first-team debut for Gillingham at the age of 15, becoming the youngest ever player to appear in the FA Cup. In January 2008, Freeman signed for Arsenal, featuring regularly for the club's under-18 and reserve teams respectively. Ahead of the 2010–11 season, Freeman signed for Yeovil Town on loan until December 2010. He returned to his parent club when his loan ended, and signed a new contract in April 2011. He was loaned out once again in November 2011, this time to League One team Stevenage on a one-and-a-half month loan deal. Freeman impressed during his time at Stevenage, and signed for the club on a permanent basis in January 2012, signing for an undisclosed fee before leaving for Lancashire in that summer for 525 K
Login to Quote 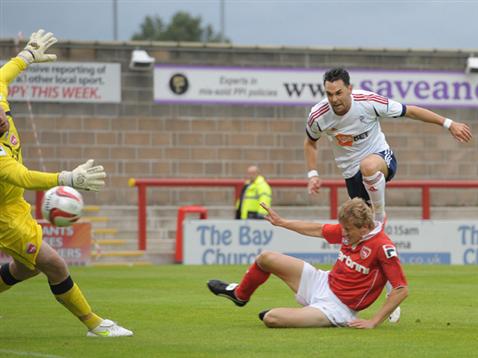 Bolton had a much more complete side this time around than they did at Crewe Alexandra thanks to the return of Tim Ream, Matt Mills, Zat Knight, Chris Eagles, and David Ngog. A very lively first half from Bolton Wanderers did the trick as they strolled to a 2-0 win.

Chris Eagles opened the scoring on just three minutes thanks to a lovely ball from David Ngog. Marcos Alonso started the move off with a wonderful interception. The young left back had a good game by all accounts and was linking up extremely well with Gregg Wylde on the left flank. Alonso found Ngog in space who then laid off to Chris Eagles, scoring from close range.

The second goal came eight minutes later and was again through David Ngog. This time, the provider turned scorer thanks once again to Marcos Alonso and his link-up play with Gregg Wylde. The defender sent a well-weighted ball down the flank and the young Scottish winger put it in for David Ngog who finished clinically.

Bolton dodged a few bullets in this match however. Adam Bogdan was forced into a good save midway through the first half and Morecambe hit the post twice in two minutes just moments later.
Login to Quote 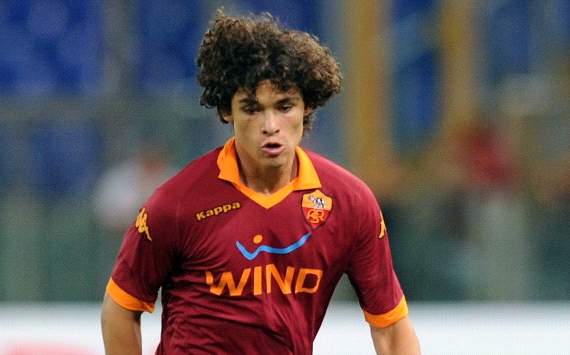 In May 2009 he was linked with a future transfer to English club Manchester United to be completed on February 2010. He was spotted during the South American Under-17 championship that Brazil won. After a two-week trial at Carrington.In December 2010, he joined Bahia on loan for the end of the league campaign On 2 July 2012, Dodo joined Serie A side A.S. Roma. He made his debut on 28 October in a 2-3 loss against Udinese. He started match and was later substituted by Marquinho. Dodo joined Bolton on a season’s long loan yesterday


Having come through the youth program, in January 2009 Labyad extended his contract with PSV until the summer of 2012.Before joining PSV, Labyad played for USV Elinkwijk. Labyad made his debut in the senior team on 25 February 2010 in a UEFA Europa League home match against Hamburger SV, coming on as a substitute for Otman Bakkal in the 71st minutes, days later, Labyad also made his debut in the Eredivisie, coming on as a substitute for Balázs Dzsudzsák in a match against RKC Waalwijk. On 18 April 2010, Labyad made his first appearance in the starting line-up in a home match against FC Groningen.Labyad's selection in the starting line-up paid immediate dividends, with him scoring two goals in the 3–1 victory. In the last match of the 2009–10 season, Labyad was again in the starting lineup in a 1–1 draw against AZ Alkmaar Labyad more or less became a regular in the starting 11 in the 2011-12 season and experienced a great deal of succes. He played in 32 matches and scored 6 goals. He scored a goal in the KNVB Beker semi final against SC Heerenveen and followingly won the cup with PSV.
On 3 April 2012, Sporting CP's president revealed that Labyad will join the Portuguese team for the 2012/2013 season, on a free transfer, signing a 5 year deal contract. However, on 23 May, PSV's technical director Marcel Brands told Dutch media that Labyad's contract was extended for another year since Labyad failed to formally terminate his contract before the legal deadline of 15 May. Labyad joined Bolton on a season’s long loan yesterday

You are reading "'He's so good they named him twice'".