The Build Up Begins

Thousands of football fans have begun the migration to the new Republic of Fantasia, formerly known as Belgium.

In just a couple of days time the worlds greatest tournament will kick off, Fantasia's League of Champions showcases the finest players from around the world, as well as a few donkey's thrown in for good measure (you know who you are Louis).

With the influx of fans comes a heavy police presence, however there seems to be an air of camaraderie amongst the usually bitter rivals as the tournament comes closer and closer.

With only 48 hours to go the tournament organisers are just about ready, final squad registration closes today and the teams will be arriving tomorrow for their final training sessions before the official kick-off.

The world waits with baited breath.
1

Lynchy
9 years
Ill have mine in a while

Caelis
9 years
lol why did you use the Belgium competition for this :-p
Login to Quote

Official spokesman of the competition and Grand High General of the Fantasian Rupublic Army has issued the following statement in response to the members of the world press who have questioned his decision to invade Belgium with the only apparent goal being to make a new football tournament:


"For those who question my motives, know this, I have seized control of the former nation of Belgium to create a football utopia. Here the best of the best will flock, year on year, to compete in the greatest tournament the world will ever know.
But... I hear you ask, 'Why Belgium?'.
The answer is simple, for the inaugural League of Champions I needed a country with a 16 team top flight competition... SO I TOOK IT!
Who knows? Maybe the tournament will prove to be so successful that I might extend the number of teams in next years competition, I may even follow it up with the league system I have set to take place later in the year.
For any other questions, please see the following website: www.so_i've_seized_your_country.org.uk/deal_with_it which will contain no answers whatsoever but will highlight the dangers of questioning my leadership!
Now LEAVE..."

These strong words came after we sent our top political/sports correspondent to the new nation of Fantasia, his head was sent back to us in a box with that statement...
Login to Quote

AlexTHFC
9 years
Looking forward to it.

Louis O.
9 years
Nice start, now, what happens when one of the teams (mine) gets relegated halfway through the first season even though it's not possible

I'm considering a Scottish approach to the league side of things if i decide to expand this project in version 2... no, not 2 top teams and a bunch of amateurs, shame on you for even thinking that.

I mean adding some more teams and have 2/3 divisions of 8-10 teams. My plan is to devise a way of introducing a true interactive element, allowing for transfers etc... but, and it is a big Kardashian BUT, that all depends on how successful and sustainable this one proves to be

Now back into character:

"GET BACK TO TRAINING WORM, YOU WILL NOT LET THIS COMPETITION DOWN WITH SUB-PAR PERFORMANCES!! (despite your donkey riddled team... a-hem)"
Login to Quote

Stacey
9 years
Can't Wait for the start of this

tbendis
9 years • Edited
http://i40.tinypic.com/29w5n2s.jpg
TIMMY BENDIŠ ANNOUNCES POSITION AS CHAIRMAN OF THE BOARD IN FANTASIA 1.VII.2012.
Timmy Bendiš, CEO and founder of his eponymous Balkan construction firm, Bendiš d.o.o. has announced that, as the coup of Belgium was imminent, he was negotiating with Ziechael over a spot in the national football championship. He held a press conference late last evening at Bendiš's headquarters in Dubrovnik.
"I am pleased to announce that the company have purchased a controlling interest in NK GOŠK Dubrovnik. The stadium will be expanded to absurd proportions, and a complete restructuring of the club will be imminent, as well as the prospect in playing in the former Belgian league. GOŠK will be one of 16 teams to participate in the championship."

"And, it will be the best. Welcome to a new era of football in Dubrovnik ladies and gentlemen. Thank you, and good night"

And as he walked out of the boardroom and onto the packed main square, 50 000 people erupted into cheers, as they watched 25 of the best footballers of all time, their new home team, standing next to Bendiš, waving back at them.
Login to Quote

Hermes
9 years
Our great Geneal,President,Leader when will we start this tournament one of your chairmans Hermes asks ...
Login to Quote


Subject to life not getting in the way or an intervention by NATO, this tournament will commence on friday 28th June at 14.00 GMT sharp... unless I'm running late, in which case it will start whenever it starts, be ready, that first whistle could come at any time!!!

PS.tbendis; love it... way to get into the spirit, a medal of Epicness will be at your club within the hour!
Login to Quote 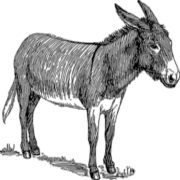 
An announcement has come today from the Donkey's Head pub that a new football team will be competing in the League Of Champions next season. The new club are funded by the rich businessmen Chris Kamara who has already said he is relishing the opportunity to be as big an idiot as Geoffrey Richmond was.

The new league, based in the new country where Belgium used to be, The Republic of Fantasia, will be run by a group named 'Ziechael'. It will feature internationally based teams such as NK GOŠK Dubrovnik and AFC Westend. The fans are already flocking to the Republic to see their new sides in action.

It is reported that top striker Andy Carroll is in talks with the owners about a possible deal to sign for the club, alongside Titus Bramble, Nigel Reo Coker and Tony Adams, who is thought by many to have agreed the deal to become the manager. Watch this space.
Login to Quote

You are reading "Fantasy League of Champions - Thanks for Playing :)".