http://i1316.photobucket.com/albums/t614/Quipton/2013-07-0519_30_52-FootballManager2013_zps3b325fdf.png
September was a good month for Newcastle, which saw 'The Toon' pick up seven out of a possible twelve points - but also condemened them to their first loss under manager Gary Lineker.
Newcastle began the month well, with a 2-1 win at home to Southampton as well as a emphatic 3-0 away win against Crystal Palace that lifted them to 4th in the table. A word of sympathy goes out to Crystal Palace however, as they have not scored in any of their first six games back in the big league.

It was always going to be tough heading down to London to face, deservedly or not, the Champions Of Europe. Newcastle made a good go of it and even managed to score the opening goal of the game - a goal from Hatem Ben Arfa that was later voted goal of the month. It was never going to work out and a Frank Lampard quickfire double squashed any hope of an upset.
Newcastle did grab a point against a in-form Liverpool side to end the month in good spirits, and sitting sixth in the table.

http://i1316.photobucket.com/albums/t614/Quipton/2013-07-0519_32_29-FootballManager2013_zpsbcbc1416.png
October was full of upsets, revenge, progression and Newcastle. 'The Toon' were on the up, and took six out of nine points as well as advancing two rounds in the Capital One Cup.
The month started with a home game against Chelsea in the cup, a reverse of the 2-1 defeat last month. This time it was 'advantage Newcastle' (excuse the tennis pun, it is Murraymania over here at the moment) and Newcastle completed a 2-0 win over the Londoners. The winning streak continued with a 2-1 win against West Brom.

Next up was an away match to recent Premier League champions Manchester City. The fight was a valiant one but City grabbed a late winner and took the game 1-0. Back to winning, and this was the pick of the lot - a 2-1 win against then league leaders Arsenal (only thanks to the overpowered Giroud).
The month was rounded off with a 3-1 win over Wigan in the cup, and Newcastle will face Birmingham in the Quarters.
http://i1316.photobucket.com/albums/t614/Quipton/2013-07-0519_34_01-FootballManager2013_zps49d559f2.png
Login to Quote

November: On the Road

http://i1316.photobucket.com/albums/t614/Quipton/2013-07-0616_03_56-FootballManager2013_zpsfdfeb555.png
"It was a bad month, we didn't get the results we wanted, but here we are - fifth in the table and on course for European qualification". This is what Newcastle manager Gary Lineker had to say during his Hull press conference.
The month started with a trip down to London to face West Ham in which Lineker's men walked out 2-0 victors. This was a great result for Newcastle as their away form has been a bit shabby as of late, and this new trend in terms of away results was emphasised with a further 1-0 win away against Norwich.
http://i1316.photobucket.com/albums/t614/Quipton/2013-07-0608_03_53-FootballManager2013_zpsa37e4874.png
The run couldn't last, and a trip to Wales proved too much for Newcastle as they succumbed to a 2-0 defeat. In the rest of the month Newcastle faced two teams that were just promoted, and took a disapointingfour out of six points. These results left them lying fifth, and in a Europa League qualification spot. Next month should prove a defining one, and test how good their squad is as they have six games in four weeks, including games against Manchester United and Tottenham.
http://i1316.photobucket.com/albums/t614/Quipton/2013-07-0608_01_57-FootballManager2013_zps54c16a75.png

Hahaha, I should have a Kinnear update going up later, might have to just throw these in there

Kinnear: Its All Down To Me 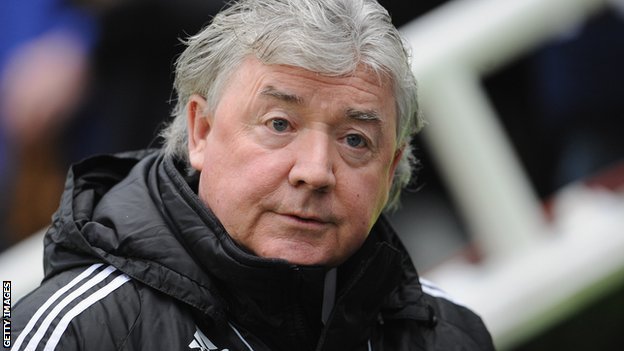 Journalist: Congratulations on your league position, do you think you can hold out?
Lineker: Thank you, Joe and I have a mission, and I am just glad it is working as planned - otherwise both our jobs will be on the line.
*Kinnear peers around at Lineker with a scowl and mutters something under his breath*
Journalist: Sounds like you don't agree here, Joe, what are your thoughts on the matter?
Kinnear: Well, I have done my part, I have brought in the players - it is down to you now Gary to grab us the results. Thankfully, for him, we have.
Lineker: You claim to have brought in all of these players, mate, but yet Loic wants to leave, and quite frankly - I want to let him.
*The Journalist's head darts round, pen to paper, scribbling down this latest exclusive*.
http://e1.365dm.com/13/03/660x350/Loic-Remy_2919704.jpg
Journalist: Remy wants to leave? Surely thats bad management?
Lineker: I admit I haven't been giving him the time he deserves, but that is only because we did not need him. I have apologised and placed him on the transfer list, end of the matter.
*Lineker leaves the room*
Journalist: So Kinnear, your league position, how much of it is actually down to you?
Kinnear: All of it, it's all down to me! I brought in Naani, nurtured Yohan Kebab and most of all - put Newcastle on the map, full stop.
Journalist: Wow! I think that will be all for now, thanks.
Login to Quote

k1rups
7 years
A good few updates and some great results there! Definitely enjoying the journey
Login to Quote

http://i1316.photobucket.com/albums/t614/Quipton/decres_zps0253ed78.png
December proved to be a solid set of results for Newcastle, home and away. Lineker and his boys began the month with a 3-0 away win over Everton. This was especially special as Lineker put out a second-string team in preparation for his Capital One Cup quarter final - and they still did the jobs.
http://i1316.photobucket.com/albums/t614/Quipton/dectab_zpse65b9b36.png
After progressing to the semis of the Cup with a 2-0 win against Birmingham, a first team in need of rest could only manage a point at Villa Park. Fulham next, back to full fitness, and all three points were taken. In the remainder of the month, Newcastle had three tough fixtures against Manchester United, Tottenham and Sunderland in which they took six out of nine, including a 2-0 win against Manchester United.
http://i1316.photobucket.com/albums/t614/Quipton/decfix_zpse22fcbe9.png
Next month looks a tough one, and with Papiss Cisse and Cheick Tiote away at AFCON - don't expect too much

Kane
7 years
A good month. Unlucky about the Spurs result, but a great result against United. It looks like a place in Europe is on the horizon too! The Manchester City game in the FA Cup will be interesting, good luck!
1
Login to Quote

Papiss Cisse's latest run of form has not gone unnoticed, and thirteen goals in sixteen games has seen him win both African Footballer of the Year and the Broadcaster's African Footballer Of The Year as well as being the leading man in an African XI that included Alex Song, Yaya Toure and Samuel Eto'o.
At the ceremony, he said "This is a real honour to be handed one award, let alone two. I really don't deserve it though - Yaya is all round a better player, I try my best but I will never be anything like him".
His manager, Gary Lineker had this to say, "Papiss has been the driving force behind our success this season - he will always remain modest but he is the best and that is why he is the best".

http://i1316.photobucket.com/albums/t614/Quipton/janres_zps660afc75.png
January was not a very good month in terms of Newcastle's league campaign, but Gary Lineker managed to pick up some vital wins to keep their cup campaign alive. Newcastle began the month with two straight home defeats against Stoke and Manchester City - who had just rehired manager Roberto Mancini. A small run of form began as they first beat Norwich 1-0 in the semi-final of the cup, then took five points out of nine against mediocre opposition. The month ended the same way it began, with defeats against West Brom and Chelsea - manager Gary Lineker has vowed to "recover and come out of this better than ever".
http://i1316.photobucket.com/albums/t614/Quipton/jantab_zps9cf9858d.png

http://i1316.photobucket.com/albums/t614/Quipton/astori_zpsad602bd2.png
Gary Lineker took steps to sure up his defence with the signing of 26 year old center back Davide Astori. "David has some great ability, with his tackling, heading, aggression and determination all above average. Hopefully he can now kick on and help Fabrico (Coloccini) with his defending" - manager Gary Lineker upon announcing his new signing.
In other news, Newcastle has loaned in striker Marco Ruben for one month in order to cover for Papiss Cisse, who is at the African Cup Of Nations.
http://i1316.photobucket.com/albums/t614/Quipton/transfers_zps409587b3.png
Login to Quote

You are reading "Gary Lineker - All Talk!".