LFCsedso
8 years
This save is all about restoring Manchester United to there former selves. I have downloaded the save game in 2042 and United are a very inconsistent team but mainly finishing in the EURO Cup places. This is a massive disappointment for United fans and my aim is to take United back to the top.


For the 1st season i am managing Manchester United are qualified for the group stage of the EURO Cup which in itself is shameful. In the save Manchester United haven't won a Premier league since 2026 and that was there 3rd back to back league.

Here is a link to the save- http://www.fmscout.com/a-fm13-save-file-for-june-2042.html
Login to Quote

Louis O.
8 years
This'll be interesting Sed, I will follow!
Login to Quote 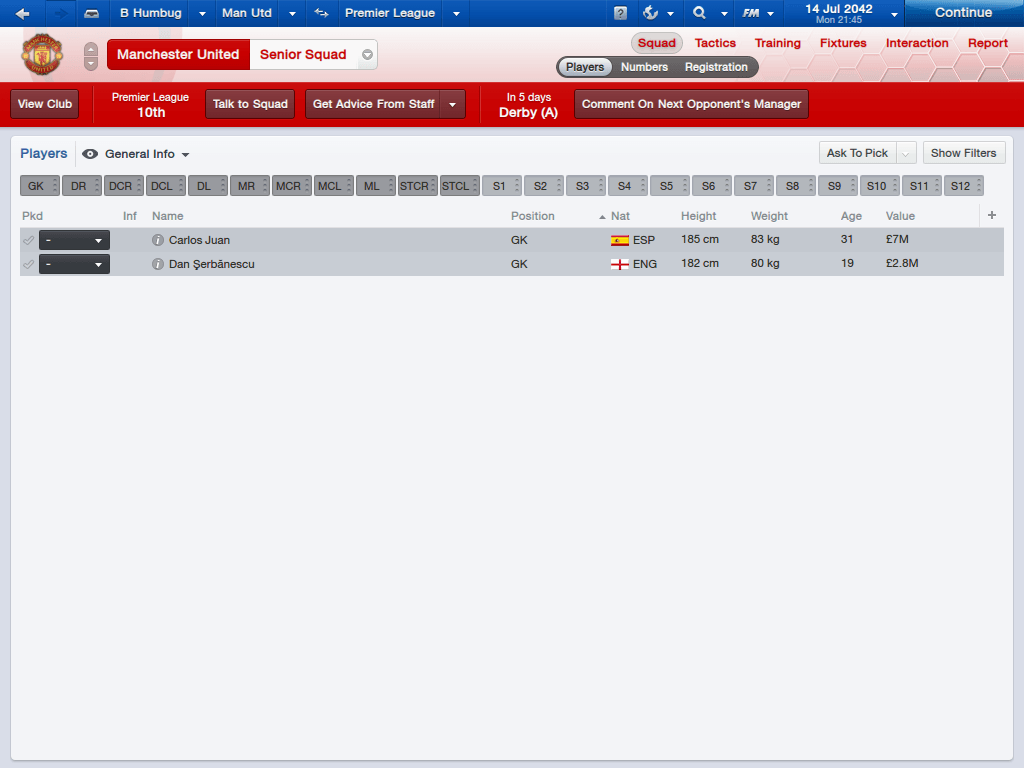 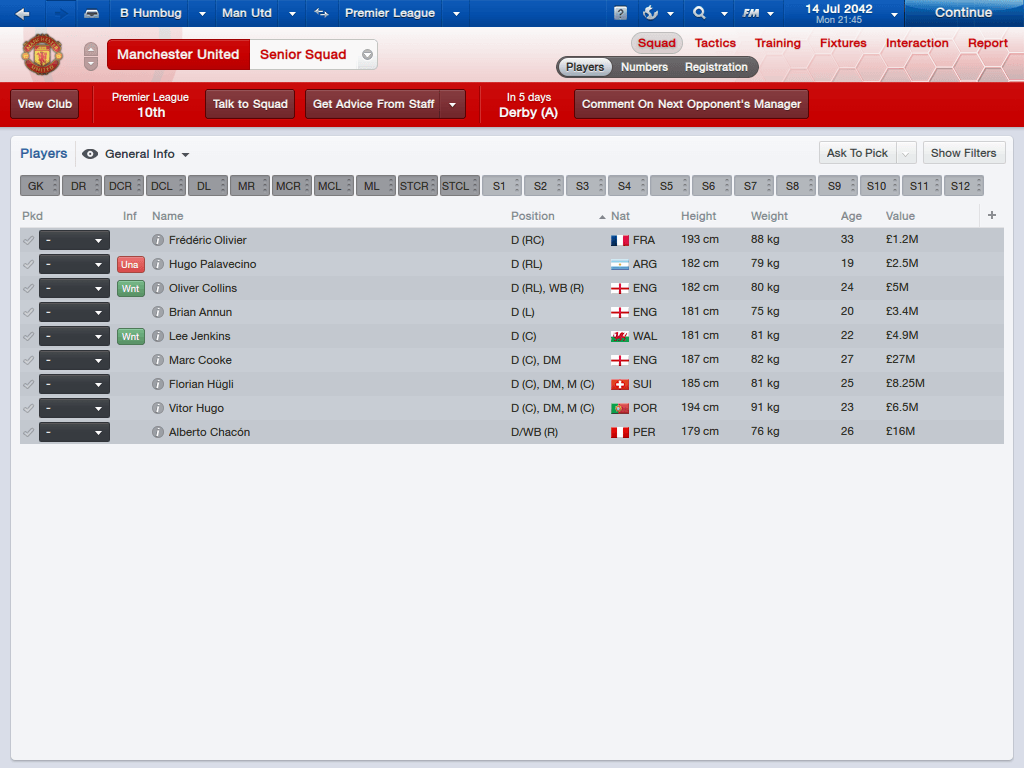 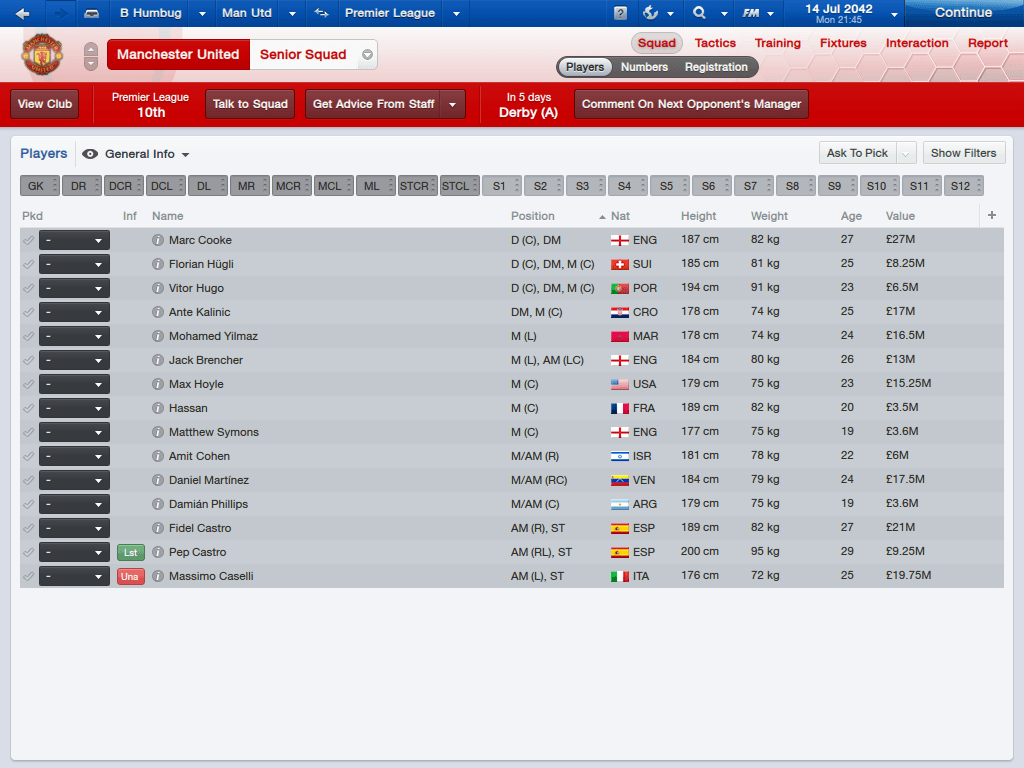 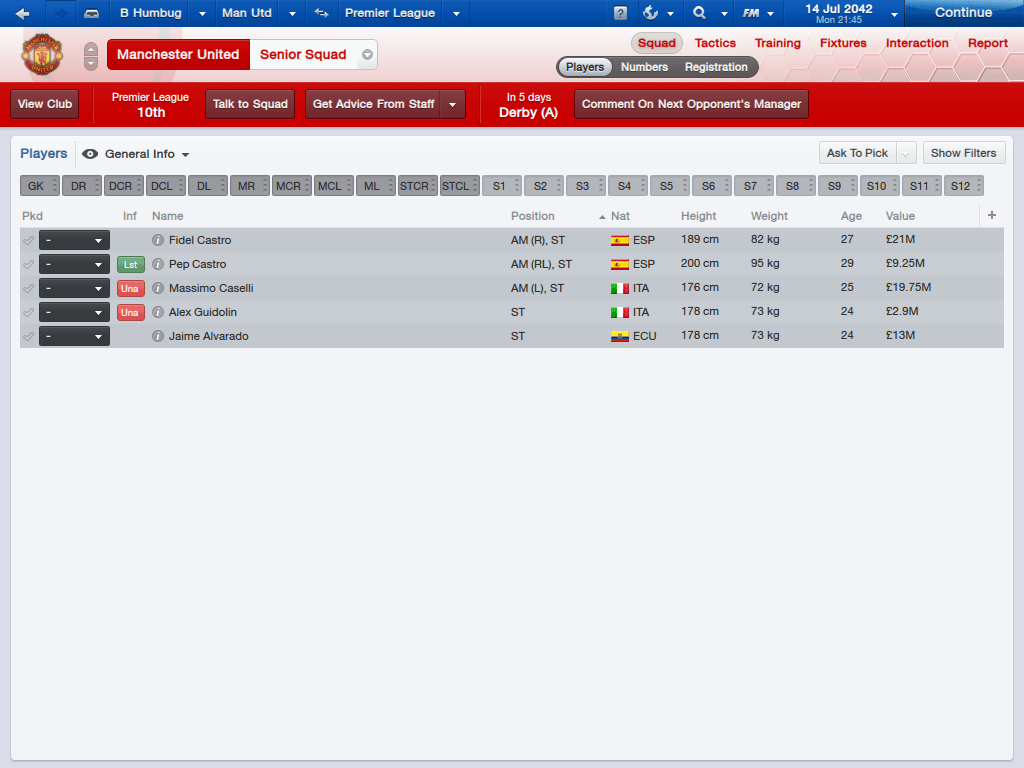 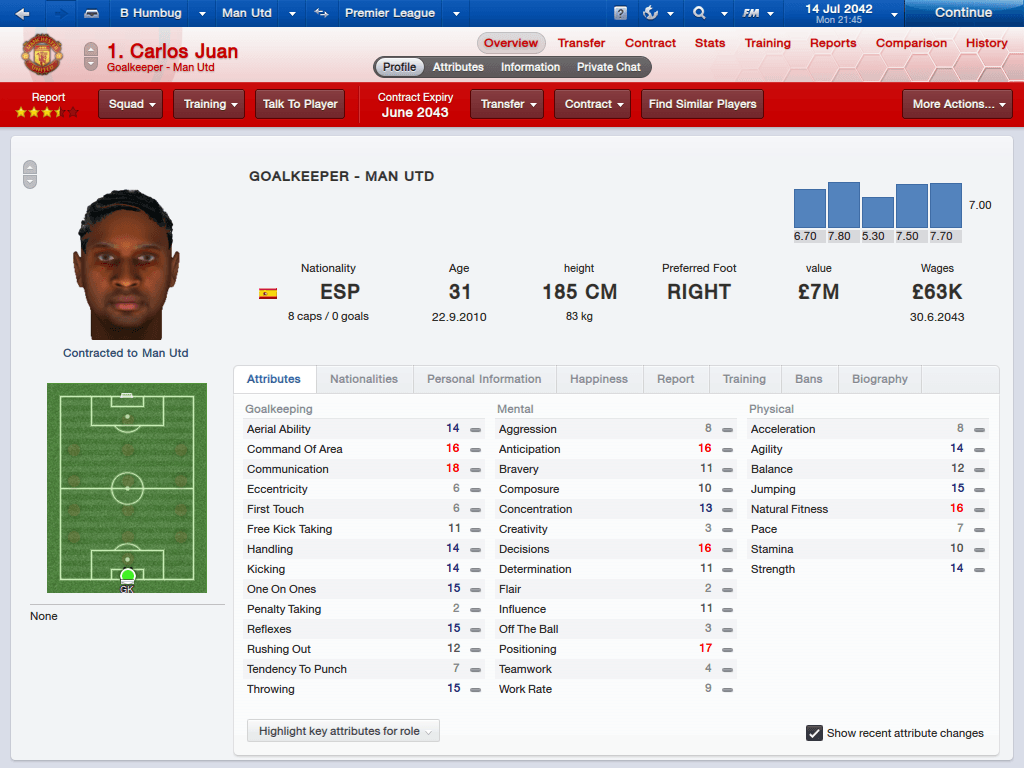 Carlos Juan is a 31 year old Spanish goalkeeper who was bought for £11 million from Norwich City. Norwich originally got Carlos from Barcelona B for free and maintained his services for 3 seasons. At the United team Carlos is the 1st team goalkeeper ahead of the youngster Serbanescu. As Carlos is at his peak i will be looking to bring in a goalkeeper of an age of around 26 so that i can keep the goals conceded to a minimal. 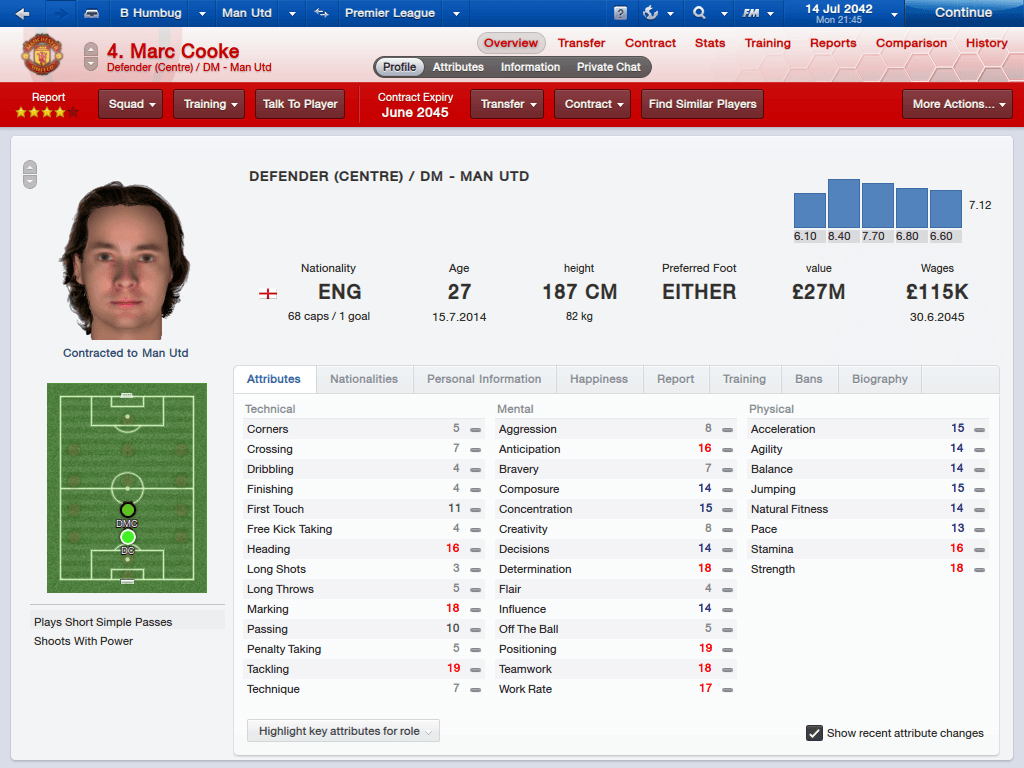 Marc Cooke is a 27 year old centre back who risen from the youth team of Manchester United. Cooke seems like a modern version of Ryan Shawcross as he isn't versatile and only has stats for the position that he plays. He is strong and fairly fast and will be the rock in defense for United.

It doesn't just finish there most United players have there only unique abilities especially the right back Chacon, the right winger Martinez and the amazing striker Fidel Castro.

For my next update i will be explaining where i need to improve the squad and see if i have brought any players in.
Login to Quote

promitch
8 years
This will be interesting mate, just for interest sake could you post the tables from say league 2 and up too see where teams are now?
Login to Quote 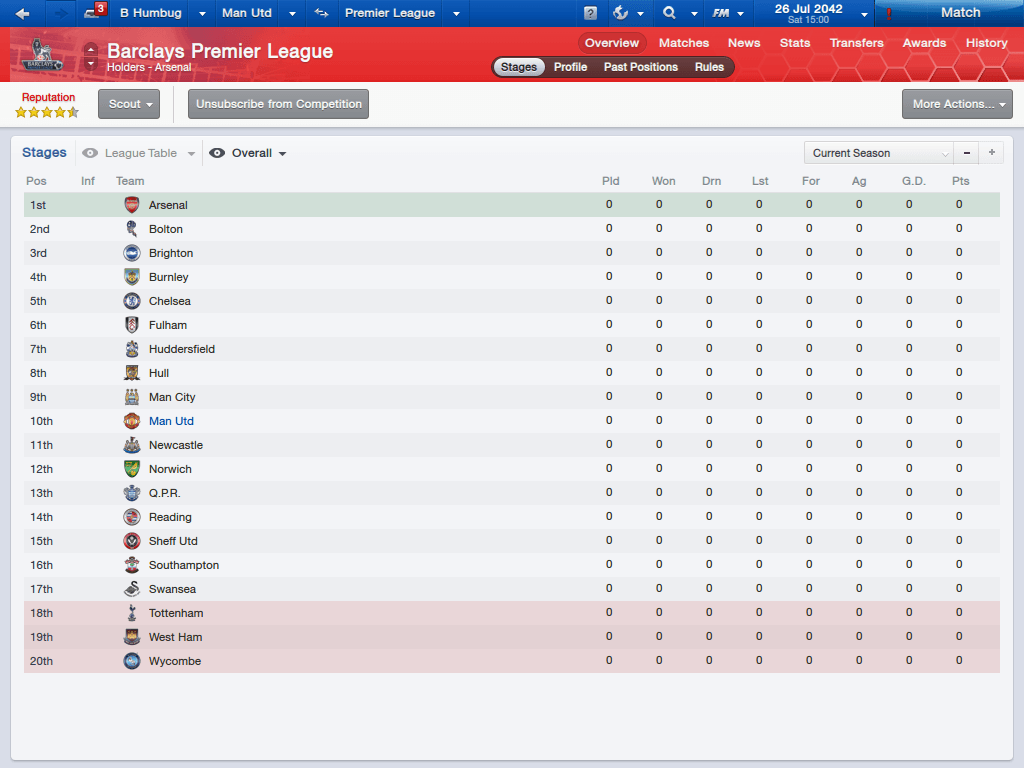 Npower League One, Top Half

Npower League One, Bottom Half

Jozef
8 years
WYCOMBE IN THE PREM.

Nathaniel
8 years
Fidel Castro....Yeah that's his name..... It wouldn't be Vicente or anything....
Login to Quote