The main goal is similar to the Pentagon Challenge ,that many of you probably heard about it before, but I'll use a quote I randomly found on Internet to explain it just in case you didn't(just use the "Pentagon Rules" button). Otherwise you can skip to my resume.

Once you win all five your status will be cemented as some sort of FM God after you upload your save game, we don't want any cheaters you see. No point in cheating is there really lads as it is just a game.

How do I take part?

Simply create a Career using the rules stated above and your rolling. You can use this thread to ask any questions or to just keep people updated with how you are doing.

There are three other elements to The Pentagon that you can add if you want.

1. Sustainable Management - You keep things financially realistic. Only spending what you have, living within your means, not spending huge, unrealistic amounts. If you want added spice you can try and make a profit on transfers every season.
2. Nationalistic Management - You sign no foreigners. So if you're in Russia you only sign Russians, if you're in Brazil you only sign Brazilians, etc
3. APLA - Anti Premier League Alliance You don't load England in your game. You totally avoid it. Only real men don't load England.
4. To make the challenge a little bit spicy you could even add a "no resign" clause: you can change team only if...

You win the Champions' league
You get sacked

So you can't choose to change team just because you feel it's not good enough for you."

Adding to the "Pentagon Rules", I just decided to spice up the things a little bit (like if it wasn't hard enough already) with the National Cups objective, which consists on winning all five Continental Cups plus the Fifa World Cup.

I'll sum up things a little bit with a bullet list:


So, it begins! Here you can follow my career by choosing a chapter from the list bellow, which I'll update as soon as I finish a season (sometimes mid-seasons, funny/important events, etc.).

NOTE: I want to apologise in advance, because my first 4 seasons have been played before I made this post here (I wasn't really planning on doing it so..). Some ingame screenshots(not all of them) are in portuguese, because it's my native language and I took them before, so I want to apologise for that but I'll try to make it simple and perceptible. The next seasons (e.g after 4th) will be totally in English, so, until then, if you have any questions don't hesitate to ask!

Mvan12
9 years
Looking forward to this one!! Good luck

Louis O.
9 years
This sounds interesting, good start! Just a question, will you be only take charge of a national team in the continent you're already in, or just take charge of anyone?
1
Login to Quote

jpms666
9 years
Louis O. , I guess that will depend on my "Career State" and mood

I can always pick the national team from the league country I am in at the time, but as said, it depends if my reputation is high enough for that or not and many other factors. When the time comes, I will decide. After all, we all play this game to have fun! Thanks for reading 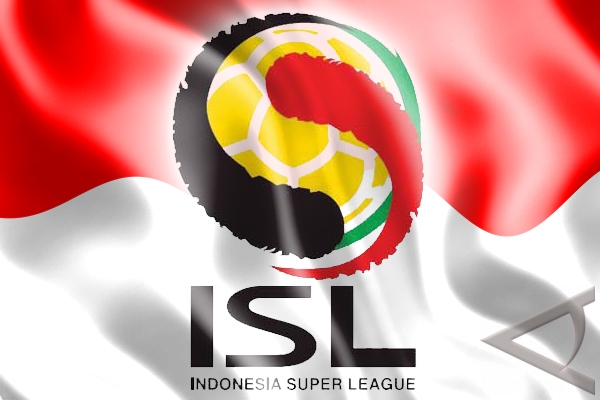 
After deciding I would start by the Asian Champions League conquer, I still had to choose one asian league to start with so, by looking at the available countries I decided to check from FIFA's official ranking which one was the "weakest"(no offense) league available in Football Manager 2013. Indonesia is number 168 according to FIFA's ranking, as you can check on the image by clicking on the button bellow.

By looking at this table I was a bit surprised to see Indonesian National Team as one of the weakests teams in the world, chasing teams like Malaysia(#159), Hong Kong(#148) and Singapore(#156). After that I checked the best/worst results ever since FIFA has this ranking, as you can see bellow.

With all this, I only needed to check with the FM2013 database and see if this ranking matches the game database.

As we can see, there are slight differences ingame since Malaysia and Singapore are bellow Indonesia in the World Nations Rankings. But according to FIFA they are not, and to untie things I decided to check ingame "World Competitions rankings" (since I didn't find any official source for this).

Finally, we have enough material to answer the question "Why Indonesia?". Because it is challenging, the most challenging career I've ever played since Championship Manager. The real question is "Why not?", and to answer to this new question I'm going to bring you some "Cultural Time" because sometimes Football Manager can get us to know civilizations better too!

I'll quote the big words for you:


http://pt.wikipedia.org/wiki/Indon%C3%A9sia:The Indonesian archipelago has been an important trade region since at least the 7th century, when Srivijaya and then later Majapahit traded with China and India.


http://pt.wikipedia.org/wiki/Indon%C3%A9sia:Following three and a half centuries of Dutch colonialism, Indonesia secured its independence after World War II.

(this one is interesting, since we might find some indonesian Robbie Van Persie ;p )


http://pt.wikipedia.org/wiki/Indon%C3%A9sia:Indonesia's history has since been turbulent, with challenges posed by natural disasters, corruption, separatism, a democratization process, and periods of rapid economic change.


http://pt.wikipedia.org/wiki/Indon%C3%A9sia:Sports in Indonesia are generally male-orientated and spectator sports are often associated with illegal gambling.


http://pt.wikipedia.org/wiki/Indon%C3%A9sia:It has 34 provinces with over 238 million people, and is the world's fourth most populous country (The first among Islamic countries)


With all this in mind, I guess it's a good chance to build a reputation with this country, not only with his clubs but also contributing with some quality players for their national team. I would like to leave you some side objectives I would like to achieve in this country:


Who knows, I might be assuming control of the Indonesian National Team and win something important with them later...

Hope you enjoy it,

See you back soon with the beginning of my campaign!!
Login to Quote

Jack
9 years
I finished the Pentagon Challenge a few months ago, it'll get easier if you stick to it, but anyway, good luck mate

Really? Have you posted it in here? I would like to hear some of that adventure

Where did you start?

Thanks !
Login to Quote

I started as an unemployed Sunday League Footballer as promissed before, looking for a club where to start my hopefully successful career!
http://s12.postimg.org/l1mck5e5p/Jo_o_Santos_Overview_Information.png
These are the available clubs at the moment, as you can see there is one selected ...

There are some rumours that they might be very interested on having me as their new manager. In order to make this post a bit more appealing and interactive I'll let you guys try and guess which club I'll be coaching the next season.
I already gave you some hints about my career choices, also my "banner" and profile picture might help you guess which club is this I'm talking about!

Do you Want to know more about this team? Can you figure it out? WHO IS IT ?

HINT: One funny fact, I assume Indonesian First Division was as unknown to me as to Footbal Manager 2013 creators, because these team I'm talking about use a wrong "kit color" ingame ( it's RED! ) instead of their real colors ( which are ...

Louis O.
9 years
Is it Persepar? They have a ? on their shirts

Really, they have? Never noticed ahaha Who wants to give it a another shot?!
Login to Quote

You are reading "The 11:11 Challenge ~ Pentagon Variation".