http://www.sport-legends.com/wp-content/uploads/2012/10/raul_gonzlez-wide.jpg
Today, Real Madrid and Spain legend Raul Gonzalez announced his retirement from professional football, shocking football fans worldwide. The 36 year old, who spent over 15 years with Real Madrid and enjoyed a 10 year international career, said that his body just couldn’t handle all the training anymore, claiming;
“I just aren’t the player I used to be. The training is tough and I don’t think my body can handle it. So, it is with great sadness that I am announcing my retirement from professional football. It is really upsetting that I have to retire now, as I was hungry to win more trophies with Al-Sadd, but unfortunately it ends here.”
After a glittering playing career lined with trophies, Raul’s millions of fans worldwide say they are devastated at the news. Gonzalez had only spent 1 season with Qatari club Al-Sadd, and previously had a 2 year stint at Bundesliga club Schalke following his Madrid farewell. In a 19 year playing career, Raul played in more than 1000 professional games, becoming a lethal goalscorer during his prime.
However, Raul acknowledged that this news would not end his involvement in football, hinting:
“What do I do next? I am so far undecided. Do I become a coach? An assistant manager, perhaps? Do I try my hand at management? I don’t know yet, but believe me when I say that my relation to football is not yet over, this is merely the start of a new chapter in my career.”
Login to Quote

wellsy1498
7 years
Nice start been looking forward to a Sevilla story for a long time.
Login to Quote

http://u.goal.com/115200/115239_heroa.jpg
In a strange time, almost close to the start of the season, Unai Emery, Ex-Manager of Sevilla, has been sacked, the reason is unknown to the public, but it has been rumoured that it was a fight between Emery and the Sevilla board, due to him not having enough transfer funds to buy the players he needs.
When questioned about this, Emery replied 'You can't expect me to continue managing such a mid-table team with such bad treatment from the board! It's a disgrace! Alot of teams want me and I can manage a much better team than Sevilla!'
His words were of arrogance and confidence in himself, he believes he can do better at another club after leaving Sevilla after bad treatment, however Sevilla are now set to search for a new manager for their club, with many managers out of job, however closest to this matter is ex-Madrid legend, Raul Gonzalez, when questioned about this, Raul stated that he is ready to manage a club, however he is awaiting an offer of a contract from any team.
Login to Quote 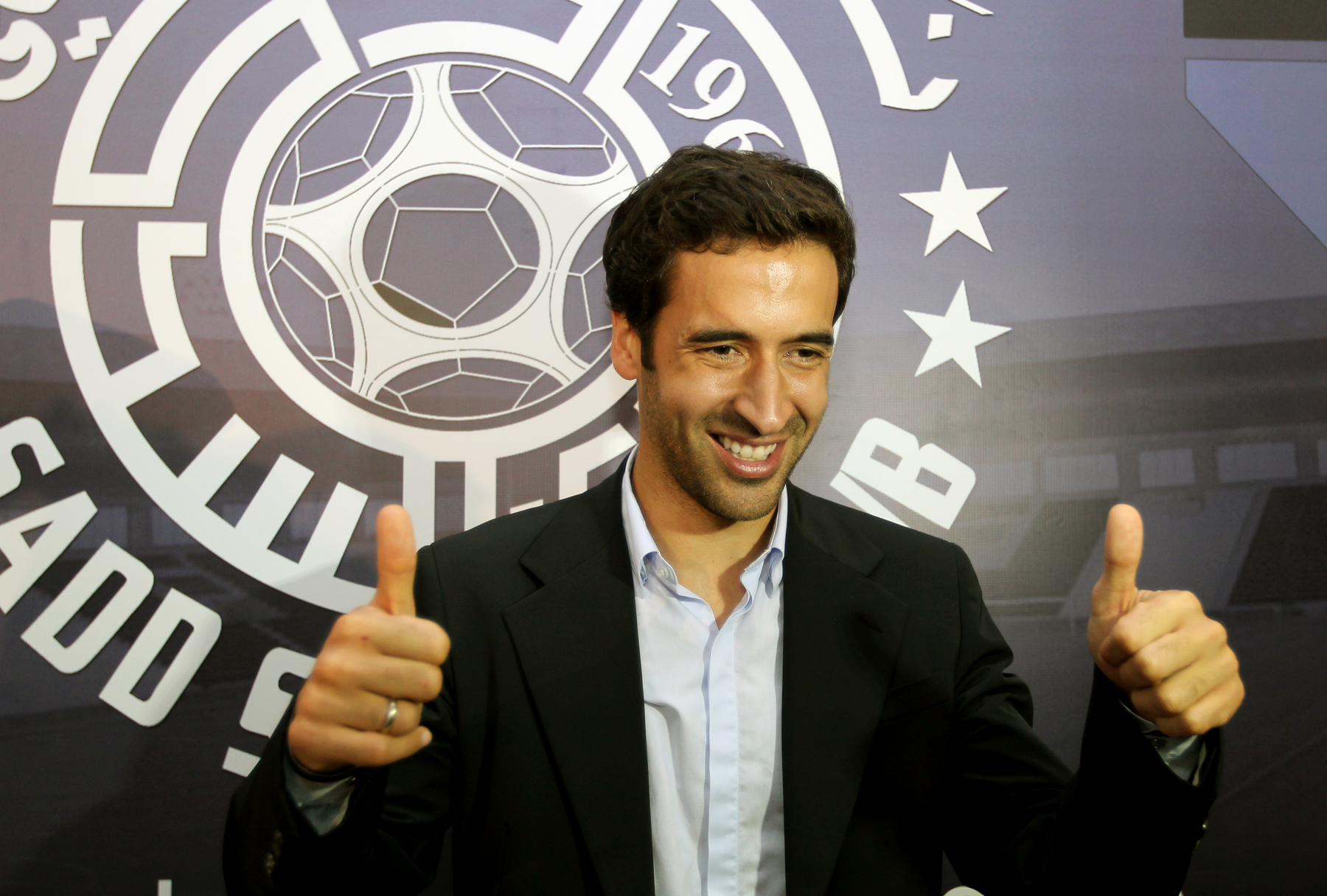 Today, Raul Gonzalez put pen to paper on a contract with Sevilla FC to be their Manager, the period of a contract was a small one, since Gonzalez is not a proved manager yet, however he will try to prove the people who doubt him wrong. He was given a one year contract worth a 100 Thousand Pounds per month, due to expire in 30/6/2013, Raul stated 'I am very proud to manage such a top club, I am looking forward to challenging my former club Madrid but as a Manager, and also I am looking forward to playing against Barcelona, who I fancy their style of play, but I am to change how La Liga works, and make my club challenging to the top 2 clubs, Madrid and Barcelona'. To introduce Raul, Sevilla chairman José María del Nido had called a press conference to be held at Ramon Sanchez Pijuan stadium, the fans gathered, the journalists gathered, and sat Raul at the table facing the journalists and beside him the chairman, stating 'It's such a huge honor to welcome Raul into the club, as Raul was a Spanish legend as a player, and hopefully, he will be a Spanish legend as a manager, I look forward to his time in charge of the club with optimism, and hope he can take the club forward to the next step, journalists, you may ask your questions please.'
To be continued when questions are asked by users (as journalists).
Login to Quote

Van Persie
7 years
That was a quick turnaround... good luck to Raul
Login to Quote

Verdinho
7 years
What a Legend! True Goalscorer
Login to Quote

Rablador
7 years
My question: "Why did you decide to become a manager when you retired and not a coach or a scout?"
Login to Quote

Raul stepped up for the conference, it was a day that he waited for, the day he was due to be unveiled to the press.
R - Rablador
J1 - Journalist one
J2 - Journalist two
RG - Raul Gonzalez

J1: Welcome, Raul! Today is your return to Spain, but for a different team, do you feel any change?
RG: Yes! And a big one too, everything in Spain changed, Madrid got new players and new tactics, so did Barcelona, Valencia dropped down, while Atletico have stepped up.
J2: You mentioned all of these clubs, but not the one you're supposed to manage! Sevilla, what about them?
RG: Sevilla are a big club, and one that was to be feared in Spain, but in recent years their form has dropped and I intend to do my best to regain that form and stature back and challenge the top clubs in Spain
R: Why did you decide to become a manager when you retired and not a coach or a scout?
RG: That's a tough one.. but it was for no other reason that I loved the idea, it will be a good way to introduce myself back into Spanish football, I wanted to be infront of the camera by being Manager and not behind it as a Coach or a Scout.

The press conference had ended, and now Raul will go to the club to meet the players and think over their futures.
Login to Quote

Neal
7 years
Is this with pr0's update or without? Without Negredo and Navas you will have a much tougher time. Sevilla do have quality players like Perotti, though, and I'm sure a manager of Raul's quality will pull through! Good luck Momo!
Login to Quote

You are reading "A journey with Raul after his retirement.".