Chasing Dreams with Inter Milan, Basically i have played around 30 new games since i got my laptop back and i just cant get into any team or league..playing with teams with bank loads of money is fun to start with being able to sign who you want and when..playing with teams with 0 money is hard and couldnt get motivated, so decided to look for a fallen GIANT with the amount of money that doesnt make them super rich but able to sign a couple decent players if needed. That team is of course Inter Milan. 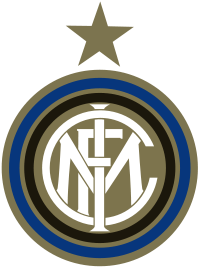 Internazionale have won 30 domestic trophies, including the league 18 times, the Coppa Italia seven times and the Supercoppa Italiana five times. From 2006 to 2010, the club won five successive league titles, equalling the all-time record. They have won the Champions League three times; two back-to-back in 1964 and 1965 and then another in 2010; the second most of any Italian club after their local rivals A.C. Milan. The last completed an unprecedented Italian treble with the Coppa Italia and the Scudetto. The club has also won three UEFA Cups, two Intercontinental Cups and one FIFA Club World Cup.

Inter's home games are played at San Siro, also known as the Stadio Giuseppe Meazza. The stadium, which is shared with rivals Milan, is the largest in Italian football, with a total capacity of 80,018. Milan are considered one of their biggest rivals, and matches between the two teams are called Derby della Madonnina, which is one of the most followed derbies in football.As of 2010, Inter is the second-most supported team in Italy, and the eighth most supported team in Europe. The current president and owner of Inter is Massimo Moratti. The club is one of the most valuable in Italian and world football. It was a founding member of the now-defunct G-14 group of Europe's leading football clubs as well as its replacement, the European Club Association.

Newly appointed Inter Milan manager Mark Kolatowicz has today spoken to the media after alot of uncertainly around the San Siro camp.

"Im really happy to be here, i cant think of a bigger or better club to start my managerial career, i know alot of fans will be against me at the start but i will do my upmost to get these fans on board. Im really happy with the squad i have inherited and wont be changing too much, maybe a couple of new faces to add sharpness and a few faces will leave to free up funds and get the wage budget down."

My main aim for this season is to get the team playing fluid football together and mount a serious title challenge, im not here to lie, i want to dethrone Juventus. They are a great squad and have only got better with the additions of Carlos Teves and Fernando Llorente but this season wont be an easy walk in the park for them"
Login to Quote

Rablador
8 years
De-throning Juve will be a tough ask, but definitely something to aim for!
Login to Quote

Inquisition
8 years
Nice start, good luck! You been given a generous transfer budget?
Login to Quote

Glenn T
8 years
Brilliant start! Always have to follow a story by the great Mark Kolatowicz

I'll be curious to see how you handle things compared to how I did. The finances are a right mess, but if you can sort that stuff out you'll be good. Good luck!
Login to Quote

Wage Budget Down As Players Leave


Inter Milan have today confirmed the departure of 5 players on a permanent basis and the departure of 10 players on season long loan deals. It is understood that Kolatowicz was very concerned about the wage budget when he took-over as manager and wanted to sort that out as soon as possible. With the club spending nearly £1,400,000 a wekk on wages, the financial situation of the club was getting worse. Reports are suggesting that the wages have been slashed drastically and are now sitting around £700,000. 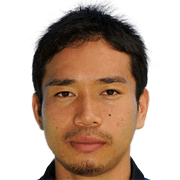 Yuto Nagatomo has been sold for a fee of £8m and will stay in Italy after agreeing a contract with Napoli. He was deemed surplus to requirements and found himself sitting in the reserve squad so a move to Napoli suited both partys. 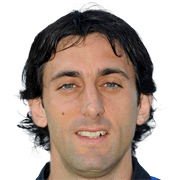 Diego Milito was the next player to wave goodbye to the San Siro after Real Madrid had on offer of £3,700,000 accepted. He is 33 years old and Kolatowicz just didnt see him fitting in to his new look side. A hefty figure which was reported as over £100,000 was slashed from the wage bill due to his departure. 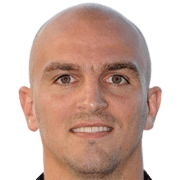 Esteban Cambiasso another player sold by Inter purely to cut down their wage budget and have a more youthful look throughout their side. Purchased by Paris Saint Germain for £5,000,000. The offer was to good to refuse and both parties were happy enough to push through and get the deal done.


Andrea Ranocchia and Walter Samuel have also partied ways with Inter Milan, and will join ACF Fiorentina and Lazie respectively. Both players found themselves in the reserves after being placed on the transfer list and deemed not needed by the club. A co-ownership deal has seen Ranocchia join Fiorentina but it doesn't look likely that Inter will be makng any follow up after the 2 year ownership is over. Chivu joins Lazio for a fee of £500k and was sold to free more wages after he was on £79k p/w.

The most noteable loan deal is Fredy Guarin who joined Manchester United on loan for the season with a view of making the permanent with an arranged fee of £10,750,000 built into the contract. They will also pay 100% of his wages which are reported to be around £65,000 p/w.

It is understood now that after all these transfer and wage cuts that Inter have somewhere in the region of £30 million to spend on new players and Kolatowicz has already stated that negotiations with other clubs and players agents have begun and new faces will be beginning to arrive at the San Siro very soon.
Login to Quote


Mark Kolatowicz has been very busy in the transfer market after selling on 5 player and loaning out 10, he had a transfer budget of around £30 million to spend and looked ready to do business as soon as possible. 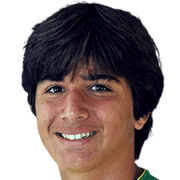 Kolatowiczs first signing in the transfer window was Flamengos attacking midfielder Mattheus, who had a built in release clause of £925,000 in which Flamengo had no other alternative than to accept. He will be on wages of £1,900 p/w until 2016. 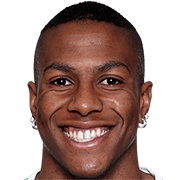 After Palermo were relegated to serie b, Kolatowicz decided to hand want-away striker Abel Hernandez another shot in Serie A. He scored 6 goals in the league last season and Kolatowicz will be hoping he can fire into the double figures this season. He has been given the number 15 shirt and will have wages of £23,000 p/w until 2016. 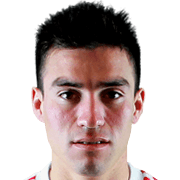 A player in which Kolaotwicz chased for weeks before eventually agreeing a deal with SLB, After finding himself on the transfer list and placed in the reserves, Gaitan was more than happy to listen to the offer from Inter. He has bags of experience and is still only 24. He will be on a contract worth £30k p/w until 2016. 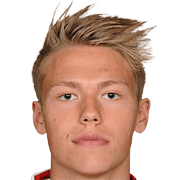 A highly rated attacking midfielder, who was sought after throughout Europe including teams like Liverpool, Zenit and Porto. He decided to join Inter Milan after an offer of £15,000,00 was accepted. He will look to rival Mateo Kovacic for the attacking midfield starting position. 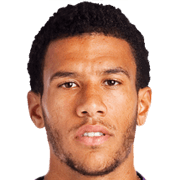 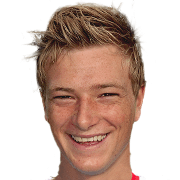 Etienne Capoue and John Guidetti have also joined the club. Capoue has joined for a fee of £13,000,000 and will look to play in a more defensive midfield position where he is at his best. Guidetti has joined on loan for the season and will look to rival Hernandez to be our main striker. We have an option to buy Guidetti for £7m if we like what we see.
Login to Quote