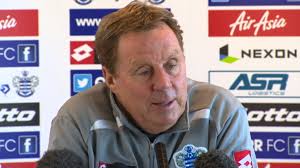 QPR manager Harry Redknapp has today left the club by mutual consent after he criticised the amount of money that chairman Tony Fernandes is paying new signings in their wages. Redknapp who was sacked as manager of London rivals Tottenham Hotspur, was appointed on July 1st after former R's manager Mark Hughes was sacked just months into his reign. Redknapp moved quickly to secure signings in the transfer market, bringing in Christopher Samba, Jermaine Jenas, Andros Townsend on loan, Loic Remy and Tal Ben-Haim. But with the QPR wage bill rising up to over £1.2m per week. 65 year old Redknapp will now take up advisory role with former club Bournemouth as QPR begin the hunt for their new manager. Bookies are tipping Crewe manager Steve Davis, Owen Coyle and Steve McLaren as the three main men in contention to replace him and an announcement on the new manager is expected to be made within the next week.
Login to Quote 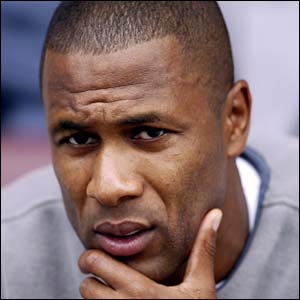 QPR are delighted to announce that they have hired the clubs former player Les Ferdinand as their new manager on a 1 year deal. Ferdinand, who turns 46 next birthday, is thought to be earning around £31,000 per week during his time at Loftus Road this season, has also said that he will try and reduce the clubs wage bill as much as he can while also trying to bring in some hidden gems and highly talented youngsters in to help secure their future in the Premier League. Ferdinand also managed to score 80 goals in 163 games for QPR from 1987-1995 aswell as scoring 5 goals in 17 games for England. His career total of goals was 184 goals in 443 games, and was one of the highlights of English football when the domestic leagues were forming and fans across the contry have now said they are relishing the chance to see him as a manager.
Login to Quote

Glenn T
7 years
I did a QPR story back in the day and my first season wasn't pretty! Hopefully it won't be the same for you

Are you starting in the Championship, then?
Login to Quote

Stivo12
7 years
Get him up front Big Les was class in his day.....long ball header boooooom goal
Login to Quote

Are you starting in the Championship, then?


nah the prem.
Login to Quote

You are reading "QPR - A Familiar Face Back In Town".