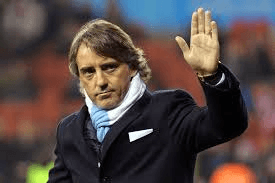 We here at Sky Sports can confirm that Manchester City manager, Roberto Mancini, has just been sacked from his post, with another two games of the season left.

We also have an official statement from the board here.

“This has been a difficult decision for the owner, Chairman and Board to make and it is the outcome of a planned end of season review process that has been brought forward in light of recent speculation and out of respect for Roberto and his extensive contributions to the Football Club.

“Despite everyone’s best efforts, the Club has failed to achieve any of its stated targets this year, with the exception of qualification for next season’s UEFA Champions League. This, combined with an identified need to develop a holistic approach to all aspects of football at the Club, has meant that the decision has been taken to find a new manager for the 2013/14 season and beyond.

“Chairman Khaldoon Al Mubarak said: ‘Roberto’s record speaks for itself and he has the respect and gratitude of Sheikh Mansour, myself and the Board for all of his hard work and commitment over the last three and a half years. He has clearly also secured the love and respect of our fans. He has done as he promised and delivered silverware and success, breaking the Club’s 35-year trophy drought and securing the title in 2012. I would like to personally and publicly thank him for his dedication to the progress that he has overseen and for his support and continued friendship.’


This is all we have to report at the moment, but tune in later for who the favourites for the job are!
Login to Quote

You are reading "Manchester City - A tinge of Red".