sedsosedso
7 years • Edited
Emma Watson aged 23 has recently gained a Continental Pro license giving her permission to manage any team. After starring in the Harry Potter films, Emma wanted a new challenge away from acting and decided to go into sport. This has shocked many of her fans as most of them think she is a girly girl that likes shopping and clothes instead of sport.

With Emma being born in France it enables her to contact some countries in and around Europe including France, Holland and Spain as all of the languages are very similar. With her new found love of football what team will Emma manage? 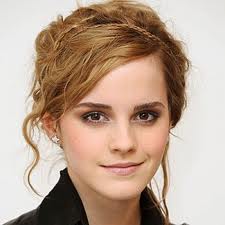 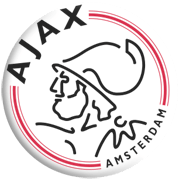 Yes, Emma Watson has her first managerial role as manager of AFC Ajax which is a Dutch football team based in Amsterdam. Ajax are one of three teams to dominate the Eredivisie, the others being PSV Eindhoven and Feynoord.

Ajax have one of the best youth program with legends such as Johan Cruijff, Edwin Van der Sar and Denis Bergkamp. All of these players are great so i am sure Emma will be pleased when the next set of kids arrive.
Login to Quote


Emma's first job in charge of AFC Ajax is to look at the squad report of the first team to determine the ability and potential of each position. First of all lets start with the Goalkeepers.

The best goalkeeper in the 1st team is 26 year old Kenneth Vermeer. He is valued at £4.1M and his 8.75k a week contract finishes in 2015. At 26 he hasn't reached his peak yet and could develop a tiny bit more. According to the daily mail, Emma has a "Special" relationship with Kenneth and will definitely be her first choice in 2 departments. 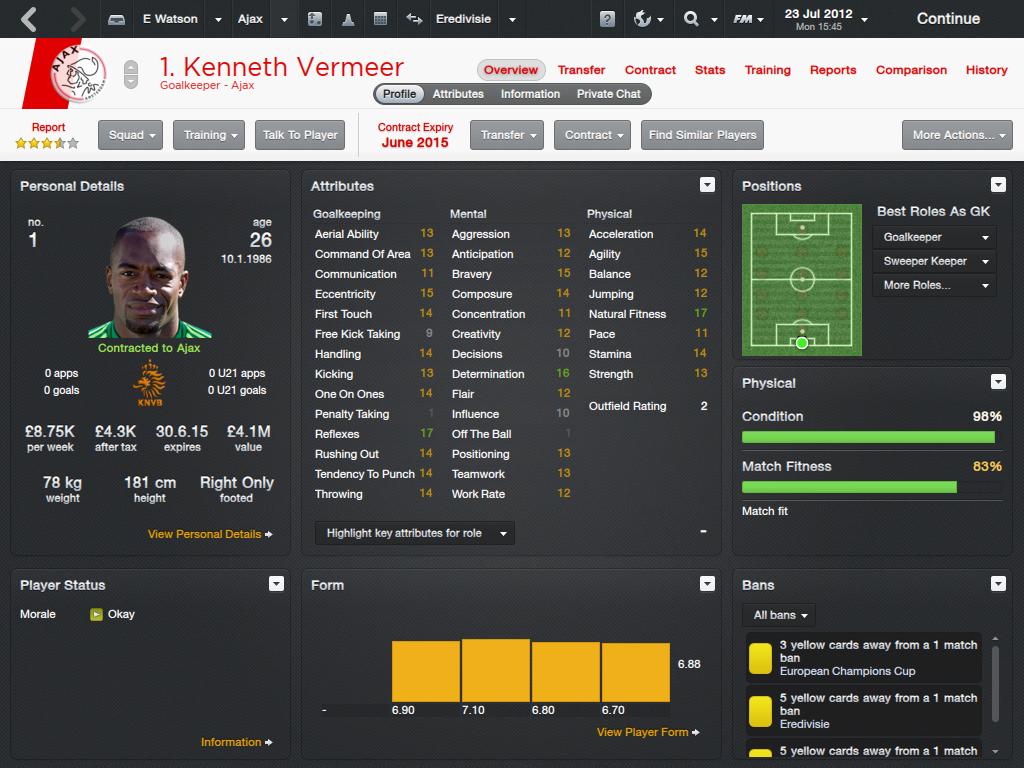 The best defender in the team is 23 year old Toby Alderweireld. his 8.25k a week contract ends in 2014 and is one of the best defenders in the Eredivisie and at just 23 he will develop into a master piece. He is a very good passer and would be a excellent option for Emma is she would use a ball playing defender but he is good at just being a central defender also. 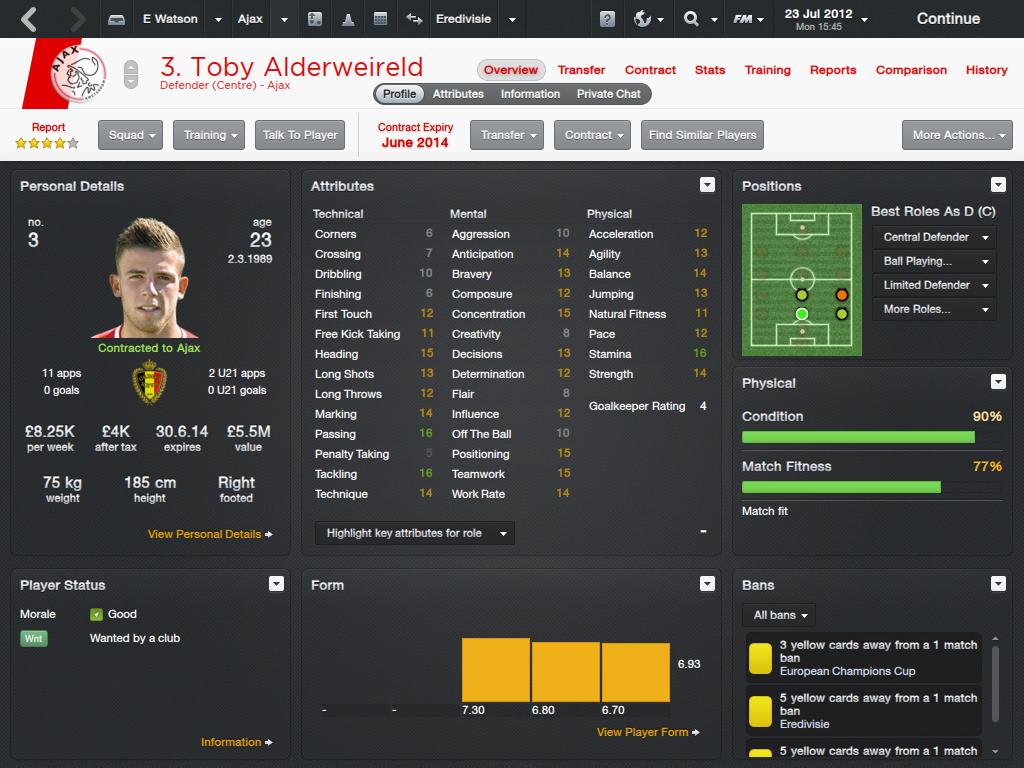 The best player in the whole of the team according to the Emma is Danish superstar Christian Eriksen. The 20 year old is already one of the best midfielders in the world and has the ability to become a leading player for any Champions league side. His 16k a week contract ends in 2014 and i'm sure Emma will want to retain his services. 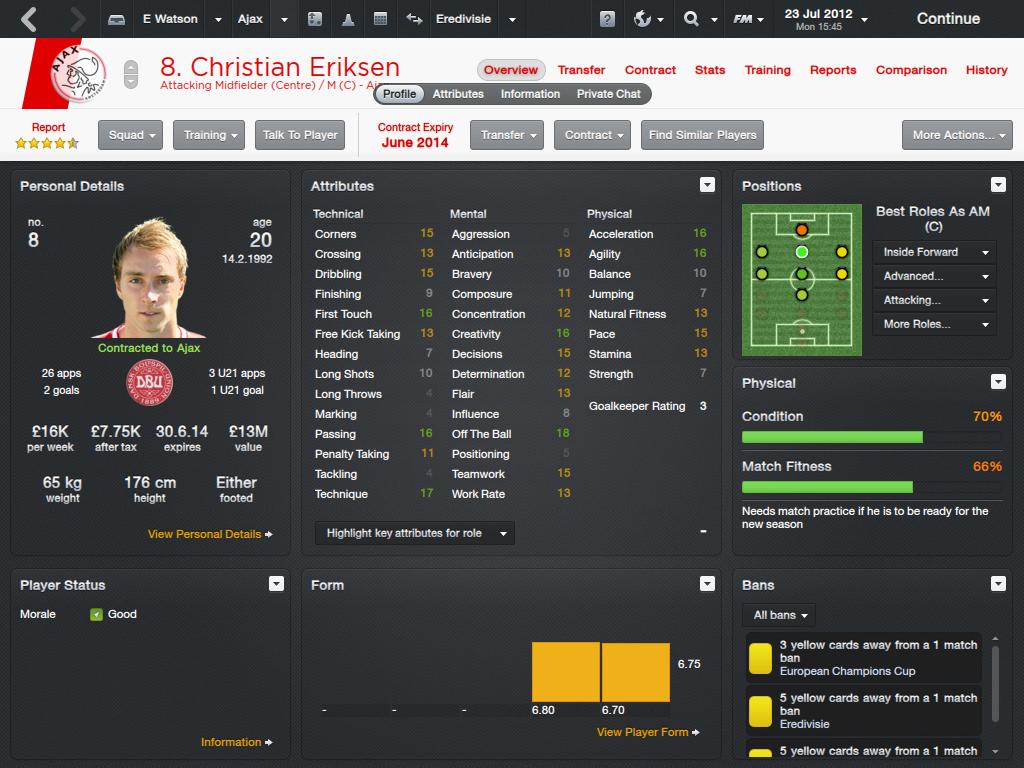 The best striker in the team is Spain under 21 starlet Bojan, who is on a season long loan from Barcelona. He is a very well rounded player with good agility and flair. Bojan isn't just a striker though he can play on either wing giving Sigporsson a chance up front. 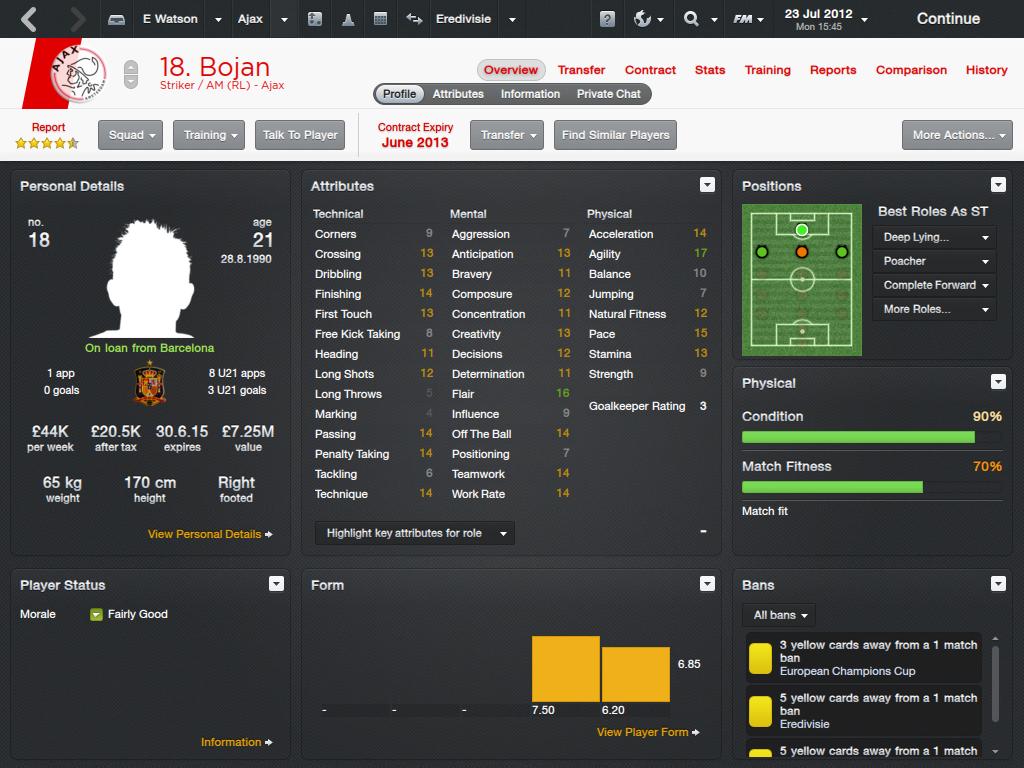 As Emma's Ajax reign begun she was given a £8.75M transfer budget and 15k wage. With that shortage of money there wasn't many realistic targets to improve the current 1st team. There was a real issue with back up players in defensive areas so Emma has spent £16M, most of it over 48 months, to bring in one Right Back from AC Milan. The young Italian starlet Mattia De Sciglio completed his move to Dutch football on the 4th of July 2013. 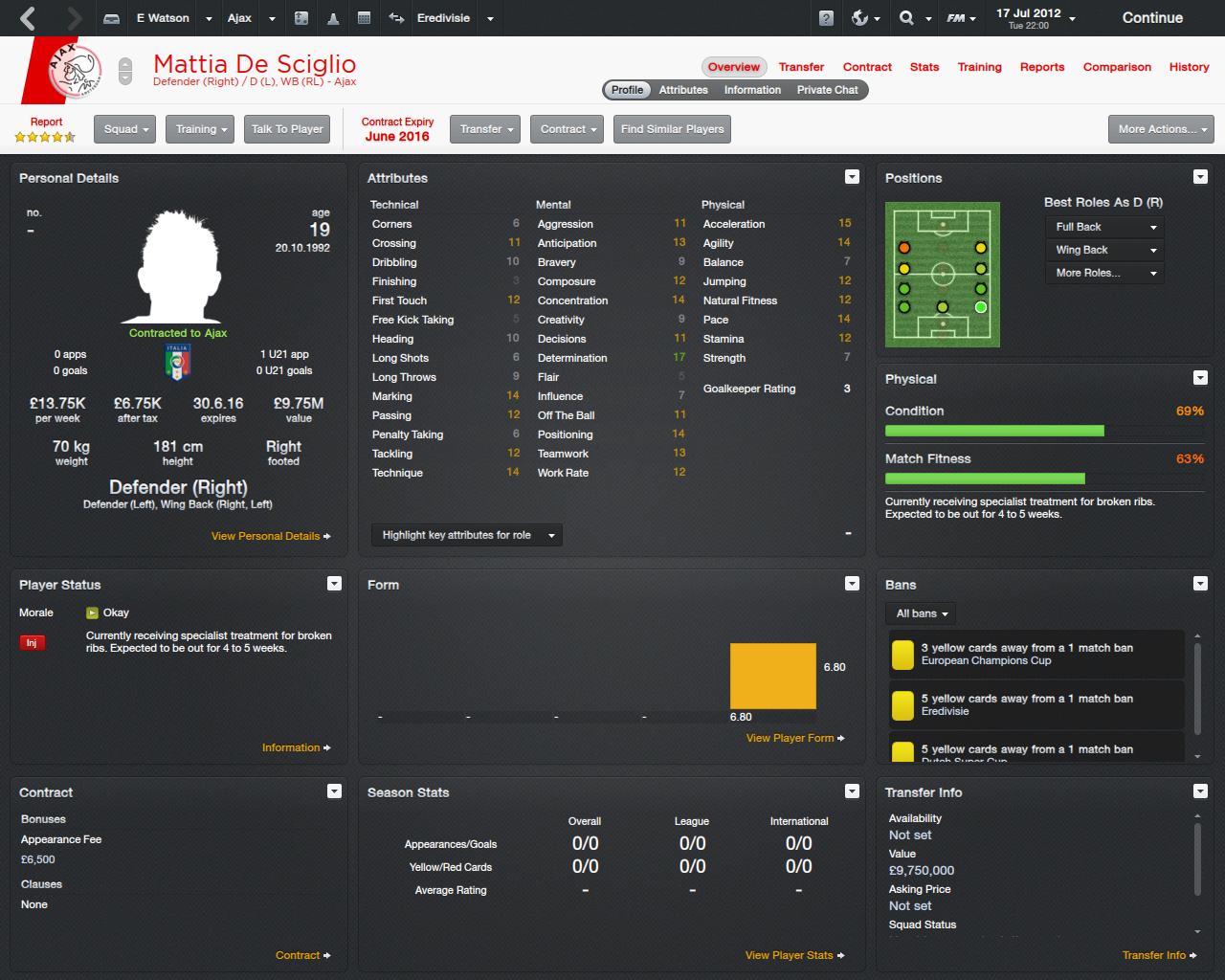 The 5 players out are all loanees, all leaving for Dutch teams mainly in the Jupiler league but Dico Koppers left for Roda JC in the Eredivisie. None of the loans made Ajax any money but the main benefit is that all players should be getting first team football in the their teams. 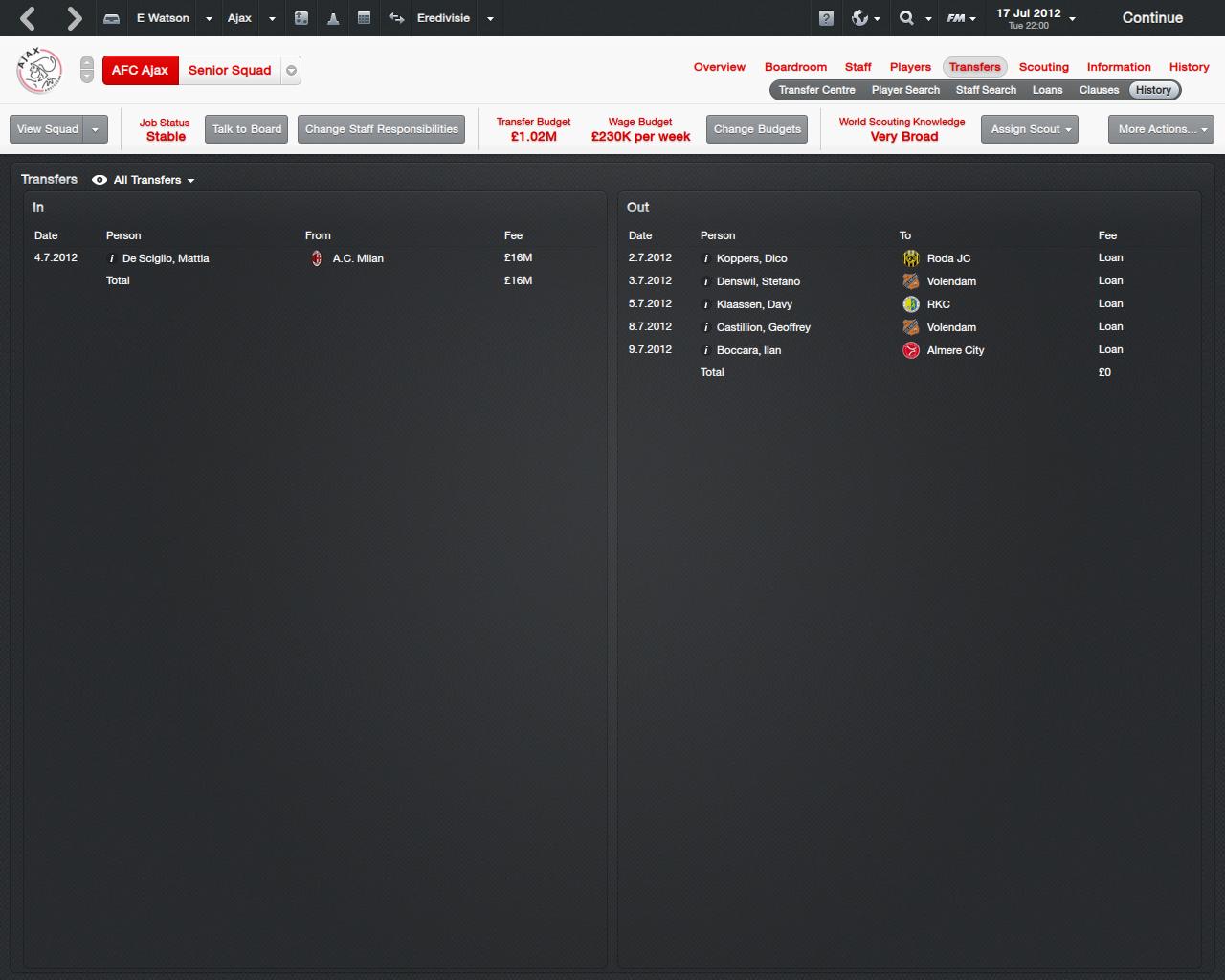 Radders2109
7 years
Good start keep it up, I will be following!
Login to Quote

You are reading "The step into management- AFC Ajax".