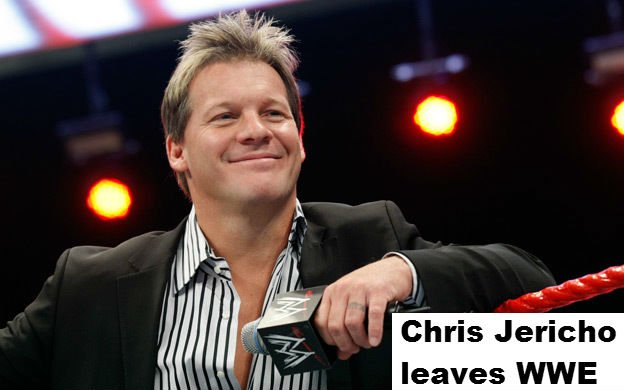 Future WWE Hall of Famer Chris Jericho is apparently done with WWE for the time being to tour with his band Fozzy which was his plan all along.

"I've made up my mind about this, and yeah. I'm leaving WWE for the time being, claimed Jericho.

"Not that wrestling isn't my priority but from the start i did have two dreams. One was being a wrestler and the other was to be in a band. The first one i have accomplished successfully i might say, and my band, Fozzy is going on a tour soon. 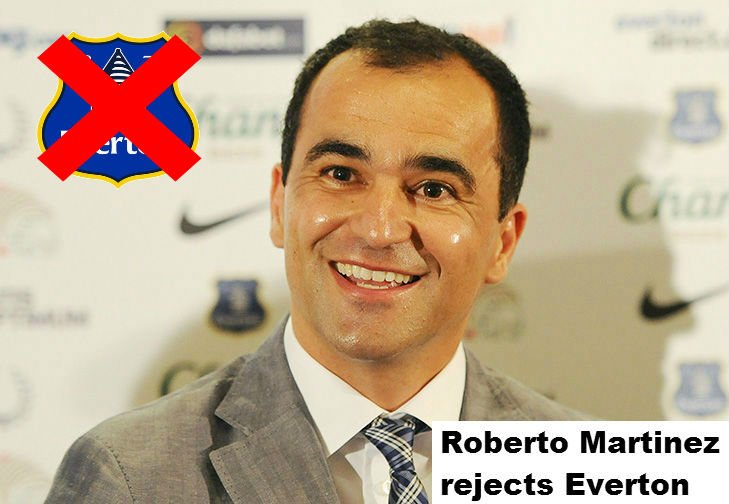 Martinez has opted to stay with Wigan, although speculation was linking him as the ideal replacement for Moyes.

After Moyes's departure to Manchester United, replacing the retiring legend Sir Alex Ferguson, Everton has been managerless, and attempts to hire Martinez as replacement has collapsed.

Neil Lennon, Phil Neville, and Martin O'Neill has been linked to the job but nothing has been finalised.
Login to Quote 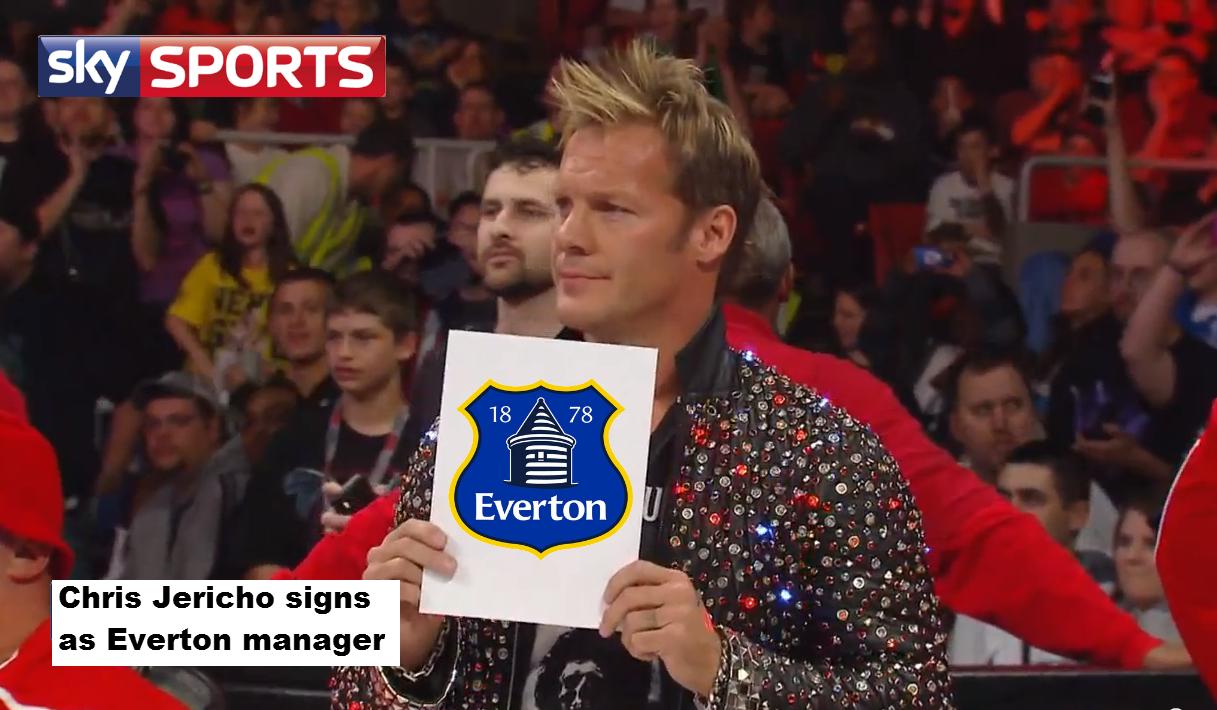 This has shocked fans of Everton as the appointment of Jericho was widely unexpected following the breakdown in talks with Roberto Martinez, who opted to stay at Wigan.

Bill Kenwright, the Everton chairman has commented that "I am happy to have appointed Mr.Irvine as our new manager.

"Although he doesn't boast a lot of experience in football, his unpredictability and commitment will do us wonders here for the long term."

Jericho was not as open as Kenwright about the appointment, simply stating that he's looking forward at the challenge at Goodison Park.
Login to Quote 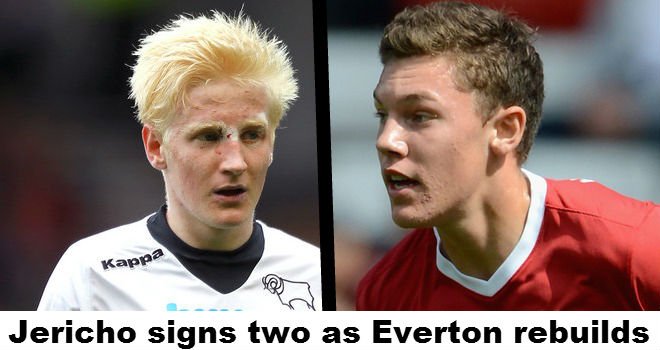 The first is Will Hughes. The promising youth from Derby County has been signed for a compensation of £1.2M and seems to be talented already. The 16 year-old can play almost anywhere on the attacking midfielder area, with his preference being on the right. The lad has great technique on the ball, with good passing and crossing. Although deemed rather selfish, his time with Everton will only be to improve his abilities and his teamwork.

The second is Paul Digby. The central midfielder is also signed for a £1.2M compensation fee, and the talented youth from Barnsley looks to impress early. His abilities in passing and hitting long shots, also being a great team player, will only to prove beneficial for Everton in the future. His poor marking will only improve and she will be a great asset to the team.

Although having no experience at all in the football business, Christopher Keith Irvine/Chris Jericho has done shrewd business, signing two talented prospects. He looks definitely building for the future.
Login to Quote 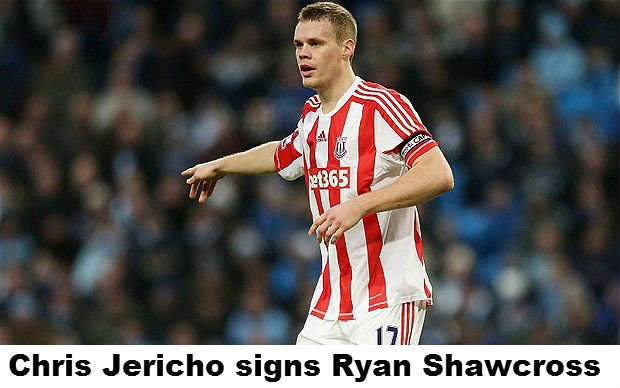 The 23 year-old has been signed for £10.25M and looks to be another impressive signing by Jericho.

Rejecting an offer from Q.P.R and choosing Everton, the central defender looks to impress at Goodison Park.

"I'm sad to leave Stoke, Tony (Pulis) has helped me a lot in my career, Robert (Huth) has also been a good friend, claims Shawcross, who has been handed the no.4 shirt.

"I thank all Stoke fans, staff, and all my teammates back there, especially Tony and Robert. I wish them all good luck in their futures."

This is Jericho's third signing so far, with youth prospects Will Hughes and Paul Digby arriving early in his reign and rumors are he's going to finalize some more in the future.
Login to Quote 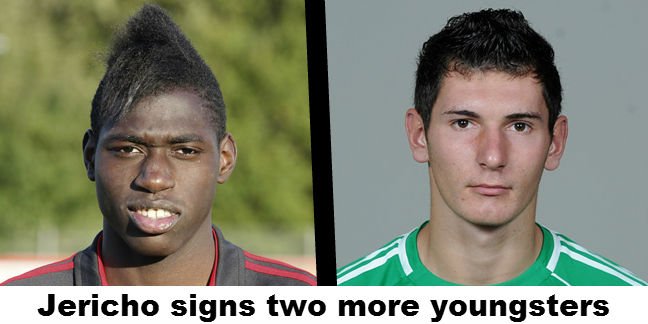 Jericho has been pleasing Everton fans with his recent signings, and now they have more reason to be, as he signs two more promising youthfuls in the form of right back Danny da Costa and goalkeeper Laurentiu Branescu.

"I am delighted to welcome them, said Jericho in a press conference, beside his two new signings.

"Alongside Hughes, Digby, and Shawcross, they will play a huge part for the future of Everton. It may take a while to realize their true potential. They need to work hard like everyone else.

"da Costa for £2.3M and Branescu for £850K are major bargains in my opinion. They will be worth more than triple their cost in the future."

But with new beginnings, there are endings. 7 players were shown their way out, including Tony Hibbert for £3.7M to Nottm Forest, Victor Anichebe on loan to OM for £1.7M with the chance of making it permanent for £5M, and Leon Osman on loan to Aston Villa for £3.7M.
Login to Quote

Rablador
7 years
Oooh nice signings, not quite sure how he became a manager though!

Yeah, sorry for not being very depth with that particular parT

The Croatian attacking midfielder will join Everton in 9.6.2012.

"Next year will be great for us having him here, if only we could have him now. I'm sure Kovacic will spend the last year with Dinamo with all he's got."

While the future arrival of Kovacic will please the fans, they are still questioning the selling of Heitinga.
Login to Quote

A pretty good start to my career here. The loss against Chelsea was deserved, while the loss against Tottenham was very unlucky. We dominated them! Villas-Boas did praise me though, it's nice to get some notice from the top managers here.

Also i am pleased to say that Everton has gone through to the group stages in the Europa League! The board wants us to pass the first knockout round. I'd say we could go all the way, but realistically, passing the group would be great too!

I'm not one to judge since i'm not an expert at football but, aren't Arsenal supposed to be huge? We're currently above them, with us being a not too high 14th. It is still the start of the season though, there are still many games to be played.

The midfielder has been vital, with 3 goals in 10 apperances, also bagging 6 assists. Moyes has done incredibly well to get him!
Login to Quote

You are reading "The Best in the World at What He Does?".