Zulte-Waregem manager Francky Drury has today resigned from his role. He says he has been offered a role in the Belgium national side

"I am stepping down as manager, with immediate effect. I feel I have achieved enough at this club and it is time for me to move on. The Belgium national side has many upcoming stars like Eden Hazard, and they gave me an offer I can't refuse".

Drury led Waregem from 2001-2010, and then he left for the Belgium u21 team. He was then reinstated as manager in 2011, but his loyal coaching reign has finally come to an end.

The search for a new manager has begun already, the next manager will have a shot at getting to the champions league knockout stage for the first time in the club's history. Bookmakers have made Darije Kalezi? an early favorite, but he was sacked last time he took the helm at the club.

Louis O.
6 years
Good start, I do like stories from a bit more obscure countries so I'll be following this


Fans of Zulte Waregem are said to be shocked but delighted with the appointment of their new manager. Frank Rijkaard has today been appointed, in a surprising turn of events. He is excited about his new role, and says he loves the style of football in Belgium.

He released a statement to the press this morning
"I am delighted to join such a prestigious club, I have big ambitions and I believe I can lead this club to Champions League glory. I am one of the few managers who have won the Champions League, and I want to do it again. It has been many years since I last had continental glory, I am going to rebuild this club and make them world-class."

Many pundits believe the Waregem side is far too weak to even get past the group stages of the Champions League, winning it would surely be an impossible feat. The transfer budget at Waregem is low, so Rijkaard has a huge challenge ahead of him. One thing is guaranteed though, they will be playing some nice attacking football and they are definitely a team to watch.
Login to Quote


Something tells me I'm into something good! 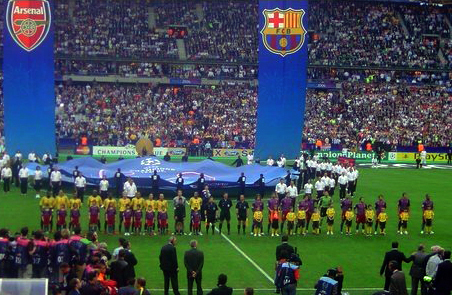 Leading a club like Zulte Waregem to the Champions League final will be the biggest challenge of my career, I still remember that night in 2006 when we beat Arsenal. Lifting that famous trophy was the happiest moment of my life, but I had a team of superstars at Barca - the great Ronaldinho and Samuelo Etto. I have to take Waregem to the top with a tight budget and an average team, this will be quite a journey...

The finances at Waregem are a little...unstable. I have been given NO transfer budget! I will have to wheel and deal and optimize the wage bill. The board have given me an expectation that I finish mid-table, the chairman doesn't seem too concerned about the clubs future, so long as I steer clear of relegation.


After working with the team for my first day of training it is clear there are some talented players here.

I have signed the experienced defender Didier Dheedene on a free transfer. He is only on £600p/w which is great for me, as I have a very tight wage bill. The fans of the club are very angry at me for signing a 40 year old, but Didier will prove them wrong. Experience is key for a footballer, especially a defender or goalkeeper. He has had 15 caps for the Belgian National Team, he has been there and done it all in his long career.

Didier will be my new club captain, he is hugely influential and a natural-born leader!
( His influence stat is 20

I have signed the experienced defender Didier Dheedene on a free transfer. He is only on £600p/w which is great for me, as I have a very tight wage bill. The fans of the club are very angry at me for signing a 40 year old, but Didier will prove them wrong. Experience is key for a footballer, especially a defender or goalkeeper. He has had 15 caps for the Belgian National Team, he has been there and done it all in his long career.

Didier will be my new club captain, he is hugely influential and a natural-born leader!
( His influence stat is 20

He is also way past his peak if you can get one season out of if him it will be a miracle. don't excpect that he plays much.
1
Login to Quote

Pre-Season got off to a flier with an impressive 9-0 victory, then a 5-2 win. Losing to Heerenveen was disappointing but there were a lot of positives in the game.

The champions league qualifying round matched me against Slovenian side Maribor, a team with some good Brazilian talent up front.

My star player Franck Barrier put in a top-class performance, finding the net twice. Habib Habibou opened the scoring, he will certainly be a key striker this season in the advanced forward position. Didier Dheedene made a great debut, timing his tackles perfectly and sealing the defence.

Here at Waregem I have gone for a 4-3-3 setup with three strikers and an attacking midfielder. In my opinion football is all about attacking and entertaining the fans, I never like to see a game finishing 0-0.

August was a month with some mixed results, we performed very well in the Champions League and secured a spot in the group stage. This meant the club had an income of over £7 Million in prize money for qualifying, which will help the club finances greatly.

The club are currently paying back some loans worth over £2 Million, so my transfer budget remains empty.

I have been given a tough group, with Real Madrid and Ajax I will have very little chance of progressing to the knockout stage, we need a miracle...

The league performances were not as good, leaving us lying in 8th place, but I am focusing all my attention on the Champions League.


I have made one more signing in the transfer market - a backup Defensive Midfielder who can also play Central Midfield. At 19 years of age he has potential for the future, and he is only on a wage of £220p/w.

Arvind
6 years
That's a tough CL group mate, you will need to be on top form to get through!
1
Login to Quote

I might have to change up my tactics and play some counter attacking football in the CL matches to stand a chance.
Login to Quote

http://i532.photobucket.com/albums/ee327/catmilkman/action2_zps896d8093.jpg
http://i532.photobucket.com/albums/ee327/catmilkman/results_zpsae54b379.png
September has been a great month at the club. The team have fully adapted to my tactics, and are playing some wonderful football. We have had great results in the league, domestic cup and Champions League. Success at this club is looking more and more closer, I just need to make some more movement in the transfer market.


We are now placed 6th in the league after 8 games, a solid start! I am not too concerned about our league position, as long as we finish in the top six we can win the Belgium title playoff.

I have a new feeder club, Oudenaarde, who I will be able to loan my players out to.

http://static1.demorgen.be/static/photo/2009/1/7/14/media_l_572414.jpg
The old club captain, Davy De Faw, was furious to learn that a 40 year old would be taking over from him. He had a heated argument with me in my office, and I had no choice but to sell him. A transfer has been arranged and will go through on the 1st of January. I will need to get in a replacement right back as soon as I can.

His departure means I will now have freedom in the transfer market, he was on £4.4k a week which was one of the highest wages in the squad. I also terminated the loan of Ibrahima Conte, who was being paid £2.2k p/w by the club. In January I plan to spend big in the transfer market and try to strengthen the squad, games come thick and fast in this league and we have a few key players injured already.

Manager Notes: Playing at the Amsterdam Arena was a great experience for the players, we set up with a counter attacking formation, playing two defensive midfielders. Using this tactic we caught Ajax on the break and managed to grab ourselves a lucky away goal! This puts us in the driving seat for the second leg. Ajax were lucky to equalize, they got a controversial penalty, from what looked like a dive by their winger Sana.

For me the player of the month has been Habib Habibou. The former Leeds United loanee has been in fantastic form, scoring four goals this month. He has a transfer value of £1m, and at the age of 25 he still hasn't hit his peak.
Login to Quote

I have been resting my best players in the league matches, to enable me to field a strong team in the Champions League. This has had some detrimental effects on the league performance, we now find ourselves in 4th place - Club Brugge have a game in hand over us and have a good chance of overtaking us. November will be an even tougher month for me, with 7 hard fixtures and 2 Champions League games!


Manager Notes: The home crowd cheered us on jubilantly, as we set up with an attacking formation. My defence performed admirably, keeping Oscar Cardozo and Lima at bay for 90 minutes. Our talented striker Habib Habibou broke the deadlock on 52 minutes, causing the stadium to explode with noise. We shut up shop for the last quarter of the game and contained our world-class opponents, the feeling of relief when the final whistle blew was fantastic. We are underdogs in this competition, but we will never give up!

Manager Notes: I knew we had absolutely no chance of winning against Madrid, I have faced them a few times in my managerial career, they are one of the powerhouses in world football. Cristiano Ronaldo cut through my defence many times, and showed us why he is the best player in the world. I fully expect Madrid to win the group and reach the final of this competition. We just need to get some points at Benfica and Ajax, then we will be in with a shot of progressing.