Hughton steps down as Norwich boss 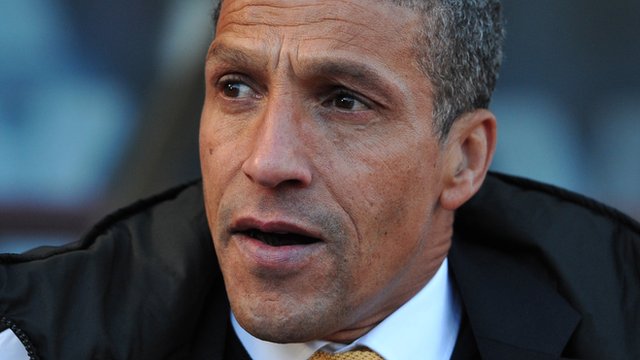 Like his Barcelona counterpart Tito Vilanova, Irishman Hughton has been diagnosed with parotid gland cancer, and will undergo surgery as well as a combination of chemotherapy and radiotherapy.

Suspicions of cancer first arose during a routine health check-up for all club staff, and Hughton tested positive for the disease after a second check-up at a Norwich hospital.

"It's a devastating piece of news. Chris is a great person - it's terrible that something like this has happened to him." said City owner Delia Smith.

"Needless to say, Chris has the full support of Norwich City and everyone affiliated to the club. Our thoughts and best wishes are with him during this fight against cancer. We've already met with the fans' spokesperson and we have all decided to fund his treatment."

The former Ireland left-back spent most of his career at Tottenham Hotspur, playing 297 games in a 13 year spell.


During his time at the North London club, Hughton earned 53 caps for his country, becoming the first mixed-race player to appear for Ireland.

His first post as manager came with Newcastle United, and he brought the Tyneside club back to the Premier League on the first time of asking, quickly becoming a fan favourite. But soon after, Hughton was sacked, and after a year at Birmingham, Hughton joined Norwich 12 months ago, and lead them to a respectable 11th place finish in the league last season.

As of now, Norwich do not seem to be in a hurry to appoint their new manager.

"For the next week or so, we will be concentrating on helping Chris and his family. In times like this, we have to set football aside. There is still two months to go till the start of the season, so we have plenty of time to find a replacement. As I said, right now, we are solely focused on Chris." said the Norwich chairman.

However, sources believe that the board have already drawn up a list of possible successors, featuring Chelsea's forgotten man Roberto di Matteo and Porto boss Vitor Pereira. There are also suggestions that the Canaries might bring back former Charlton manager Alan Curbishley.

But it is clear that any announcement regarding a managerial appointment will after seven days at the earliest.
Login to Quote

Nathaniel
9 years
Great Start! Obviously, going by the title, it wont be Robbie, Alan or Vitor who take over!
1
Login to Quote

Great start though!
1
Login to Quote

Akash
9 years
Wow...is this what you call writing? I am surprised how bad this is.

Anyway, it can't get any worse than this, so I'll be reading.


Norwich have announced their new manager - and it is none other than ex-England international Dean Ashton.

Swindon-born Ashton started his playing career at Crewe Alexandra, where he scored 61 goals in 159 games. After 5 years at Crewe, he moved to Norwich in the January of 2004 for a then club record fee of £3m.

The striker didn't take long to settle in at Norwich, and despite his impressive displays, the Canaries were relegated to the Championship at the end of the season. Despite many Premier League clubs interested in signing him that summer, Ashton decided to stay at Norwich and help fight for promotion. With Norwich out of the top flight there was much speculation surrounding Ashton's future at the club, with some people believing a player with his qualities merited a place in the Premiership. Many clubs, including Manchester City and Charlton, considered him; the Addicks manager, Alan Curbishley, was reportedly prepared to axe six of his players to buy the Norwich youngster.

And by January, it looked increasingly likely that Ashton would not stay at Carrow Road, and his move to West Ham United fetched Norwich a club record fee of £7.25m. Ashton scored some key goals for West Ham that season, and capped off the year with a superb performance against Liverpool in the F.A Cup final, drawing praise from pundit Alan Hansen as well as his manager Alan Pardew.

Ashton received his first call up to the England national squad in August 2005, but during a training session with the Three Lions, he suffered a broken ankle after a strong tackle by Shaun Wright-Phillips, and was forced to miss the entire season. Ashton finally made his England debut in 2007 against Trinidad and Tobago. But he never fully recovered, and in December 2008 the striker eventually retired - aged just 26 - due to the constant recurrence of the injury.

Since then, Ashton has had no involvement in football until a few months ago when he completed his coaching badges, and now as he takes charge at Carrow Road.

A majority of Norwich's fans are happy to have a familiar face in the dugout, and the supporters' spokesperson has played down any concerns about his inexperience.

However, most of the unrest appears to be coming from the dressing room, with several senior players unhappy with the board's choice to appoint a candidate with zero experience, and some of them including Robert Snodgrass, Michael Turner and Anthony Pilkington are said to be considering their futures at the club. 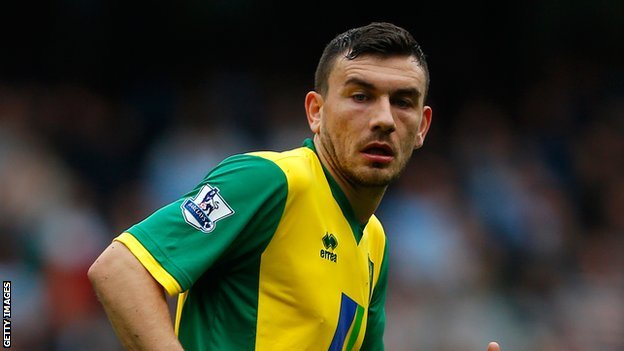 With the fans already happy, Ashton's first priority will be to convince the players that he is the right man for the job. With every club in the league investing heavily in their squad, and Ashton will need to work hard to ensure that Norwich are still in the Premier League come next May.

Credit goes to Nick for the amazing banner. Thanks mate.

LUFC Luke
9 years
Good Luck! I would keep onto Snodgrass he is a class player from the mighty Leeds United

@Luke: I think he's very underrated in real life, but if I can get a very good offer for him in game, I have no option but to cash in.
Login to Quote

Mervmeister
9 years
Following with massive interest.
My local and most loved team.

Snodgrass only lives a few doors away from me, keep him, the guy is ace!!

IMO we lack a quality backup central defender and a player who can play as no.10, either upfront or just behind front man.

Will be interesting to see who you bring in and let go. 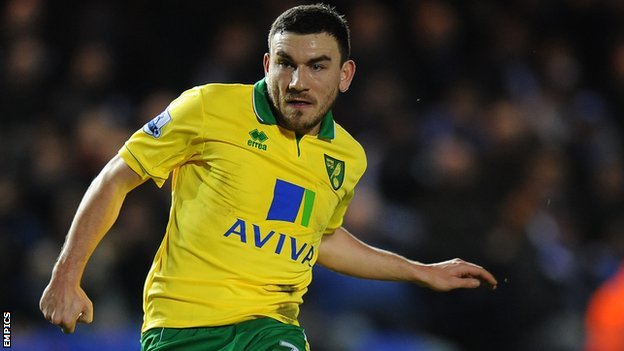 
In a massive blow for Norwich, the club have let FOUR key players leave after they voiced their disappointment at the appointment of Dean Ashton as the Canaries' new manager.

And to make things worse, all four players have gone to their rivals for survival in the Premier League.

While Snodgrass and Pilkington were understood to have privately told Ashton that they wanted out, Michael Turner and Andrew Surman submitted formal transfer requests to leave the club.

Fans are astonished that the foursome have been allowed to leave without the club putting up a fight but according to sources close to Sky Sports, the Carrow Road outfit have earned a massive £29.25m from the sales of these four players, with the approximate £11.25m figure paid by Southampton for Snodgrass smashing Norwich's record for the biggest transfer fee received for a single player - previously set at £7.25m when manager Dean Ashton himself was sold to West Ham United during his playing career.

Ashton, though, has been quick to defend his decisions.

"The players wanted to leave, and to be honest, I don't want an unhappy bunch in my squad. Like rotten tomatoes - they would only damage the overall squad morale and obviously I didn't want that to happen - especially since the lads are still in shock with Chris leaving us. And it's not like we got the short end of the stick anyway. I'm quite happy with the fees we received for them. We were under no pressure to sell."

"I wish them the best of luck for the rest of their careers."

But the former English international remained coy on any transfer targets.

"We're still in the process of choosing the style of play that we want to bring to the club - and that will be heavily based on the strengths and weaknesses of the current playing staff. Then after that we will have to identify our targets for the positions we need and then pursue them, so we still have some work to do before we actually sign anybody."
Login to Quote

Ashton, do you have no heart?

Nice to know I have a follower though

Mervmeister
9 years
Holy smokes, got rid of 2 of my fav Norwich players in Pilks and Snoddy. Turner solid as well, although a tad slow.

Interesting stuff though, wondering who your going to bring in. I sense Ince for some reason lol.
1
Login to Quote

You are reading "Dean Ashton: Norwich City - A Second Chance".