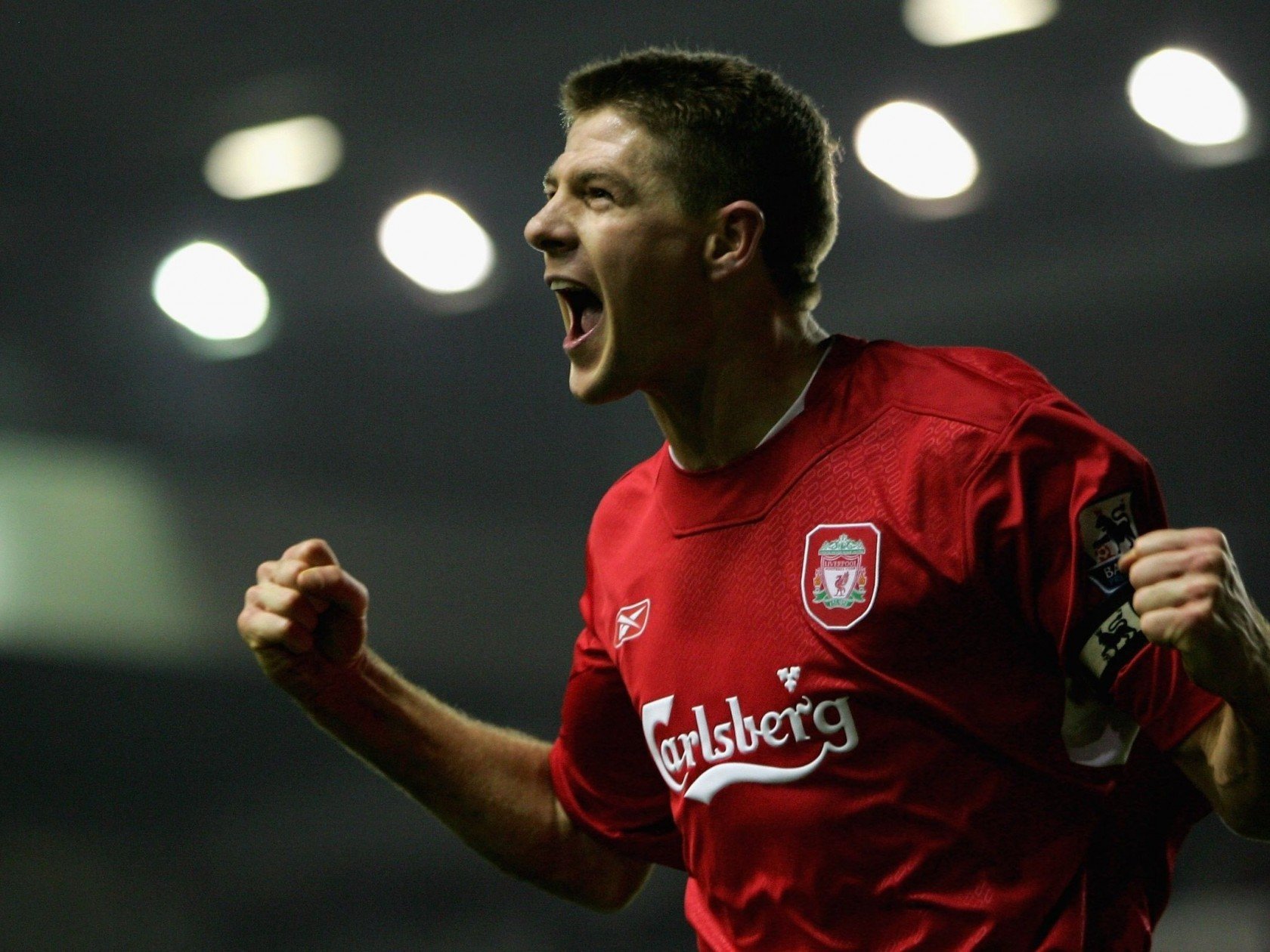 Club legend Steven Gerrard has returned to Anfield and will begin his work immediately as manager of the club. The former captain takes over at a time where his beloved club play their trade in the Npower Championship.

The 62 year old takes his first job into management, after Liverpool suffered the agony of relegation last season. Success is a a rare thing on merseyside at the moment, with the reds last tasting major success in the champions league final of 2015.

The club announced on their website late last night about their appointment, and hoped they had chosen the right man to steer the club back on track.

"We are delighted to announce that Steven Gerrard has been appointed as the new manager of Liverpool Football Club. We chose Steven as he knows exactly what this football club represents and he shares the same passion and will to succeed as we do"

It is believed Gerrard has been given a 1 year rolling contract, worth around £15,000 a week.
Login to Quote

AlexTHFC
6 years
Good luck, I'm using the 2042 save too, which I guess you're using 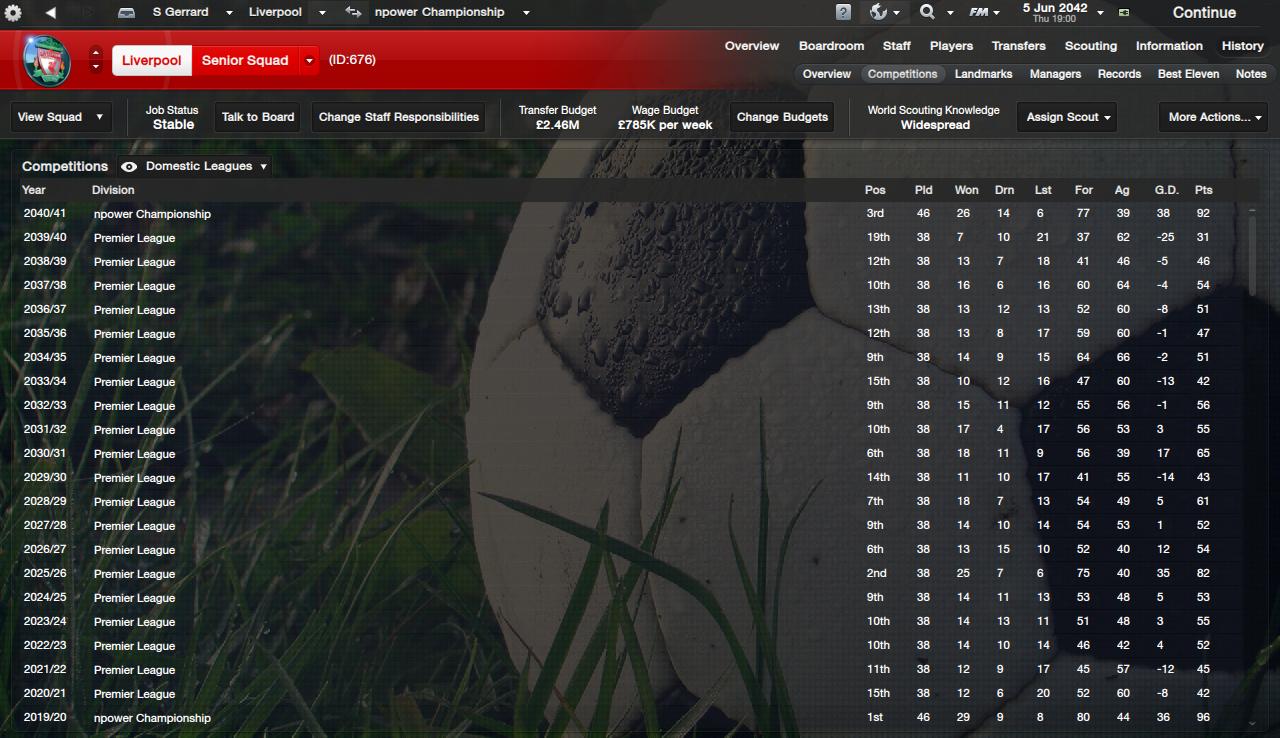 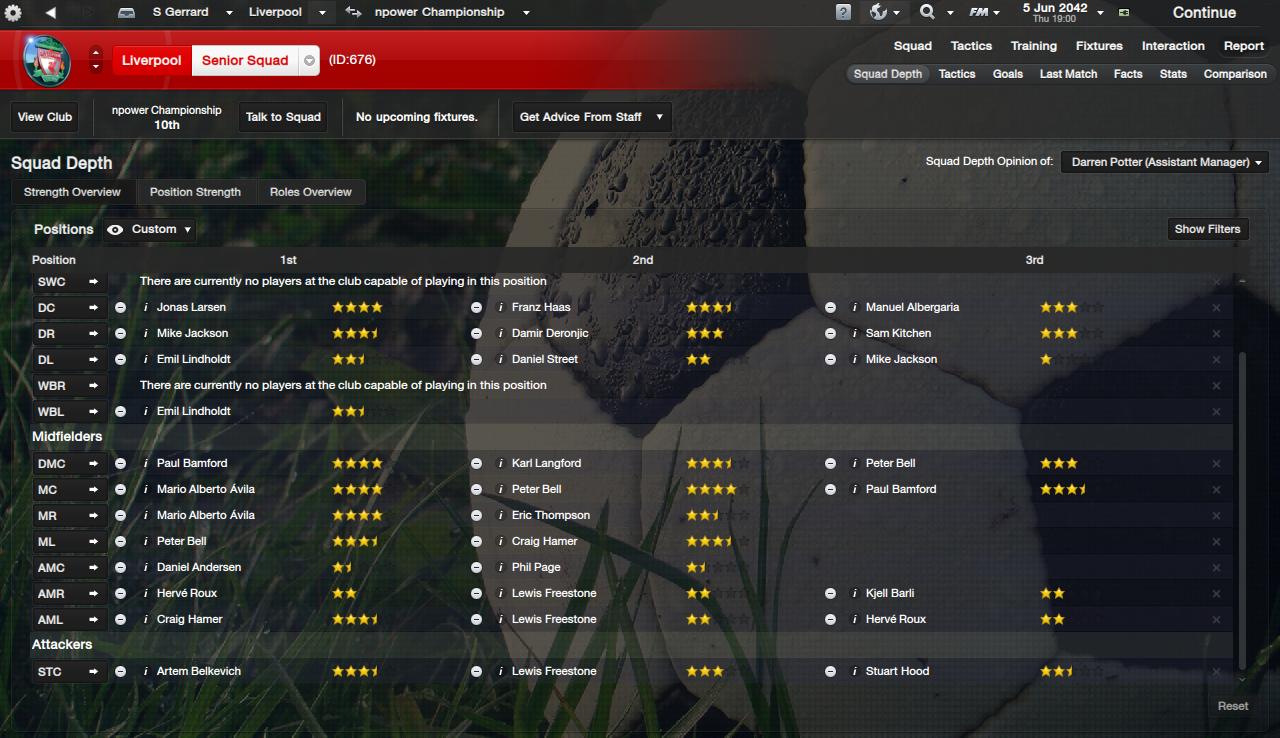 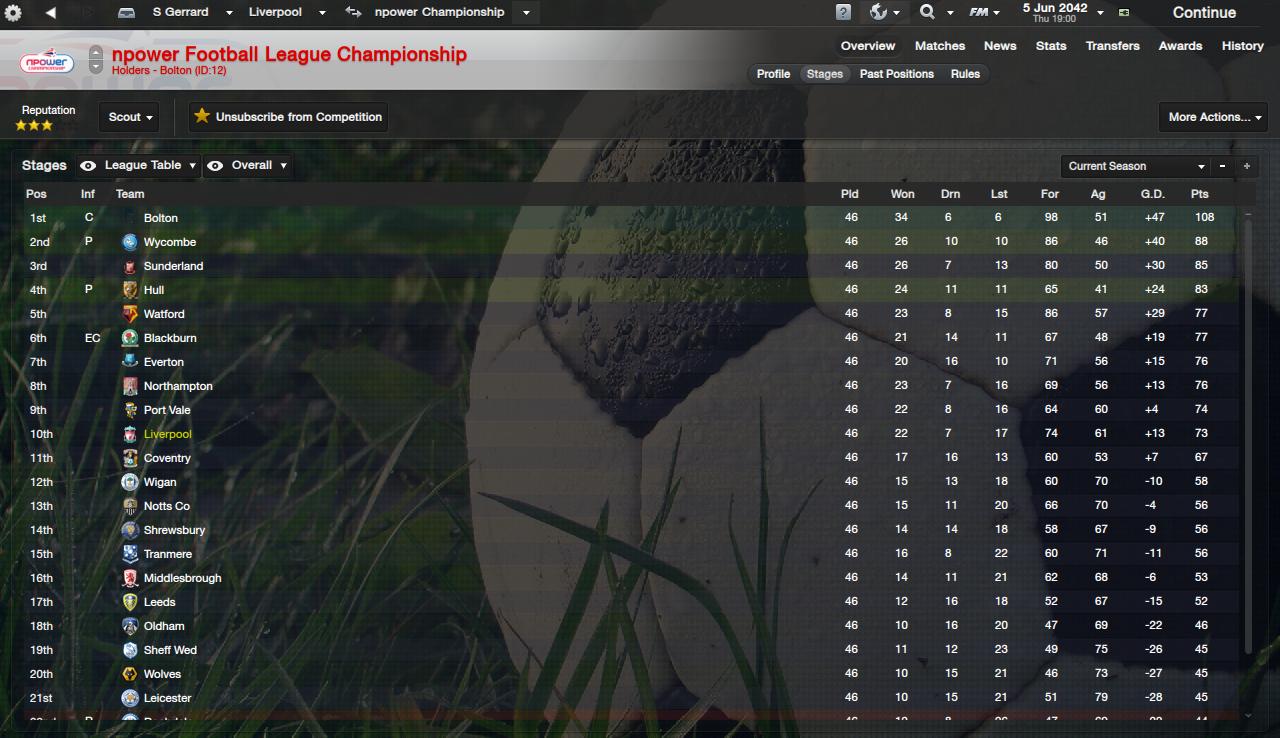 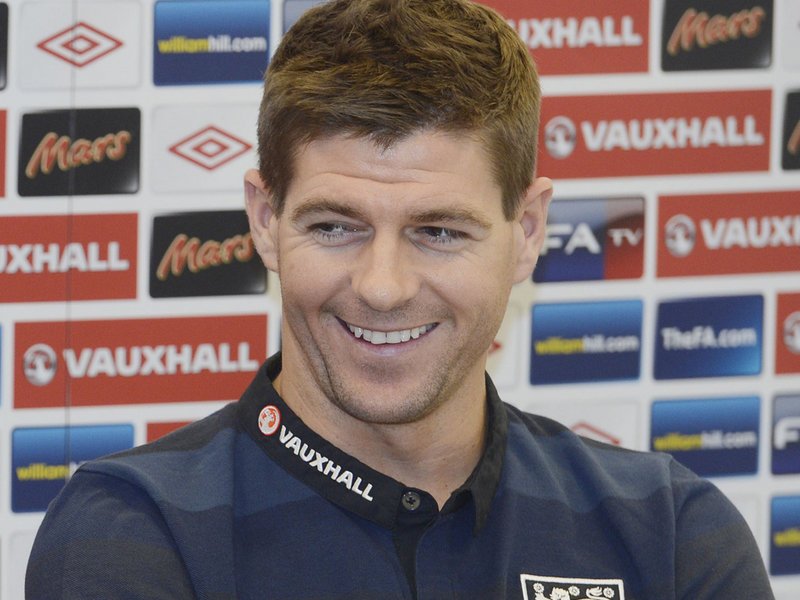 Newly appointed Liverpool boss Steven Gerrard has stressed that Liverpool remains one of Englands finest clubs, despite playing in the second division

The comments were made in his first press conference since being appointed manager a week ago. The passionate scouser believes that players should still want to play for the former European powerhouse.

"Liverpool is a special club and still one of the best in world football. Not many clubs can boast 6 Champions League titles, so when people turn down Liverpool for other clubs, it baffles me."

"Recent years have been hard to take as a fan but I seriously think I am the right man to change it. The fans have been great to me and I want to repay them with results. We are too big a club to be lingering in the Championship, we need to go up this year"

Gerrard has also hinted that new faces will be appearing in the near future and has said he will only sign the right players.

"I want to bring in players that understand what the club means to everyone, not people who are quite happy to sit on a large wage. We don't have a great budget but I think we should expect around 3 or 4 players in the near future."
Login to Quote 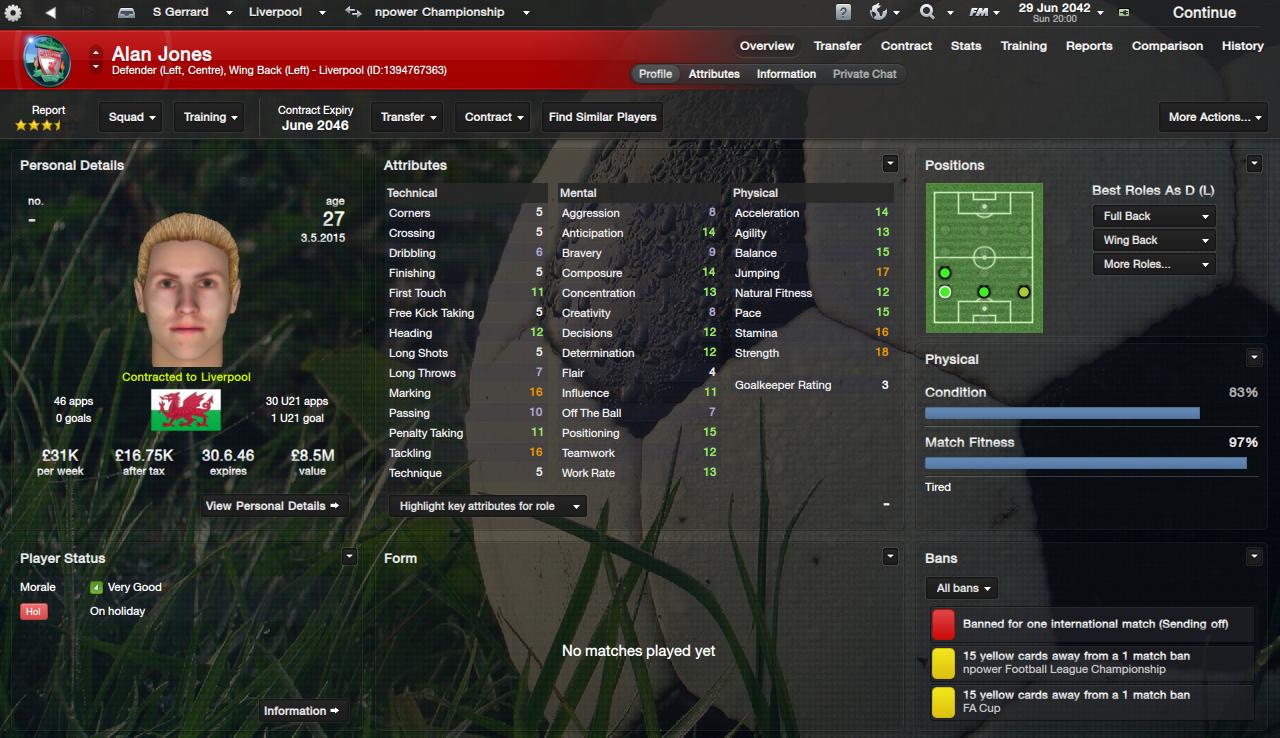 West Brom have confirmed that left back Alan Jones has agreed to join Liverpool on a 4 year deal. Both clubs agreed a deal of a reported £10,000,000

Steven Gerrard had made it known that he was searching for a left back, with very few options available and was delighted to agree a deal for the welshman.

Jones played 36 times for West Brom in the premier league last season and although dropping down a tier, he believes the chance to play for Liverpool was too hard to turn down.

"I grew up when Liverpool were a club with a huge fanbase and played some breath taking football, they are a club I truly respect. The fans at the club are second to none and these were the main reasons why I signed, I look forward to working with manager Steven Gerrard.

Alan Jones is Gerrards first capture and will earn arounf £31,000 each week.
Login to Quote

wellsy1498
6 years
Yes a story from Dean. I am very excited about this mate

Hopefully this will be a good one!
Login to Quote

Mohamed
6 years
Very excited for the idea, I'm a big Gerrard fan (NOT a Liverpool fan though :P) so I'll follow.. awaiting to see promotion this year! 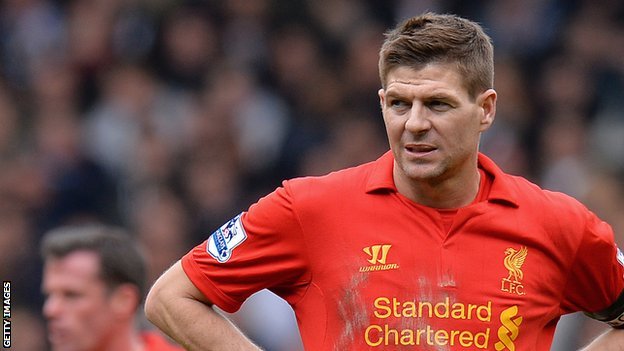 Liverpool have splashed out £29,500,000 for 29 year old Stoke stirker Yannick Barbier on a 4 year deal. Sky Sources understand that Liverpool had been trailing the player for the past few weeks as they look to add some firepower.

Yannick Barbier joined Stoke City from Paris Saint Germain for just £3,400,000 but has turned in some impressive performances which has earned him his pricetag. He wanted to join Liverpool because of the stature of the club and did not mind dropping down a division.

"For me, Liverpool is one of the greatest clubs ever. I loved my time at Stoke but this is completely different and even though they are 1 division below, I think they are a bigger club" 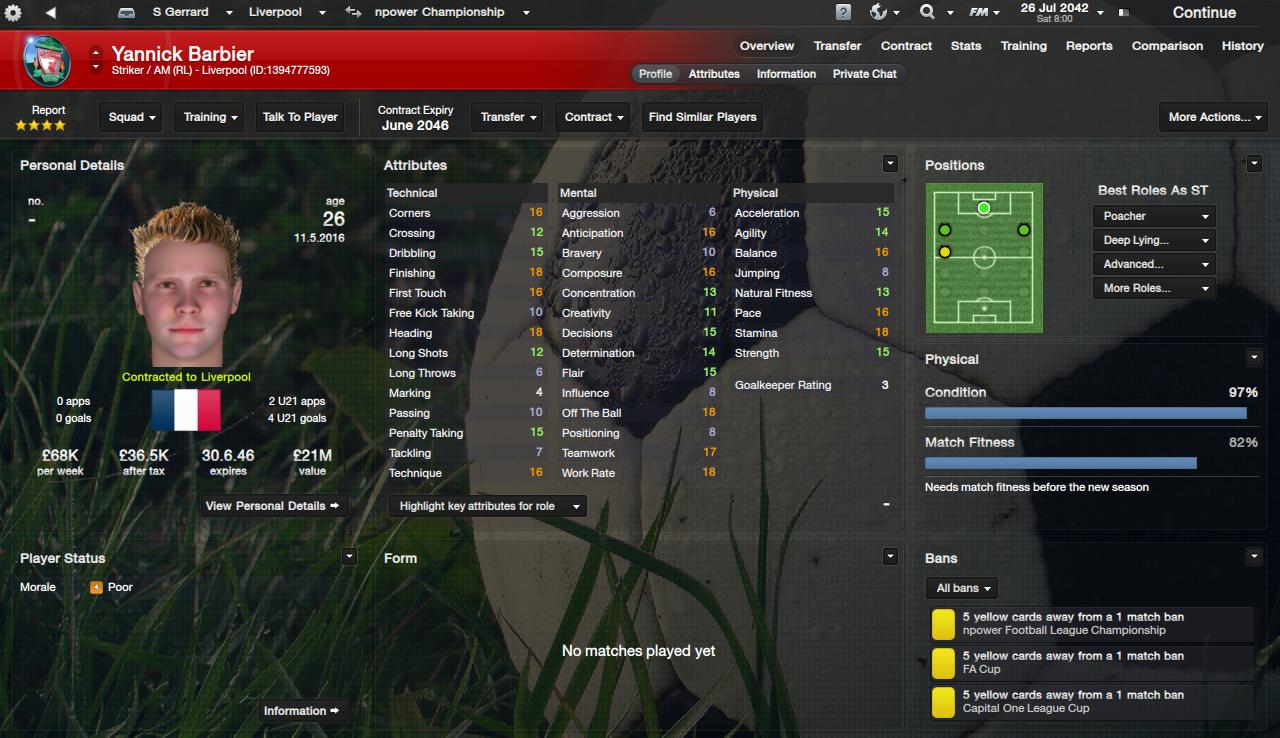 corbmiester
6 years
Hated Liverpool under "Old school" Dalglish especially the disgusting way the club defended the defenceless Suarez. Yet Due to "free to view" LFC TV I'm regaining my respect for our arch enemies and so will follow this story. I like the idea of LFC being in the championship as a MUFC fan.lol
1
Login to Quote

An overall satisfactory start for Steven Gerrard as he had the chance to look at his squad in pre-season. 3 victories and a disappointing defeat to feeder club Charlton.

The former England international took charge of his first game in management when they faced Scunthorpe, and was given a standing ovation by the travelling fans.

Although the pre season results were generally good, Gerrard has refused to read into them too much.

"Our season starts with Leicester away, these games are designed just to get the fitness up. The lads did well during the off season and with the few signings we have made, I think we will have a good chance this year."

Asked about any more possible incomings, Gerrard had this to say.

"After the Yannick (Barbier) deal it has taken a lot from our kitty, but we will still look to improve. We would like a bit more depth in our squad so even a few loan signings would be welcomed, The Championship is a difficult league, the most difficult to get out of so we need a good squad."
Login to Quote

Jamesg237
6 years
A fantastic idea and a great start. I will definitely be following this one!
1
Login to Quote