Toon
6 years
Will watch this. Future saves are interesting.
Login to Quote

LFC
6 years
Is Henry still the owner?
Login to Quote

I would like to know this too. Maybe a post based on recent history would be great in terms of the club and where current players are now, etc.
Login to Quote

Nope all Regen staff at the moment apart for Zat Knight who for some reason is a coach :p
Login to Quote

Ziechael
6 years
I love it when my save gets used for a story, i'll be keeping my beady little eyes on this one... i have to admit that Gerrard is looking good for a 62 year old!
Login to Quote 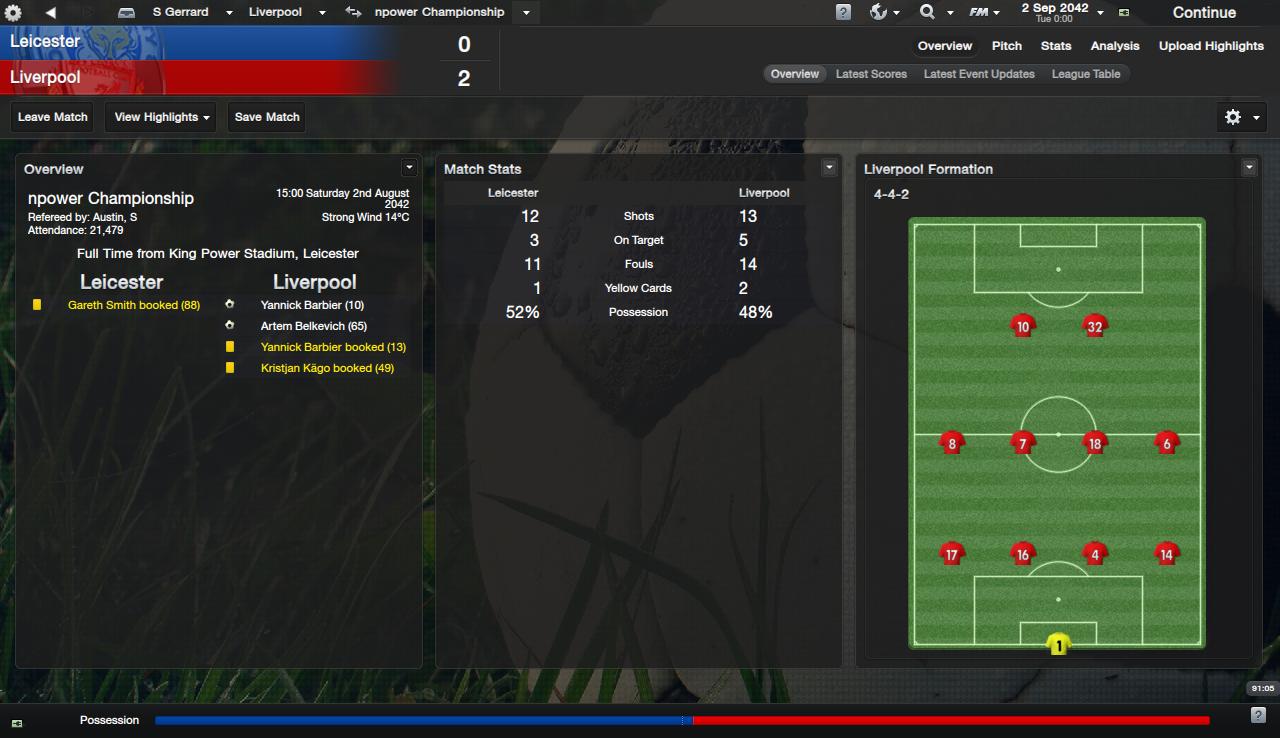 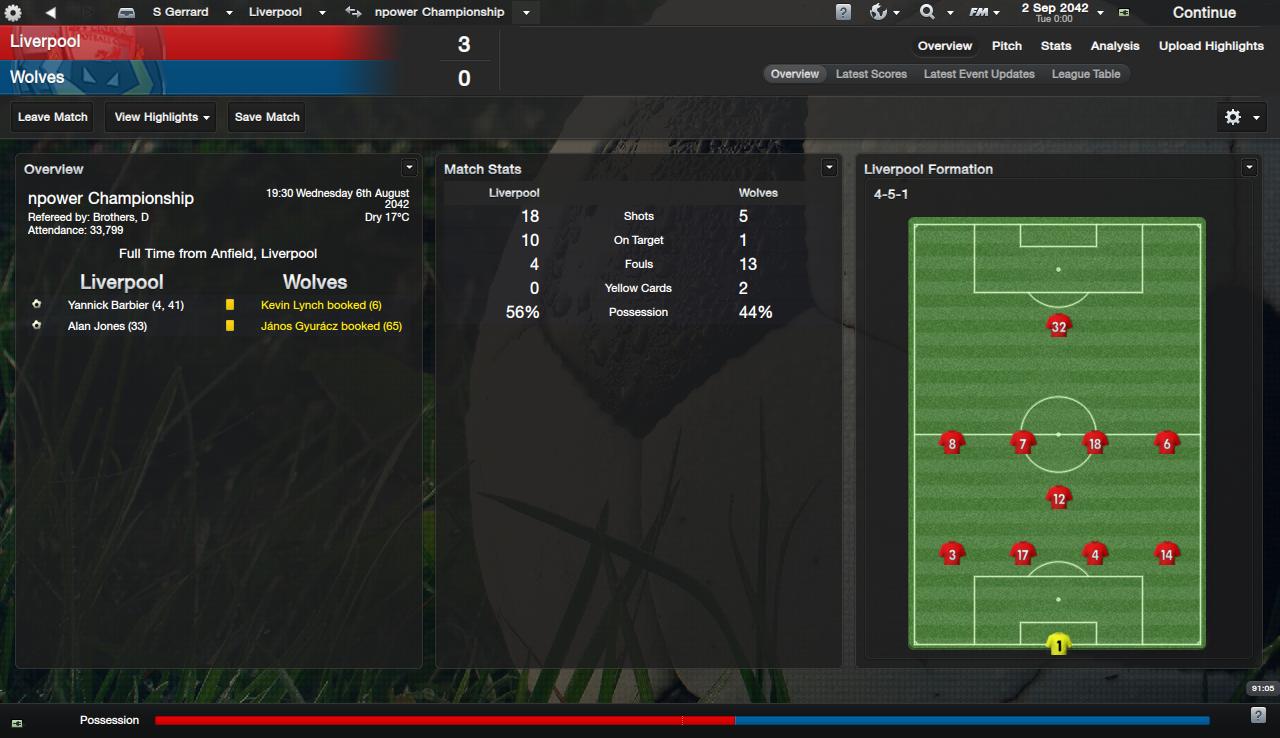 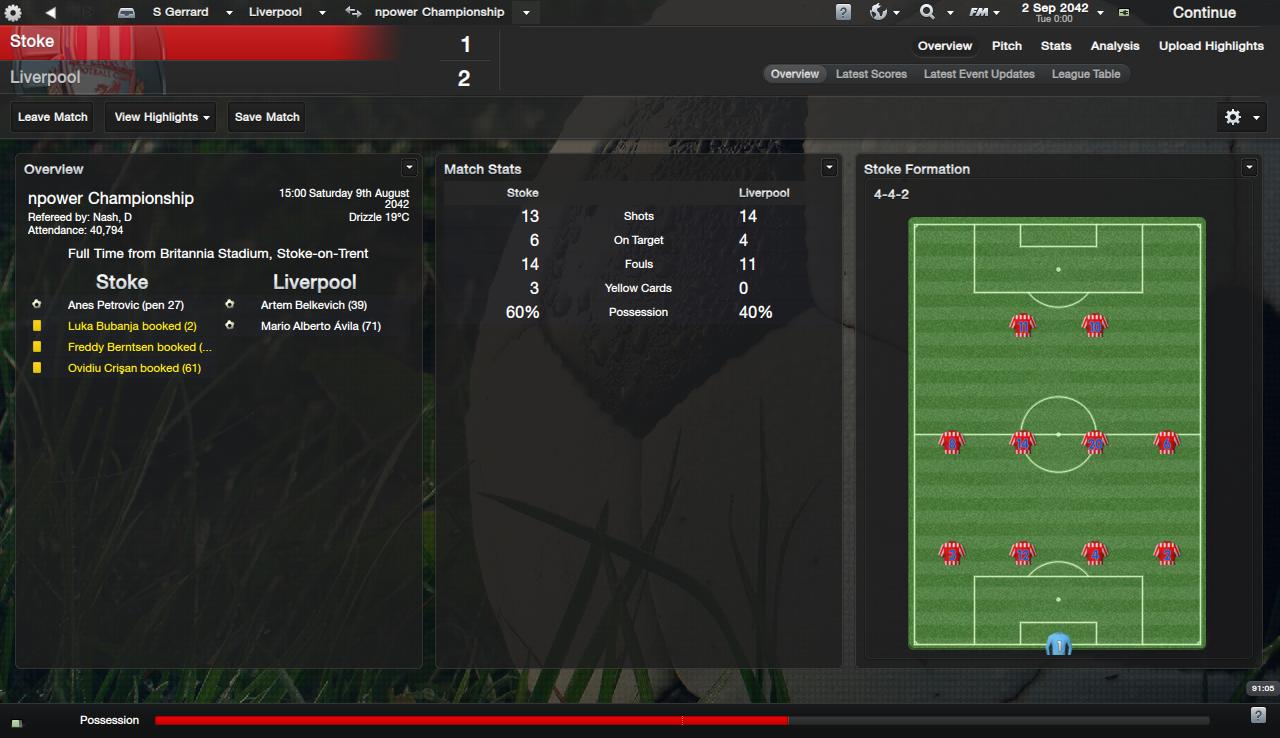 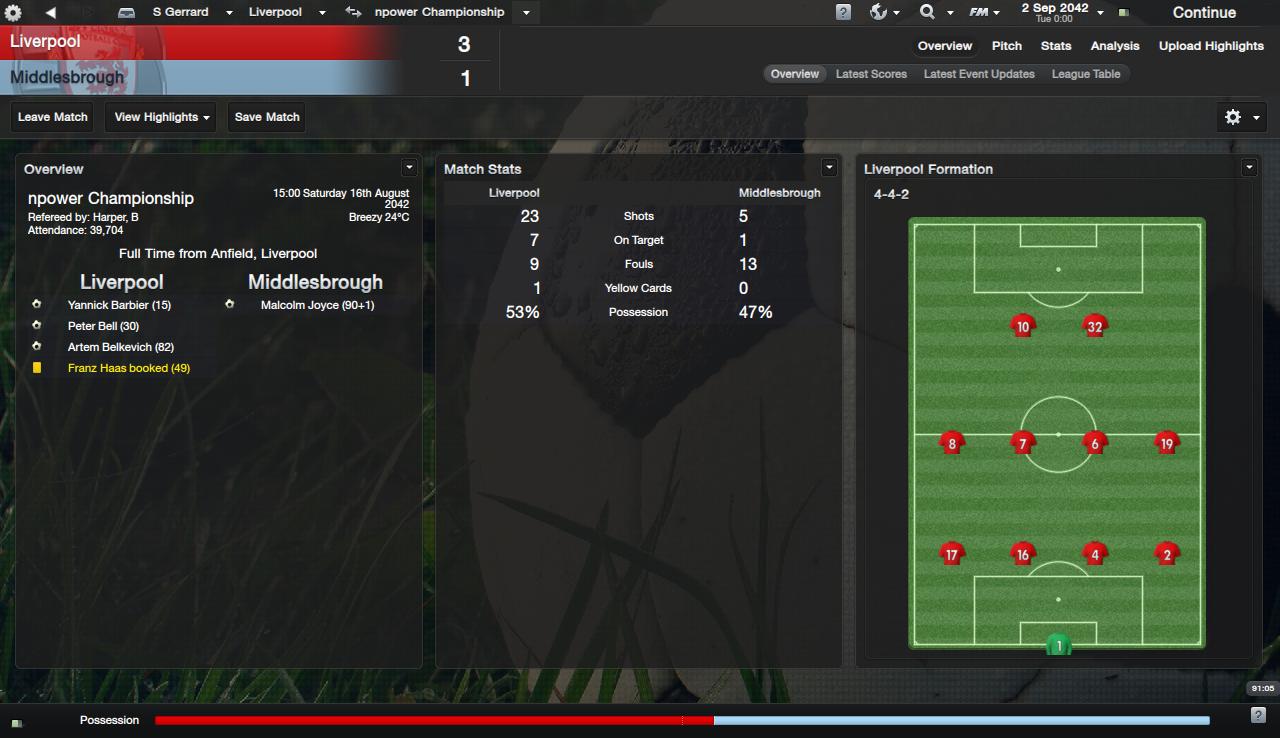 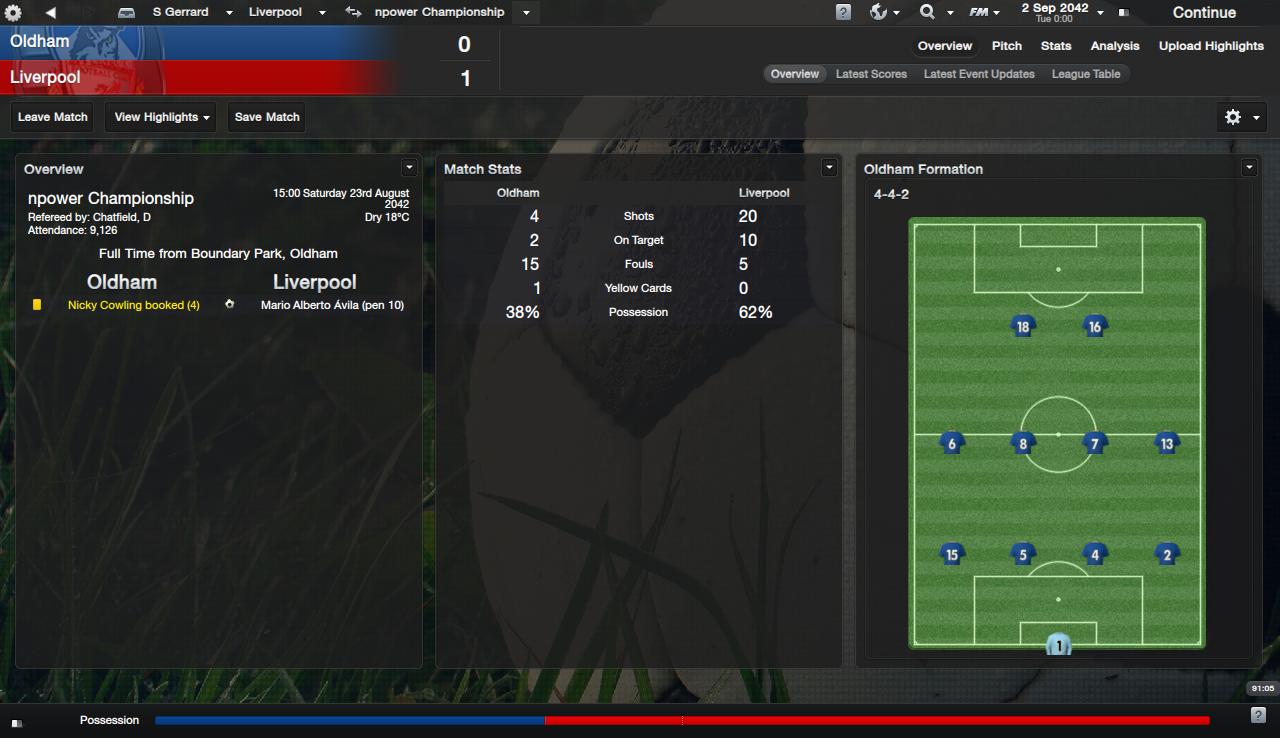 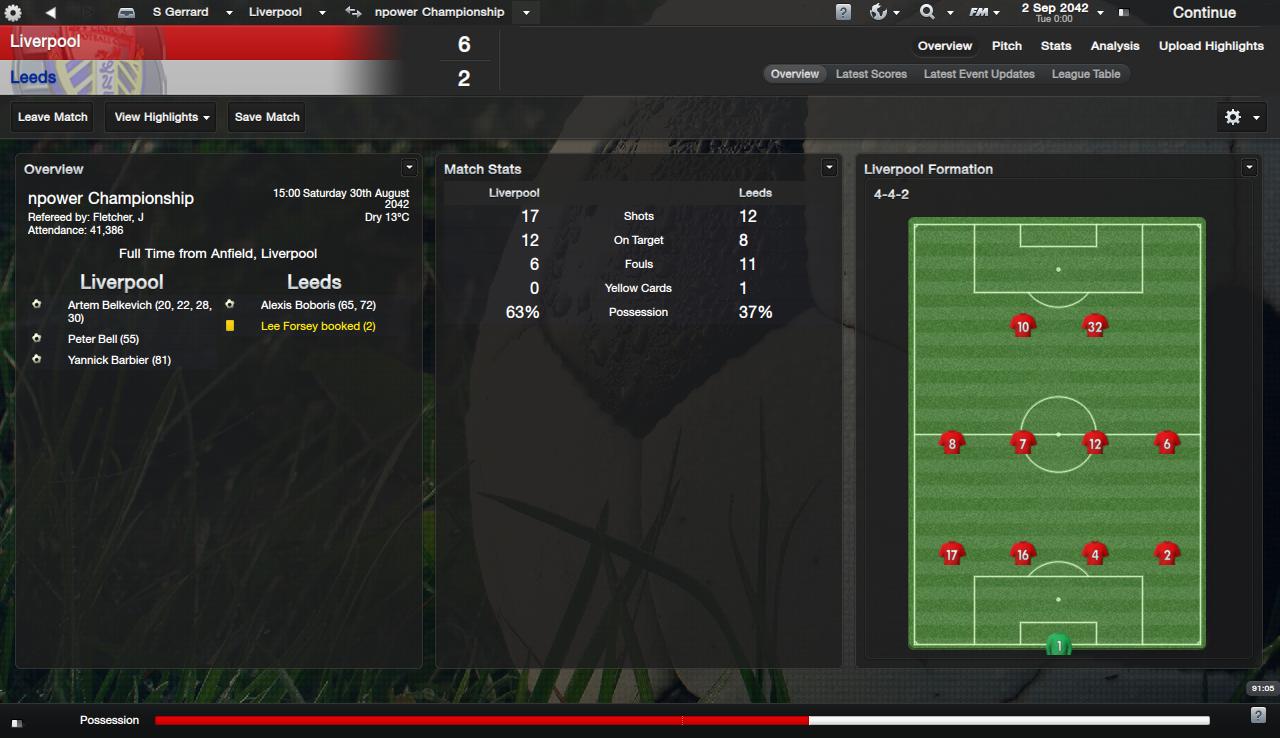 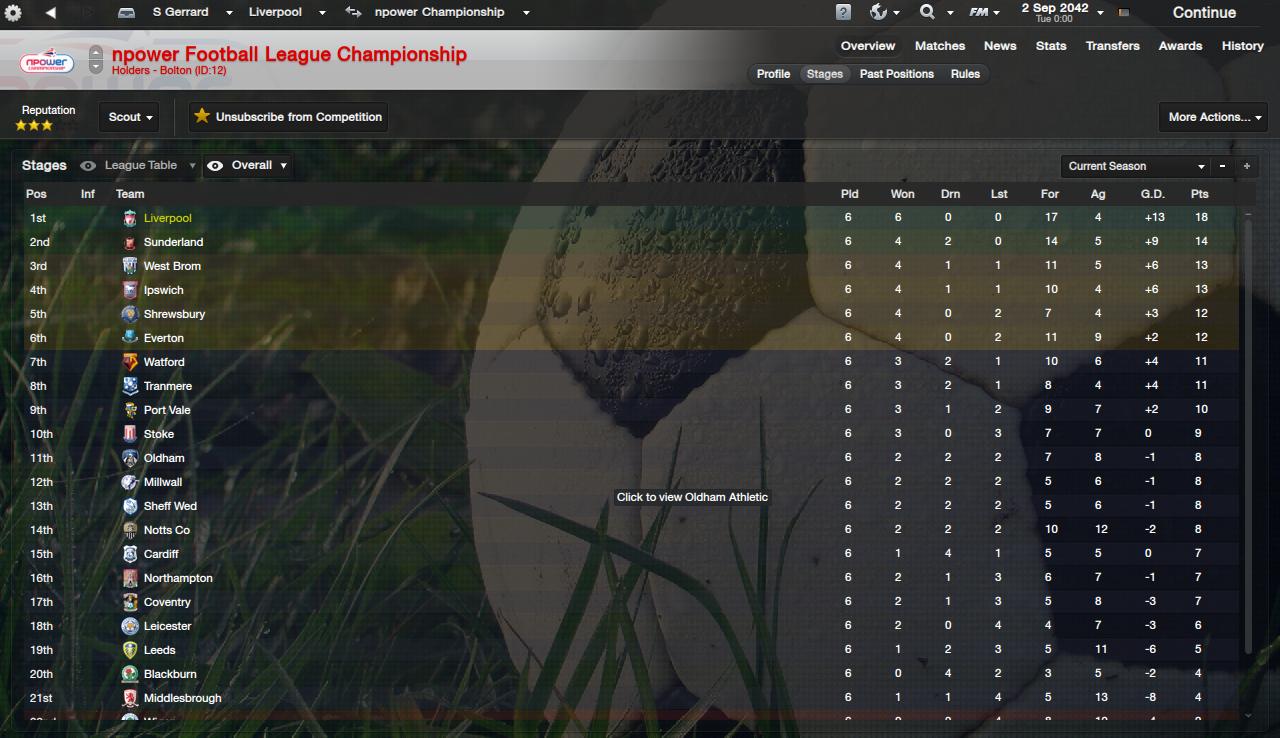 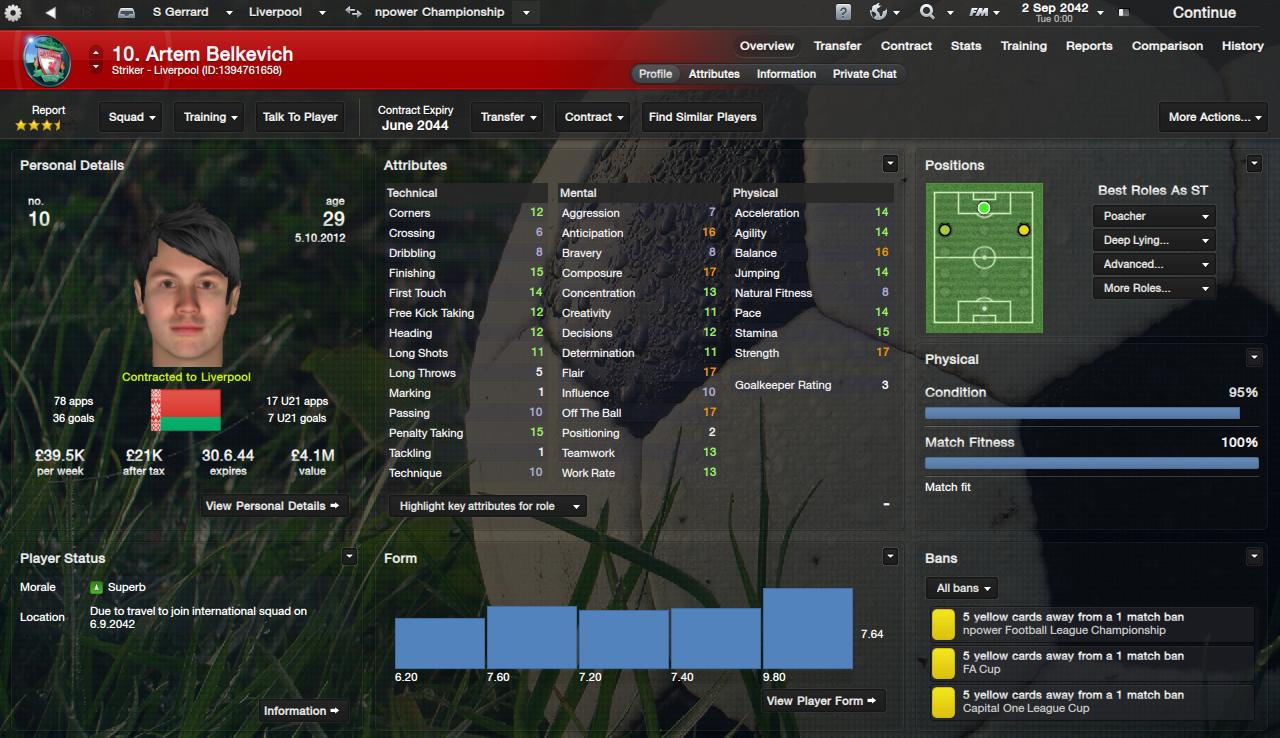 Last seasons top goalscorer had a point to prove once his £29,500,000 strike partner Yannick Barbeir and he did himself proud. He contributed 7 goals in 5 games including a fantastic performance against Leeds which seen him grab 4 goals in the first half.
Login to Quote

And thank you for an Awesome database 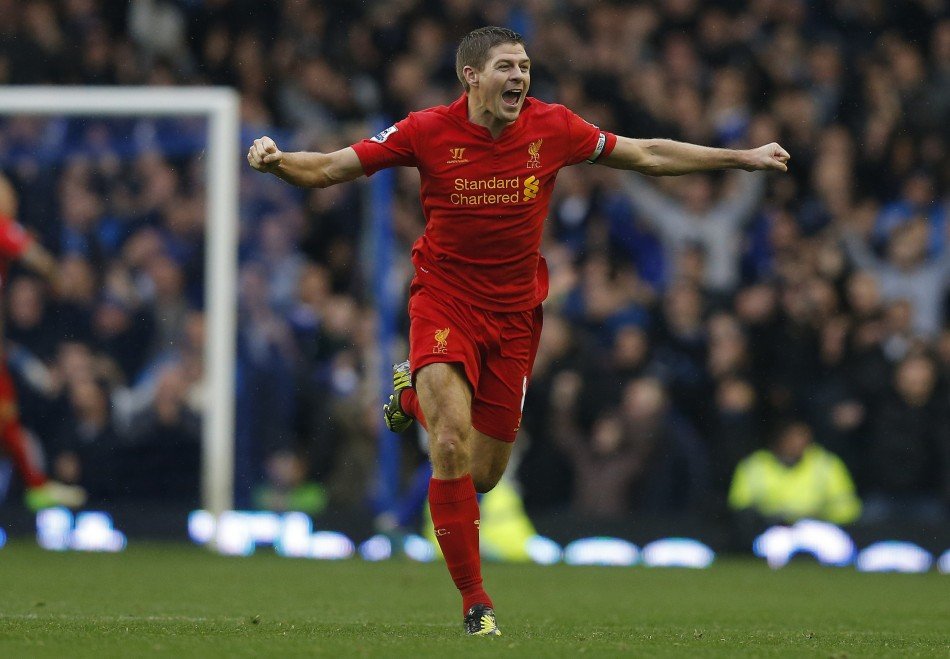 Liverpool boss Steven Gerrard has set his strike partenership of Artem Belkevich and Yannick Barbier to find the net 50 times this season between them.

Speaking after he watched his side continue their 100% start to the league with a 6-2 drubbing of Leeds United, Gerrard wants both his frontmen to lead the club to glory.

"Their quality is their for everyone to see. Between them already they have 12 goals and we are just a month into the season. Yannick (Barbier) has settled in straight away and he reminds me of Fernando Torres (Former Liverpool teammate). His quality of finishing is second to none."

"Belkevich impressed everyone last season with his 30 goals and I expect the same from him this year, you just seen how he beat Leeds on his own. I don't think I am being unreasonable when I ask for 50 goals between the two, and to be honest it wouldn't suprise me if they surpassed that."


Liverpool have enjoyed a dominant start to their league campaign with Gerrard at the helm, winning all their games and sit first in the table. Their next test is in the face of Millwall, who will host the reds in just under a weeks time.
Login to Quote 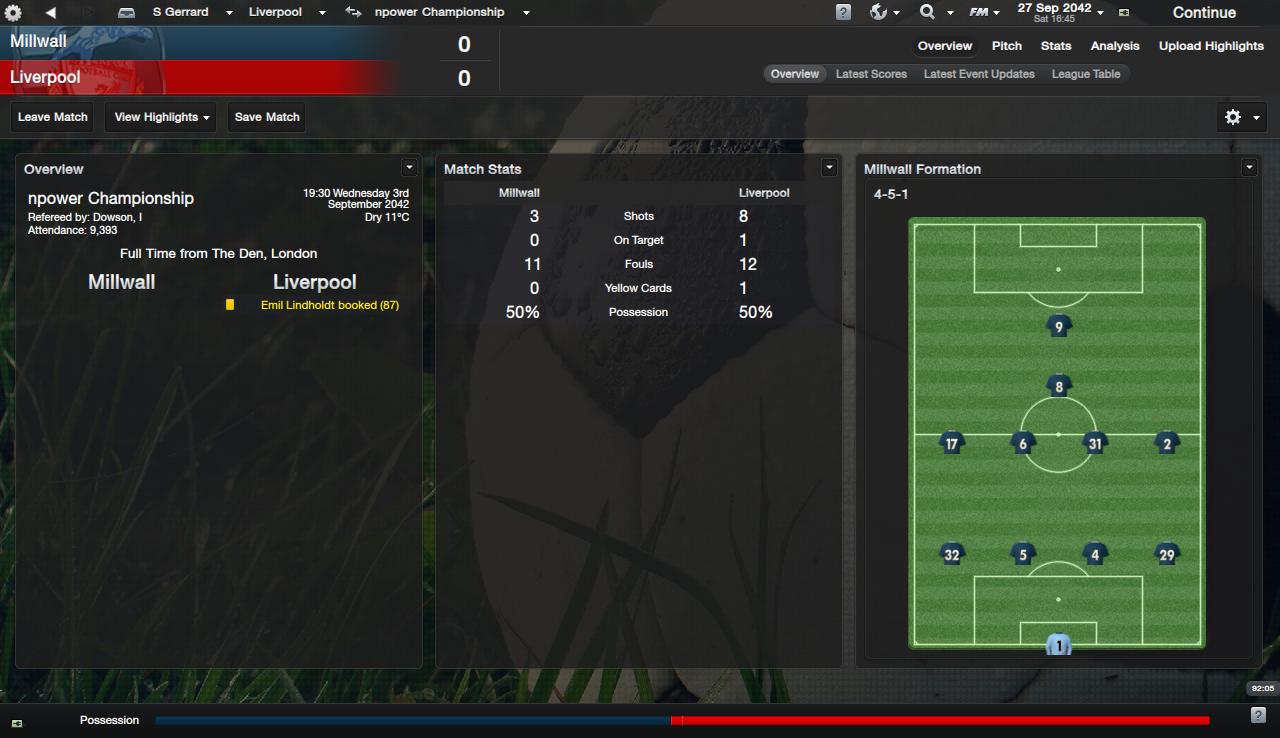 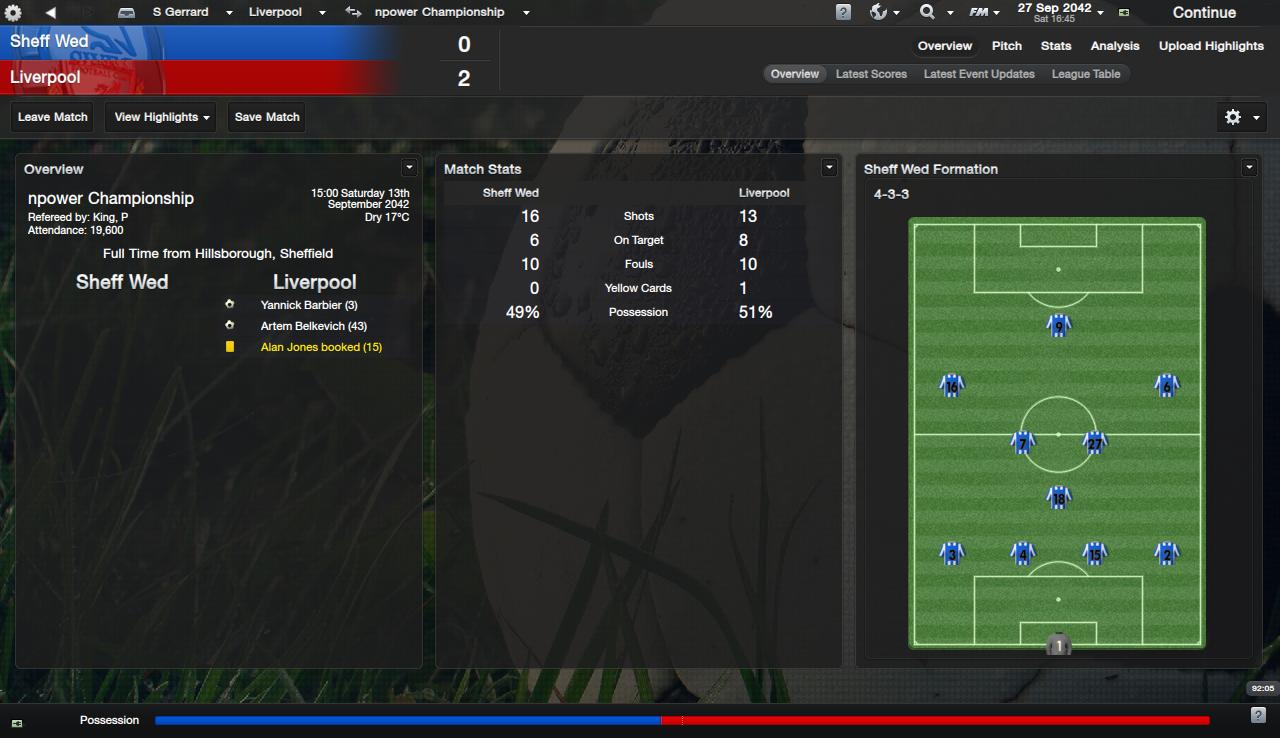 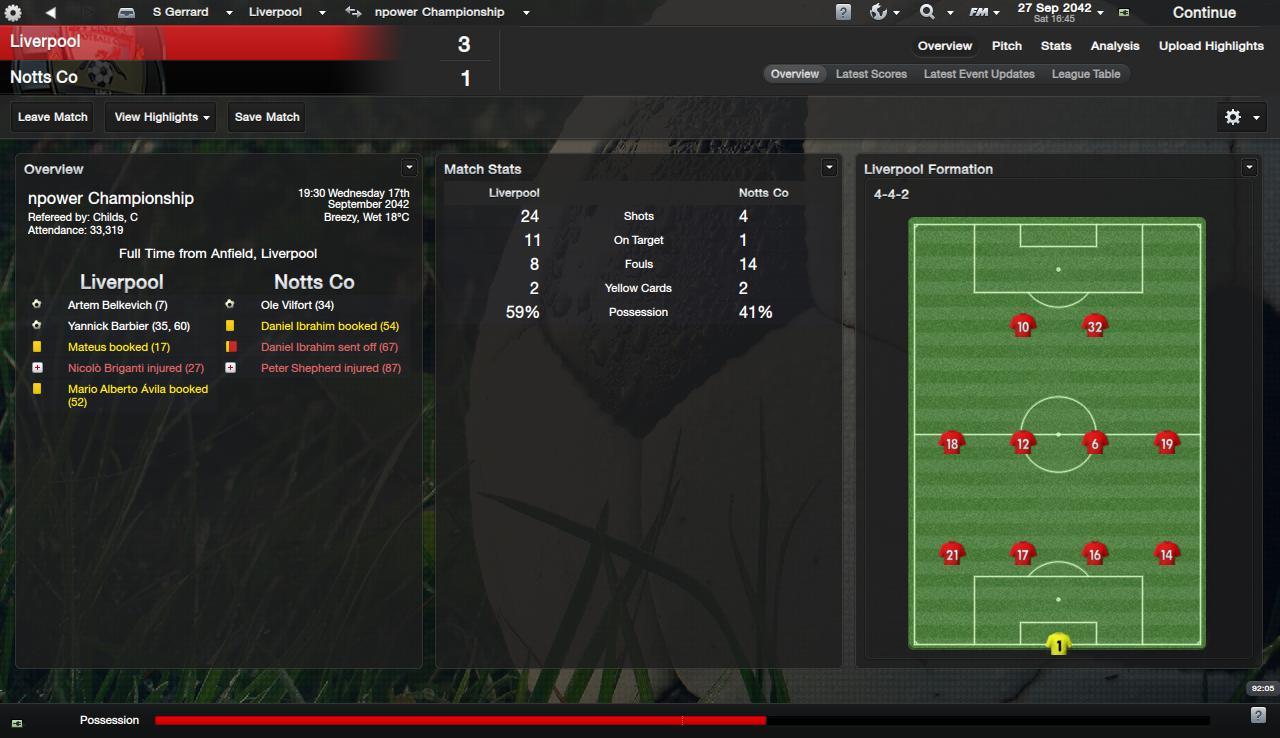 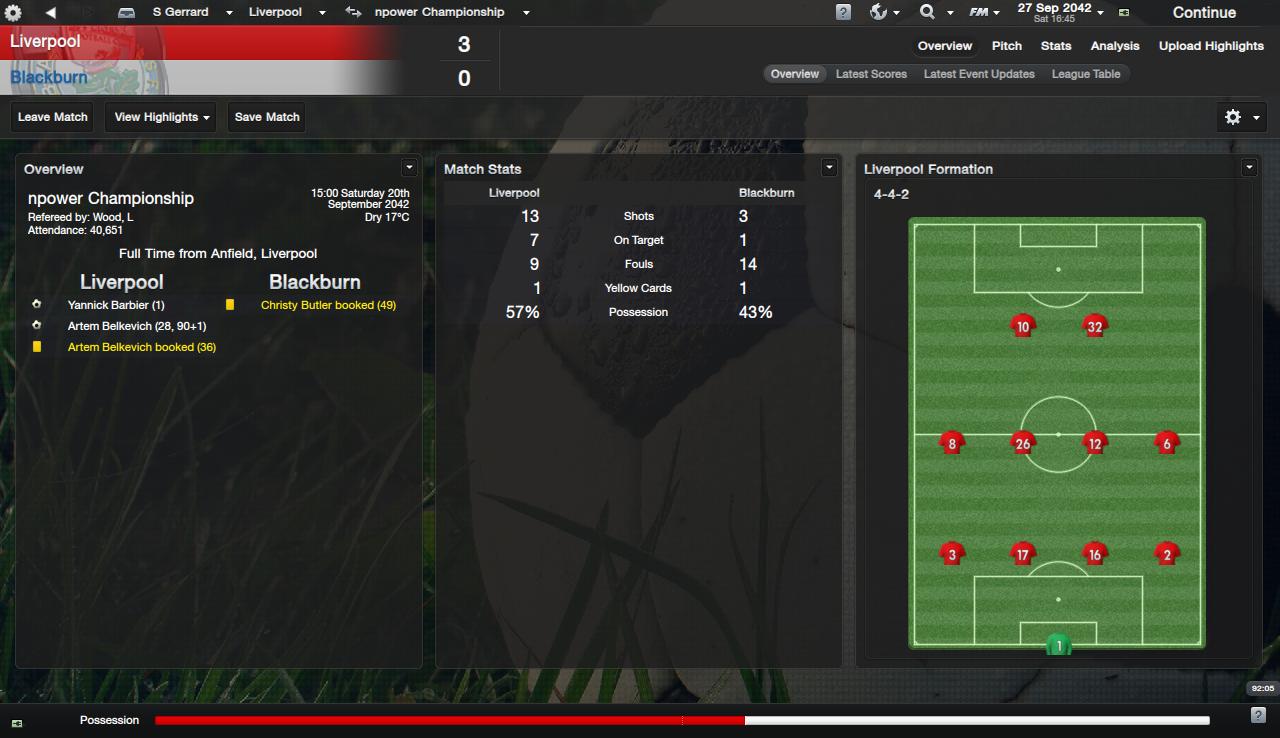 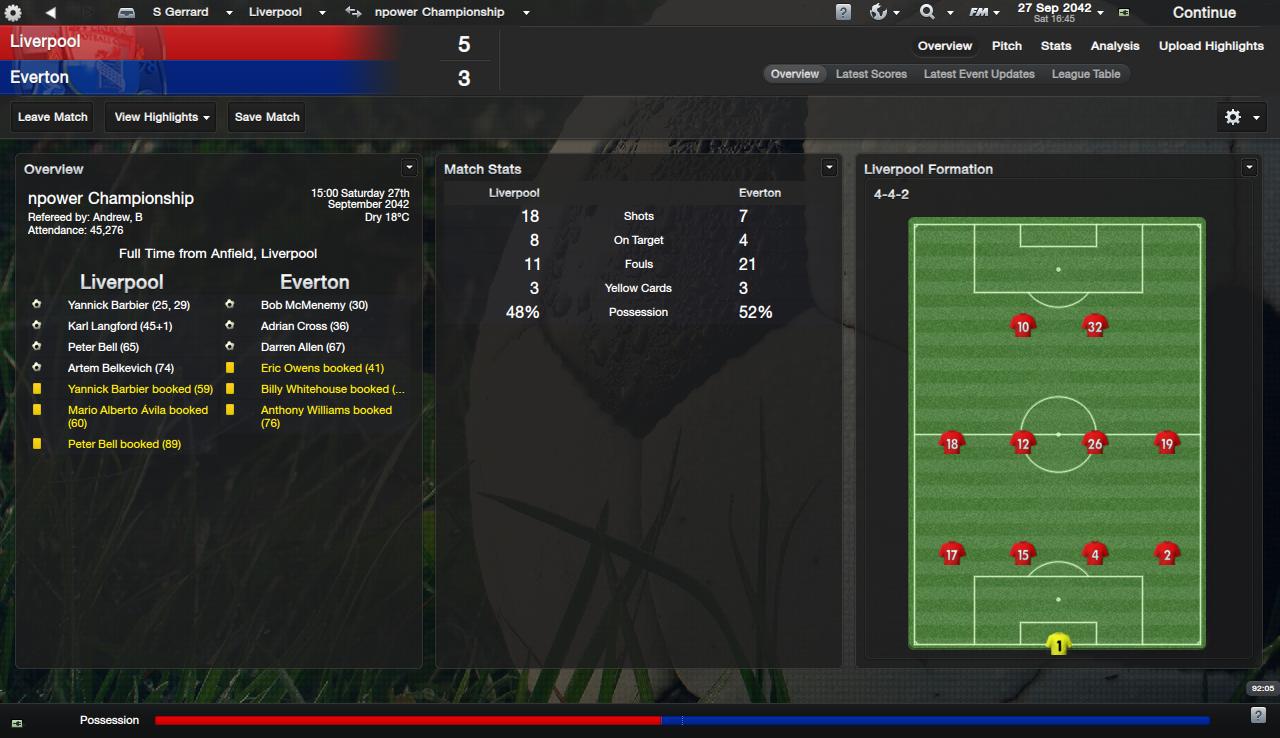 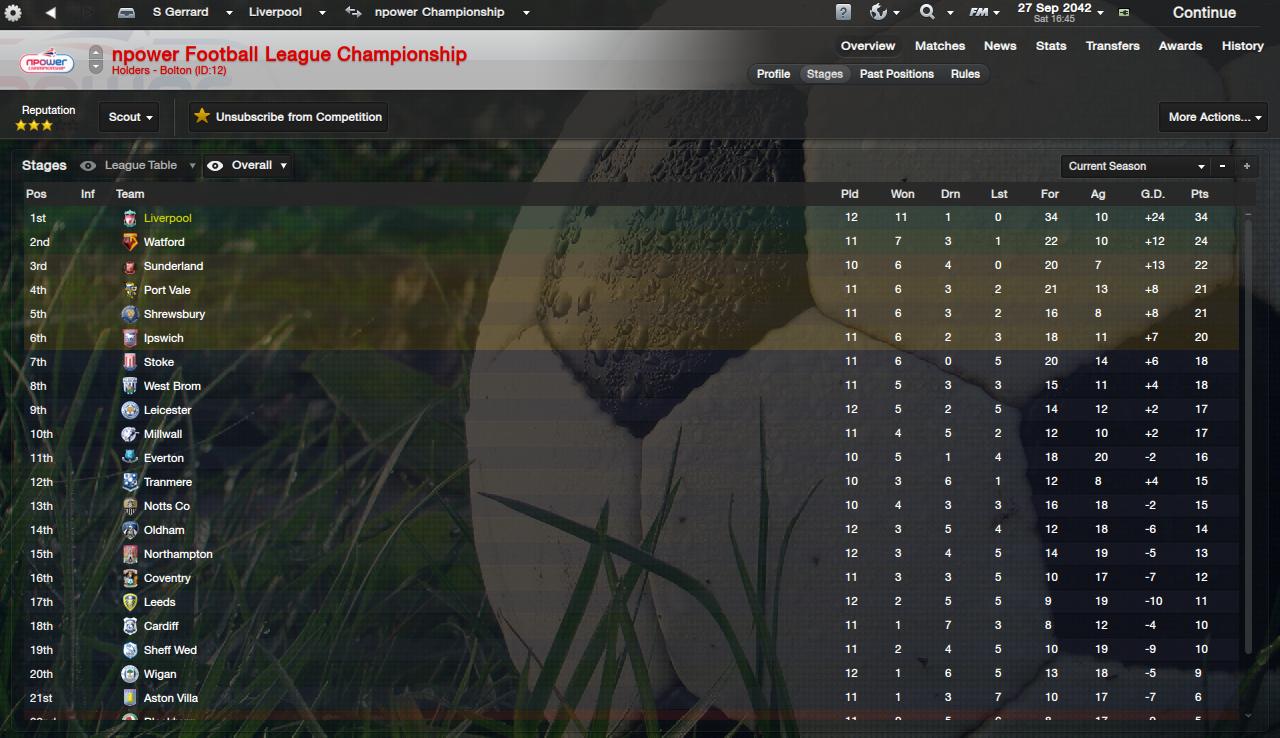 
Another fantastic month for Gerrard and co as Liverpool continued their prolific campaign. A stutter away to Millwall was soon forgotten as The Reds marched on to 5 straight wins including a high scoring game against the old enemy in the Merseyside Derby. 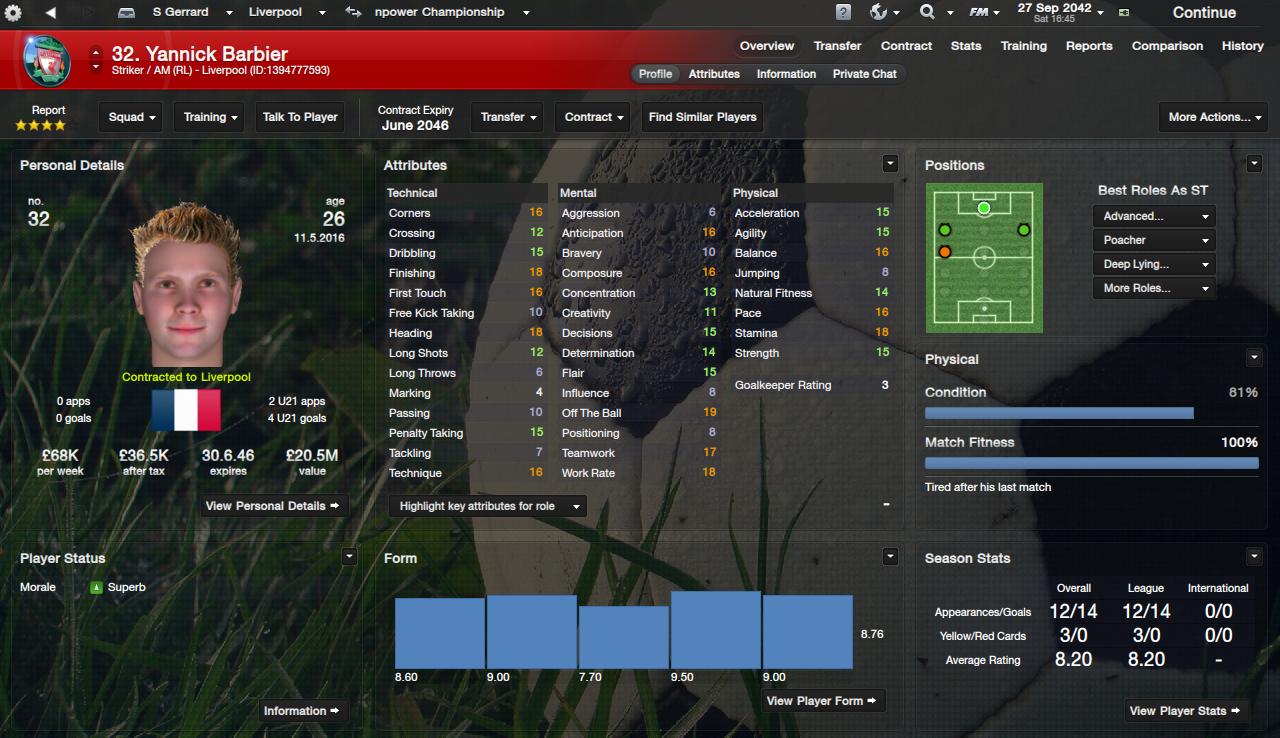 
Yannick Barbeir has been in sensational form this month, scoring 10 league goals as well as notching up a few assists. His clinical finishing has seen him race to top goalscorer in the league, level on goals with his strike partner Artem Belkevich. Stoke City fans will be wondering why their board allowed this transfer to go through.
Login to Quote

jamstoe
6 years
Interesting that Everton are also in the Championship!
1
Login to Quote