It's only fitting that a club short on history hires a manager that is almost as old as the club itself, with 25-year old unknown manager Ahmet Mustafa being born in 1987, while Denizli formed in 1981. Denizli won promotion from the 4th tier of Turkish football in 2010, and surprisingly stayed up last year. They have the tiniest stadium in the 2. Lig, a 540 capacity all-seater stadium. Mustafa was said to be glad to have the opportunity to manage in this level of Turkish football and has publicly stated ambitions to take the club to the Turkish first division, but it'll be a tough task.

Mustafa quickly moved into football management after failing to make an impact as a player himself. The former center midfielder has indicated he'll play a 4-4-2 with an aggressive tackling and pressing style.
Login to Quote

Walter
8 years
Love an eb story, good luck with this hopefully you can see it out until FM14

Poachy
8 years
This should a challenging one, never started a save in Turkey, good luck !
1
Login to Quote 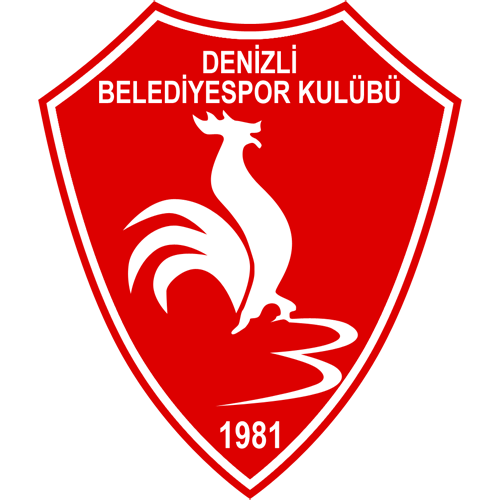 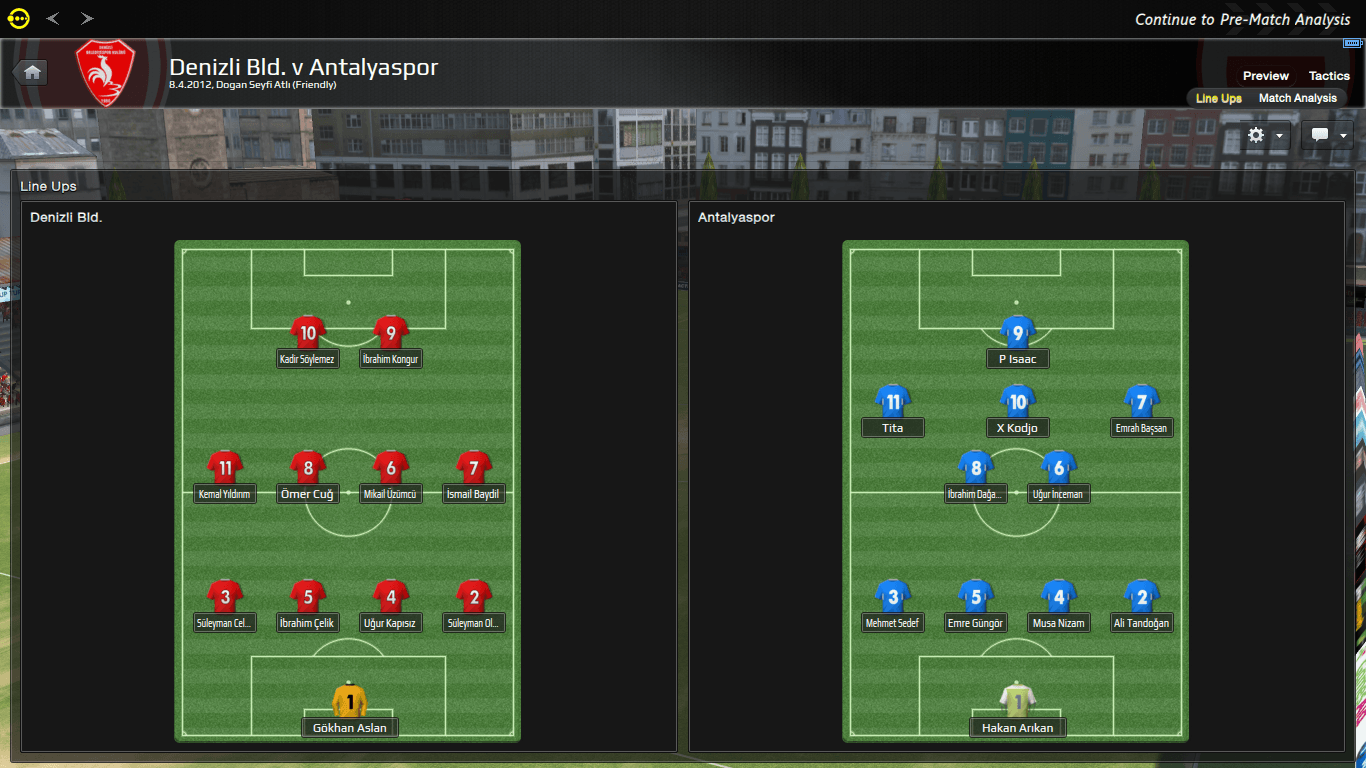 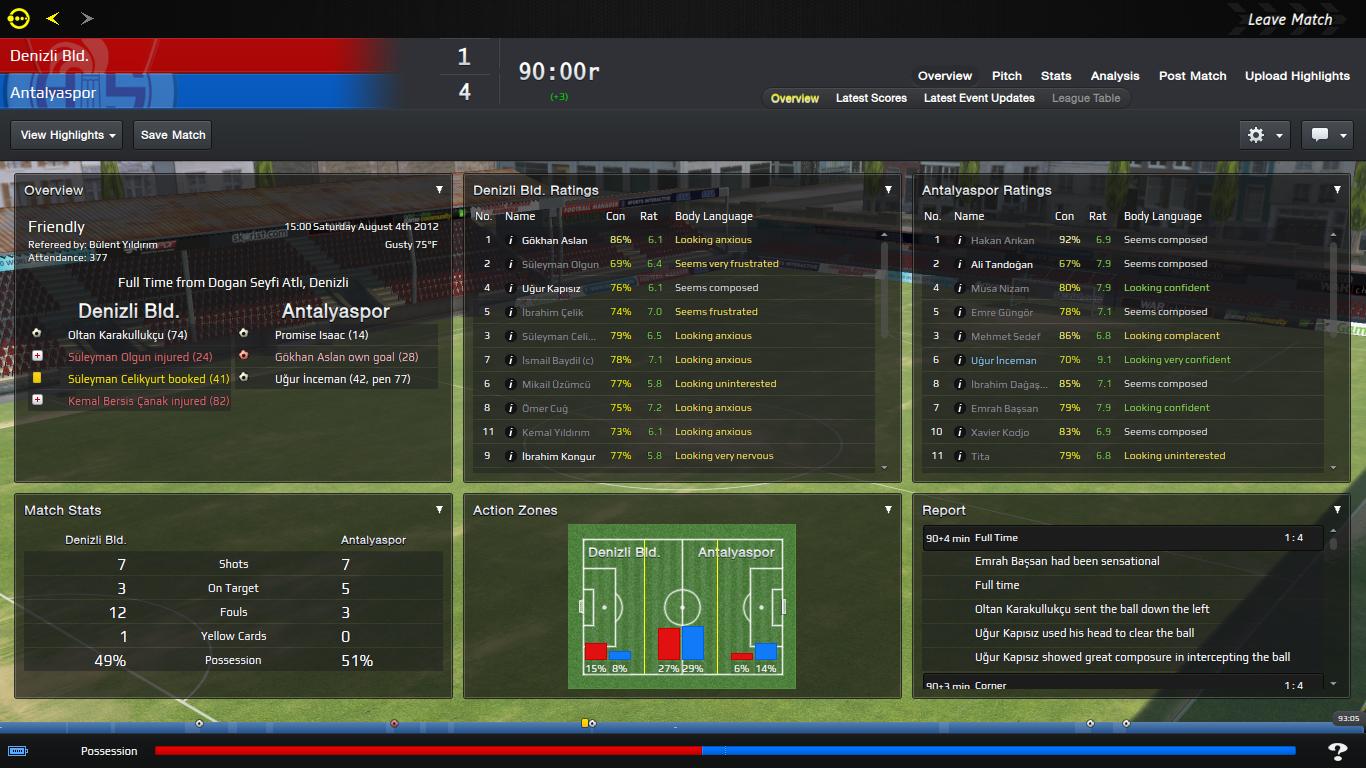 Despite the scoreline, the stats looked pretty similar, they were just much more clinical with their chances and got a penalty. Their first two goals came about because we couldn't cut out the cross. We made some good interceptions and had some chances, we just need to be better about capitalizing.
Player of the Match: Ugur Inceman (Antalyaspor) 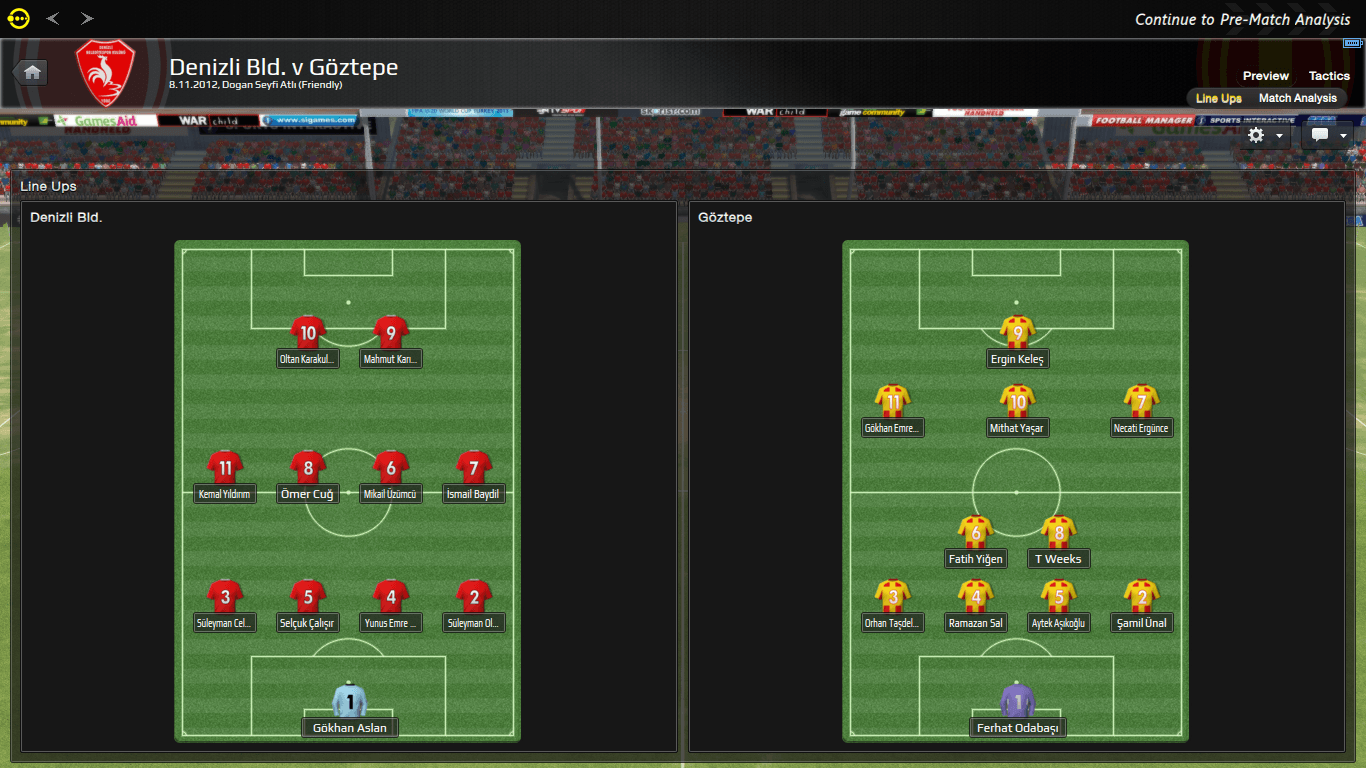 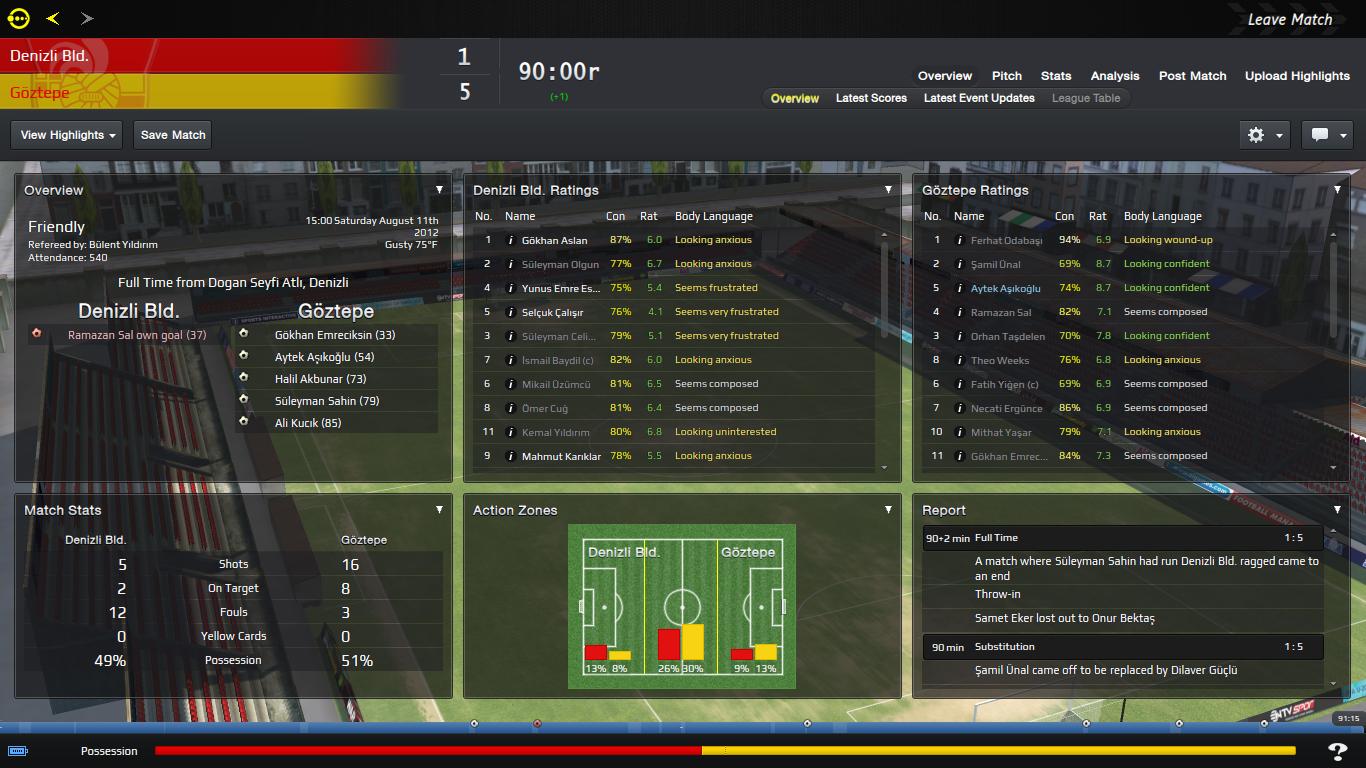 Our defense broke down in the second half, letting in 3 goals. Goztepe dominated us in all aspects of the game.
Player of the Match: Aytek Asikoglu (Goztepe) 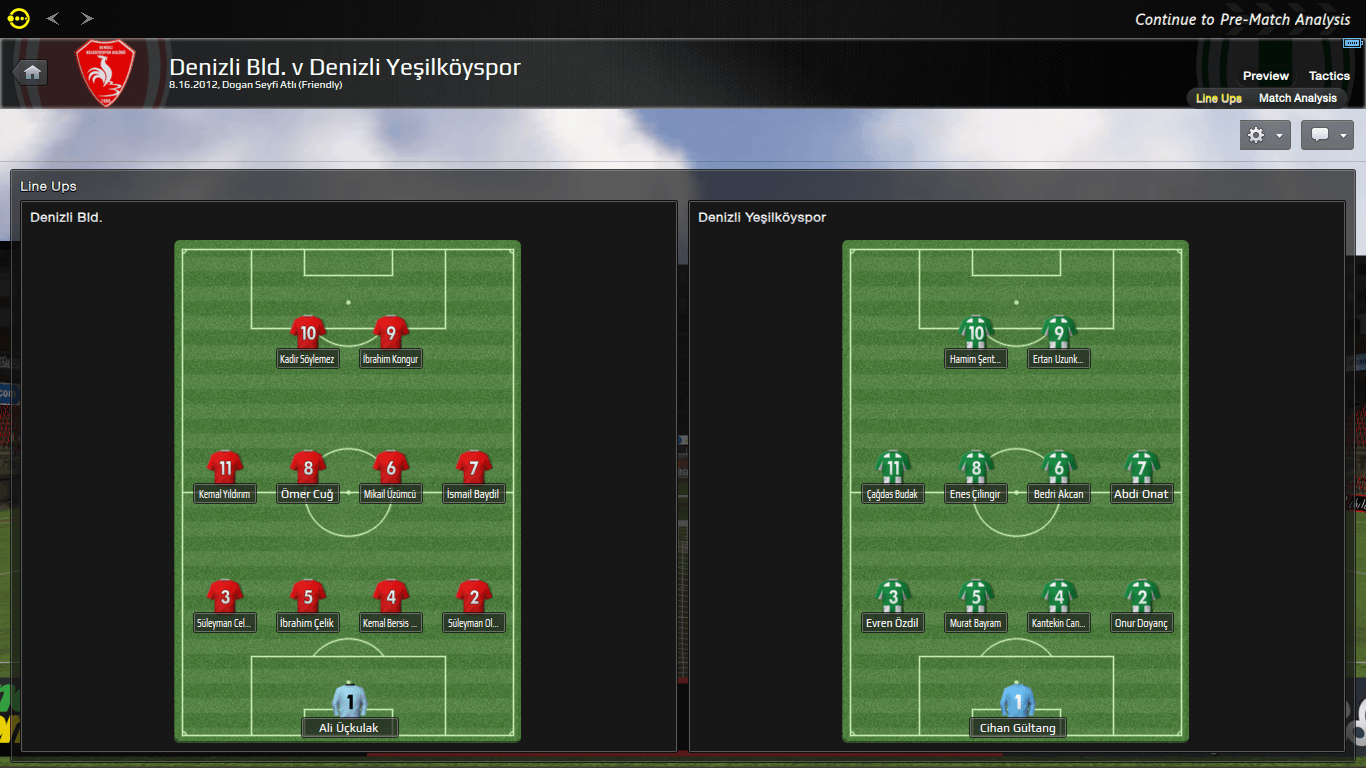 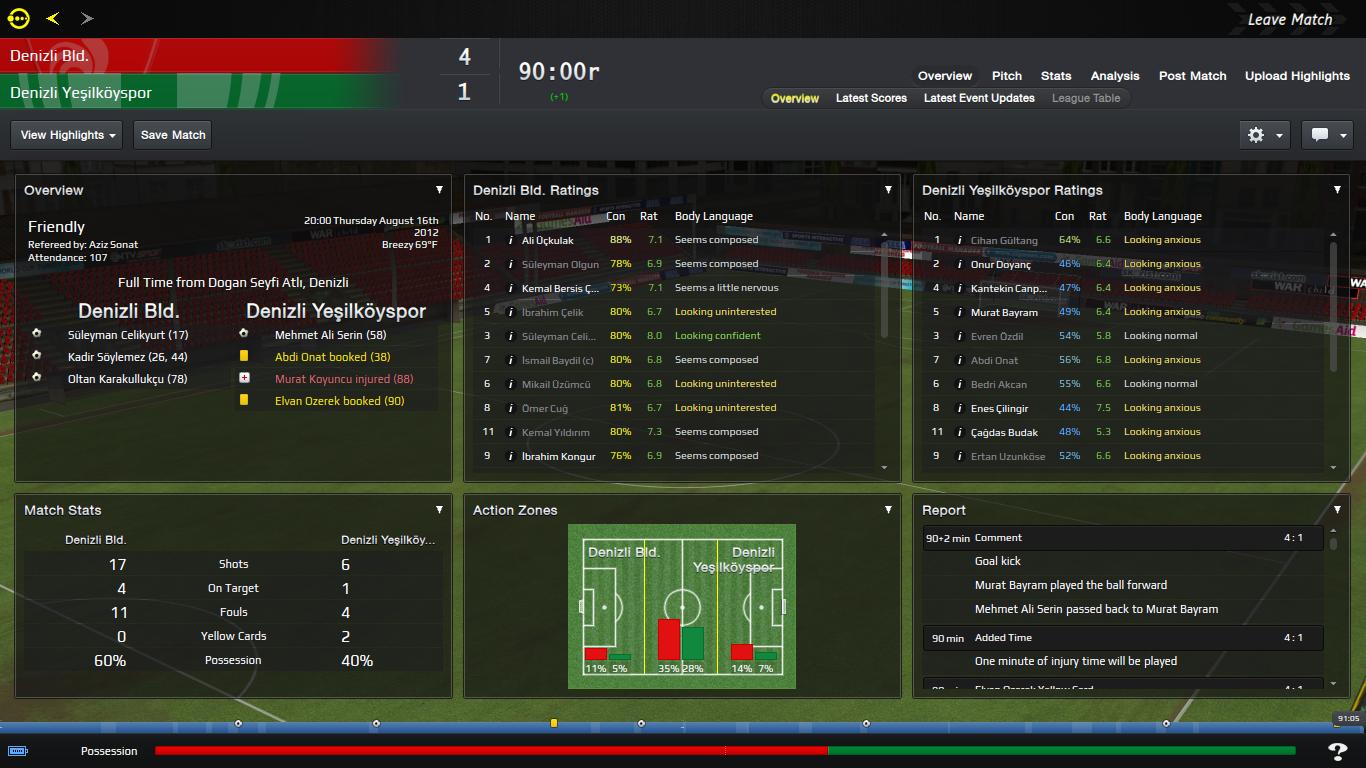 This was a confidence builder, and we took advantage of their weakness, as three of our goals were created by crosses from the left side. Denizli Yesilkoyspor switched to a 4-5-1 at halftime.
Player of the Match: Kadir Soylemez (Denizli BSK) 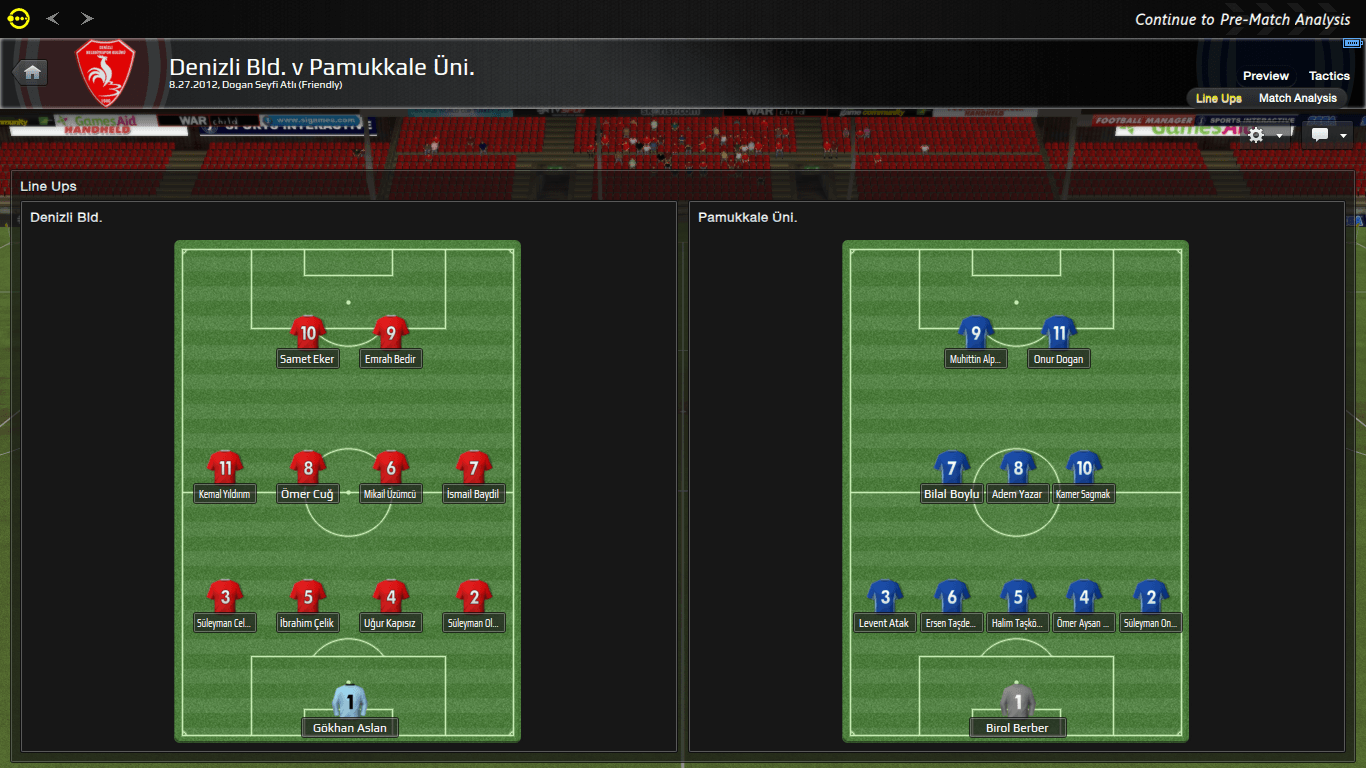 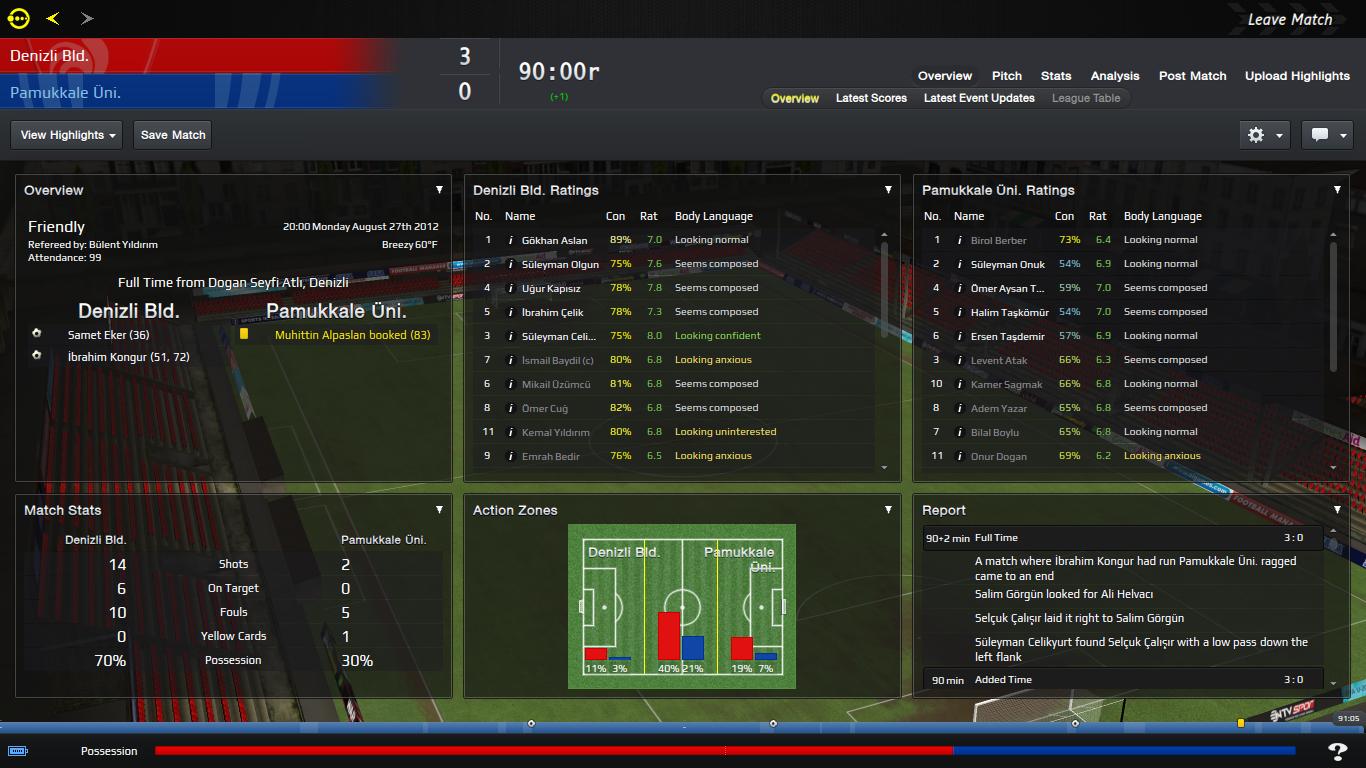 Another confidence booster for us, Ibrahim Kongur beat the goalkeeper badly for two goals where he basically walked it in.
Player of the Match: Ibrahim Kongur (Denizli)
Login to Quote

Rablador
8 years
Best of luck with Denizli, I look forward to seeing where you can take them! Mixed pre-season, but as I have no idea who any of these teams are, I can't really comment

Atreidas
8 years
Good luck with Denizli! Will be following 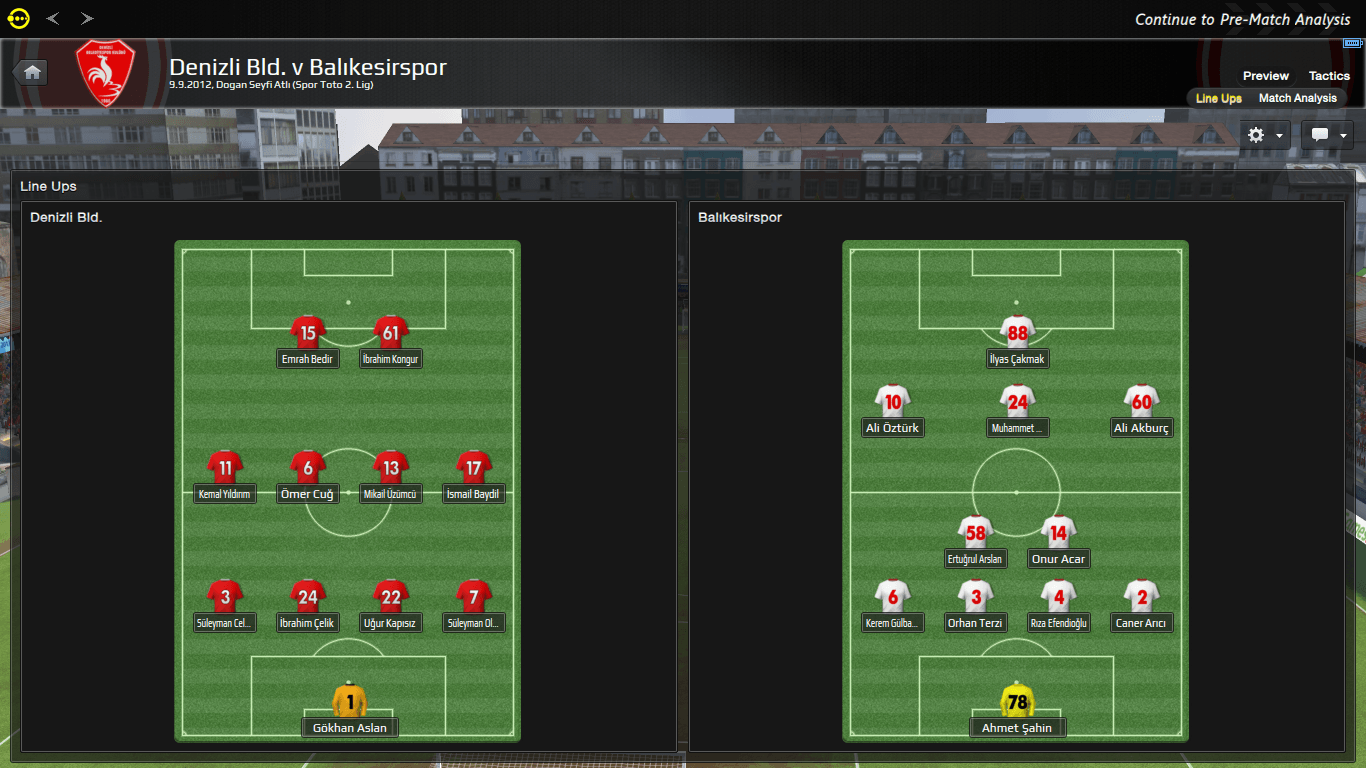 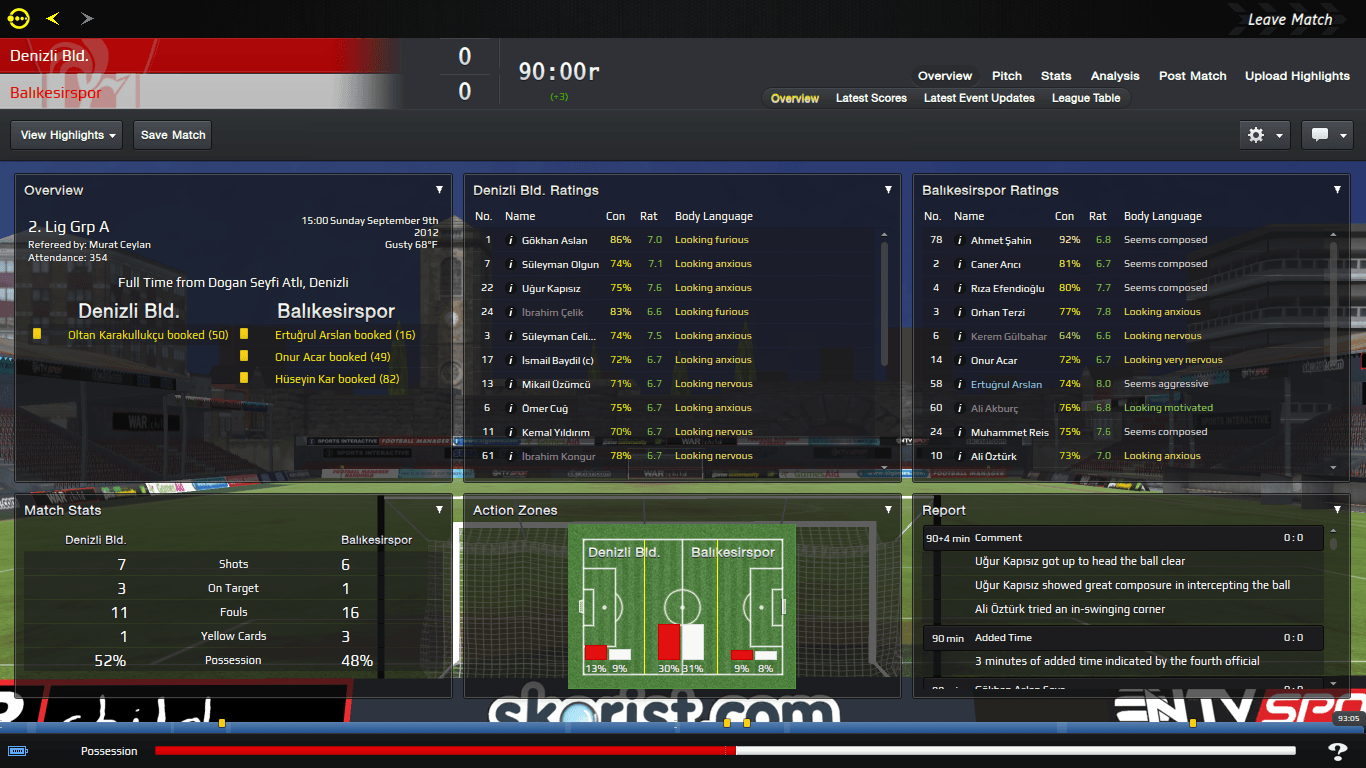 A bore draw, we had more of the ball, and more chances, but couldn't make them into goals.
Player of the Match: Ertugrul Arslan (Belikesirspor) 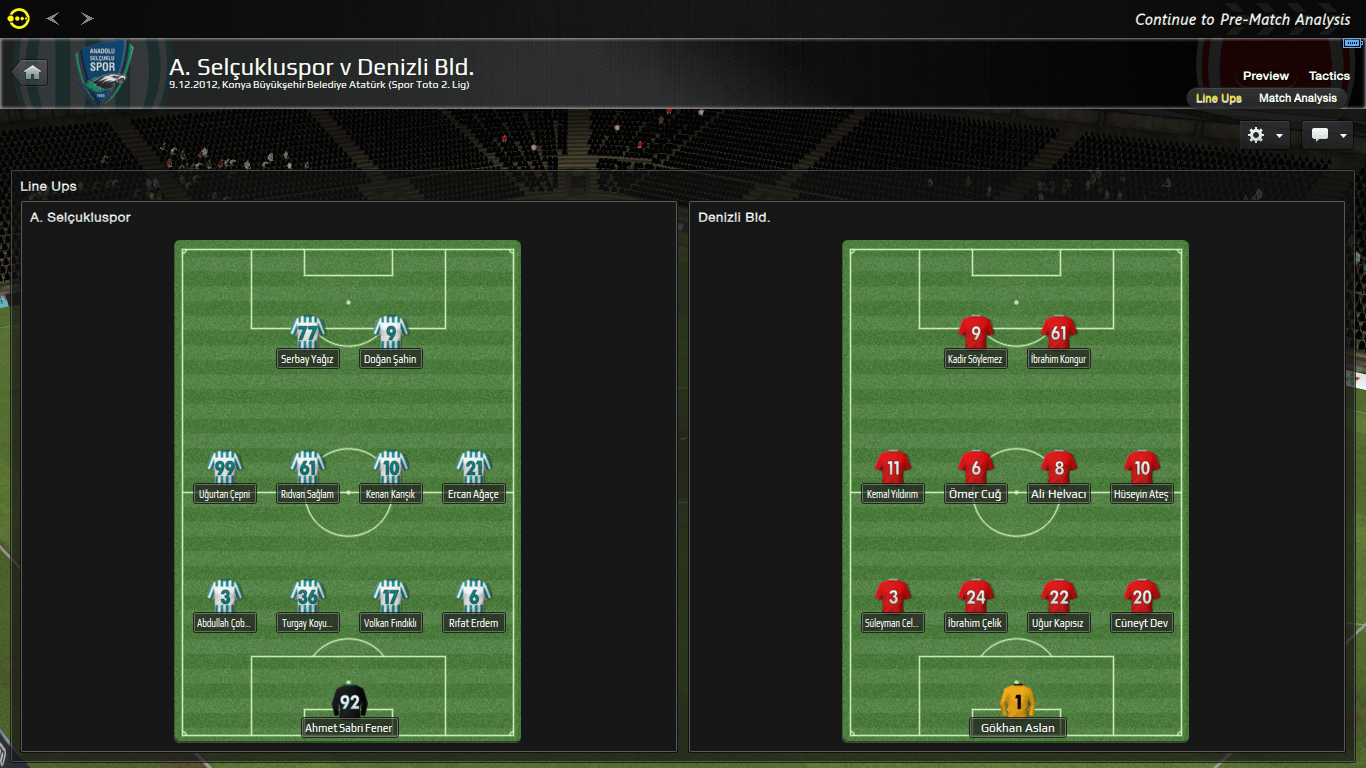 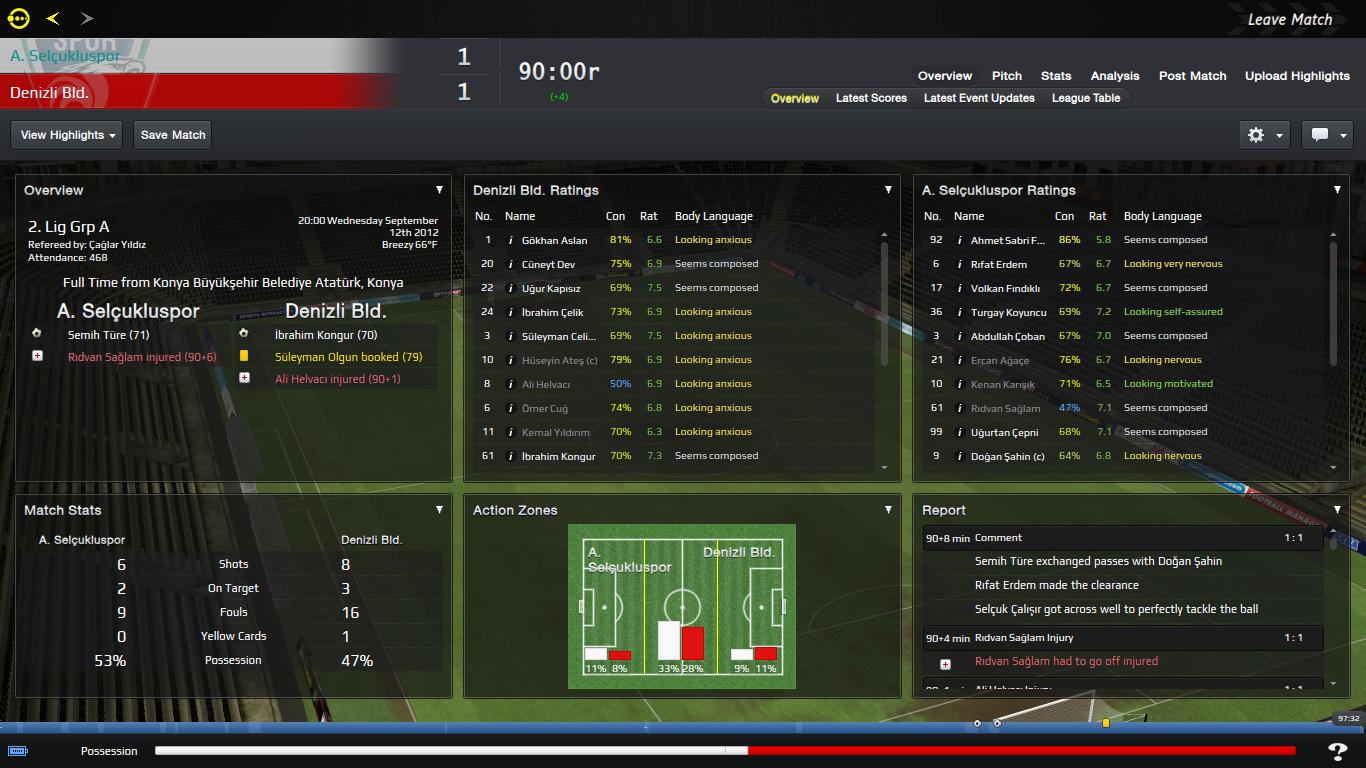 Playing this game on short rest hurt us and exposed our lack of depth, we took the lead, but couldn't hold it.
Player of the Match: Kadir Soylemez (Denizli BSK) 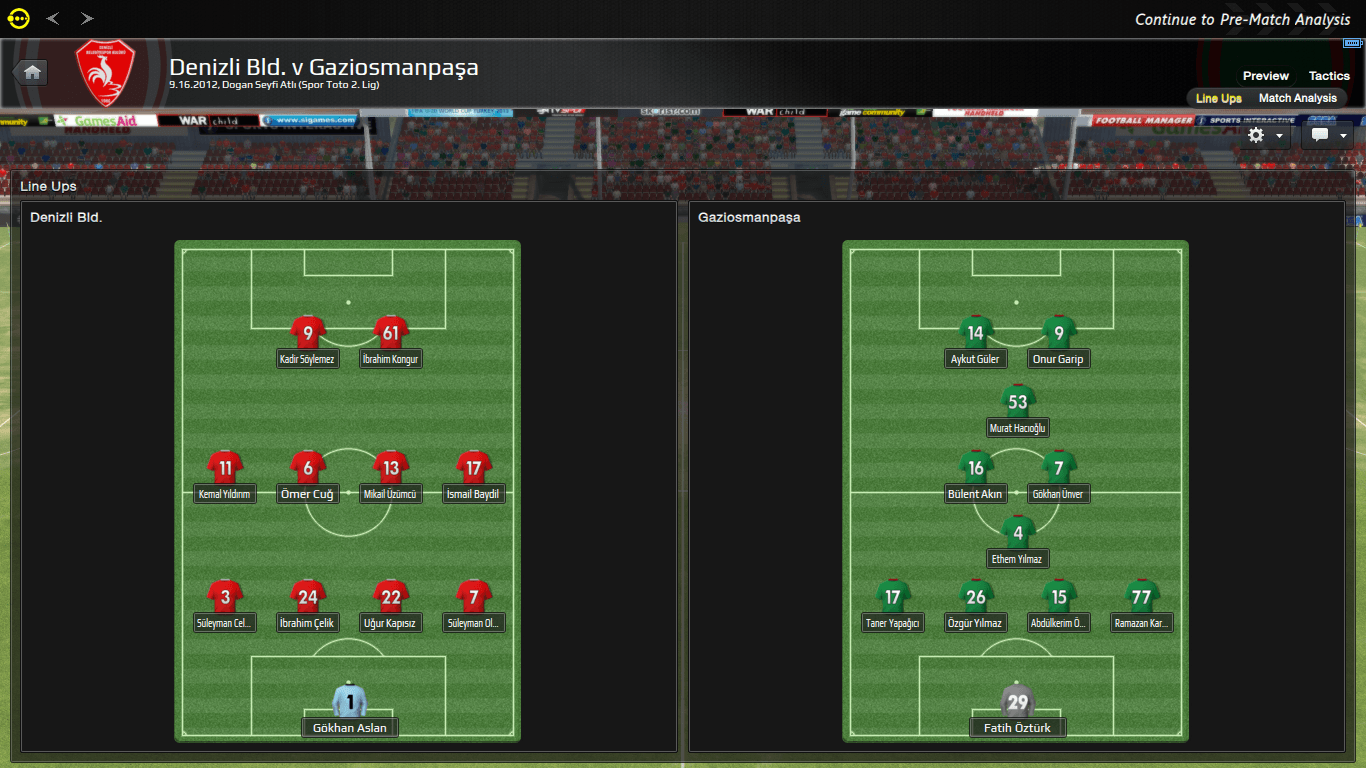 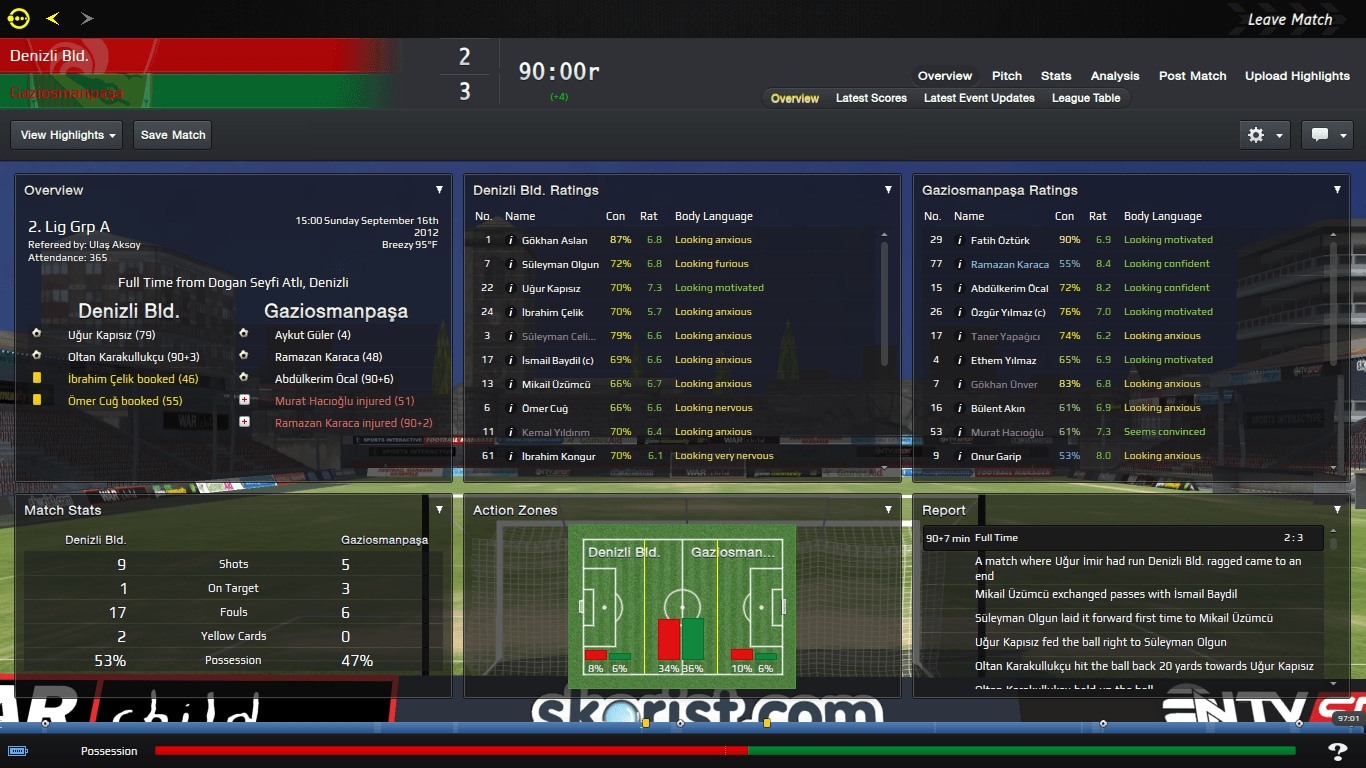 What a heartbreaker! After clawing back from a 2-0 deficit to tie, Gaziosmanpasa gets a corner kick goal in the final seconds to snatch victory once again.
Player of the Match: Ramazan Karaca (Gaziosmanpasa) 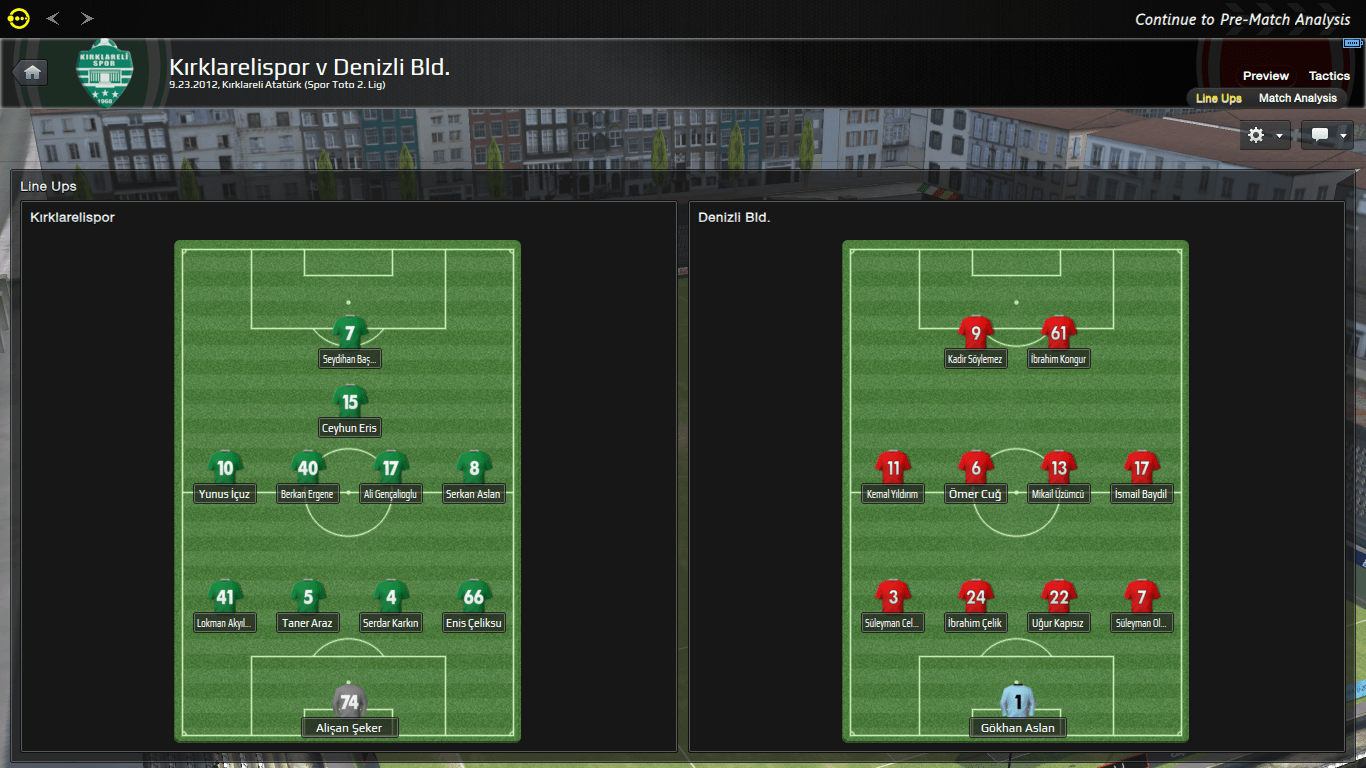 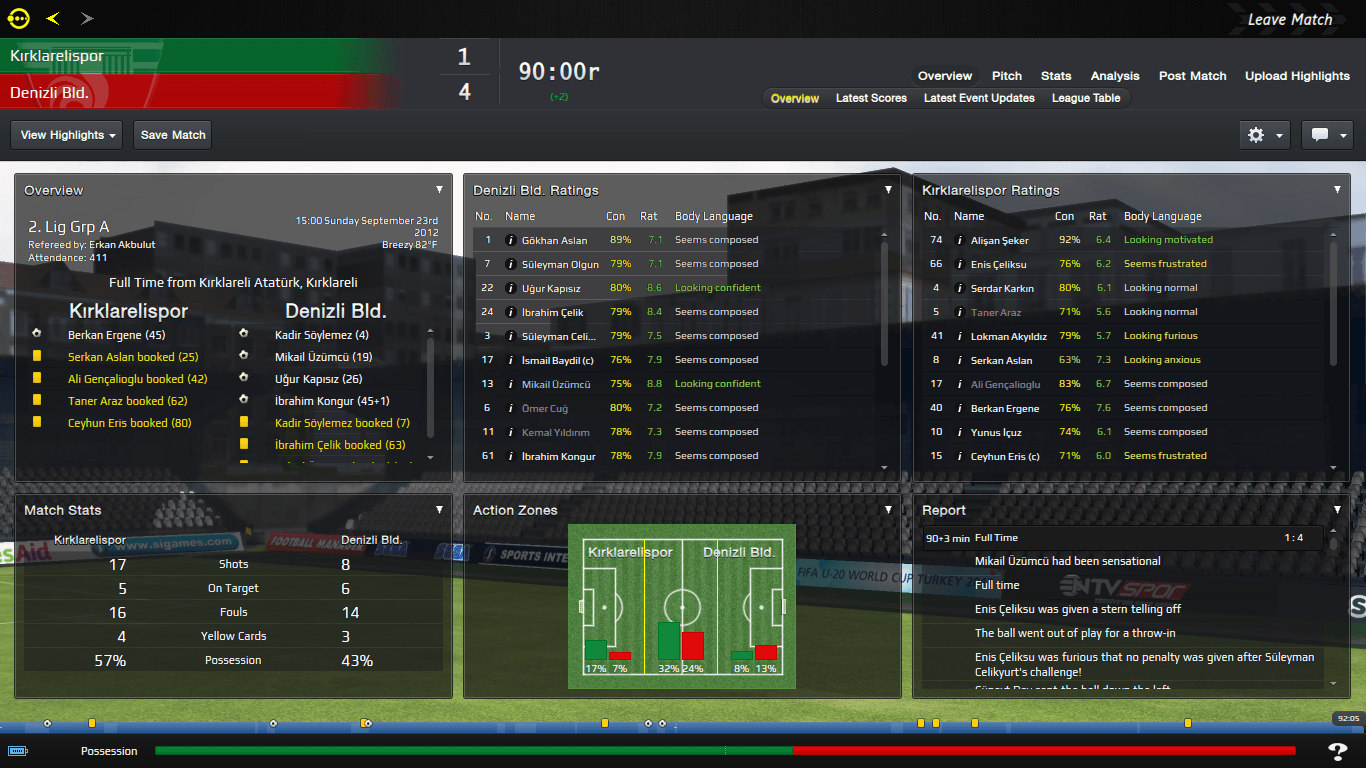 A huge road win for Denizli, Kirklarelispor went for a little spray and pray while we were patient and created clear cut chances where there was little doubt of not scoring the goal.
Player of the Match: Mikail Uzumcu (Denizli BSK) 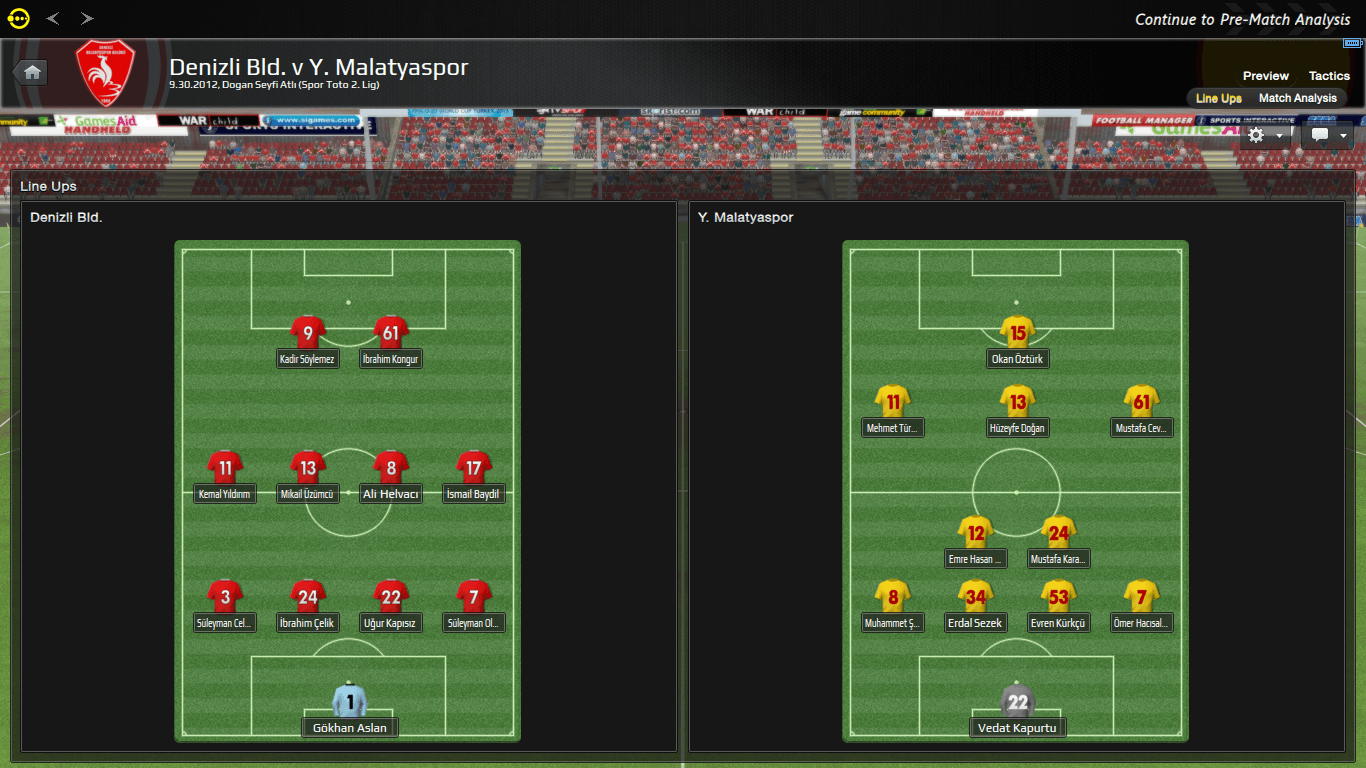 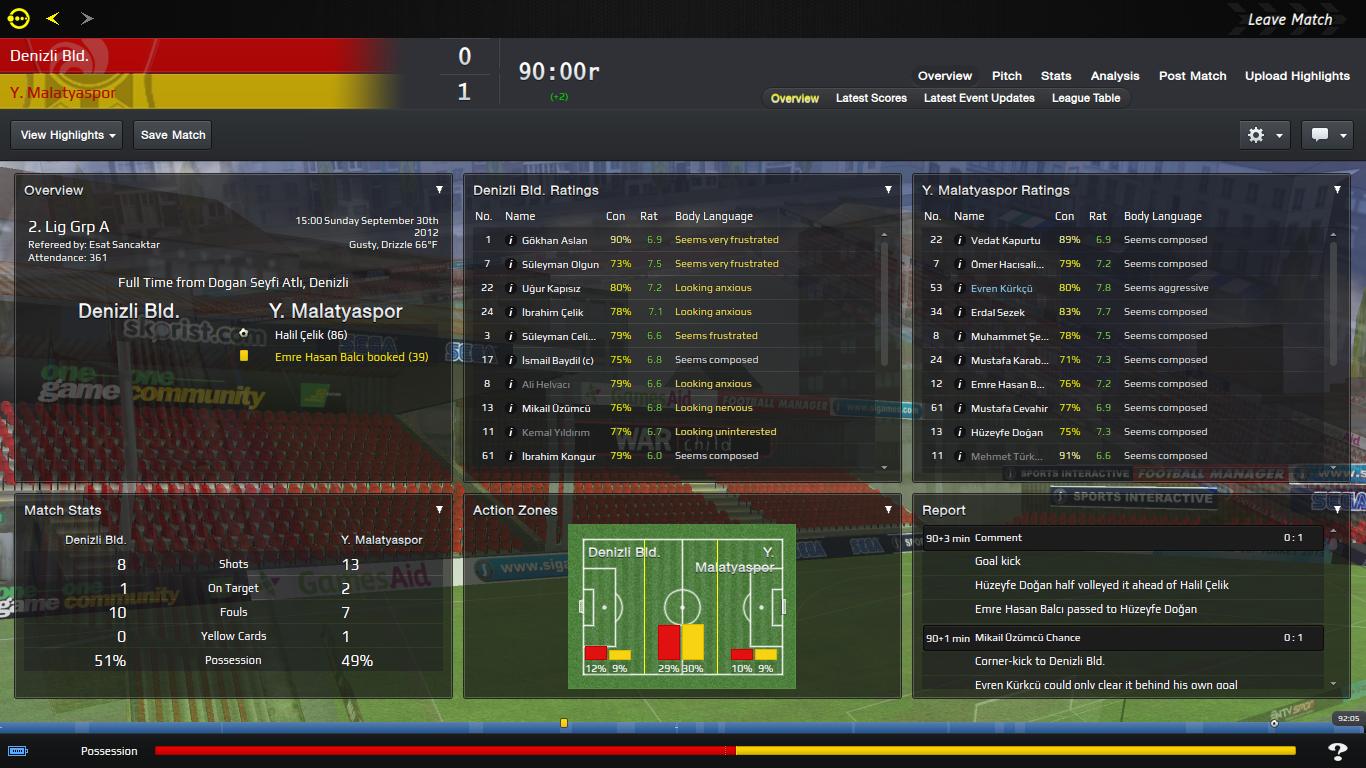 Disappointing to lose late, we were poor in attack and missed an interception.
Player of the Match: Evren Kurkcu (Malatyaspor) 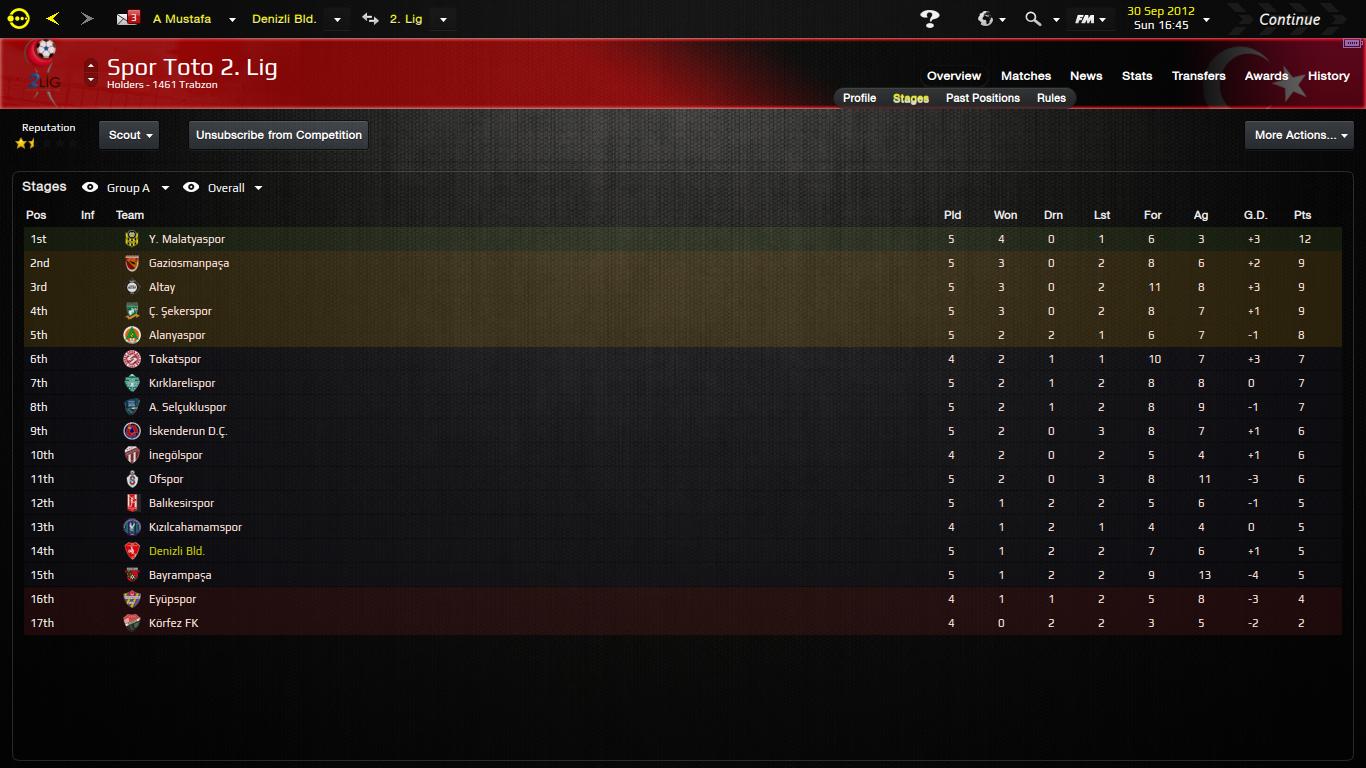 No one ever said this would be easy. We just need to stay up for now but even that might be a challenge.
Login to Quote