Hello people and welcome to my new story. In this story I aim to take oil rich 7 time Ligue 1 champions AS Monaco from Ligue 2 to the top. Lets learn a little more about the club.

Enjoying their greatest spell of success during the 1980s, Les Monegasque have a history they can be proud of. Boasting a total of 23 competition wins, here are just some of their highlights: AS Monaco FC finished runners up in the Champions Cup in 2004, finished runners up in the Cup Winners Cup in 1992, won theFrench division 7 times and are 5 times runners up, and won the French Cup on 5 occasions aand came 2nd place 4 times.
Login to Quote

Unknown French man Sebastian Fontaine has taken charge of rich Ligue 2 club AS Monaco after now former manager Claudio Ranieri, who has previously managed the likes of Chelsea, Juventus and Napoli aswell as others, resigned from the position 3 weeks ago.

Good pre season apart from the 5-2 defeat against Luzern but they were a good solid side and there are no excuses for that day.
Login to Quote

wellsy1498
9 years
Good luck. Many people have started this and never really finished it.
1
Login to Quote

MONACO DIVE INTO THEIR £15M BUDGET 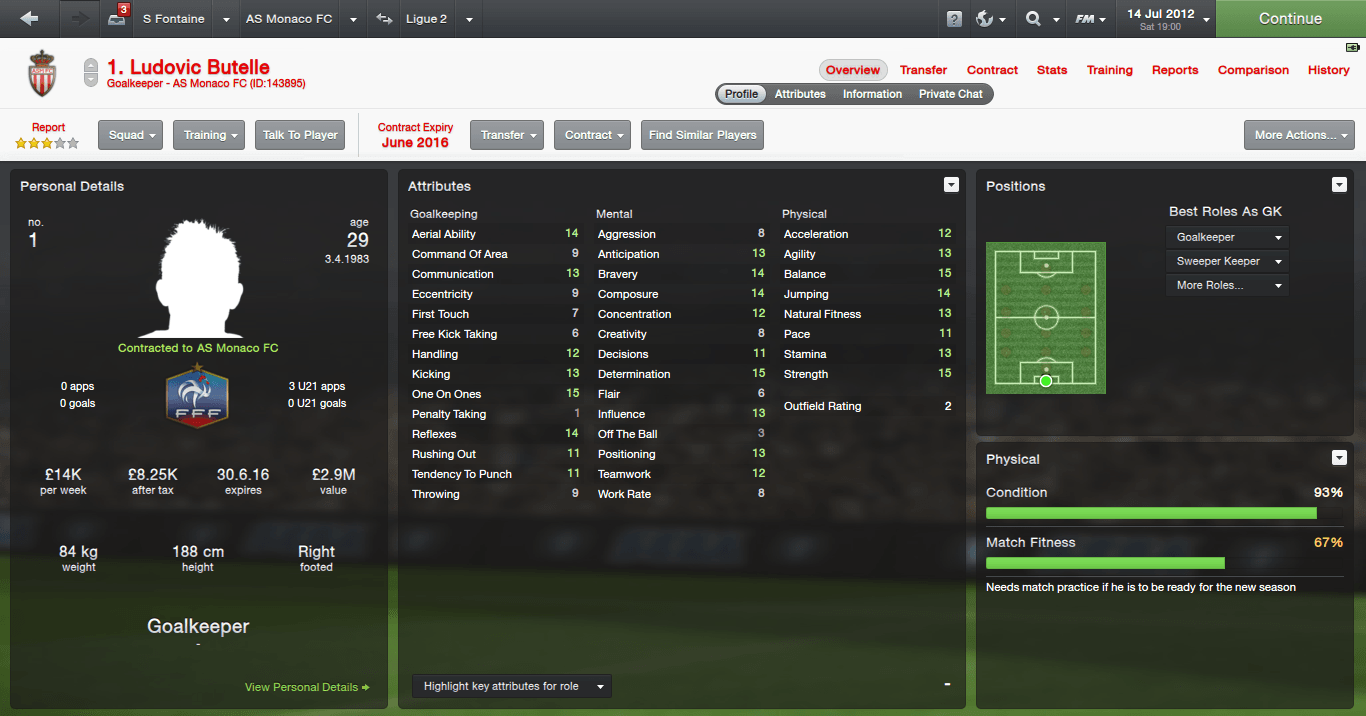 Ari from Spartak Moscow for £4.5m 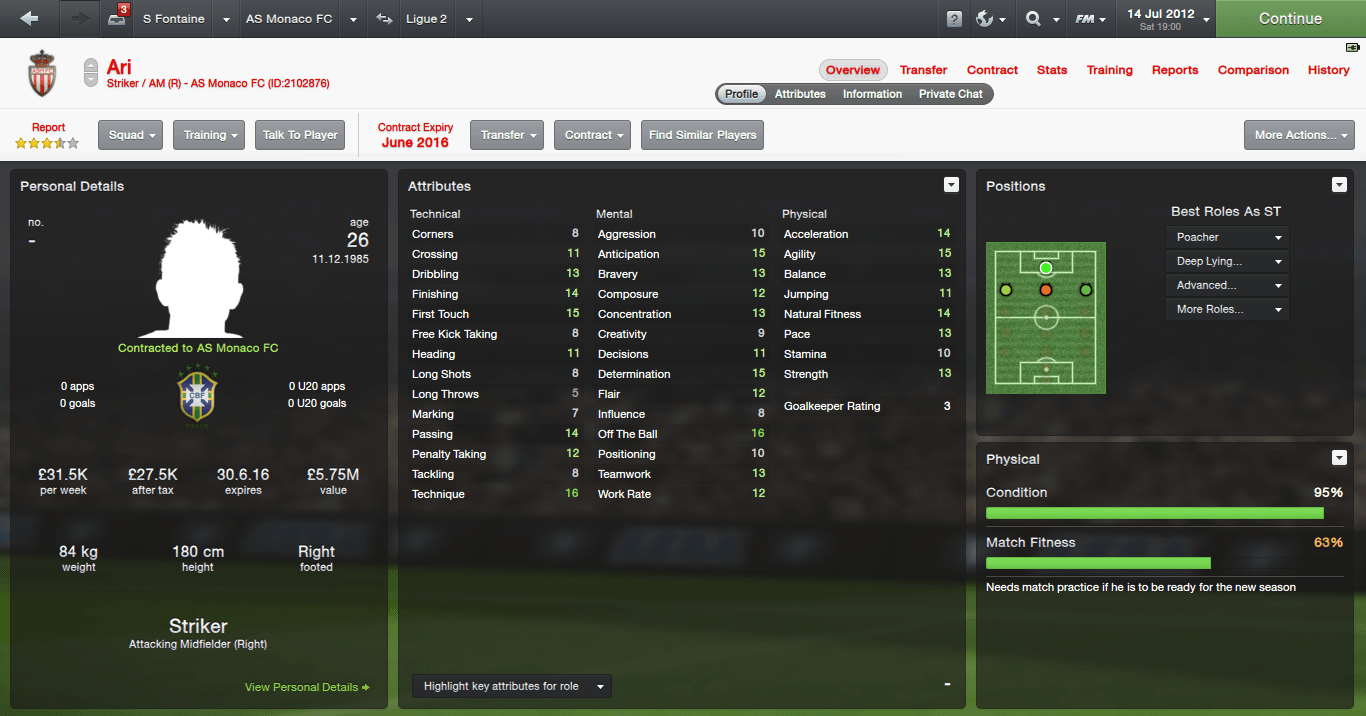 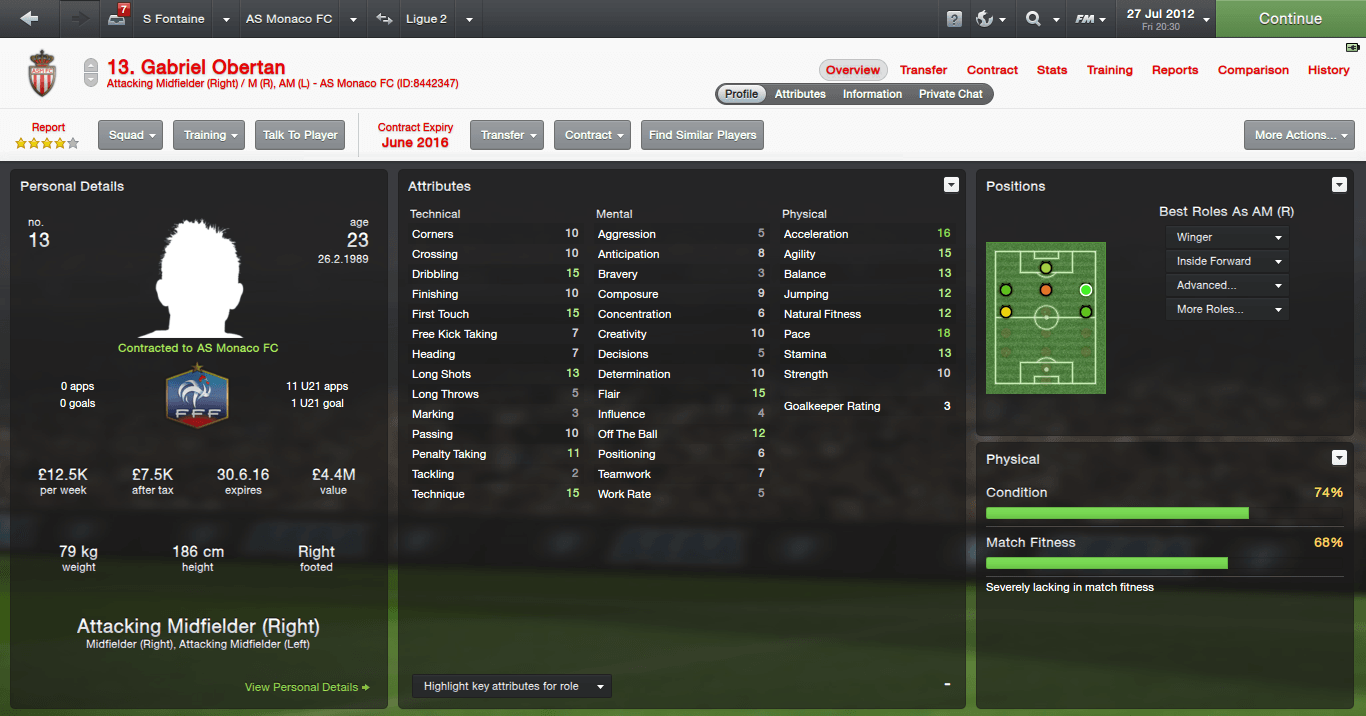 MONACO GIVEN EVEN MORE MONEY 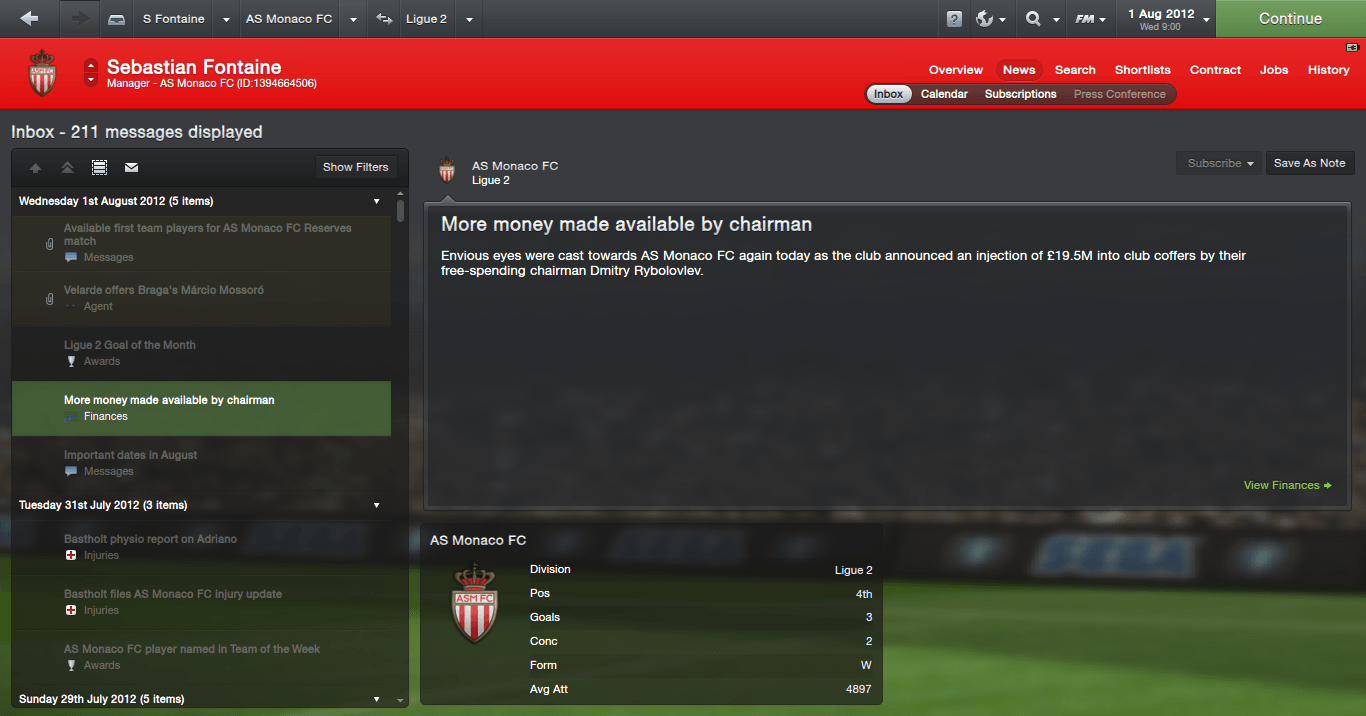 Verdinho
9 years
Good Luck, I shall follow
Login to Quote

its me: Thanks but they arent that bad for a ligue 2 team

P-KIDDY: Thanks mate hopefully i shall keep the quality at a high level for you

wellsy1498
9 years
Bit concerned about the money spent on the signings but you have a great squad for the league so you should be okay.
Login to Quote

You are reading "AS Monaco - A Journey Back To The Top".