jamstoe
9 years
So this is the World Domination Challenge:

Check out the rules with this link: http://www.fmscout.com/q-6731-World-Domination-Challenge-Sign-Up-Now-Network-Game.html

So here are the players and there teams:

We will all be posting our tactics next!
Login to Quote

FMLAD
9 years • Edited
My 4-2-3-1 Control
Never managed a in France, nor France until now, which is why is chose this them, to learn their style of play and how they move.

It's big when it's abroad

Josh Sleightholm, an English man who dreamt of one thing, and one thing only. To be like one of them, to live like one of them, to be one of them. To follow in the footsteps of the great José Mourinho, and Sir Alex Ferguson. He never would've made it to be one of them through playing football, he just didn't have the talent for that, so he worked his butt of in a local garage to try to force out enough funds so he could go and complete his coaching badges eventually he made it, a dream come true. Now he knew that his first club wouldn't be big and exciting but that didn't matter to him, however when the France Senior Squad offered him a job that all changed...
Primary Tactic

Jamie Street was lying on his bed playing FM all day until he decided he wanted to do it for real. He went and emailed the Welsh FA and asked for an interview for the vacant job. And it just went from there. He is now manager of Wales and has devised 3 tactics for the Welsh squad to play. Here they are:

This is a standard 4-4-2 tactic that the Welsh are used to.

This a defensive 4-5-1 tactic which will take some getting used to.


Akash Vidyasagar, born in England, with Belgian descent has made Northern Ireland his home for the past ten years. An avid fan of the Crusaders and a regular at Lavery's bar, Akash was convinced he is living the dream when the FA of Northern Ireland told him he was in the running for the national team job after the surprise sacking of Michael O'Neill. They released a statement saying, "We are looking for a fan more than a manager, because most of the managers in today's game think they are bigger than the FA", causing a lot of controversy in N.Ireland and Great Britain because this happened in the middle of Euro Qualifiers.

Vidyasagar is one of those who tried getting into football, but had no talent to back it up. So, his next best option was getting his coaching badges and manage local teams, trying to make a name for himself. Knowing very well where the Chairman of the FA spent most of his evenings, Akash stuck around trying to get him engage in conversations with him. The chairman, joking at first, Vidyasagar was soon invited into their Belfast office to discuss the possibility of managing the Northern Ireland National Team. A successful test run in a series of friendlies between U21 and U19 saw the twenty-six year old getting the job over much more established managers.

Little did they know, Akash had got his badges under the guidance of volatile manager, Paolo Di Canio. He knew exactly how to get his way, and would never settle for less. 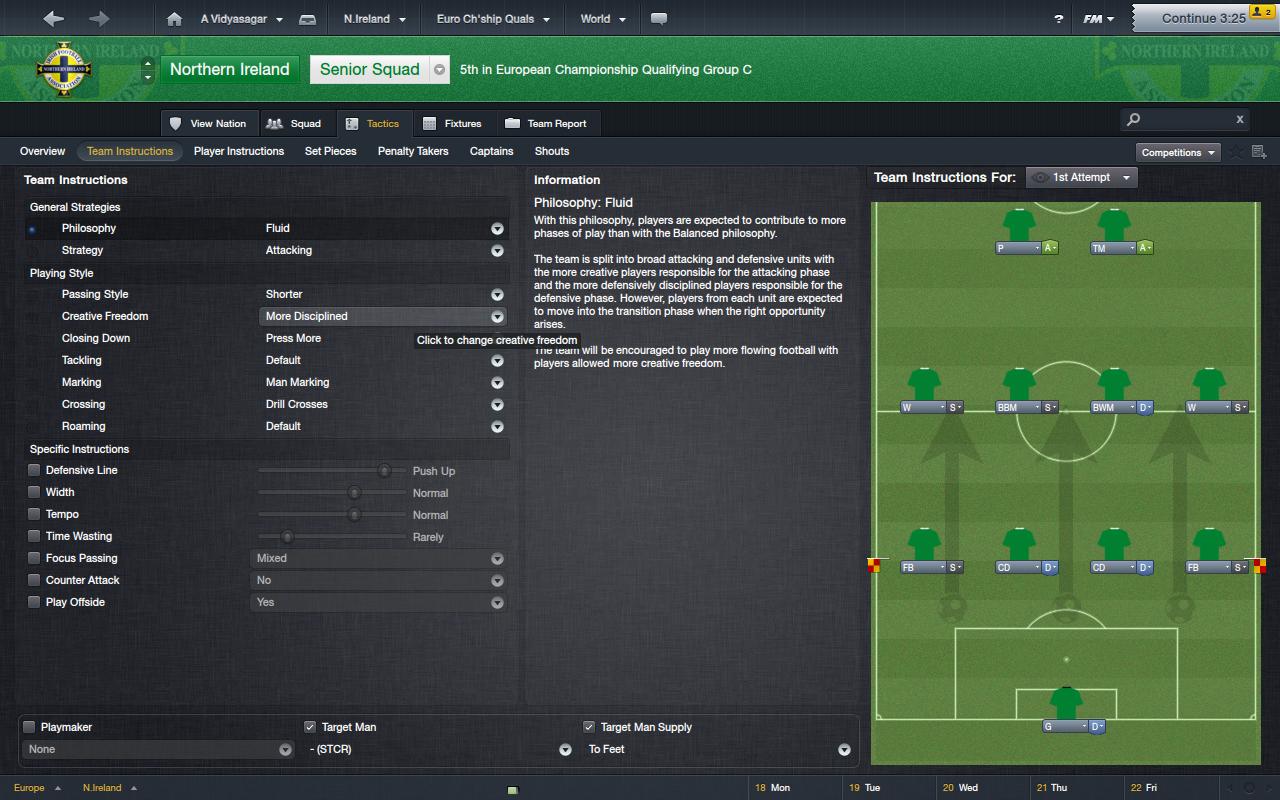 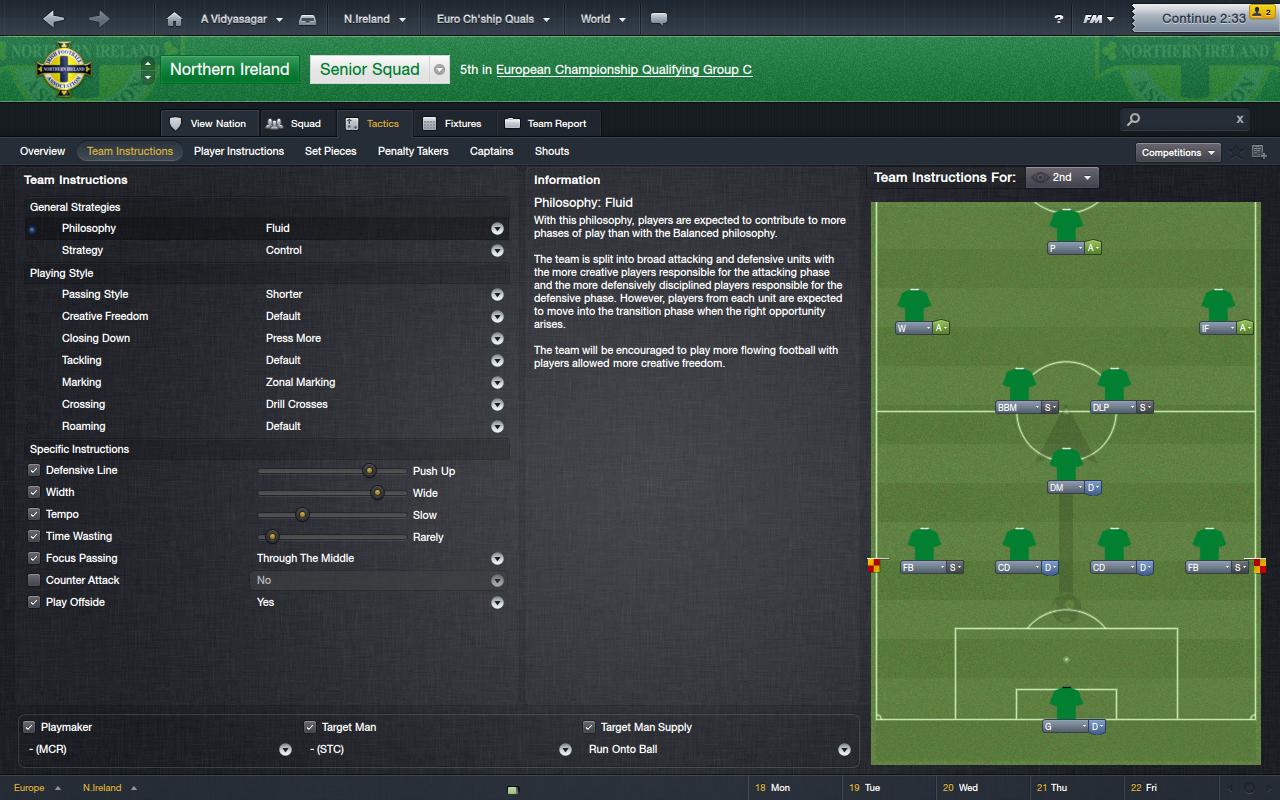 - Parking The Bus (Will probably never use) 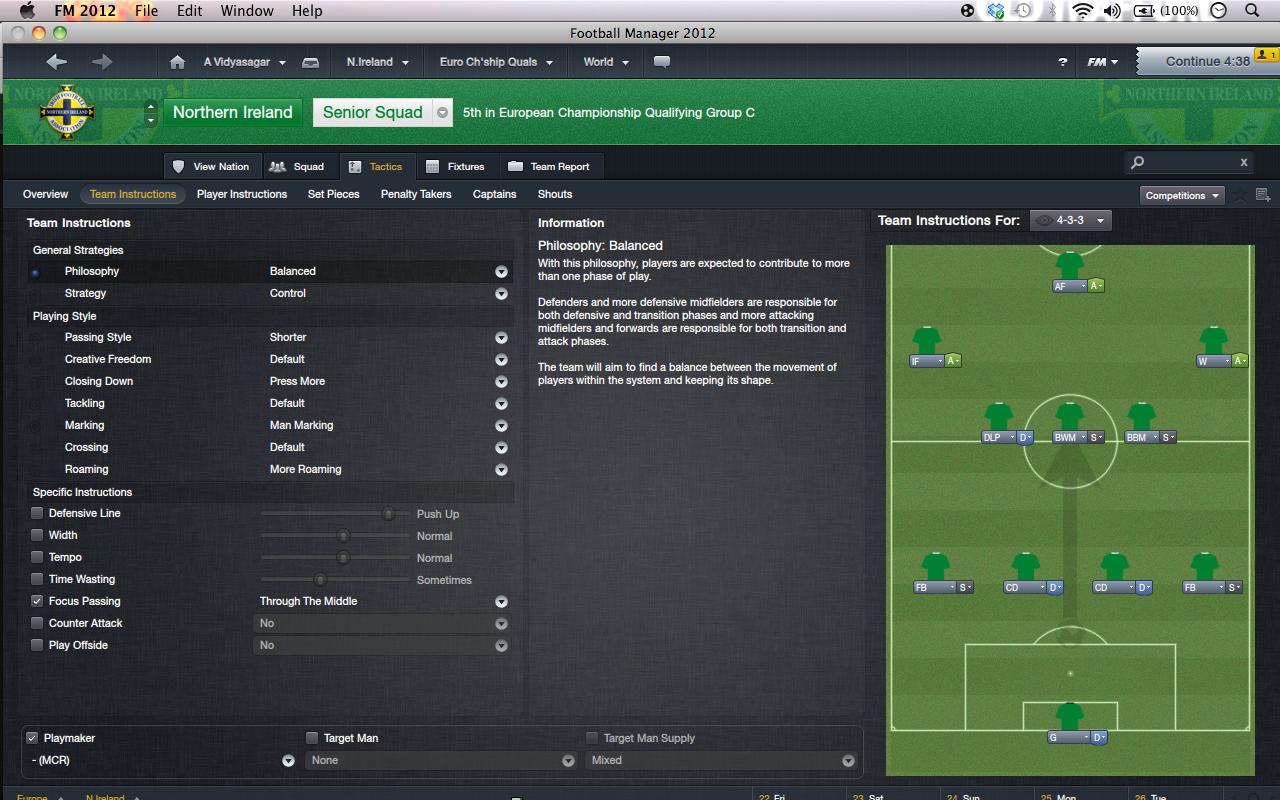 Thanks Glenn.
Login to Quote