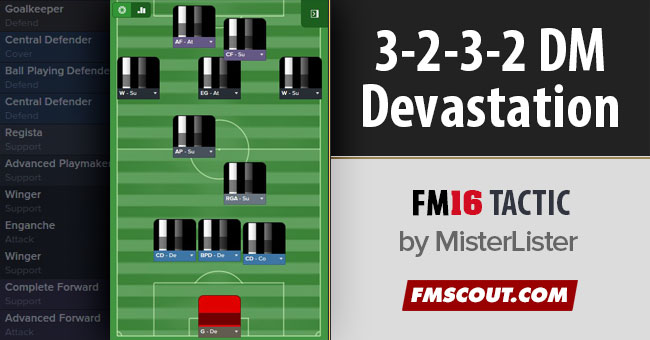 Hi guys, here I am again with my new tactic. I made this tactic in FM15 but I decided not to upload it for that FM. Now, I have succeed in making this tactic for FM16 and believe, it's working fantastic. I have played three seasons in a row in CL quarter finals with Partizan which is great success and I have with this tactic 76% of win.The thing is, that, whole team is playing as one, wingers get back to defend, defenders go up to attack, so this is the closest I could make it to look like total football.

With this tactic you will see, when you attack, many players are close to opponent's goal, players keep pushing ball in final third of field which gives you high percentage of possession and many shots on goal for you, and in nearly every match less shots for opponents.

Main thing for this tactic is that you MUST have two good defenders, when I say good I mean that they need to have heading, marking, tackling, positioning, strength between 13-20. For wingers would be nice to have good work rate as they are going to get back and play as WB's when defending. I always put players to practice defensive positioning so I recommend you to do that. 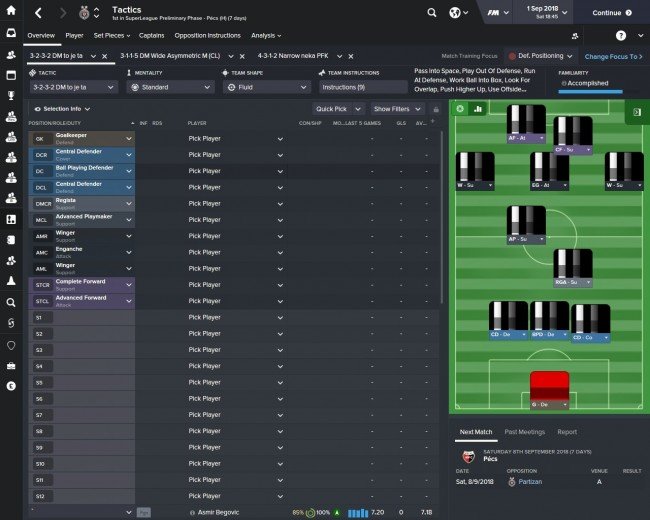 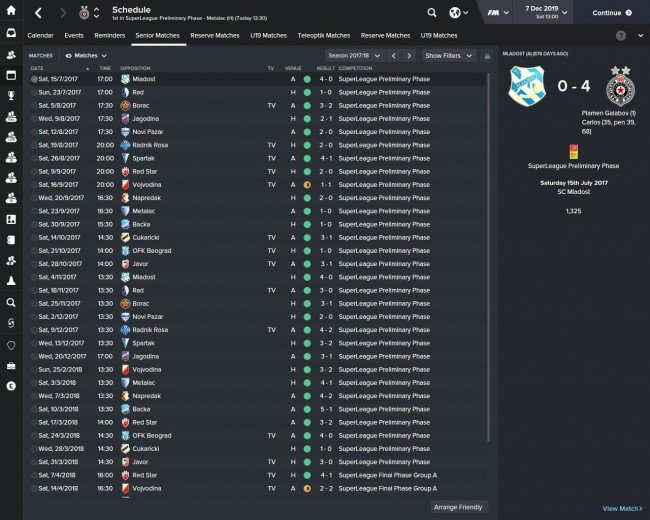 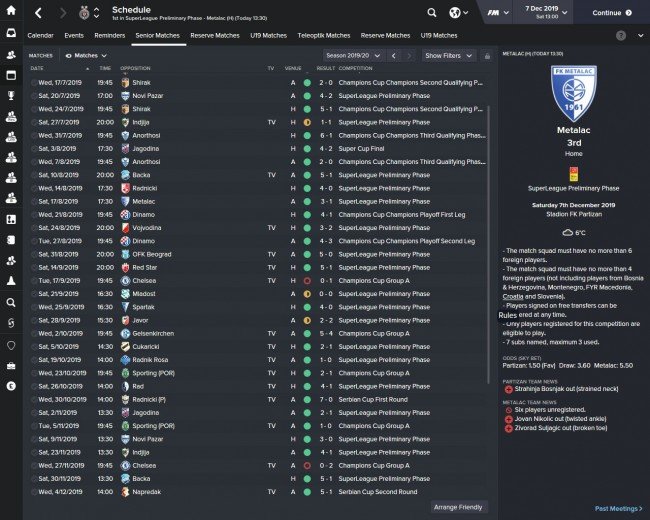 Hope you will enjoy in this tactic and feel free to comment and ask anything you want to know. GOOD LUCK!