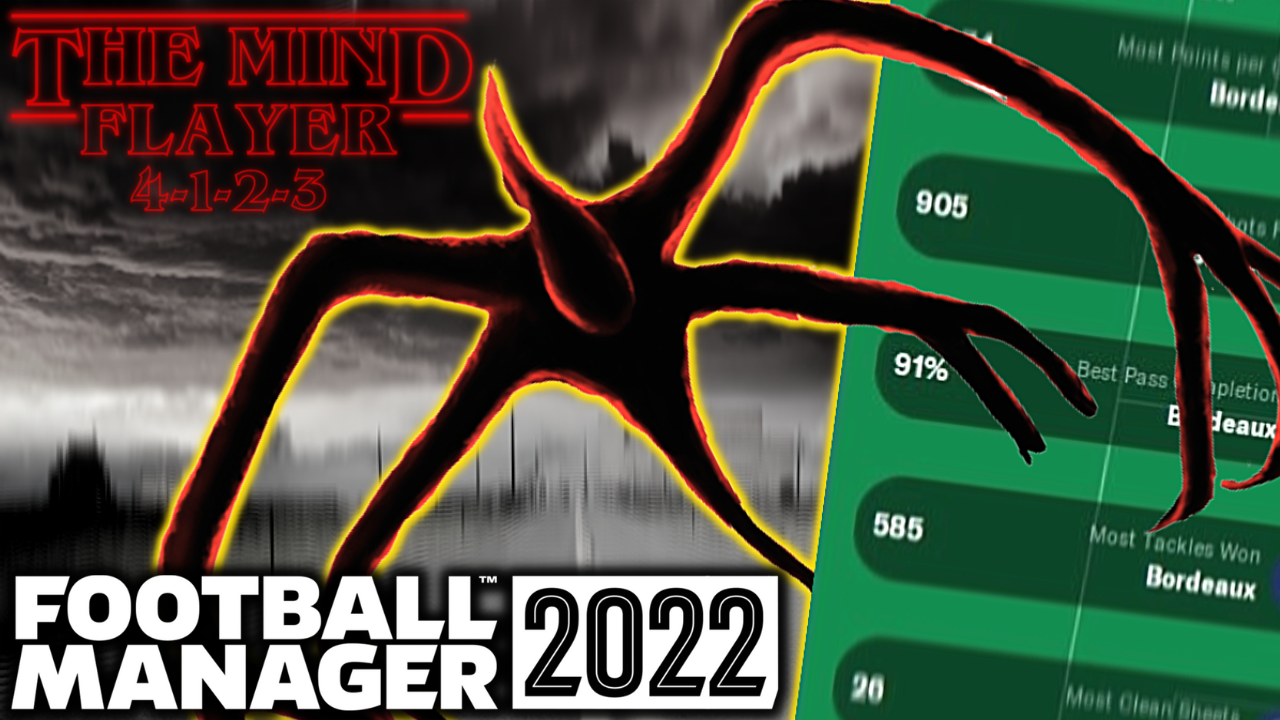 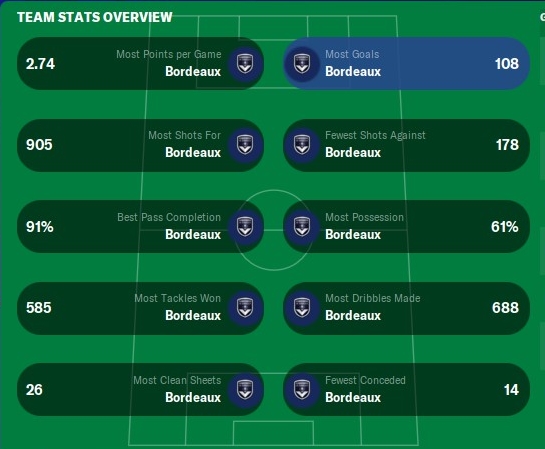 THIS TACTIC SAW BORDEAUX HAVE AN UNBEATEN LEAGUE CAMPAIGN THAT RESULTED IN 108 GOALS SCORED AND 14 CONCEDED AND ALSO SAW BORDEAUX DOMINATE EVERY SINGLE TEAM STATS OVERVIEW.

Bordeaux’s on and off field problems have been well documented recently and following a disastrous Ligue 1 campaign which saw them finish bottom of the league, conceding 91 goals in 38 games and collecting 31 points.

Further concerns were raised when the DNCG, French football’s financial watchdog decided to not only relegate Bordeaux, but to relegate them to the bottom third tier of the French football leagues due to serious financial irregularities.

Following lengthy appeals from the six-time Ligue 1 winners who claimed the decision was ‘brutal’, Bordeaux were successful in their attempts and find themselves reinstated back into Ligue 2. 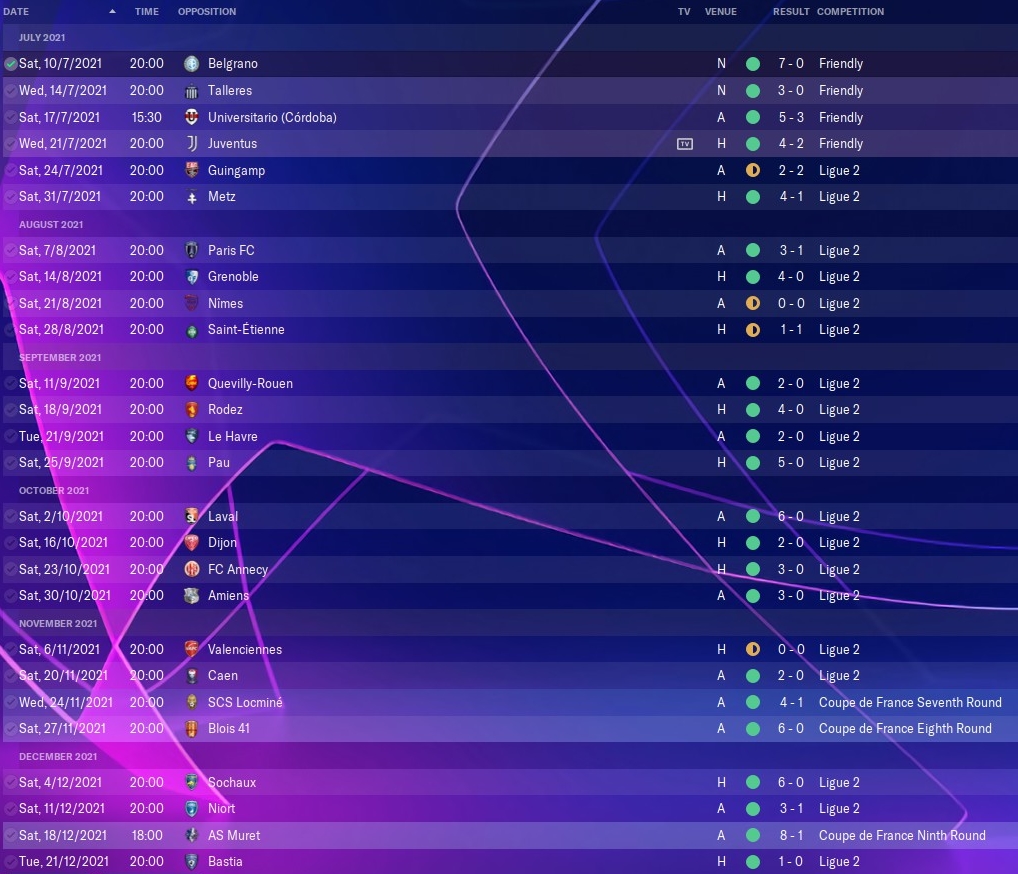 The well documented financial problems continue in Ligue 2 and all that is left is a poorly assembled, unbalanced squad that is lacking in any quality, deservedly of a club that finished rock bottom of the previous campaign. 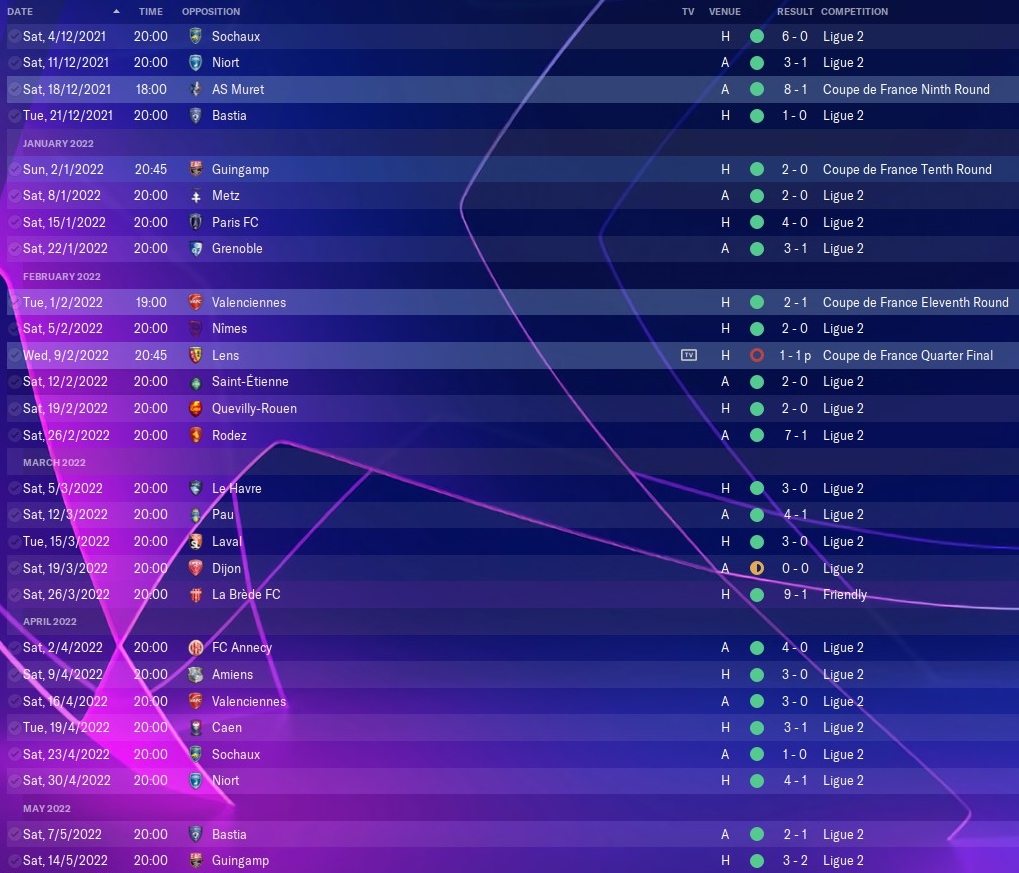 Much work was needed behind the scenes reorganising the whole backroom staffing team and work began in earnest scouring the free agent market for bargains. The decision being taken to bring in potential young players from around the globe with the design of hopefully turning them into a profit to help maintain positive cash flow.

Once the backroom team was put in place a decision was made regarding a formation to adhere to for the campaign in Ligue 2. The philosophy being that we wanted to create a solid spine that would lead to being tight at the back and causing creative chaos going forward. 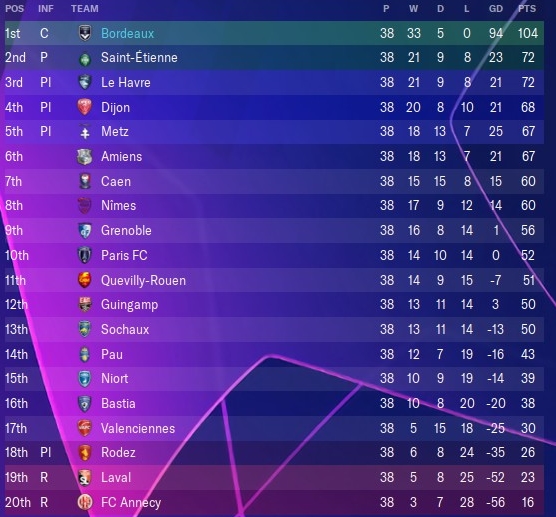 With Bordeaux having some wide players of value it was decided for the club’s long term financial stability that I would cash in on the wingers to help provide much need funds. With this decision being taken it helped decide on a formation, a solid, perfect 4132 line up. 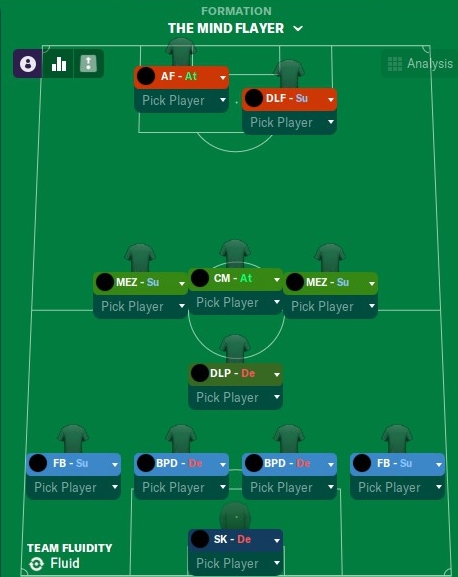 We brought in free agent Luca Zidane, following in his fathers’ footsteps who is a club icon during his earlier career. Sweeper Keeper Zidane found his role on defend duty but utilising his creative instincts inherited from his father, with take more risks being added to his instructions.

Centrally in defence we find two Ball Playing Defenders on defend duty, with Daniliuc and Katic forming a formidable partnership. Each player having specific instructions added to their armoury.

Either side of the CBs we find two Full Backs both on support duty, once again with plenty of instructions added to each role. We will go into the role of the Full Back’s in more detail further in the article.

In the role of the 1 just in front of the CB’s, we find a Deep Lying Playmaker on defend duty. This role finds a couple of extra player instructions added, but the main duty of the DLP on defend is to make the team tick with inspiring play, the heartbeat of the team. Orchestrating moves from deep, arrowing balls long and short whilst offering stability and defensive guile, sitting deep and holding a controlling position.

Ahead of the DLP this is where the chaos is created, we find a Central Midfielder centrally on attack duty being flanked either side by two Mezzala’s on support duty. The two Mezzala’s and two full backs are absolutely massive and key to this team and tactic ticking. Naturally the Mez roles finds the two creative players drifting out wide, this working in tandem with the two full backs who find their roles asking that they come inside with the ball almost playing as an inverted full back. This can cause sheer chaos in the middle of the park and creates overloads centrally and wide. As the Mez moves out wide, the whole left can and is filled by the full backs. In turn, the full backs can also go on the overlap wide along with the Mez’s, resulting in overloads in wide areas. The opposition literally can’t cope with the overloads, and they don’t know who to track and when. The CM on attack duty revels in this chaos and finds plenty of room to maraud forward scoring plenty of goals and handfuls of assists. Up top we have a double strike force with an Advanced Forward leading the line and he is supported by a Deep Lying Forward on support duty. These two works perfectly in tandem with each other and also with the marauding CM. Each forward role has their own specific set of instructions that work hand in hand with each other.

The Mind Flayer is on attack duty and Pearce-Ball finds set pieces added to the tactic also and NO OPPOSITION PLAYER INSTRUCTIONS are required.

Training schedules and guidance has been provided from BTN.