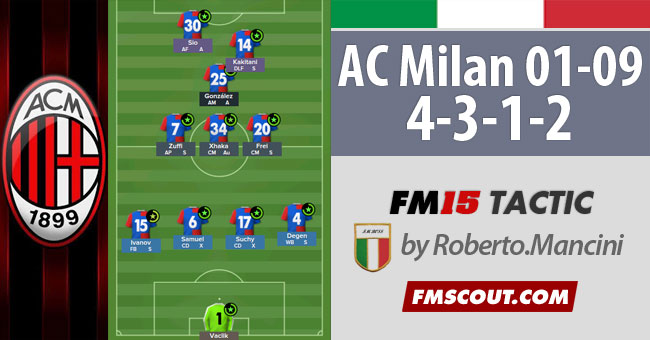 
This tactic was utilized by Carlo Ancelotti while with AC Milan during the period 2001-2009. Ancelotti was appointed Milan manager on 6 November 2001, after Fatih Terim was sacked due to poor results. He was inheriting another recently trophyless team in Milan, as the Rossoneri had floundered domestically and in Europe since their last Scudetto victory in 1999. In his first full season, Ancelotti soon had Milan back in European competition, leading them to the semi-finals of the 2001–02 UEFA Cup.

The following season, Ancelotti, who was heavily criticized by club owner Silvio Berlusconi due to his defensive tactics, was able to adopt a creative play in Milan while making several roster changes. He made Dida, still maligned for his 2000–01 Champions League howler against Leeds United, his new starting goalkeeper barely a month into the 2002–03 season, while converting budding attacking midfielder Andrea Pirlo to a defensive playmaker and playing him behind Rui Costa. At the same time, Filippo Inzaghi and Andriy Shevchenko were dominant and dynamic.

Milan won the 2003 UEFA Champions League Final, beating Juventus 3–2 on penalties at Old Trafford and also won the 2003 Coppa Italia Final. It was a sweet revenge for him as Juventus brutally sacked him and to add insult, Marcello Lippi was re-hired for a second tenure and won back to back Serie A titles. The following season, Milan took home the Scudetto in 2004. Under Ancelotti's reign, Milan were also back-to-back Serie A runners-up to Juventus in 2004–05 and2005–06 (both Scudettis were later wiped from the record books of Juventus due to Juventus's involvement in the Calciopoli scandal) and lost the 2005 UEFA Champions League Final to Liverpool, losing 2–3 on penalties after a 3–3 draw in normal time; having been 3–0 up at halftime.

Two years later, though, Milan avenged their defeat to Liverpool with a 2–1 win at the Olympic Stadium in Athens in the 2007 UEFA Champions League Final, leading to Ancelotti's second Champions League trophy as Milan coach and his fourth title overall, having also won it twice as a Milan player in 1989 and 1990. He also won the FIFA Club World Cup in 2007, the first manager to do so with a European club. Ancelotti announced his resignation from Milan less than an hour following their 2–0 victory over Fiorentina on 31 May 2009. 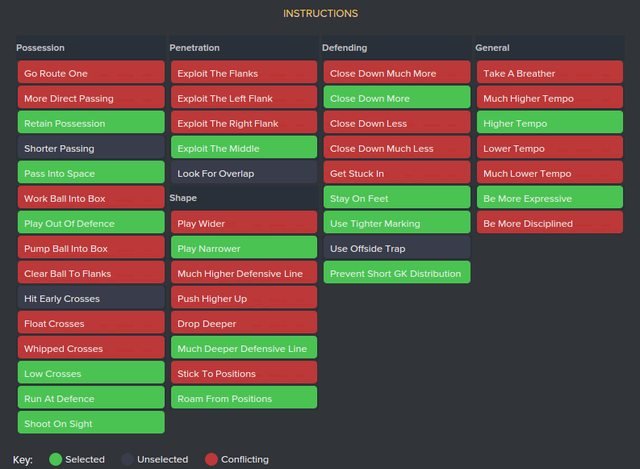 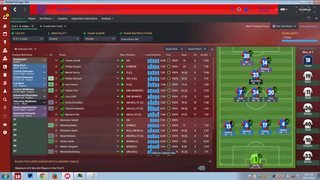 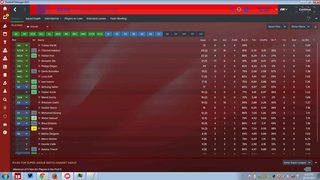 This was the complete opposite to my time with Chivas. Every single player in the squad worked hard to help the team to reach the heights that they were at by the mid season break. I constantly rotated my squad any players with condition under 96 were relegated to the bench. This guaranteed me two things. My team would always be fresh and there would be constant competition for play in my squad. 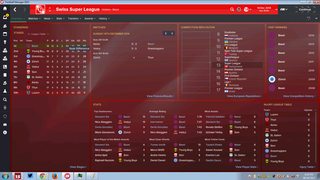 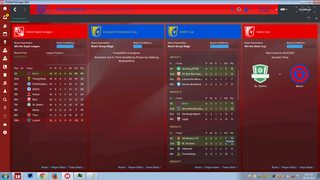 The only problem with this Basel squad was that majority of the players were slow players, some coming to the end of there careers. I gave them hope and purpose; they believed in me and for that they are top of the table with ease by Christmas. They repaid me by never complaining about tough training sessions or about not playing two games in a row. They were the best group of players I ever worked with on FM. 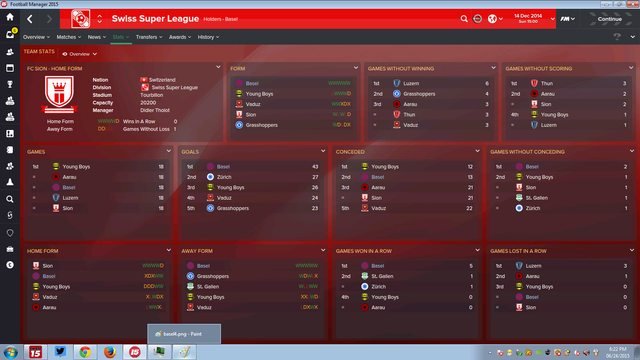 I will show you some of the results so you can see how the team performed using this tactic. 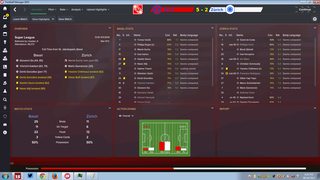 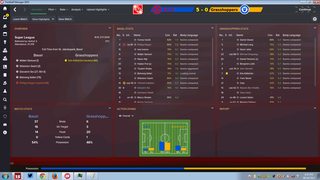 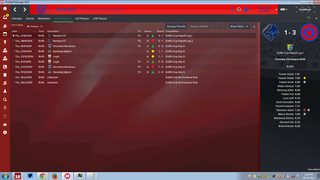 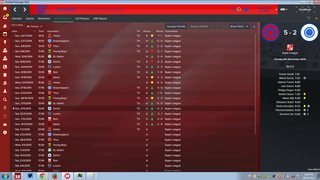