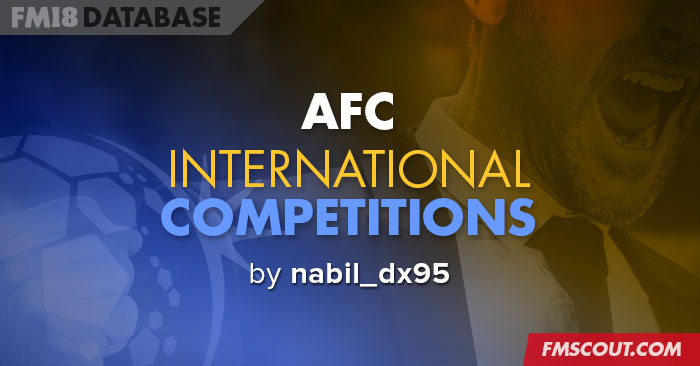 - AFC Nations League : The nation league (similar to the UEFA Nation League) for all Asian nations. The league consists of four divisions with promotion & relegation and is held every four year during the international fixtures’ windows after the FIFA World Cup with the finals held during international fixtures’ window in March & June the following year.
- AFF Cup : modified, to include Australia B team. The group stage now has 3 groups of 4 teams.
- EAFF Cup : modified, to include 9 East Asian nations. The group stage now has 3 groups of 3 teams.
- CAFA Championship : International competition for 6 Central Asian nations. Held every two year at the end of the year.
- SAFF Championship : The fixture dates are changed to end of the year.
- AFC Elite Cup : Winner of AFC Asian Cup, EAFF Cup, WAFF Championship, AFF Cup, CAFA Championship & SAFF Championship qualify for this competition. Held every four year in January.
- Pestabola Merdeka : Asia’s oldest football tournament held in honour the Independence Day of Malaysia. Eight random under-22 international teams from every continent around the world participate in the competition every year held in August in Malaysia. 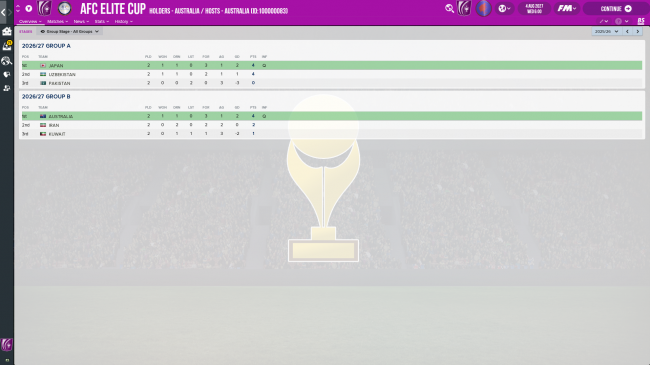 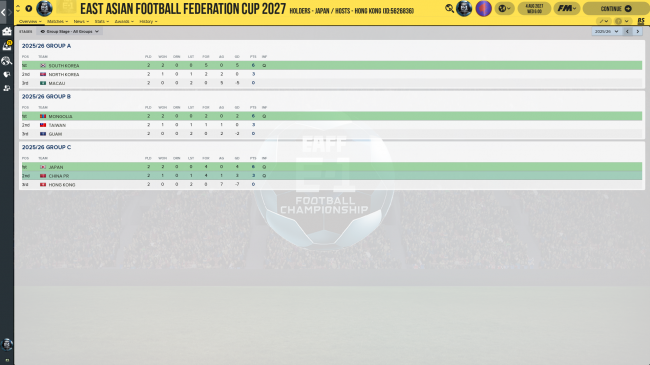 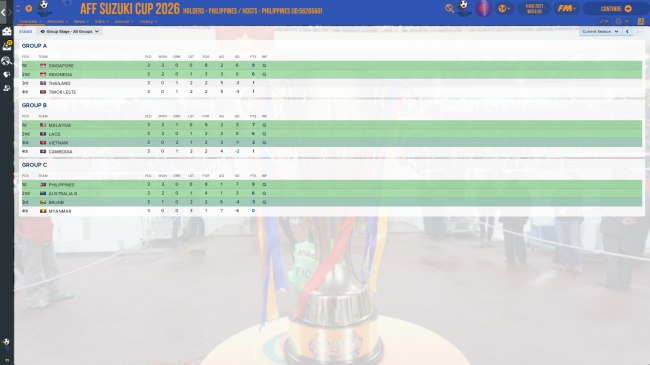 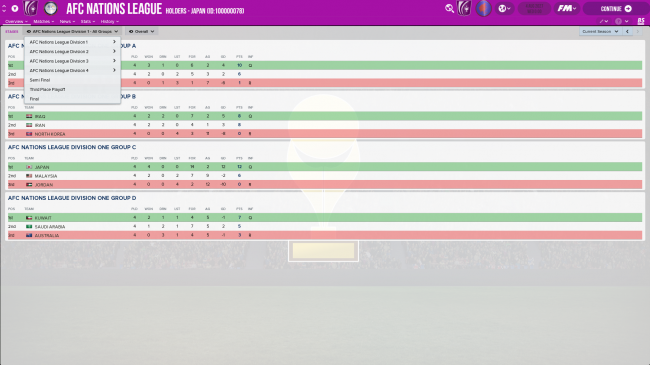 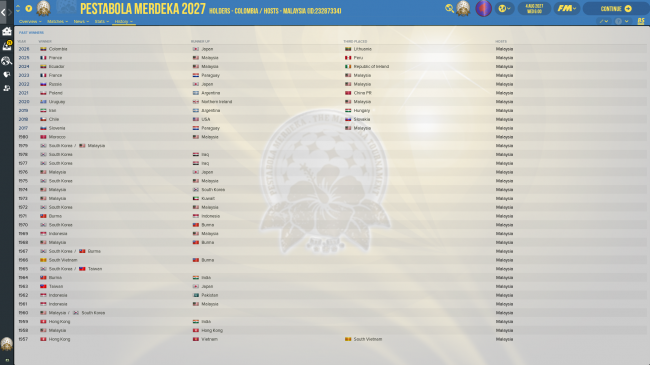 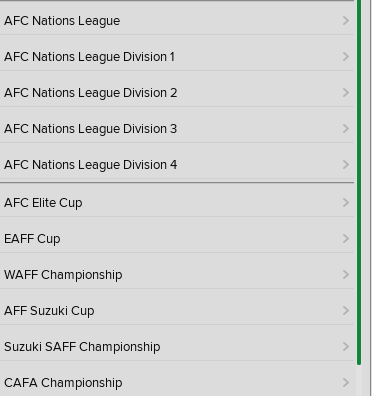 How to add AFC International Competitions on FM18