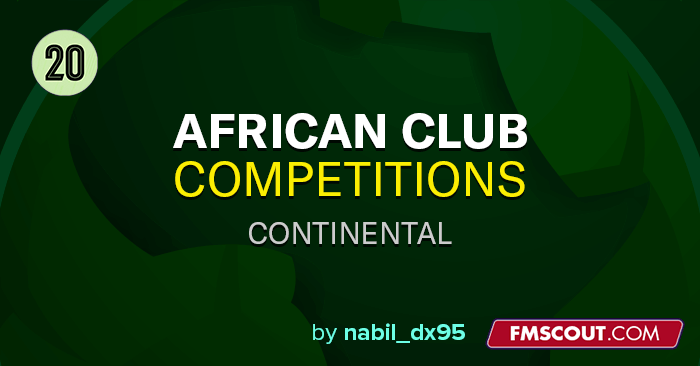 The format of the CAF Champions League is modified and expanded to mirror the UEFA Champions League with qualifying, playoff rounds, a group stage of 32 teams and knockout rounds.
All league winners in the continent qualify for this competition. The qualification places are sorted based on the divisions’ reputation. Leagues with higher reputation have more than one club qualify (best placed teams). The winner of this competition qualifies automatically for the next year’s group stage. The prize money is significantly increased to minimize the difference with European competitions.

The format of the CAF Confederation Cup is modified and expanded to mirror the UEFA Europa League with qualifying, playoff rounds, a group stage of 48 teams and knockout rounds. The losers of qualifying & playoff rounds & the 3rd place clubs from the group stage of the CAF Champions League enter this competition.
The winners of the main domestic cup of each nation qualify for this competition. Leagues with higher reputation have more than one club qualify (next best placed teams). The winner of this competition qualifies automatically for the next year’s CAF Champions League group stage. The prize money is also significantly increased.

The losers of the qualifying & playoff rounds of the CAF Confederation Cup enter the competitions. If there are none, the next best placed clubs qualify. Some nations also have the league cup winners that qualify. The regional club competitions are : -
The format of each competitions is a group stage followed by knockout rounds with reasonable prize money. Some competitions allow more than one team to qualify which is given to leagues with higher reputation (next best placed teams).

The winners of the CAF Champions League, CAF Confederation Cup and all 5 regional club competitions qualify for CAF Super Cup which is held at neutral venues in July and August every year.


Enjoy the custom files and your feedback are much appreciated. 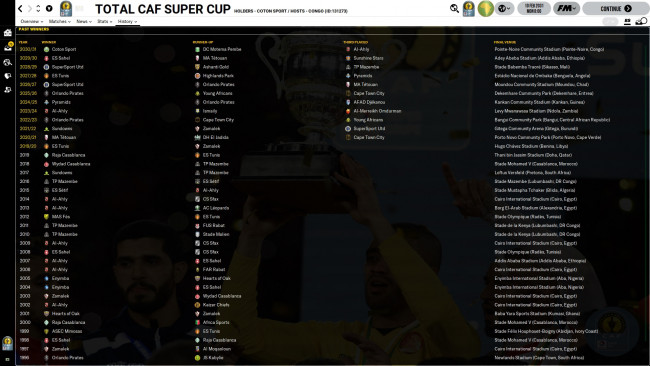 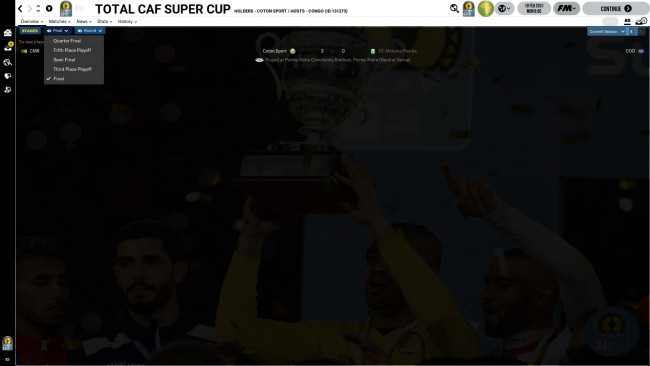 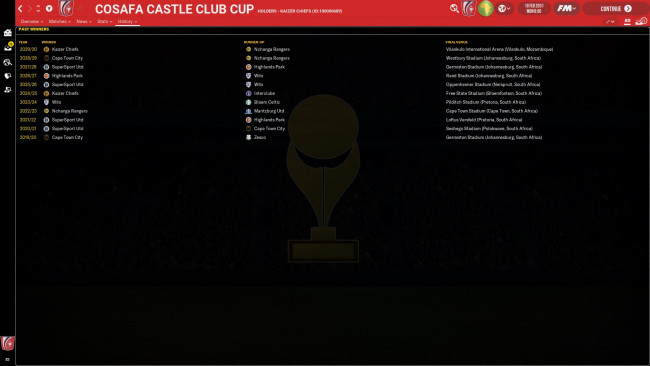 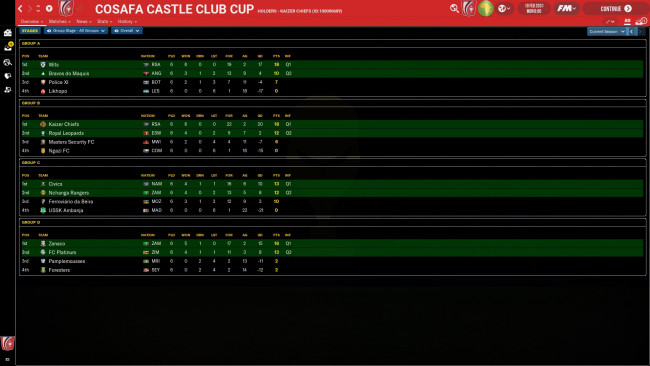 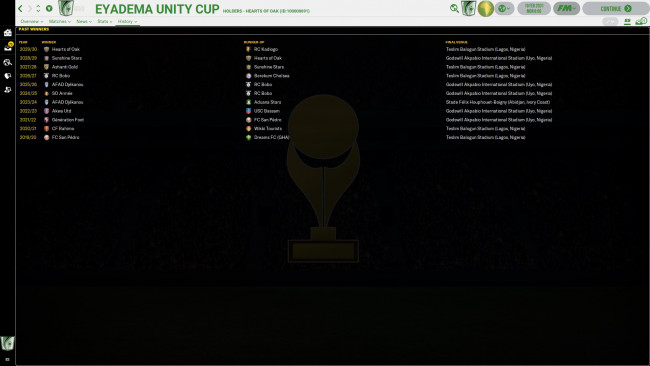 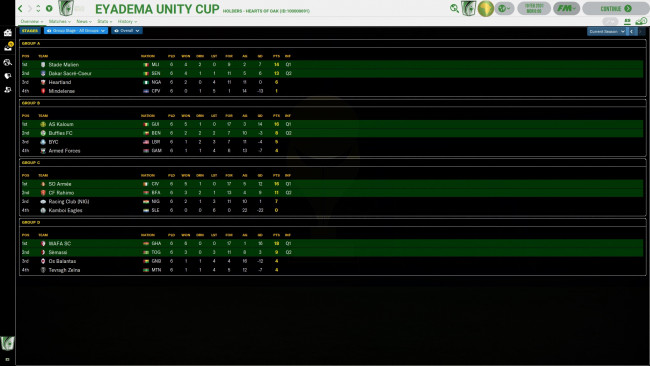 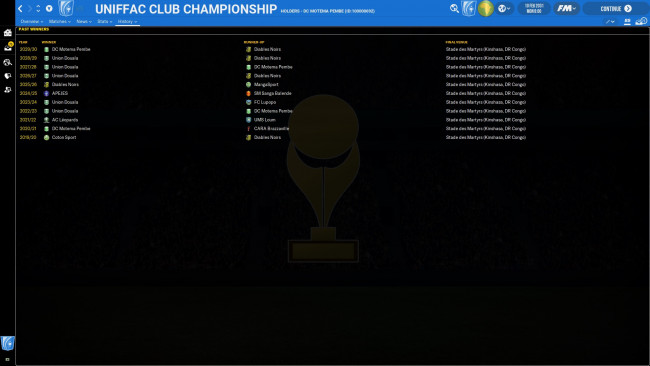 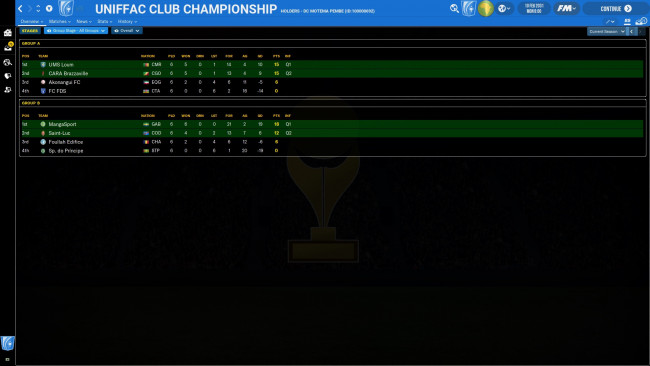 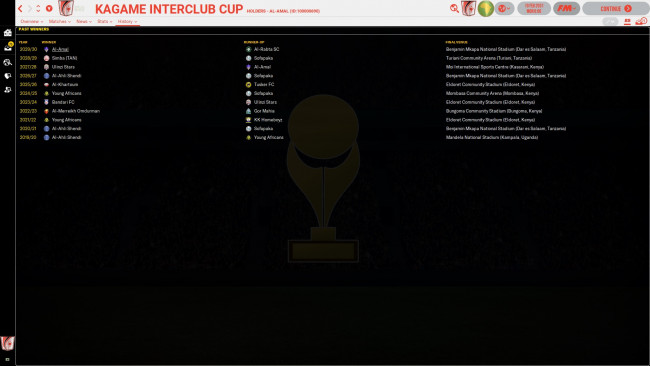 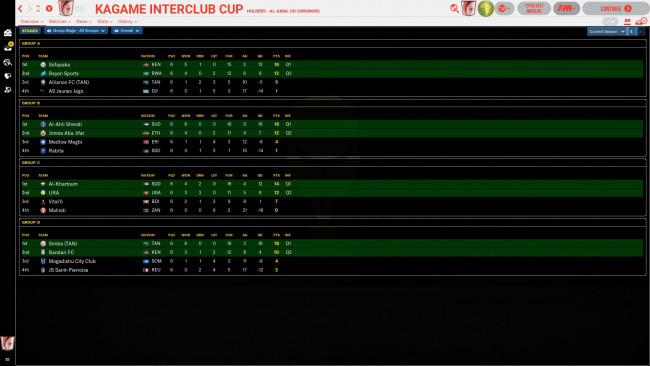 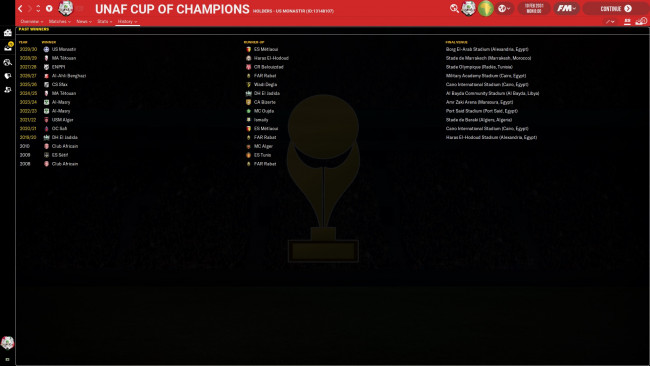 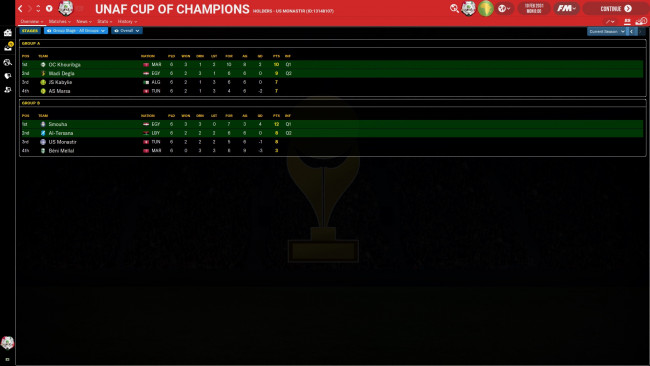 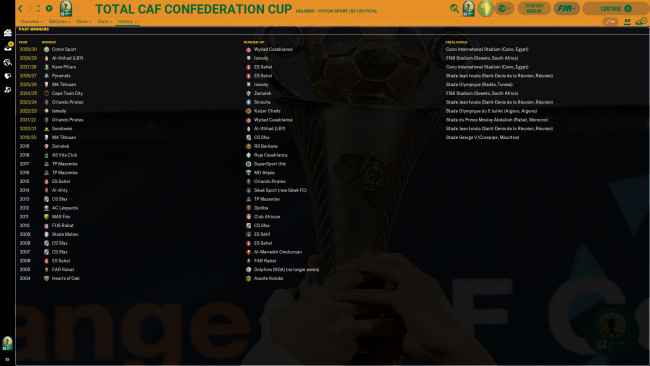 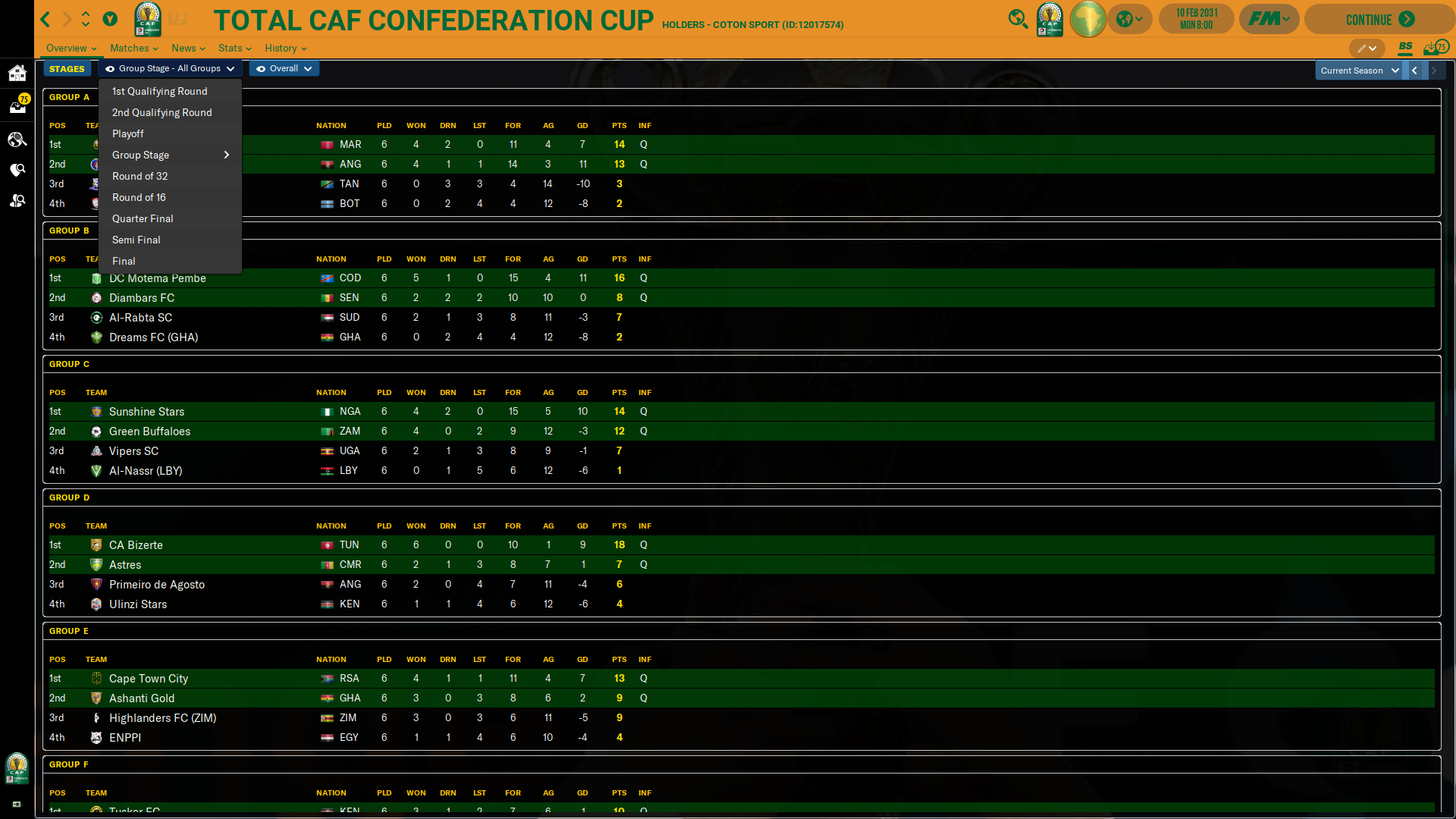 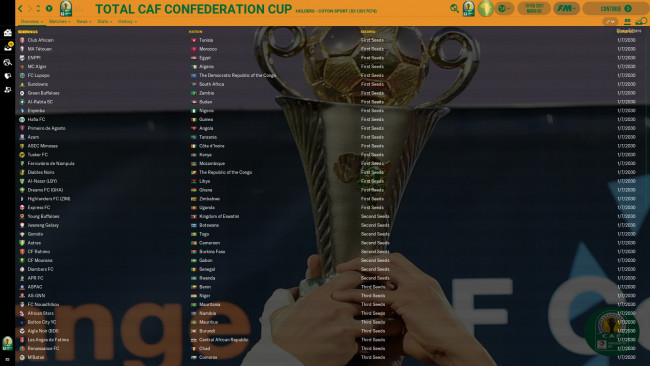 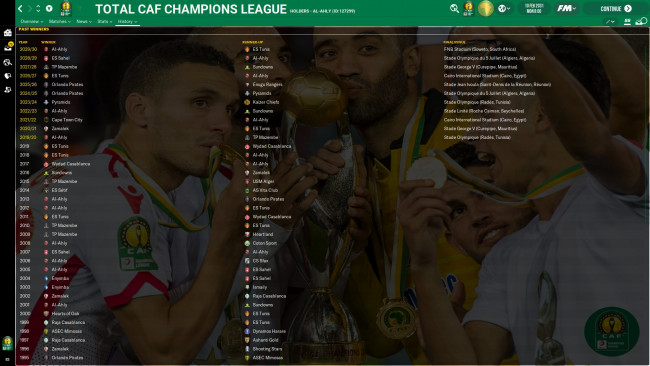 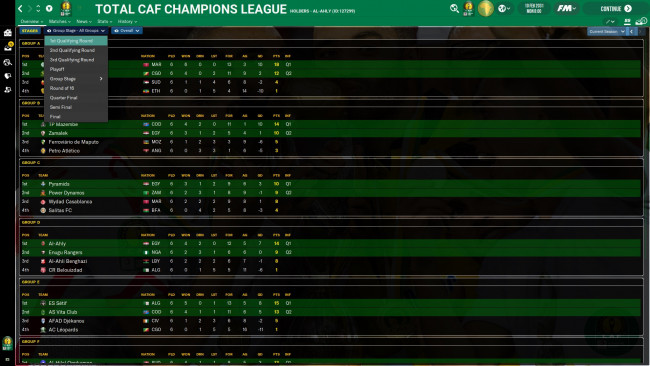 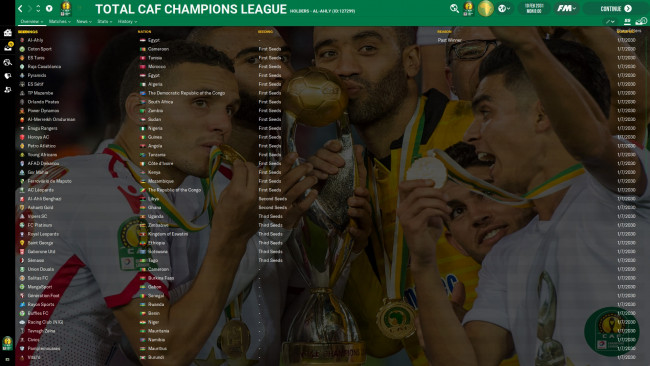