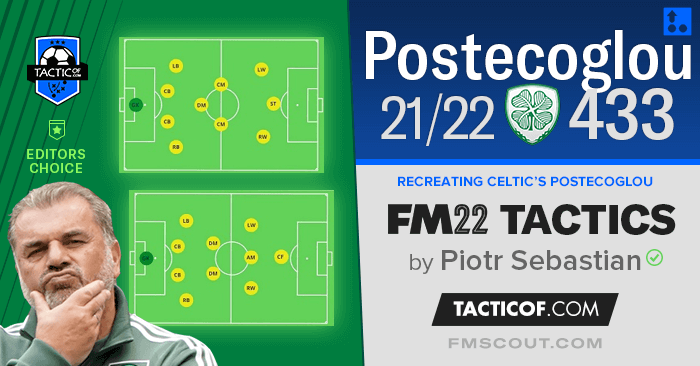 Postecoglou sets Celtic always in a formation with four defenders, but instead of ordering the full-backs to come out high and provide width, he requires them to often come down the center with the ball and assist the midfielders as inverted wing-backs.

Although based on their statistics it appears that Celtic play a 4-2-3-1 or at most a 4-3-3 formation, they mostly play with only one central midfielder in the pivot role (McGregor) when building the action.

This is a key position for Celtic Postecoglou both in the possession phase, when he supports the offensive and plays between the lines, but also after losing the ball, when he is entrusted with the tasks of actively fighting for the ball.

In the build-up phase it is the midfielders who dictate the tempo and manage the flow of the game. When the midfielders receive the ball their job is to break the line and only when further passing options arise do they not hesitate to play risky direct passes.

The pivot always plays deeper and even in the final phase of an offensive action he is in the spaces between the lines operating in the middle of the field.

Around the rivals' box Celtic is very aggressive, constantly rotating positions and aiming to get into free positions by all available ways. The eight in Postecoglou's team (Rogic/Turnbull) then acts as a space investigator, in which he actively rotates with other players and sometimes even to break the last line of resistance of the rivals, the eight tries to pull a defender out of formation. All this to create free space between the defenders.

An important role in this phase is also played by the wingers, who then descend actively from the side to the center and very aggressively towards the opponent's goal. These movements are also repetitive: wingers coming inside from far away and constant rotation in the center. 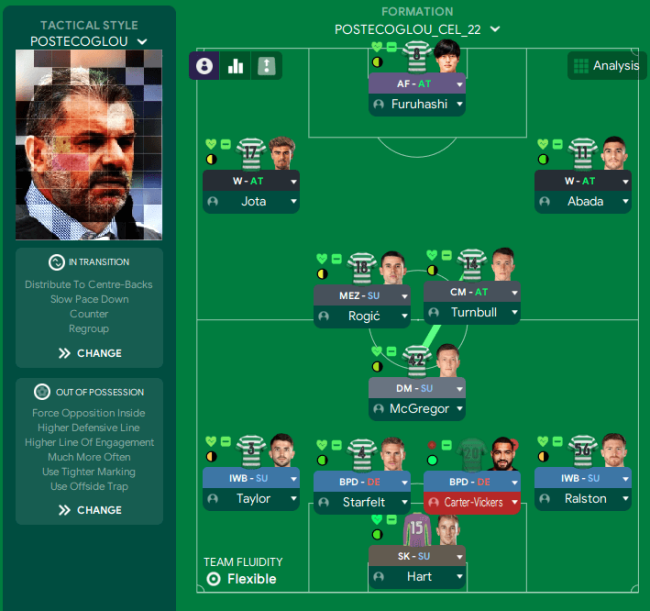 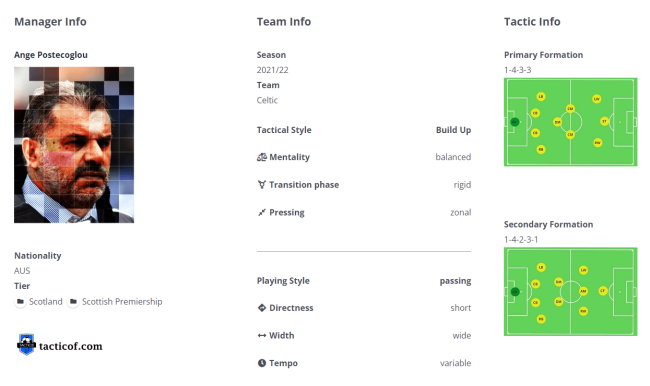