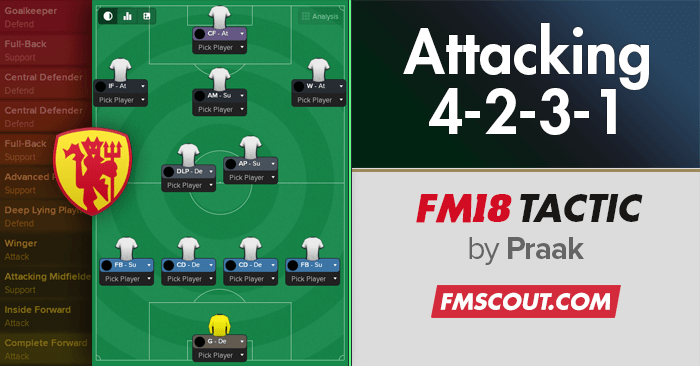 An attacking formation that I'm using for Man Utd. I have had major success with this formation and hope you do as well.

In just under 3 seasons I managed to win:

It has been a great success and I've enjoyed using this formation. I am yet to use it with any other team, but I feel that it will be just as good with other teams.

If a player is sent off, I recommend moving your attacking midfielder to the position and then subbing them, as the 2 midfielders are solid you shouldn't have too many troubles. Two of the best signings that I made was Leon Goretzka and Inaki Williams.
Leon Goretzka to play in the DLP role next to Pogba; they have created a great partnership over the past couple of seasons and are my rocks in the middle.
Inaki Williams to be used on the right wing as an attacking winger; has been more than amazing winning multiple awards throughout the months as well as the yearly votes.

I also brought in Virgil Van Dijk as a replacement for Chris Smalling, as I felt he could bring a lot more to the role as well as being younger.

In my second season, I was able to purchase Paulo Dybala who has been excellent over the past season and a half, not only has he bagged himself tons of goals, but he has also been great when playing in the attacking midfielder role creating a good partnership with Romelu Lukaku.

Alex Sandro was another purchase I made, as he could fit into the first team well and it meant I had Shaw as a reliable backup since I sold Marcos Rojo.

Pulisic and Weigl are two recent signings I made, and they are already proving themselves with Weigl dominating my rotation squad and Pulisic getting his share of goals and assists.

One final signing I'd mention is my backup keeper/hot prospect Alessandro Plizzari. He has been tremendous in cup games and I've even used him in league games as he was in such good form. I have the general focus on attacking with a high intensity and the match preparation on defensive positioning with a rest day before and after the game. 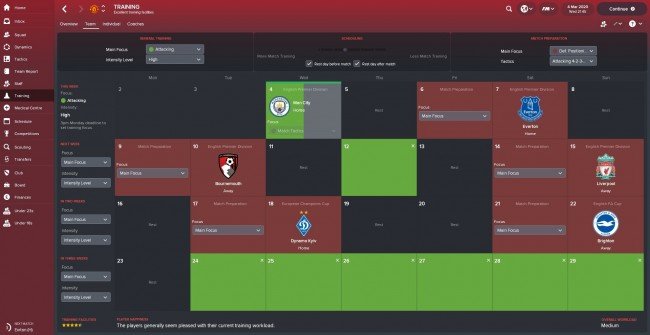 I would suggest having your assistant manager be in control of the opposition instructions.

As stated above I've only used this formation with United, but in the 2 seasons I've been at the club it has yet to fail me and I hope you can all find the same amount of success I have had whether it be with United or another team.