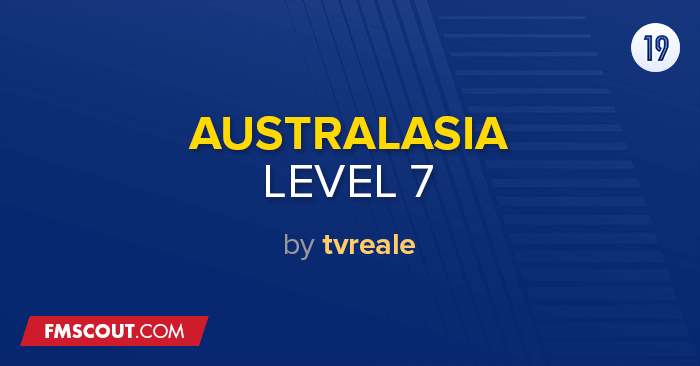 A database including up to 7 tiers and subdivisions in 'Australasia", containing clubs and leagues from Australia, New Zealand and many Pacific Island nations.

Separate Australian and New Zealand domestic cups and Super Cup for the winner of each.

How to add the Australasia Nation Leagues on FM19

2) Drag the file into your "Editor Data" folder. located at \Documents\Sports Interactive\Football Manager 2019\editor data. If this folder doesn't exist, create it.

3) Open Football Manager 2019 and start a new career, In the top right of the screen, under "Database", make sure this Data File is selected.