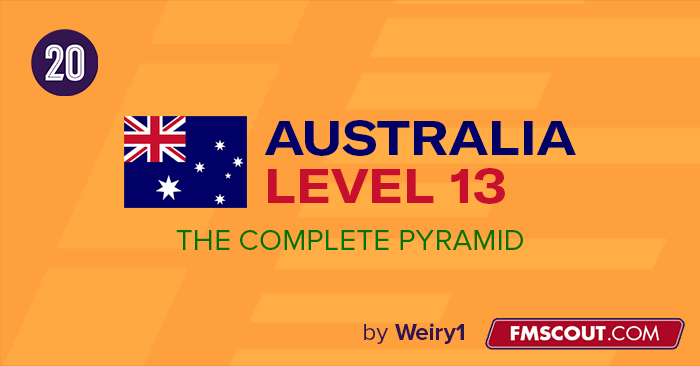 This file fully activates the Australian football league pyramid with the correct structure and rules from the 2019 as well as some updates for the 2020 season. 179 Leagues across Australia are playable for Football Manager 2020.

All NPL competitions are based off 2020 structure while the majority of the regional leagues are still based on 2019.

End of year finals series for each division isn't included due to errors and a lack of time.

There are some issues with FFA Cup that aren’t necessarily save breaking but may hurt the realism such as the winner of NPL Final Series doesn’t qualify for FFA Cup (I’m currently trying to fix this but until then South Australia get 2 places instead of their real life 1) + a few other things.

I suggest Add Players to Playable Teams to be ticked.

If you notice any errors or bugs please let me know and I’ll try to fix as soon as possible.