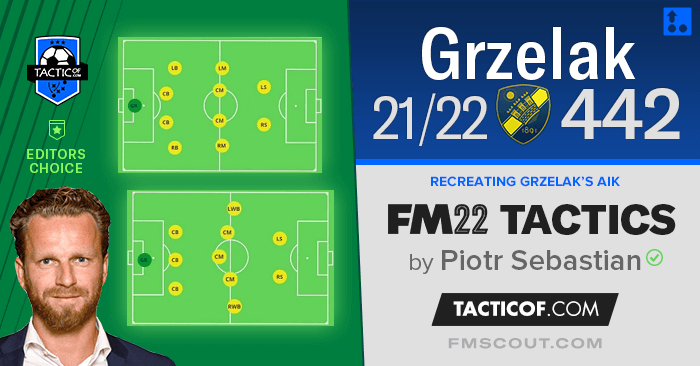 Bartosz Grzelak, a Swedish coach with Polish roots, preferred AIK to play in a 4-4-2 set-up with few matches in which he experimented with 4-2-3-1 or even 3-5-2.

Grzelak’s style is characterised by direct play with a longer ball and good organisation in formations, but above all by avoiding positional play, limiting players’ individual freedom and simplifying passing combinations.

In defense they press high and aggressively moving through the zone in an organised manner. In the high block they always set up 4-3-3 with a large distance between the lines pressing the opponent’s central defenders and compacting the middle, but leaving plenty of space to play between the lines.

An important role with such a pressing scheme is played by central midfielders whose horizontal mobility is guaranteed to provide good covering and pushing the rivals outside. The close proximity between the side defenders and the wingers ensures that the team is well protected in the wide areas.

The conscious and planned avoidance of positional play in the offensive forces more frequent play in wide areas. A key element of AIK’s attacking scheme is to rely on a lot of fast direct passes in the centre of the pitch.

In the first phase of building up the attack they move from a 2-2 to a 3-1 shape moving the central midfielders to play in the half-spaces. The side defenders position themselves wide and come up higher taking over the role of the wingers, while the two wingers usually drop into the half-spaces. 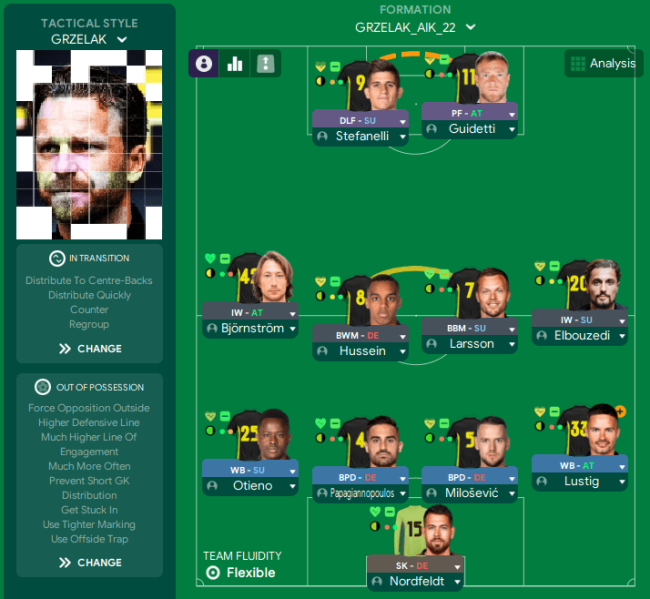