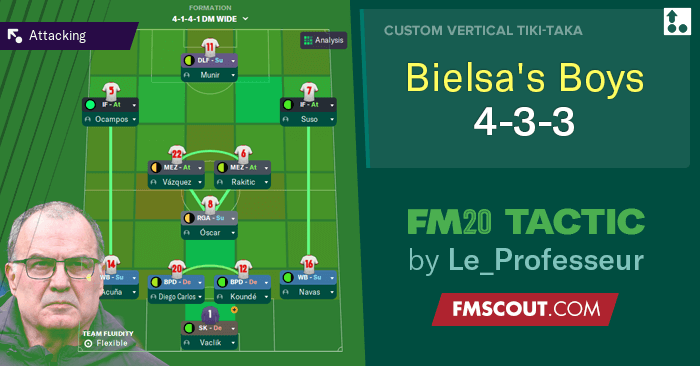 Needless to say Bielsa has inspired many with his antics, El Loco certainly lives up to his name.

I won't give you the same spiel about his methods, madness and what not - I am fully aware of the many Bielsa inspired tactics that exist, and I'm not claiming this to be the best either, it's just damn fun to watch and play.

Simply put, Bielsa believes that players shouldn't have a set position (as demonstrated countless times throughout his career), most recently playing Tyler Roberts, a striker by nature, in the CM position alongside Klich - or even Helder Costa, an attacking winger, often being deployed in the center to maximize threat going forward. His former assistant, Pep Clotet, once said “Marcelo Bielsa tended to play the attacking players in deeper positions because a player with attacking mentality gives you consistency in the attack and improves the output of the ball.”

And that's precisely what I was going for with this tactic. Absolute attacking havoc from the middle of the park, the two mezzala's on attack pushing wide and forward while the inside forwards drifted creating chaos for the poor opposition trying to defend against this madness. To make matters worse they then have rampaging wing backs to deal with, who just love a good cross, and a tricky regista pulling strings like a puppeteer in the middle of the park. 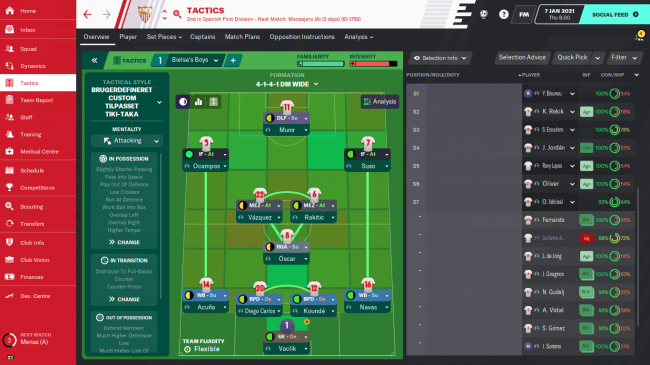 Tested first with Leeds United, of course, we achieved a respectable 7th place finish but with some insane results: 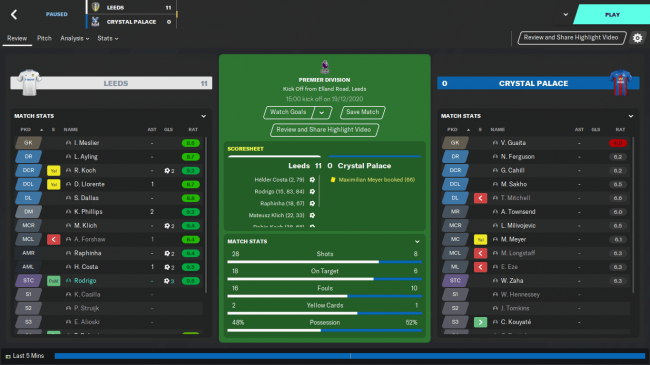 With player performances being pretty strong for a newly promoted side: Then came a year simming this tactic with Lille, another one of Bielsa's old boys, with degrees of success - 3rd place finish, with the mezzala's grabbing 12 goals a piece. But, in true Bielsa fashion, an end of season slump slowed them down and disappointed (with rotation and squad depth I'm sure this would not happen).

I then tried it out with Sevilla for a season, re-training Oscar as a regista with outstanding results and really pushing for the title: 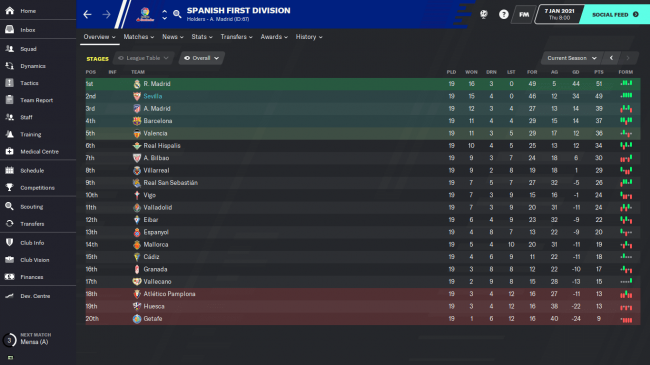 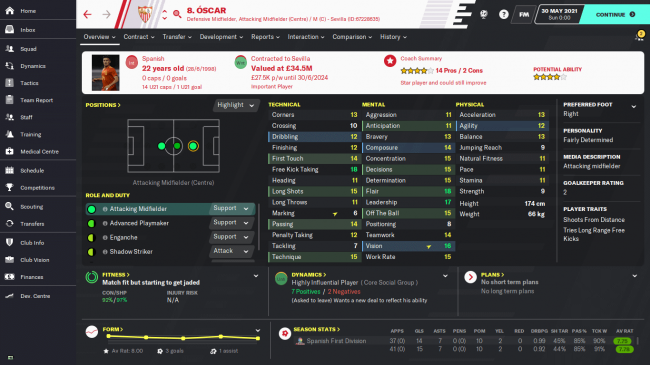 Rakitic simply dominated the league in the mezzala role, and both inside forwards shone throughout: 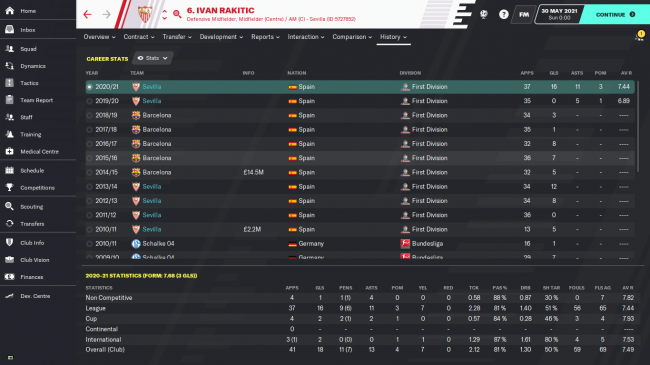 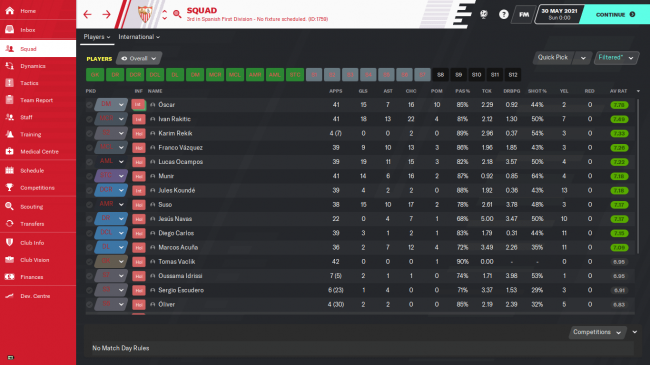 Again, in true Bielsa form, a second half slump resulted in the final 19 games ending with 11 wins and 8 defeats, thus ending our title hopes: 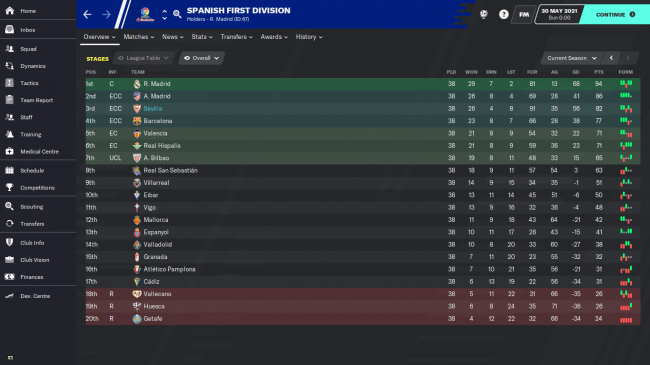 But boy of boy was the play scintillating!

Currently playing a season with Arsenal and so far Xhaka is storming it as a mezzala (6 goals in 5 games), AMN is keeping Partey out of the side with his insane performances and young Charlie Patino has stepped up to make the regista spot his own (averaging 7.5 each game). Saka has 5 assists in 3 games as a LB (while Tierney was injured) and the play has been joyful to watch.

Also currently simming seasons with Leyton Orient and NEC in Holland with this tactic and both are dominating their divisions so far with players of far inferior quality.

This is the first tactic I've ever created, and it was originally based off of Knapp's 'Fire and Water' before I realised the AMC was too ineffectual. I can't guarantee you will win titles, but man will you enjoy the football on show!