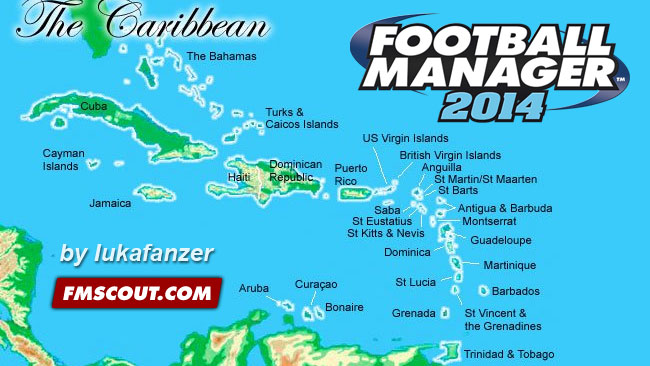 Every year I hope that the database of SI would be improved even more, but I realize that is not so.
Every year, update the database ONLY championships of the most famous continents, leaving a lot of teams and NATIONAL TEAMS without players, is something unbelievable and shameful!

Some time ago, I got to see, download and try the African database created by FuryG and hit me greatly. Both for the mammoth work he has done, but also for the dedication that has made and it was really bad to read some comments from other users calling it a useless file... Ok, it has so many errors such as double players, but has managed to include in the database 5000 players!

Now, starting from this idea, I did something even I, but on a smaller scale.
I can understand (to a point) to see the championships of the Caribbean nations don't have players, but I was shocked to see that even the national teams have maximum 4-5 players! And most of them are up to date until 2009!!!

Here begins my little "revolution" thanks to sites such as Caribbean Football Database, TransferMarkt, Wikipedia etc.
I updated the database adding just under 2,000 Caribbean players.
Finally if you wanted to train the Caribbean islands, now you can do it!

Version 3.0
With this new file I update some caribbean clubs with full or some players, current and potential abilities, national appearences, date of births, club colors, club full names.

The clubs updated are:

Extract the downloaded file Caribbean database 3.0 by lukafanzer.rar using 7-Zip for Windows or The Unarchiver for Mac.
You'll get the "Caribbean players.dbc" file.

Move this file to your editor data folder:

Create the "editor data" folder if it doesn't exist already.

When creating your new save, load all players with Caribbean nationalities to ensure you have all available real players in the database: