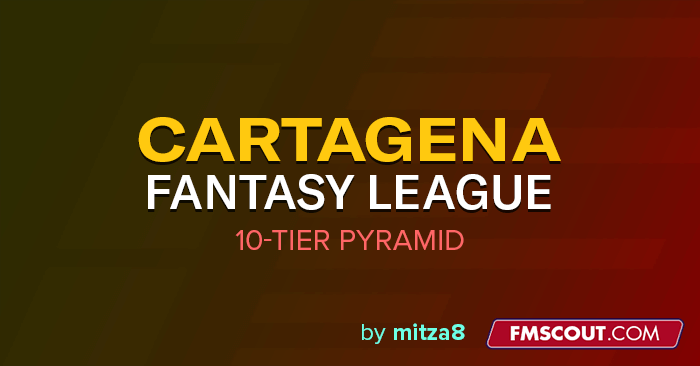 In a fantasy world, Carthage rises to conquer Gibraltar and colonize the empty Saharas. Today, its people find entertainment in football. Its rich cities have given birth to hundreds of football teams, but only 20 can play in the Liga Royale, with the others having to rise through the ranks of the 9 leagues to get a spot. The Champions League and Europa League welcome these new challengers that will have to get out of coefficient hell.

It all began in FM13, when I created my custom few teams that then became a 16-team top-tier league in El Salvador.
I then moved to FM16, where I wanted to bring my project as well, so I took it a bit further and created an 18-team league, each team with its authenticity, logo, rivalries and history.

When I moved to FM19, I wasn’t sure if I wanted to do it all over again, but I couldn’t help it. I then stumbled upon u/notaquarterback’s post about his own fantasy league, which was much bigger - the Neloxia leagues. I said I’d use it as a base to add my own teams. But a few months and 40+ hours later in the editor, I created a completely new fantasy structure, with over 100 teams, over 100 stadiums, over 200 cities, kits, colors, players and staff.

The big 4:
- San Ramirez - the Barcelona of Cartagena. A rich, elegant and respected team, but rivalled by everyone in the country.
- Usulutàn - the blacks. An imposing team with german roots. Solid, strong and scary.
- Santa Ana Alzate - los rojos. A sleek, likeable team that respects Cartaginian origins
- Delgado Sariñana - The lowest but the richest of the 4. While shaky at times, its spendings on big names pose a threat to the title every year.

Keep an eye on Estudiantes, a team that fell into the 5th league, but is one of the fiercest in the country. They recently gained funding and they are looking to take their righteous spot in the Liga Royale.

I assigned unemployed managers and staff to the first 2 leagues based on the team style, so it should be a very fun battle to play. I also added some free-agents to teams here and there.

It takes a hell lot of time to do team colors and kits to every team so if you are interested in the 7-10 leagues you won’t have much variation unfortunately :(. 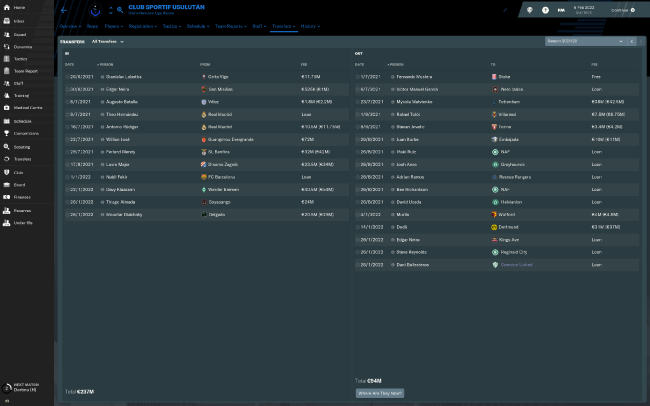 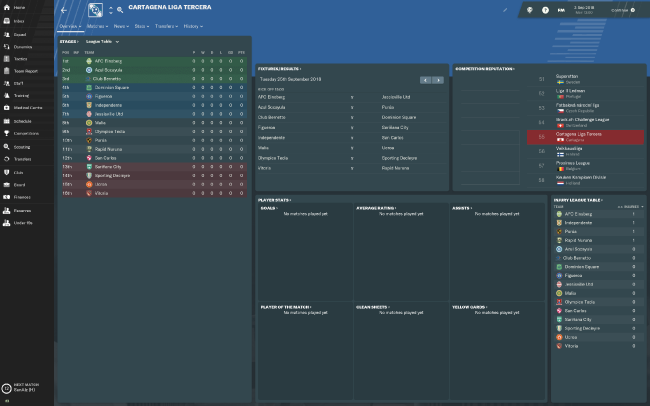 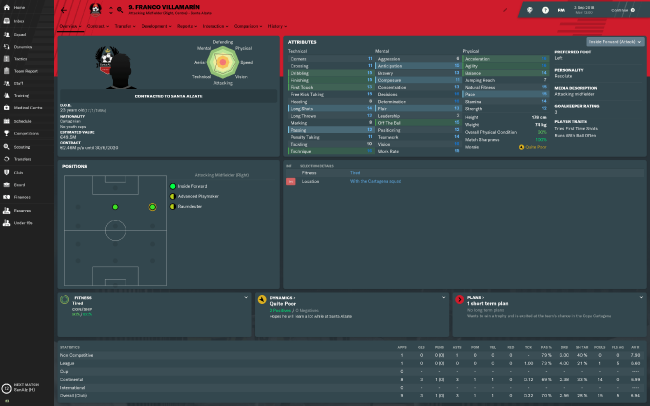 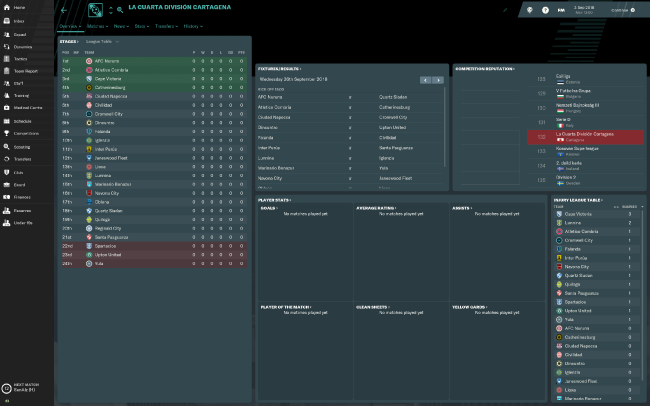 Logos:
I created logos for most L1 teams (and some random others), but it takes a lot of time to make more. I highly encourage you to use them as they improve the experience, but keep in mind that some transfer updates might break them.

To add logos: Go to documents -> Sports interactive -> Football Manager 2019 -> graphics -> logos and paste the file. If the folders graphics and logos don't exist, you can create them

Again, huge credits to u/notaquarterback on reddit for his amazing league and letting me use it as a base for this project.