Francesc Fàbregas Soler, commonly known as "Cesc", one of the greatest Spanish midfielders I've ever seen. His creativity is out of this world, his ability to dribble past players with so much ease is rare. He has a great goal-scoring record for a midfielder. Cesc is truly a world class player, produced by both La Masia and Arsenal, but where is home for Fabregas? Where is the place he can say to himself "I want to retire at this club"? Sit back and enjoy the read as I try to explain where I think his true home is... 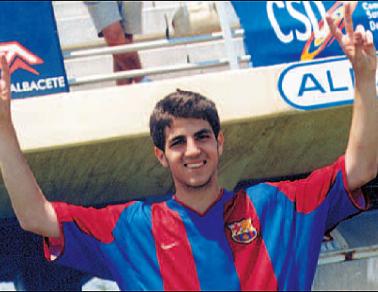 Born and raised in Arenys de Mar, Barcelona, Catalonia, Cesc was a childhood supporter of FC Barcelona. His love for the club began to evolve at a very young age, as when he was nine months old his grandfather took him to watch his first FC Barcelona match. Cesc didn't actually start his career at FC Barcelona, but at CE Mataró, a local team in Catalonia. The beginning of a magical journey started in 1997, the year Fabregas joined the famous La Masia academy. At this point he was only ten years old. How was he spotted? The coach of CE Mataró knew Cesc had unbelievable talent and didn't want him to get spotted, especially by the biggest team in Catalonia, Barcelona. Eventually, Cesc was discovered by Barca and was allowed to train with them once a week. After a while he joined the academy full-time. The Spaniard started off as a defensive midfielder, training and playing with other children, soon to become superstars, such as Gerard Pique and Lionel Messi. Fabregas scored 30 goals in various seasons and even more than 30 in others, all as a defensive midfielder. All throughout his childhood Cesc idolized one man, Pep Guardiola, who was the captain while he was in La Masia.

Next came the most important period of Cesc's career, the move. On the 11th of September 2003, Francesc Fàbregas Soler joined Arsenal's academy. At first Fabregas found it hard to adapt but quickly became friends with Spanish-speaking Phillipe Senderos. While he was a La Masia player he looked up to Pep, but once he signed there were more players to idolize. Cesc looked up to the likes of Patrick Vieira and Gilberto Silva, who were extraordinary players and defensive midfielders. Learning English wasn't too much of a problem for the midfield maestro. Fabregas was not really played as a defensive midfielder, but as a deep lying play-maker. He then went on to make history, as he became the youngest ever goalscorer for the club, scoring in Arsenal's 5-1 victory over Wolves. The 2004-2005 season was his breakthrough season. Due to injuries to Edu and Gilberto Silva, Cesc got more playing time in all competitions. This eventually led to him signing his first professional contract. That same year, United ended Arsenal's 49 match unbeaten run, much to the anger of all Arsenal supporters, players and staff. He then sparked what is known today as the "Battle of the Buffet" by throwing a slice of pizza at Sir Alex. For many years Cesc remained loyal to Arsenal, Madrid trying signing him but he turned them down. Fabregas became the most important player at Arsenal when Henry departed to Barcelona, much to the dismay of myself and other Arsenal fans, but this was another turning point in his career.

Now being the new golden boy of Arsenal, Cesc had to step up his game, and he did. In 2008 he won the PFA young player of the year award and was named in the PFA Team of the year, alongside with being named Arsenal's player of the season. Shortly after William Gallas was released by the club, Fabregas was given the captaincy. Sadly he was ruled out for a few months due to a horrible injury to the knee. The 2009-2010 season was a year to remember for Cesc and all Arsenal fans. Cesc played Barcelona for the first time since leaving the club in the champions league. At one point he was brought down harshly by Puyol in the penalty box. He eventually picked himself up and scored the penalty, but as a he picked up the ball he started limping, the damage had been done. Cesc suffered a leg fracture. Arsenal were knocked out of the champions league once again. Fabregas still had the world cup to look forward to. Spain ended up winning the tournament and then it happened. As they were celebrating, Puyol and Pique forced a Barca shirt on Cesc, to add to all the speculation that he would be returning. The following season he did exactly that, breaking the hearts of thousands of Arsenal fans and joining his childhood club FC Barcelona in the 2011-2012 seaxon. 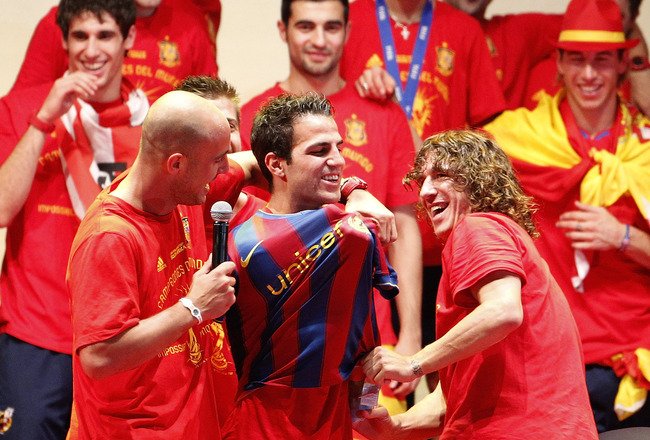 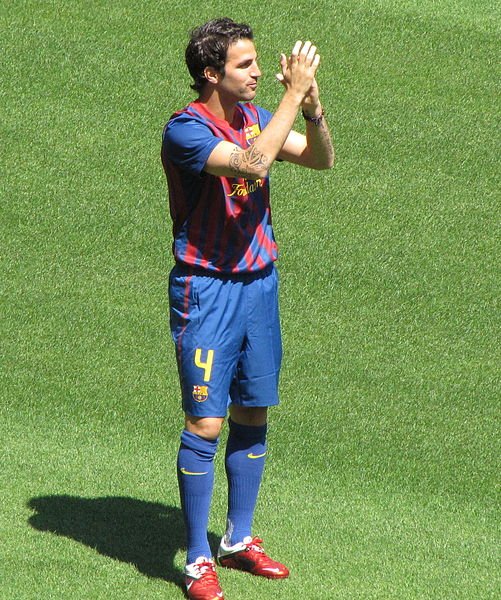 To Cesc's delight he would play under his childhood idol, Pep Guardiola. However things wouldn't turn out all dreamy for Cesc. At Arsenal he was the golden boy, the star, the main player. At Barcelona he faced heavy competition, with the likes of Messi, Xavi and Iniesta being ahead of him in the pecking order. He still made appearances but not as regular as he would for Arsenal. Barca won plenty of trophies but you could see the frustration in Fabregas, he was missing something. Injuries started to get the better of Cesc adding to his frustration. Eventually Fabregas got a regular run in the team, making appearances in all competitions. His scoring record was still the same, unbelievable for a midfielder. He ended his first season back at Barca scoring 15 goals and making 20 assists in 48 appearances.


Cesc's second season, the 2012-2013 was not a very good season. He suffered various injuries and found himself on the bench on many occasions. He even publicly complained about his lack of starting appearances under Tito Villanova. Suddenly people realized. When Fabregas was sold for 35 million to Barcelona, there was a clause in his contract, a buy-back clause of 25 million. There was also another clause, if Barcelona wanted to sell him, Arsenal would get first choice. The speculation began to intensify. Would Cesc return to Arsenal, would he come and help them end the trophy drought. Cesc did what all professionals do and got on with his career at Barca but he was still missing something...what was he missing, he was missing home.

Cesc's real home is Arsenal football club. The club that transformed simply a player with unbelievable talent, to a world class player. The club that gave Cesc his first taste of captaincy. The club that made Cesc their golden boy, and all the supporters loved him. The Barca supporters hate Cesc and want him to leave the club, they feel he's a waste of space. Meanwhile Arsenal fans would do anything for him to return home. Now they've brought in Neymar, Cesc will definitely not start. 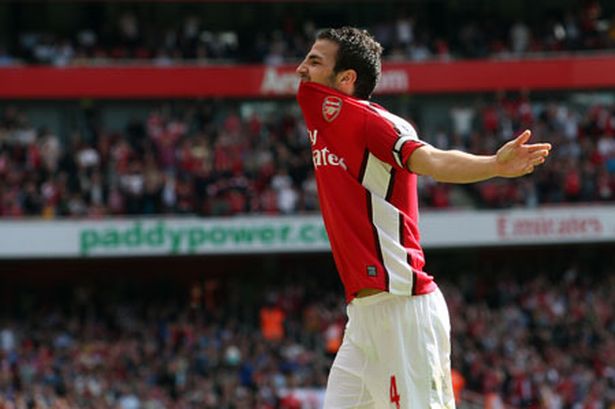 Discussion: Cesc: Where is home?