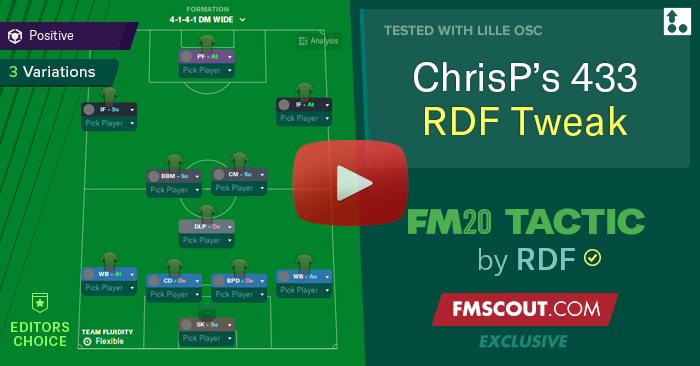 TAA Very Much! 433 By ChrisP tweaked by RDF

This tactic plays with a more controlled mentality, with both his full backs looking to effect the game higher up the pitch, both central midfielders looking to add some solidarity whilst the box to box has the license to roam and striker on being the main source for goals. This meant his side can be offensive. 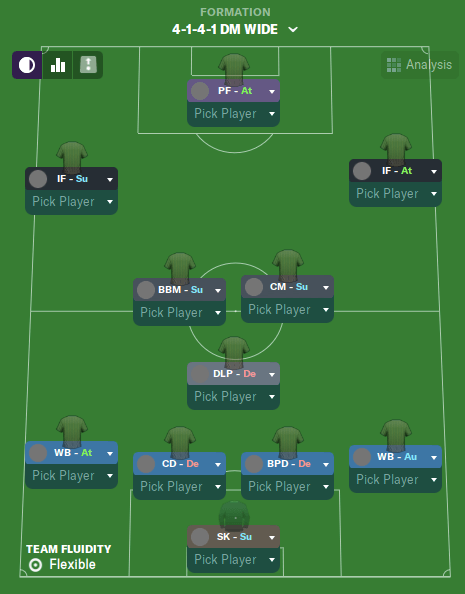 Both fulls backs do act differently. The right back is the more traditional wing back whilst his left back will be very attacking. The idea behind this is so the tactic can form scoring opportunities and not be to predictable.

His two wingers are asked to be inside forwards, cut inside to either provide a scoring chance or score themselves. But one is more attacking than the other. The RW also shares the responsibility of scoring goals with the ST, as the LW must be able to get back as well to help the full back. Effectively to protect the the roaming box to box midfielder too.

The lone striker, will look to stretch the play by moving into channels, making it impossible for defenders to deal with. The box to box midfield and striker will always look to the stretch the oppositions defence.

Lastly, the DLP! The diving force of the team. As the playmaker, He looks to collect the ball from deeper positions to control the teams tempo. He is asked to sit in front of the defence to protect and help prevent any counter attacks.


This tactic plays with a high line and higher line of engagement. The aim was to close down the opponents as soon as possible and to squeeze the midfield making it difficult to play through.

Training schedule included SHOULD be used!! 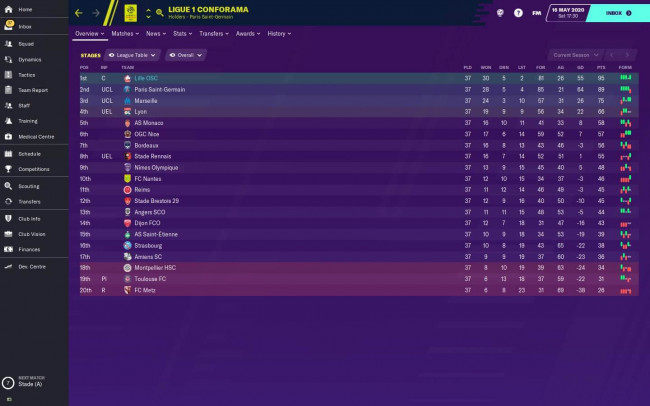 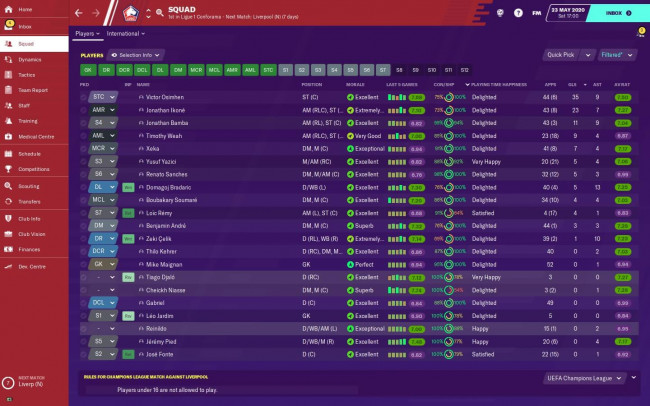