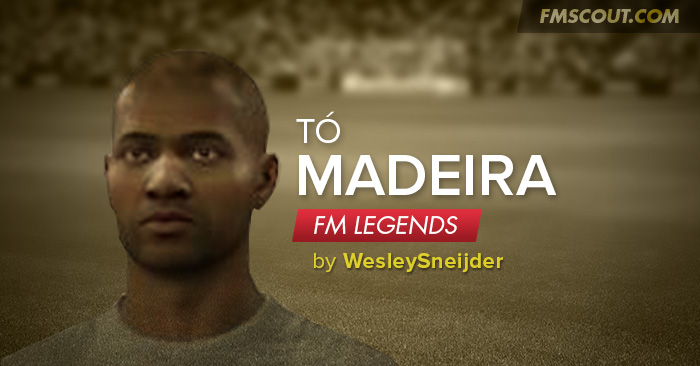 Many, if not all Championship Manager 01-02 players will know of the legend that is Tó Madeira. Starting off in Portugal with Gouveia, he can usually be signed without the need for a work permit for no more than 400k. Madeira makes an immediate impact and will struggle to score less than 20 goals in a season (playing time dependant) and always has a season average rating of 8.00+. That said, did he do anything in his career?

What if I told you he isn't real?

Yes. Upon the creation of the game, one of the developers decided to implement a "cheat player". It wasn't a foreign concept: the first cheat players appeared for Cambridge United in '93 after the first season. His name, as you might be able to work out, is named after one of the scouts assigned to Portugal named him after "to Madeira", the city in Portugal (same place as Cristiano Ronaldo's birthplace). One record from The Telegraph, (yes, The Telegraph cares about this game), states he scored 67 goals in a season.

Even though he isn't real, he still lies as arguably the most famous player in the game.

And that, my friends, is the short-lived story of the legend that is To Madeira.