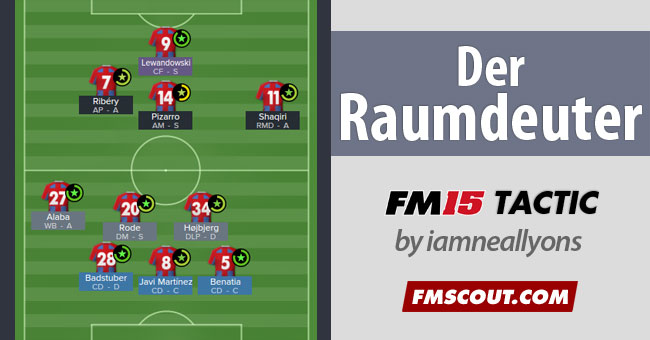 Firstly let me start by introducing myself a little bit, I've been playing FM since the days of CM and since the age of around 14/15 and I'm now 29!

I wanted to try and start something this year by uploading my tactics and then see where this takes me maybe into doing a FM YouTube career channel or story-blog etc.

So here we go, the first tactic I'm uploading is my attempt to replicate the Pep Guardiola philosophy/style that Bayern Munchen currently employ. This fluid sort of formation is quite difficult to replicate on football manager so it has taken me a bit of time "tinkering" with it to get it to a point I'm happy with. After watching Bayern in various games I ended up coming to the conclusion that in possession they attack with a 3-3-3-1 formation and out of possession a 4-2-3-1, so here are some pictures to back up my research... 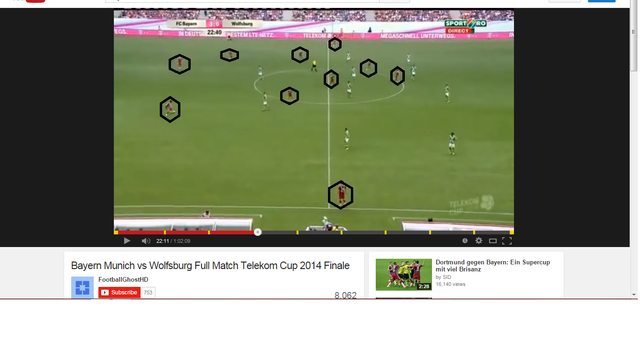 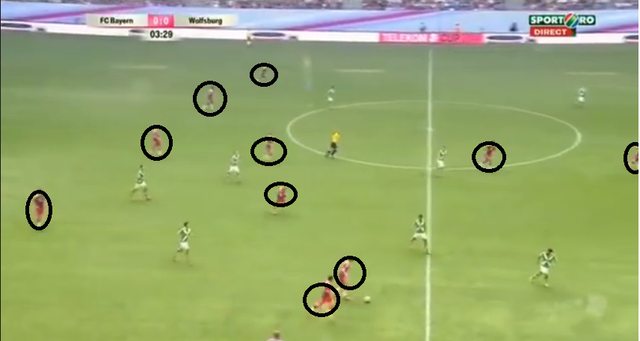 So taking all this into consideration this is the formation which I have come up with which I feel best reflects the shape of the side... 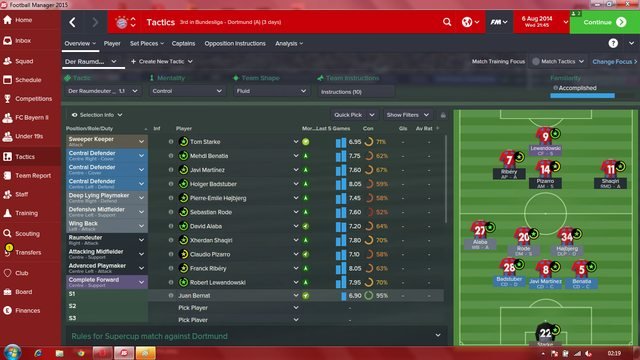 
SK-A, its common knowledge Manual Neur tends to push out and sweep up at the back and looks to make a pass.

CD-D, three players on the left side of the field lets the central defender break up plays and also in the defence role allows him to cover for the WB who might not be in position yet.

CD-C, set to cover because the right flank is left exposed so the central CD drops back to cover the right CD.

CD-C, the right CD set to cover to drop in and cover for the Raumdeuter playing higher up the field.

WB-A, provides width down the left side of the field but also set to close down less so he can drop in to create a back four when the side loses possession.

DM-S, tends to sit and link between midfield and attack

DLP-D, links the defence to attack and provides direct passes to the attacking lines, set to defend to provide extra cover on the right flank which is exposed.

AP-A, freedom to roam, closes opponents down, gets out wide to make crosses and provides short interchanges.

AM-S, freedom to roam, closes opponents down, more direct passes and moves into channels to stretch defence - set to support so he stays in the hole and links with midfield and attack.

RMD-A, hugs the touchline and finds space to be most effective, set to close down opponents and generally be a nuisance.

CF-S, set to support so the cf drops deep plays link passes to the forwards around him and moves into channels to stretch opponents defence also set to close down more to force opponents into mistakes when making short distribution.

Opposition Instructions - Close down all opposition wingbacks/wingers/wide midfielders/strikers on the right/left.

Mentality : CONTROL - moves the ball around keeping possession patiently waiting for the right opening, lets the fullbacks attack and allows the more attacking midfield players to get into the opponents half/area .

Team Shape : FLUID - splits the team into attacking and defensive units but allows players from both units to move into a transitional phase when the opportunity arises.

Team Instructions - work ball into box, play out of defence and low crosses.. aimed at retaining possession. Player wider, push higher up and exploit the middle.. stretch the field allowing more space through the middle to penetrate. Stay on feet, prevent short gk distribution.. to compliment closing down quickly assigned to certain players. Lower tempo, be more disciplined.. to move the ball around keeping possesion and stick to the plan/tactical shape (discipline). 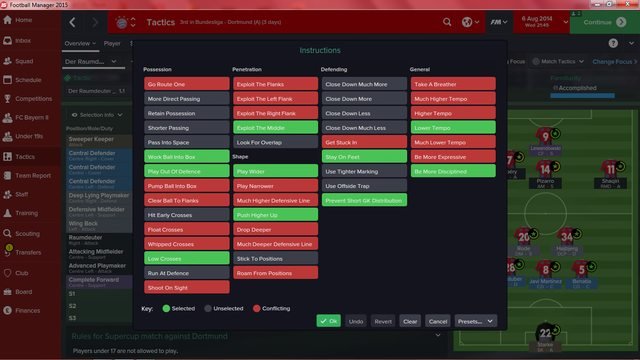 PRE SEASON - 50% match training until the tactic is fluid - I split general training between fitness - high, team cohesion - very high, 2 weeks of each.

Here are some screenshots of the tests I've done using Bayern.. 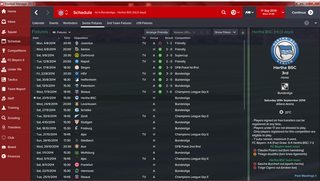 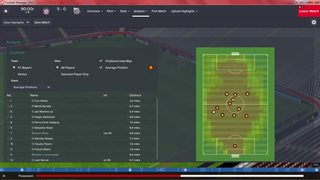 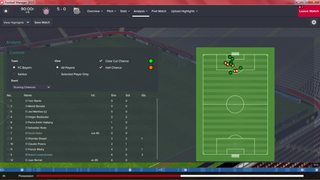 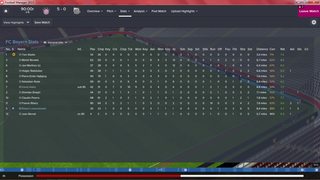 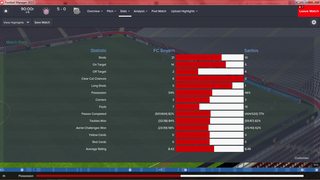 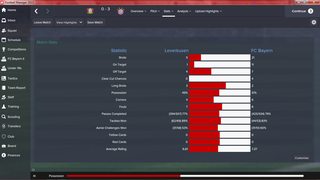 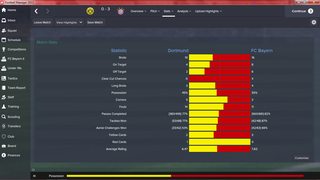 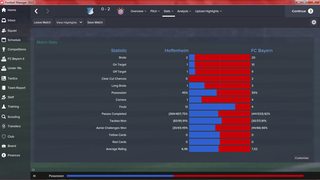 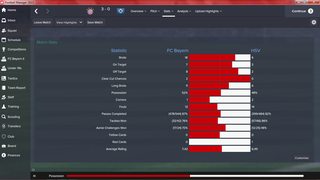 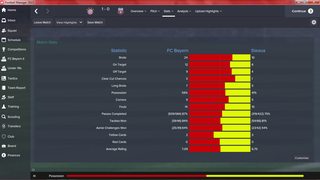 a couple of videos of the tactic in action... (BE SURE TO SET THEM TO HD TO WATCH PROPERLY)