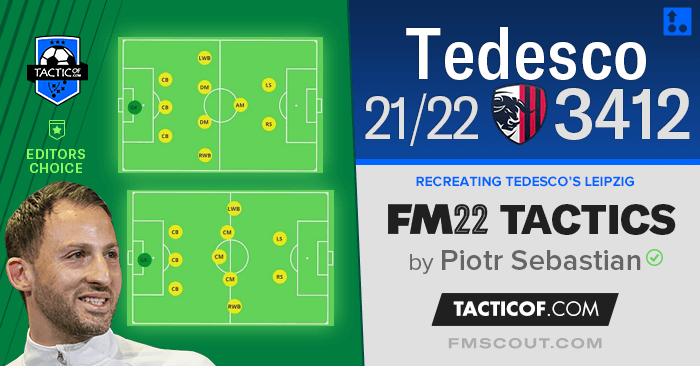 When taking over the team mid-season Domenico Tedesco reverted to playing with three defenders with RB Leipzig being able to switch from their initial 3-4-1-2 formation to a 3-4-2-1 very smoothly and quickly.

In both of these shapes the key is the movement of the offensive midfielders (Nkunku, Forsberg), who depending on the needs can either position themselves wider attacking the penalty area from wide zones or narrowly next to the advanced striker (Silva) and strongly rotating vertical entries and exits from the box.

RB Leipzig likes to play the ball out from the back with active use of central defenders, but usually does so with a sequence of quick passes to the center where the absolutely fundamental figure for the further development of the action is the deep-lying playmaker (Kampl).

His movement in the middle of the field increases the freedom of his partners and frees up space on the wings, but also allows the team to adopt a 3+1 play structure where the team gets two additional options: to create a wide diamond in the center or a channel for vertical entry into the opponent’s defensive zone.

During this time the defensive midfielder can go a little wider and a lot higher, giving Tedesco’s team better passing options, but most importantly freeing up space on the flanks, which seems to be the constant target of their rotations in the center.

Having lost the ball they are able to change their formation into 5-2-3 or 5-3-2 very fast without hesitating to switch to a medium or even low block.

After all in the first phase after losing the ball they use high pressing and many times we can catch them in a 1-3-4-3 shape, as their false nine becomes real one and leads the pressing. 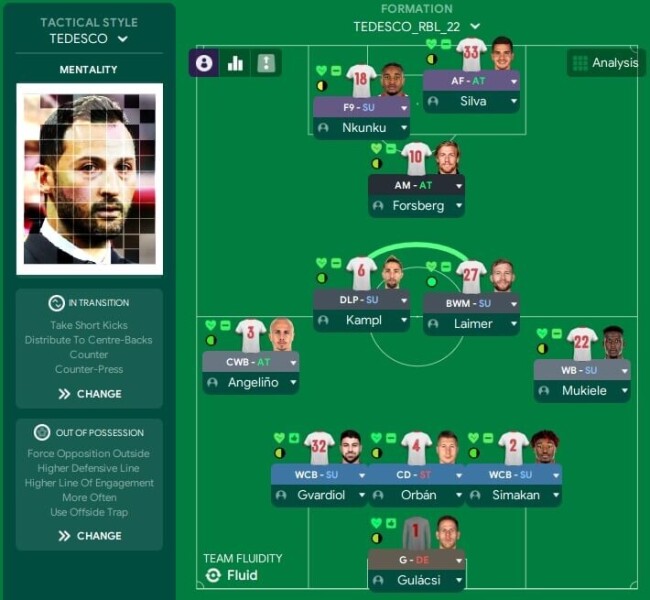 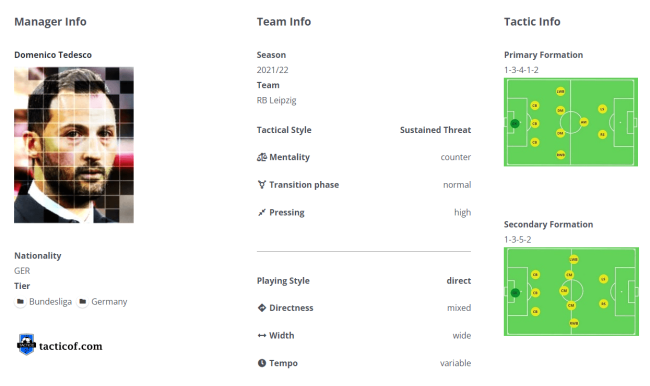