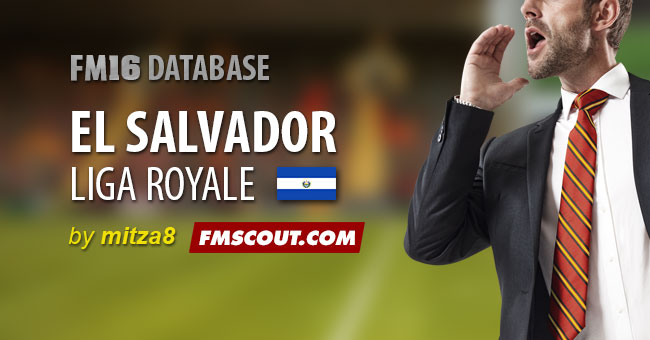 I have first started this project when I was playing FM 13. I felt it's time to move on, so I created it for FM 16 and thought it would be nice to share it.
Liga Royale is a top-tier league based in El Salvador, that replaces the former Salvadorean Primera. The old first league is now Royale's second, and the former second league is now the third. It is ranked 4th in the world and the teams have pretty high reputations as well.

There are 16 teams in the league, playing on a 2-round system, with the normal winter/summer transfer windows.