Russia are a team that have improved after sacking the highly paid Fabio Capello and having Leonid Slutiskiy manage them and CSKA Moscow. He took a side that had looked poor under Capello including a draw with Moldova and looked like they may not qualify. Slutskiy lead Russia to 4 wins in a row against Sweden Liechtenstein Moldova and Motenegro to claim second place and avoid a play off.

With Russia hosting the next world cup this will mark the first of three summers of international tournaments and the players will know that a good showing in the Euros would boost their chances of playing in a home World Cup. There will be a great deal of relevance to the U.K. for how Russia does as they will face England first and Wales in the last group game. This of course means that all of Scotland will be backing Russia to start with. Slovakia make up the group and Russia would expect to, and should, qualify from the group.

As an independent nation Russia first played in the 1996 Euros where they exited after being in the “Group of death” with Italy, finalists Czech Republic and winners Germany. Russia failed to make the next two tournaments before appointing Guus Hiddink to lead them in qualifying. They edged England to the second spot in the group to get to the tournament. Bouncing back from a loss to Spain Russia beat Greece and Sweden to claim a spot in the quarter finals. A 3-1 win after extra time over the Netherlands saw them into the semi final where the lost again to Spain. At Euro 2012 Russia failed to get out of a group containing Poland, Czech Republic and Greece. There most recent tournament was a group stage exit at the 2014 World Cup after getting two points from a group containing Algeria, South Korea and Belgium. As part of the Soviet Union Russia can claim a win of the first Euros winning the four team tournament in 1960. 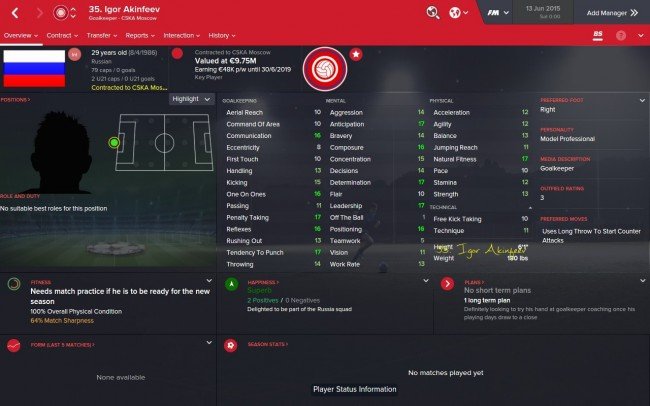 The CSKA Moscow goalkeeper will be the Russian Number one heading into the tournament holding an unwanted record of 37 Champions League games with out a clean sheet. Also having had a poor 2014 World Cup he enjoyed a strong league campaign with CSKA Moscow to ensure he would start for Russia at the tournament. A UEFA Cup winner, if Russia want to get a deep run in the tournament he will have to have some big games. 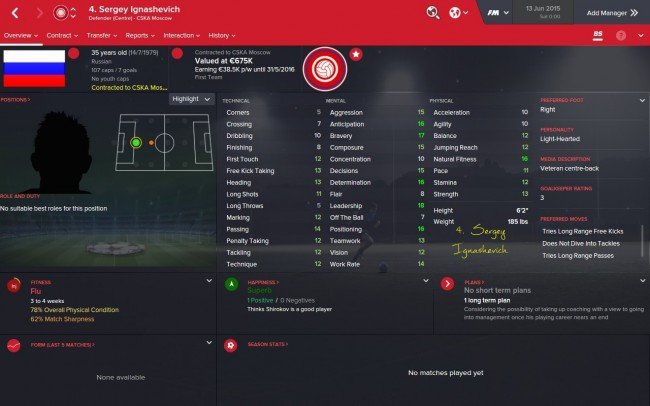 The key player in a very old Russian defence, the players are 27, 33/34, 33/34, 34, 29, 25, 29, 32,29 and 36. At 36 it could be his final international tournament although he may try and get to the World Cup. He will likely start at CB alongside Roman Neustader or Vasili Berezutsky and will have to show the qualities that have made him Russia’s all team leader in caps. Another CSKA player who will be under the same manager as his team and a victorious season in the Russian League. 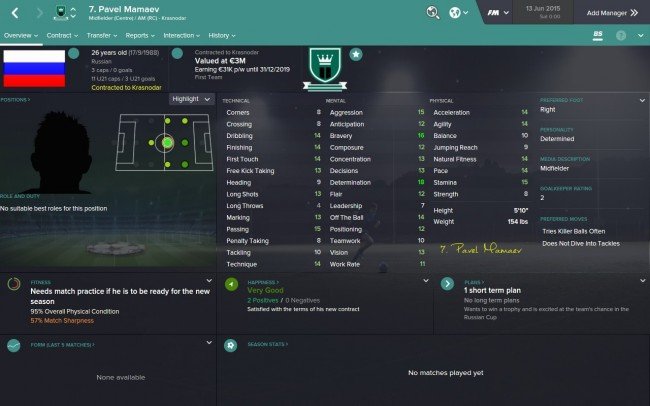 In 2012 he almost moved to Manchester United but, now playing for Krasnodar the 27 year old who can play across midfield may be put in the number 10 role and will have to try and make up for the loss of Dzagoev through injury. Having had a strong season Mameav could attract attention with a strong Euros and would like to grab his first goal for Russia in it. 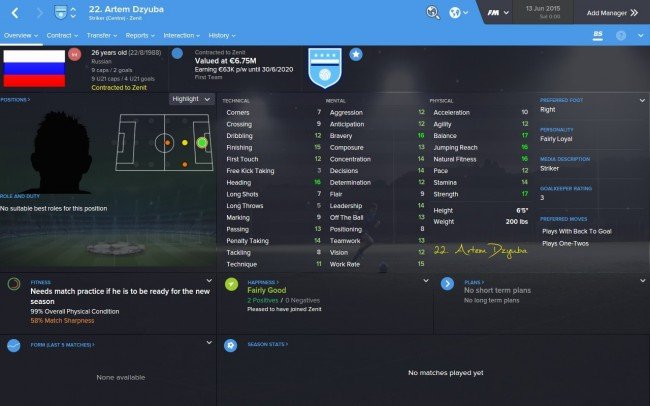 The man who called Hulk “Our favourite fatty” is clearly a brave player. He is also a very good one scoring 8 of the 21 goals Russia got in qualification. The Zenit striker scored 15 goals in the league this season, 4th most, and will likely start over the man who got the most Fedor Smolov. Dyuzba’s goals in qualification are the only ones he has scored for Russia who will be hoping he can blast them to glory. 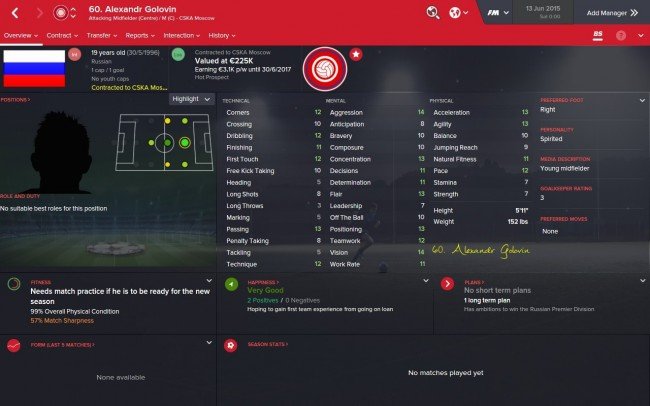 As he is the only player in the squad under 25 it had to be him really. Last year part of the under 19 Euros where Russia were runners up the Siberian born CSKA Moscow player will hope to have a breakout tournament is a youngster to watch for many people. Playing as an attacking mid he has 3 caps and two goals, a scoring ratio that he will hope to keep up in the tournament. 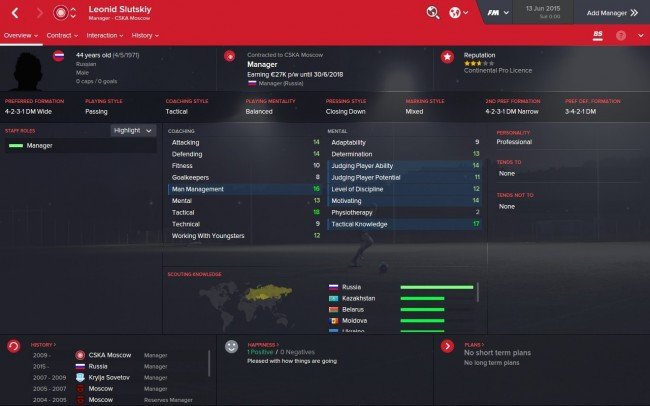 After his playing career ended at 19 when he fell out of a tree trying to rescue a cat Slutskiy turned to coaching. After leading CSKA Moscow to 3 of the last four Russian League titles he took over from an underperforming Capello and just used the same strategy he did at CSKA and it has worked just as well along with boosting morale.

According to FIFA rankings they are the worst team in the group and while Russia may not be great at tournaments they should get out of the group but, especially as they have a very old squad I can only see them winning one knockout gam