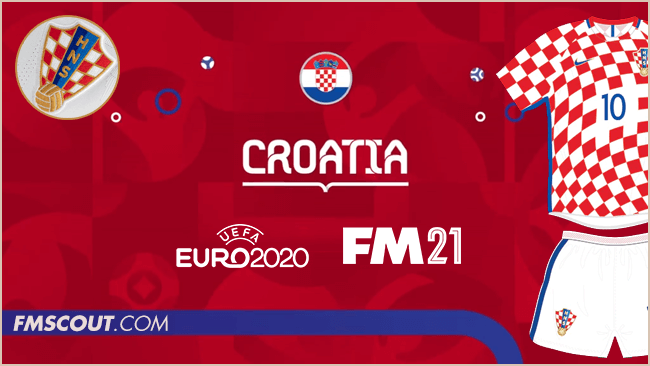 As a footballing nation, Croatia is still a relatively new entrant to the global game with just 25 years of history. Following the dissolution of Yugoslavia, the Republic of Croatia was formally recognised by both FIFA and UEFA as an independent nation in 1994.

In just their first tournament in Euro 96 the Croats qualified from the group stage to make the Quarter Finals, only to be eliminated by eventual champions Germany.

Their red checked shirts and flamboyant attackers caught the imaginations of football fans around the world. The team included Robert Prosinecki and Zvonmir Boban who provided creativity for the lethal goalscorer Davor Suker. Who can forget his delicious chop against one of the worlds best keepers Peter Schmeichel in a win over Denmark.

Outside of their 1998 World Cup debut, where they reached a stunning third place, there were consistent qualifications by Croatia which were ending in Group Stage eliminations. With the two exceptions at the European Championships succeeding in Quarter Final and Round of 16 appearances.

The World Cup of 2018 was a historic performance. Croatia reached the Final in an impressive run which galvanised a nation. Winning a group containing Argentina, Nigeria and Iceland they went on to dispatch both Denmark and Russia in tight games ending in penalty shoot out victories. In the semi-final they met England (breaking mine and millions of English hearts!) coming back from behind to win 2-1 in extra time with goals from Ivan Perisic and Mario Mandzukic.

In the final they struggled to handle a talented French side playing wonderful football and were outplayed losing 4-2. Despite this loss the players returned national heroes and Croatia cemented themselves as a top tier side in global football.

Recent performance in the 2020-21 UEFA Nations League however has been less impressive. Losing 5 out of 6 games including heavy 4-1 and 4-2 losses away to Portugal and France respectively. Their World Cup Qualification campaign also started in defeat at Slovenia 1-0 in March but was followed up with wins in Zagreb against Cyprus and Malta. Expectation will demand more this summer.

In 1991 Croatia declared themselves as an independent nation during war and national tensions with then Yugoslavia. With a population of 4 million people the country is located in Southeast Europe and is a multicultural society. Their culture has been influenced by both western and eastern traditions and a lot of the local architecture is inspired by neighbouring countries such as Hungary and Austria.

Capital city Zagreb is the host of the most successful domestic football club GNK Dinamo Zagreb who have won 22 league titles. A beautiful European city, by far the largest in Croatia, was sadly experienced a large earthquake in 2020. Numerous buildings and districts were damaged including the tallest building in the country the Zagreb Cathedral.

Croatia has become a popular holiday destination much to its warm climate, beautiful cities and picturesque scenery. Many cities have become iconic amongst tourists due to the stunning locations used for television and literature phenomena Game of Thrones. In particular, Dubrovnik in was used for the centrepiece of the fictional capital city Kings Landing. Using the cities Old Town for filming of the show. 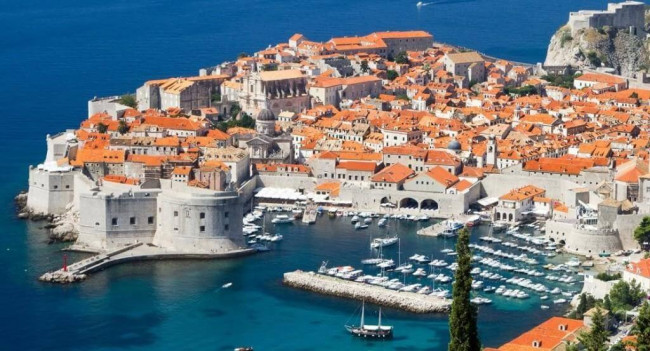 In his fourth year in charge the 54-year-old Zlatko Dalic leads Croatia to a second major tournament under his tenure after the successful runner up campaign in the 2018 FIFA World Cup. As a player he collected 232 caps for the international team playing his football in the Croatian homeland for Varteks and Hadjuk Split.

His long managerial career has seen him manage in Croatia, Albania with a successful run in Saudi Arabia and the United Arab Emirates winning domestic trophies for Al-Hilal and Al-Ain.

With the Croatian national team, he has preferred to use a flat back 4 formation. He tends to alternate between a single man or double pivot central midfield utilising their technical capability to keep the ball and create a free reign position, usually afforded to Luka Modric.

The wide players can be used as wingers or inside forwards as required. Perisic, Rebic and Kramaric and Orbic can all be deployed in either wing depending on the framework for attack.

Tactically not a lot has changed since the heights of that final night in Moscow from 2018. Multiple retirements from international football have forced changes upon the ageing team. Goalkeeper Danijel Subasic, left back Ivan Strinic, playmaker Ivan Rakitic and striking legend Mario Mandzukic have all called it a day and opened up positions of opportunities for new blood.


The man taking on the mantle of the big goalscoring boots of Mandzukic looks likely to be 26 year old Bruno Petkovic of GNK Dinamo Zagreb. Boasting an international record of 6 goals in 13 games the European Championships present him with his first summer international tournament.

In the Nations League in particular Croatia were leaky at the back against top opposition.

Much of their hopes this tournament will again rely on the midfield controlling possession and chances coming from the brilliance of Modric and down the flanks. 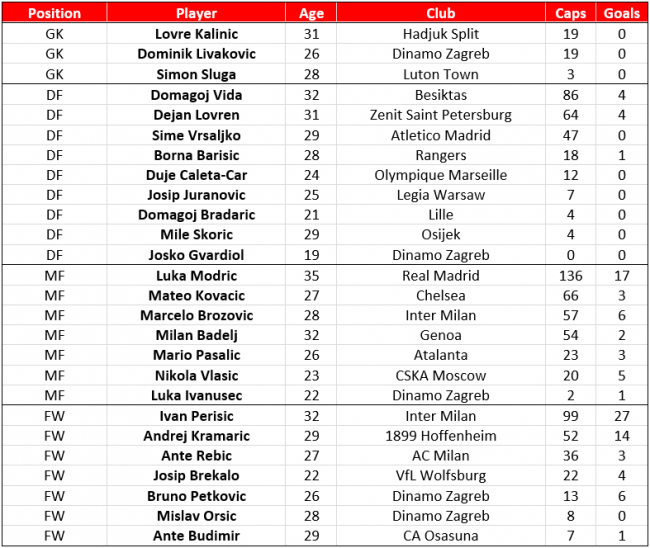 Winner of the 2018 World Cup Golden Ball and the highest capped Croatian player in history Luca Modric. Despite being 35 when the tournament starts the Real Madrid playmaking midfielder is still the heartbeat of the Croatian side.

A technically gifted playmaking midfielder, he can either sit deeper and dictate tempo and control the game or in a more advanced role helping to unlock a defensive unit.

In the season just finished for the Los Blancos he amassed 48 appearances, his most since 2013-14. His importance to the club is highlighted by a one year contract extension to ensure he remains at the top level of world football for one more year.

In Football Manager he is recognised as a world class midfielder, with a resilient personality. An attribute 19 for passing and first touch coupled with an 18 for technique and vision make him highly technical. With super strong mental stats if combined with a more physically athletic

Austrian born central midfielder Mateo Kovacic has risen to the top levels of the European game. At club level he has won 4 UEFA Champions League titles as a key playing squad member for Real Madrid and now Chelsea.

Kovacic signed for Chelsea in 2019 from Real Madrid after a year long loan at the London club the previous season. Since the appointment of Thomas Tuchel this season, he has been a mainstay in the central midfield considering the clubs many talented options.

He recently missed about a month in April / Early May with a hamstring injury but looks to be fully recovered playing 10 minutes in the recent Champions League Final closing the game against Manchester City.

Tactically he tends to play from more of a defensive position and possesses excellent technical and dribbling abilities. He likes to drive forward from a deep position and maintains high level of passing and distribution. This is highlighted in his attributes and traits in the game with a wide array of qualities.

With both Lovren and Vida creeping into their thirties he provides a youthful option and has a realistic potential of starting.

His Football Manager attributes are solid and he possesses great height with good heading and jumping reach. Reasonably valued at £8.25 million he is affordable for any European chasing potential backline.

Croatia based on recent history are certainly a difficult proposition for any team. The squad continues to age in it’s strongest areas and there is a feeling they are weaker than they were in 2018. However, Croatia are a dogged, dangerous knockout opponent not to be underestimated.

England and Scotland on home soil will pose different problems and Czech Republic won’t be a walk in the park either. If Croatia win the group then they would earn a last 16 tie against second place in Group F. Marked as the ‘Group of Death’ it contains France, Germany, Portugal or Hungary. It seems scant reward for topping Group D.

With the fallback of a third-place team qualifying from the group, it should mean they advance to the knockout stages.

Looking at potential knockout matchups then expectation would suggest a last 16 or quarter final might be the most Croatia can hope for. Odds at time of writing at around 33-1 with bookmakers also place Croatia as outsiders. But as the recent World Cup finalist a nation will be hoping they can recapture the magic of 2018.

I really enjoyed researching and putting this article together for the FMScout team. Hope the review was informative and helps with your enjoyment.

My name is Sam and I am relatively new to blogging and online content. I create under the handle UpTheFMDucks. The name is inspired by the magical ducks themselves, Aylesbury United. I run a Football Manager blog, where I track game by game the clubs’ fortunes in the lower leagues.

It’s a fun journey and I try to add some humour to events. Particularly over on the Youtube channel where cheeky, satirical commentator George provides commentary highlights of each of the ducks matches. This can be seen at https://www.youtube.com/channel/UCnDp8WfyhEYanxCRH6AlQUQ

The website also includes statistical reviews of the recently completed 2020-2021 season, providing stats and analysis of each clubs efforts. I also review football shirts including those newly released kits, all graded with duck points. Recent efforts from AC Milan & Arsenal are already up on the website.

Am interested to hear feedback on the article and I do enjoy conversing with people in the football community on twitter.
The handle over there is @upthefmducks. Hope to speak to some of you soon.