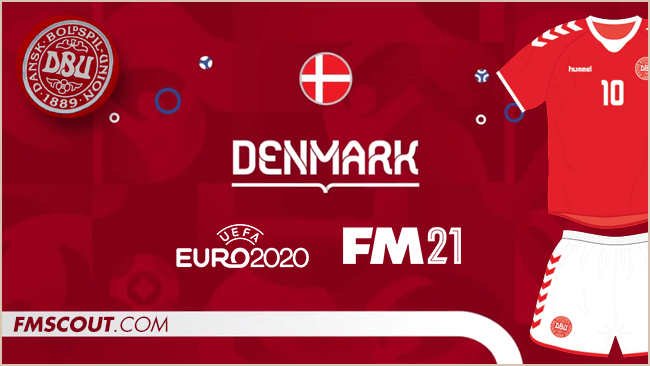 29 years on from their incredible dark horse campaign in Euro 1992, Denmark look to repeat the stunning achievement of lifting the European Championship Trophy.

The homeland of Ragnar Lodbrok:

A small country of both Norse and Germanic heritage, the small population of 5.8 million have perhaps most been known throughout history for the Viking ancestry that has carved its identity into the coastal country.

With arguably the most famous Viking in history as its former king, the reputation of fear that lasted for centuries has helped modern-day Danes put ferocity into their sporting achievements such as the success of former world number 1 tennis player Caroline Wozniacki.

You are never more than 30 miles from the sea wherever you are in Denmark and there are fishing villages aplenty around its coastline, making the export of seafood one of its biggest incomes.

The picturesque harbour of Nyhavn is sure to delight anyone who visits with its famous colourful buildings and boats, and along with the iconic taste of a danish pastry you will truly feel the spirit of Denmark.

With globally known stories such as the little mermaid, the emperor’s new clothes, the ugly duckling and the princess and the pea, Hans Christian Andersen is one of Denmark’s most well-known celebrities and contributed massively to making the Danish capital city of Copenhagen a centre of literary and poetic culture and the creative arts.

This is further exhibited by the talents of Lukas Graham, Nikolaj Coster-Waldau and Mads Mikkelsen reaching global recognition. Being awarded second place in the happiest country of the world competition, finishing only behind Finland, is a deserved and merited label that truly signifies the respect this progressive and amicable country deserves.

Entering their 9th tournament, the Danes will be looking to better their last appearance when they were knocked out in the group stage in Kiev back in 2012.

Boasting a respectable record of 4 quarter finals in 8 attempts so far, Denmark has garnered a penchant for sneaking their way up the rankings as teams continuously underestimate them, giving them a 50% success rate of getting out of the group stage.

Finishing in the last 8 in 1964, 1982, 1992 and 2004, they are due a successful campaign after failing to qualify for the 2008 and 2016 championships, which sandwiched an early exit from the tournament in 2012 after being drawn in a group with the Netherlands, Portugal and Germany.

However, most Danish supporters will be hoping that the squad that included Peter Schmeichel, Henrik Larsen and Brian Laudrup will inspire the current team to recreate the heroics that was seen in Sweden almost 3 decades ago.

Being a part of the exclusive 10 winning countries means that there will be a certain amount of pressure to ensure the times of success are not just in the past but also in the future for this small nation.

They earnt their way into group B by going through the entire qualifying stages unbeaten, winning 4 and drawing 4. Since losing to Croatia in the World Cup, Denmark have won or drawn over 20 times in 24 games.

Denmark are at 33/1 odds to win the tournament with only Turkey and Ukraine having lower odds.

Starting their campaign in a group with Belgium, Russia and Finland, the Danes are expected to be fighting with Russia to claim second place in group B. With a large consensus that Belgium will win the group, it is going to be a tight battle between the remaining three teams to sneak into the next round.

Despite being rank outsiders, they have a penchant for being underestimated and will be hoping they can take full advantage of this and surprise a lot of unsuspecting teams.

Kasper Schmeichel – The name Schmeichel has been respected for years as the second generational keeper has lived up to the lofty heights his father left.

From being a championship-level keeper to a Premier league and FA cup winner, Kasper’s rise to the top of the game has been meteoric. His class was most noticeable in the recent FA cup final in which he pulled off two world-class saves, one late on in the game, and most likely secured the victory for the Foxes.

Helping establish Leicester as a regular top six side in the league, the 63-time capped veteran has proved his credentials again and again, making every side he comes up against hoping he will be having an off day.

Andreas Christensen – Coming off the back of winning the Champions league, Andreas will be hoping he can bring his winning mentality into the Danish dressing room and inspire his teammates.

Despite only being 25, he already has 39 caps to his name at the heart of the defence. Adding the 263 professional appearances he has accrued at club level in Germany and England, Christensen will have little trouble helping marshal the defence and ensuring that very little gets past the backline.

Christian Eriksen – Despite recent troubles at club level, the quality that Eriksen still possesses is clear to see for all.

A perfect example for the moniker “form is temporary, but class is permanent”, his ability to produce a moment of magic means he can turn a game on its head in seconds. The playmaker has a remarkable arsenal of passes and shots which allows him to make an impact on the game from anywhere on the pitch.

Playing at the top level for years now, the 29-year-old has just helped Inter Milan win their first Serie A title in over a decade, after helping Tottenham reach their first Champions league final. Any opposition will have to work extra hard to keep Eriksen from pulling the strings in any Denmark’s games.

Head coach Kasper Hjulmand has been in charge for less than a year after taking over Age Hareide in the summer of 2020. Since taking charge, Denmark have won 8, drawn once and lost twice- a respectable record that sees them enter the Euro tournament with high confidence in their ability.

Usually reverting to a 4-2-3-1 formation, a solid defence and creative attack sees the Danes create a balanced approach to their game.

With a physically dominant defence being able to make sure any aerial threat is limited, and a mobile midfield duo of Thomas Delaney and Pierre-Emile Hojbjerg working hard to break up any passing play, very few teams will be able to break down the well-drilled danish side effectively and will have to make the most of the chances they do get.

Having Christian Eriksen as their attacking linchpin, the myriad of fast wingers the Danes have will not be short of supply as they attempt to work the ball to one of Yussuf Poulsen, Kasper Dolberg or Jones Wind.

Having three clinical and hardworking strikers allows Hjulmand the opportunity to rotate the three to maximise their effect against each opponent and allows him to know that if one is slightly struggling, he has two options who are just as good.

Being able to attack through the middle or down the wing, the variety of the Danish attack makes it hard to limit as the Danes make sure to create space in a structured and organised fashion.

A team that breathes unity and will give 100% effort for each other, Denmark has the ability to go toe-to-toe with the top teams and will be looking to make sure people don’t forget who they are.

I hope you have enjoyed reading about the incredibly uplifting team of Denmark and will be joining me in supporting the red and white in this years European Championship.
If you’d like to read more of my articles or help support me then please just follow my Twitter page ‘@JoshStewart47’.

If you would like to get in contact and enquire about me writing an article for you please email [email protected] Thank you for reading this and I wish you all well. As the Danish would say, “tak og farvel!”