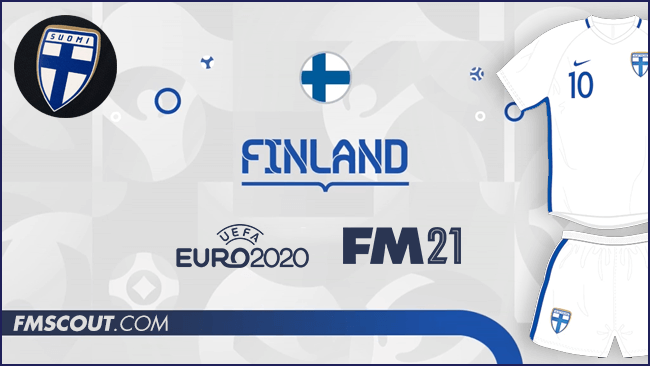 With a population of just 5.5 million inhabitants, perhaps it’s no surprise that it’s taken so long for Finland’s national team to qualify for their first major tournament. Finnish football fans have watched on patiently whilst nearby nations Iceland and Latvia have made their international tournament debuts.

This summer, Finland fans finally get to cheer on their nation at The European Championships.

Whilst the wait to participate in a major tournament has been long, Finland is no stranger to sporting triumph. Historically, this is a competitive Olympic nation, excelling in Winter sports such as Ice Hockey and Cross-Country Skiing as well as in field events at the Summer Olympics such as Javelin, where Finland have amassed nine gold medals. Throw in successes in motorsport and this is clearly a nation of sporting pedigree.

However, when it comes to football, this summer marks the national team’s greatest accomplishment to date.

Finland has produced its fair share of footballing exports, including the likes of Ajax icon Jari Litmanen, former Liverpool captain Sami Hyypiä and Chelsea forward Mikael Forssell. However, none of these star names were able to lead their nation to qualification for a major tournament.

The current national team may not possess an individual of the calibre of Litmanen, but as a collective they have formed a robust team that is difficult to break down and is potent when countering.

Spearheaded by Norwich City forward Teemu Pukki, merely qualifying for the Euros may not be the extent of their ambitions. 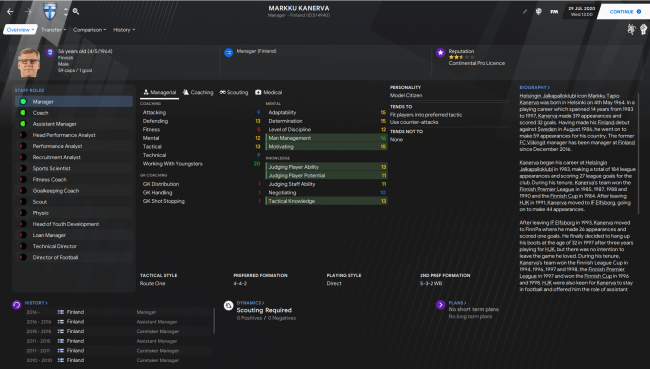 Head Coach Markku Kanerva took charge of the national team in 2016, during a calendar year where the national team failed to register a single victory. Kannerva, a former defender and school teacher, won 59 international caps during his playing career.

His coaching journey is not dissimilar to England coach Gareth Southgate.

A spell as assistant coach at HJK Helsinki was following by a stint in charge of Veikkausliiga side FC Viikingit. Between 2004 and 2010, Kanerva took charge of Finland’s Under-21 side, leading the junior side to the 2009 European U21 Championships.

A five-year apprenticeship as assistant manager of the senior national side followed, interspersed with spells as caretaker boss, before Kanerva finally took charge of the senior team.

Kanerva favours a pragmatic style of play. He sets the national side up to be difficult to break down and expect Finland to be well organised and hard working.

During his time in charge, Kanerva has deployed two central attackers in his team selections, with Teemu Pukki being used in tandem with a strike partner.

For much of Kanerva’s reign, Finland adopted a 4-4-2 formation, but they are likely to deploy a 5-3-2 this summer against their opponents in what is a tough group.

Finland rely more on teamwork, tactical discipline and work rate more than the individual brilliance of a star name. That said, arguably the player they could least afford to lose to injury in the lead up to the tournament is Norwich City forward Teemu Pukki.

The 31-year-old led something of a nomadic existence before joining The Canaries, having spent time in Spain, Germany, Scotland and Denmark before arriving in Norfolk.

His twenty-six league goals for Daniel Farke’s side helped fire Norwich to The Championship title this season, allowing Pukki to test himself in the Premier League once more next season, having scored eleven times when he last played at that level.

His tireless running and ability to convert half-chances off either foot will be key to Finland’s hopes this Summer.

The national team are captained by Tim Sparv, a rangy, veteran midfielder who spent time in the Southampton youth set-up alongside Theo Walcott.

Sparv left Southampton without making a senior appearance, but spells with FC Groningen in The Netherlands and Greuther Furth in Germany were followed by a successful period in Denmark with FC Midtylland where he won three league titles.

In addition to captaining the side, Sparv will act as midfield organiser and is an efficient distributor of the ball.

As underdogs at the tournament, Finland may need to rely on their goalkeeper during their three group games. Fortunately, they can call on the experience of Bayer Leverkusen keeper Lukas Hradecky.

The Slovak-born stopper is tall and agile and spent time in Denmark before moving to Germany to sign for Eintracht Frankfurt, before transferring to current club Leverkusen. His experience is likely to be vital if Finland are to qualify from their group.

Finland have been drawn in a tough group alongside Denmark, Russia and one of the tournament favourites, Belgium.

Qualification for the knockout rounds will be a challenge, not least because their opening fixture against Denmark is being played in Copenhagen, whilst their second group game against Russia will be held in St. Petersburg.

If Finland go into their final group game with Belgium with a chance of qualification, their supporters will have been treated to a memorable major tournament debut.