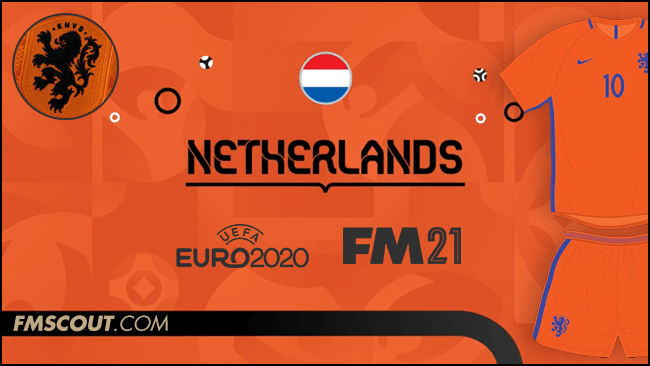 The original submission was a PDF with black background and more pictures as part of the layout. While it's not possible to 'translate' all that in the article below, you can see how that looks like HERE.

"The only team I've seen that did things differently was Holland.”
That is a direct quote from Brazil captain in the 70's Carlos Alberto.

When you think of football in the 70s you like me probably think of Brazil,Pele or Chelsea vs Leeds (The opposite of total football) Brazil were phenomenal. But even they recognised the beauty of The Netherlands way of playing.

Pep Guardiola is arguably the best football manager in modern history. His obsession with the beautiful game and the right way to play has changed the face of world football.

Though he quite literally changed the way teams play especially in England, Pep did not invent this way of playing. Playing out from the back has been around longer than you may think.

Despite what Sky and Gary Neville may tell you, Football did exist before the premier league in 1992 and total football existed before Pep Guardiola.

Pep him self literally said: "I would not be here without Johan Cruyff."

The influence that Oranje had on our beautiful game is gargantuan. How can a Nation that created 'total football' have only won 1 major trophy? The nearly men of international football have been to a record 3 world cup finals without winning the tournament losing to West Germany, Argentina and Spain.

Despite a glittering 70s for The Netherlands they they failed to qualify for 3 of the 5 international tournaments in the 80s until Euro '88.

They did in fact win said tournament by defeating the Soviet Union in the final. Goals from Ruud Gullit and Marco Van Basten crowing Holland European Champions.

The Netherlands are a giant of international football and they command respect. Despite their history they have failed to qualify for the last 2 international tournaments. How long can they live off the 'total football' mantra when really it no longer belongs to them, it belongs to the game.

The Dutch national team does not have a national stadium but plays mostly at the Johan Cruyff Arena. It played host to the first Dutch international game back on March 29, 1997, a 1998 World Cup qualification match against San Marino which the Netherlands won 4–0.

It was formally called the Amsterdam Arena until 2018 when it was renamed in memory of Johan Cruyff.

The Netherlands is the home of cultural icons such as Vincent Van Gogh, Anne Frank, Eddie Van Haelen and of course Robin Van Persie.

A varied and lively people, The Dutch are world renowned for their artistic nature being amongst the greatest the world has ever known. Society as a whole is very independent and modern.

Many believe in equality for all, yet focus on individuality more than community.

A population and a football team that just oozes class. We should all be a tad more, Dutch.

Despite a long and rich history in the competition, the Netherlands head into the summer looking for their first win in a European Championship game since 2008.

The Oranje lost all three of their group games at the 2012 edition in Poland and Ukraine before they failed to qualify at all for France 2016 — they subsequently missed out on the 2018 World Cup in Russia, too.

But the Dutch have been resurgent recently, finishing as runners-up to Portugal in the inaugural UEFA Nations League, while qualifying for this summer’s festival of football with just one defeat from eight games.

So, what can we expect from the Netherlands at Euro 2020?

Frank De Boers start to life as Holland manager wasn't the best. Four defeats in four games coming off the back of what was a downward spiral for his coaching career., though since then he has lost just once in seven games with four victories. Those victories were against so called smaller nations but winning breeds confidence right?

Frenkie De Jong
The newest Dutch maestro to bring total football back for The Oranje has been given a more creative role under Frank De Boer. De Jongs ability to recycle possession and press could be key. 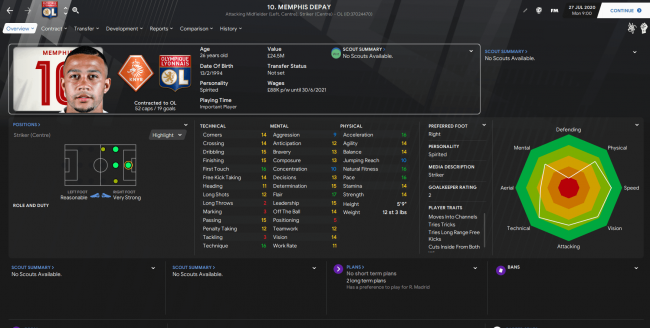 Memphis Depay
Rejuvenated at Lyon and Holland's goal getter will be looking to shine in the Euros. Maybe a dark horse for the golden boot? He'll be trying his best with the possibility of finally getting his move to the Camp Nou.

Matthijs De Ligt
In the absence of Liverpool's Virgil van Dijk, De Ligt will be even more crucial to Netherlands and head coach Frank de Boer this summer.
He was the captain of Ajax at 19. He has the personality to do that, with Giorgio Chiellini as his mentor he understands what the country asks from him, On and off the pitch.

I conducted an experiment on Football Manager recreating how Frank De Boer has set up his side and his tactic. 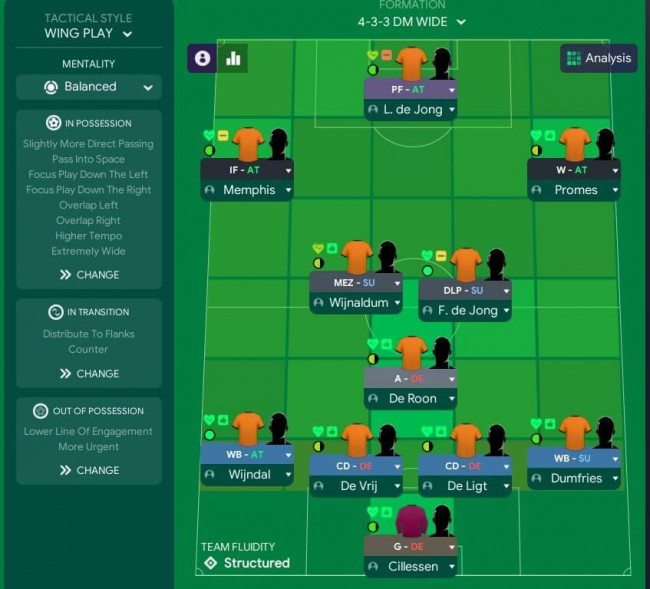 I then went on holiday to see how they would get it on.

Now obviously this isn't exactly how they will play in the euros, but this tactic was created using information gathered by real experts on The Netherlands games against Spain and Turkey.

De Boer likes to get the ball down the wings and slow the pace down in games. So in this experiment I just used the default wing play tactic and picked the XI I think The Netherlands may start with in the tournament.

I returned from my football manager holiday to see Holland had crashed out to Italy in the quarter finals, which I think is very respectable.

PSV Winger, Donyell Malen was the stand out performer with 5 goals.

The potential is the there for total football for sure but this isn't the 70's and Frank De Boer isn't Johan Cruyff or even Pep Guardiola for that matter.

With the players in their squad and even without Virgil Van Dijk I think they should top the group with ease. But do they have the manager?

It wouldn't be surprising to see Holland in the last 16 and possibly beyond, but as soon as they come up against one of the 'bigger' nations I think they'll come unstuck.

I also wouldn't be surprised if they become the 'shock' exit early on. It really could go either way.

So let me get off the fence.

I think The Netherlands have enough to make the quarter finals which will be a triumph and maybe a step in the right direction to reclaiming 'total football' but without Virgil Van Dijk and question marks over Frank De bOers coaching ability then it'll be afscheid in the last 8 at a push.